We Women Spouse didn't want a baby - after the divorce, Emma, ​​29, decided to have a baby alone and bought three lots of sperm

Self-motherhood was the right option for Emma Räkköläinen, who had always wanted a child.When the five-year relationship ended, 28-year-old Emma Räkköläinen made the biggest decision of her life. A month after his resignation, he set aside his first time for an infertility clinic. Emma had wanted to be a mother for as long as I remembered. It felt more natural than anything else in the world. The boyfriend, on the other hand, hesitated. She already had a daughter from a previous rela 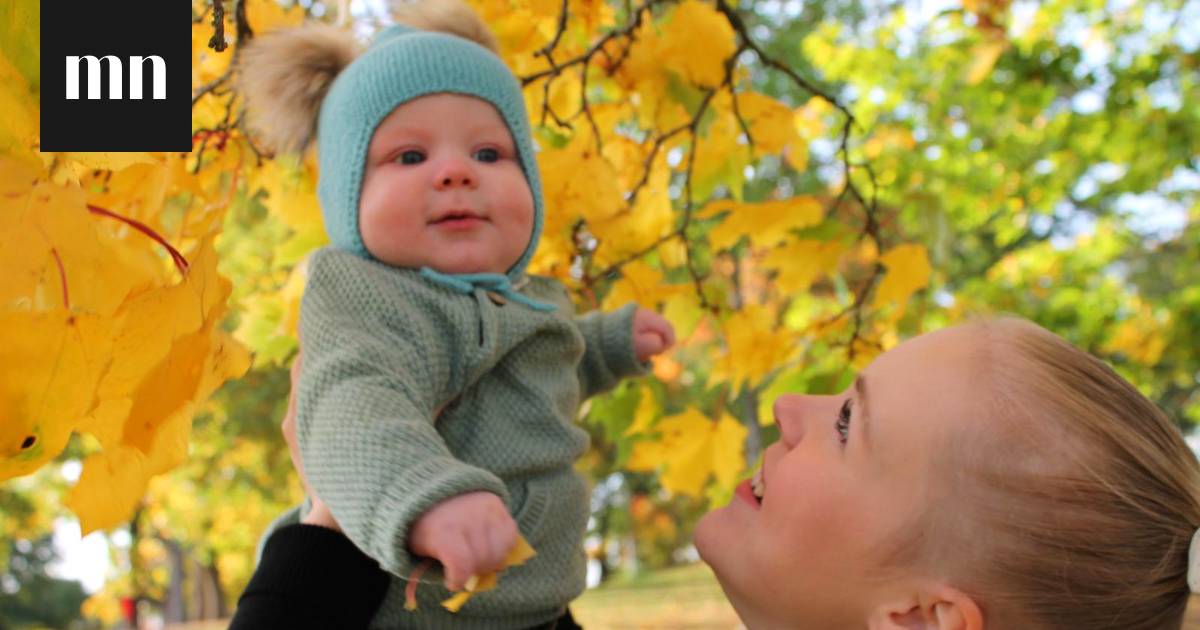 When the five-year relationship ended, 28-year-old Emma Räkköläinen made the biggest decision of her life.

A month after his resignation, he set aside his first time for an infertility clinic.

Emma had wanted to be a mother for as long as I remembered.

It felt more natural than anything else in the world.

The boyfriend, on the other hand, hesitated.

She already had a daughter from a previous relationship.

- We had talked about children together, but he had always said that not yet, let's see, Emma says.

In late 2018, Emma announced that she finally wanted answers.

The boyfriend promised to think, and in early 2019, she told her decision: she wouldn’t want any more children.

Not with Emma, ​​nor with anyone else.

The couple calmly discussed the options and soon ended up resigning.

Receipts have not yet been counted

- I was thinking that there would be cheaper ways to have a child, Emma laughs.

- Look for someone with a one-night stand at the bar or someone you know who would have agreed to the child.

But I felt that they were somehow arguing with my own thoughts.

After the divorce, Emma began researching what opportunities are available for a single woman who wants to be a mother.

Insemination with sperm cells from an unknown donor sounded appropriate.

One batch of sperm costs 500 euros.

Emma immediately bought three batches at a time, in case she had to try more often.

- All the receipts are there, but I still haven't dared to calculate how much they will total.

I would think the amount is about 4000 euros.

Money was required not only for the sperm and treatments themselves, but also for the research initially required.

If you want to be an independent mother, you have to go to introductory meetings, interviews with a psychologist, various blood tests and ultrasound examinations.

Since the end of 2019, insemination treatments have been offered to single mothers in Finland also in the field of public health care.

Emma knew about the future opportunity, but did not want to wait for the change to take effect but decided to act immediately and pay the costs herself.

The family trusted to survive

Help was also provided by my own parents.

- Immediately after the resignation, I talked to them and said carefully that even such solutions can be made, Emma says.

- As if I tried ice with a stick and watched how they would react.

The parents were immediately encouraging.

They thought Emma was responsible and would be a great mother.

They wanted to contribute to the costs and promised to be supportive at different stages of the process.

It didn’t work, and the next one was done in July.

Another attempt succeeded and Emma got pregnant.

It had been six months since the resignation.

After the divorce, Emma didn’t want to start looking for a new partner with whom the child dream could be realized.

- I didn't want children to be made right at the beginning of a fresh relationship, he says.

He was confident he could handle himself.

The support network was strong.

Even her ex-boyfriend supported her in the decision.

The family can still grow

She is laughing and temperamental, Emma describes.

It has not been easy, as Aatos has a milk allergy and sleep has been poor.

- There are nights that I have been sleeping a maximum of half an hour, Emma says.

- Yes, fatigue makes me listen to other parents sometimes, who complain that they only slept for four hours.

I know I chose this myself, but yes, sometimes it’s frankly annoying that there aren’t other adults sharing the burden.

When I ask, I just don’t know who the father of Aatos is

Emma doesn't have time to think about the relationship yet, but that time will probably come in the future.

Even if no partner is found in the next few years, Aatos can still have siblings.

There is still one unused sperm lot purchased by Emma and it is awaiting possible use in the clinic.

At the moment, however, the family is two-person, and Emma doesn’t feel the need to hide the matter.

- I've decided to talk about this openly, because I would have myself longing for more practical experience and knowledge when I planned to take up the self to become a mother, Emma explains.

- When I ask, I'm just not knowing who Aatos' father is.

Emma can never find out the identity of Aatos' biological father herself.

The information is only passed on to the child himself when he is an adult.

Despite the fatigue, Emma is happy with her solution and says she would not change anything in her situation.

Her parents help care for Aatos weekly so that Emma has a couple of hours to sleep and be herself, and every now and then she gets one full night of respite.

With the ex-boyfriend, the intervals are warm.

As promised, this too has been supportive.

- Sometimes we are upset that things had to go this way.

But I do not wish, for example, to have persuaded him to have a child anyway.

I am happy to do just that.

Since the autumn of 2019, fertility treatments have also been offered to single mothers in public health care.

On the public side, the upper age limit for treatments is 40 years for a woman.

The LapSi - Childless Singles Facebook group is a community founded in May 2020 that serves as a meeting place for everyone who dreams of a child, regardless of their relationship status and gender.

The group deals with independent motherhood, partnership parenting and other forms of family.

Members can also look for a traditional relationship or partner and share their own experiences.

The founders hope that by sharing information about the options, more and more people would have the opportunity to become parents.