Now is the time for autumn plantings: 3 mistakes to avoid

Now is a good time to plant berry bushes, apple trees and other perennials. An expert will tell you how to avoid the most common mistakes in fall planting. 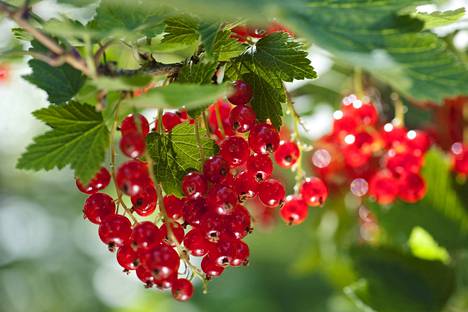 It is often forgotten that autumn is an even better planting time than spring.

Seedlings planted during September have time to take root before winter and start growing early in spring.

For example, berry bushes planted in the autumn can offer a harvest as early as next summer, Kekkilä reminds.

In addition, the cooling weather in the fall makes it easier to care for new plantings.

The ground is moist and plush in the autumn already ready.

This makes it less waterable and easier to dig.

However, some mistakes can be made with autumn plantings.

Mistake 1: You plant an apple tree in a shady spot

When planting perennial trees and shrubs, you should choose the place carefully.

Both fruit trees and berry bushes thrive in a sunny, sheltered and warm location.

In the shade, flowering and with it the harvest remains weak.

It is also a good idea to weed out the planting site so that the new seedling does not soon remain in the shade of the weeds.

It is also not worth saving in the thickness of the growing medium.

- The faster the plant takes root, the better it can withstand the cold of winter, tips garden adviser Kerttula in the press release.

According to Biolan's Kerttula, rooting is accelerated by planting soil containing mycorrhiza.

At the time of planting, the plant is fertilized.

Timo Taulavuori, CEO of the Finnish Garden Association, calls for the use of scarce or nitrogen-free fertilizer for basic fertilization.

Unlike other useful plants, blueberry thrives in acidic soil.

The soil in which the blueberry grows is grown is improved by coniferous soil that is less calcified than ordinary garden soil.

Mistake 2: You don’t figure out which growth zone the plant thrives on

Most fruit and berry varieties are sustainable in southern and central Finland, but the further north you go, the better the plants should tolerate the cold.

If the plant to be planted is on the verge of its success, it is worth planting it well in advance of the frosts, so that there is as much rooting time as possible, Kerttula guides.

- Success zones have been defined for woody plants, I-VIII.

On the north side of Kuopio and Seinäjoki, it is worth checking that in the patch of the trout to be planted, the success zone is V – VIII, while on the south coast, you can try the plants of zone I.

Mistake 3: You forget to water the seedlings in the fall

Before planting the seedling is watered thoroughly.

In addition, ten liters of water are poured into the planting pit for vines, 20 liters for shrubs and 30-40 liters for trees.

The water is absorbed into the surrounding soil and attracts the plant to grow the roots deeper.

If it doesn't rain, the autumn plantings are watered at least once a week. Photo: Kimmo Räisänen

In autumn, the seedlings need less watering than in spring, but watering must be taken care of, especially if the autumn is rainless, the Garden Association's Taulavuori reminds.

If it is not raining, autumn plantings are watered at least once a week.

According to Biolan's Kerttula, the country's water supply can be increased by adding biochar to the planting soil.

- Porous carbon absorbs water many times its weight and gradually releases it to plants.

Especially in sandy and clay soils, the addition of biochar improves the structure and water economy of the country.