The crushing loss was too much - Barcelona fired his coach, a successor trying to capture the Dutch national team 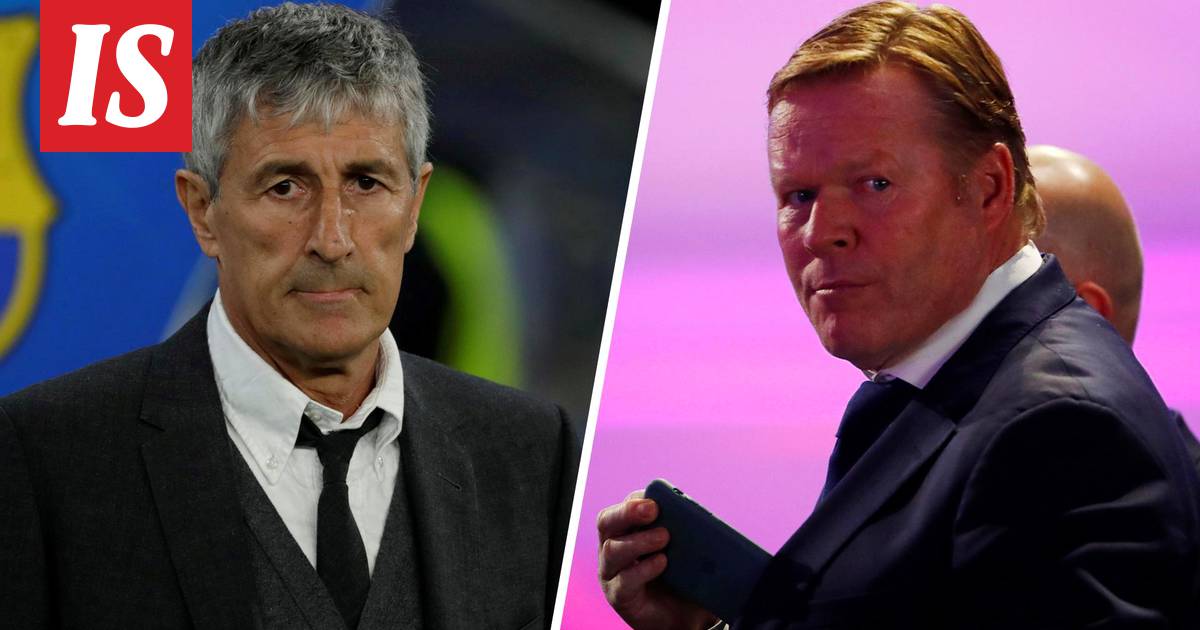 Setien became Barcelona’s coach in January when he replaced Ernesto Valverde in the post. The Setien agreement would not have expired until the summer of 2022.

Setien’s final match as Barcelona’s coach was Bayern Munich’s 2-8 crushing defeat last Friday in the Champions League semi-finals. The legs of Setien’s ball were sawn in the Spanish media even before Friday’s humiliation, as Barcelona lost their lead in the Spanish league in the summer and was second behind Real Madrid.

According to Barcelona, ​​a new head coach will be appointed in the coming days. Ronald Koeman, the commander of the Dutch national team, has been rumored for the task. Unanimous positions have been expressed by several Catalan sources, including Spanish football expert Guillem Balague.

- The training season starts in two weeks and a new coach has to be found by then. Koeman refused in January, but now the situation is different. Maybe we’ll hear about this soon, but he needs to be able to differentiate between country and club team roles, Balague reflected in the BBC podcast.

Koeman, 57, from the Netherlands, represented Barcelona in his playing career from 1989 to 1995. From 1998 to 2000, he was accompanied by an assistant coach. Koeman coached Southampton and Everton in the English Premier League for three seasons before moving on to coach the Dutch national team.