A new super-Toyota designed in Finland in IS's first test

First test: It can be said of a few cars that were designed and tested in Finland, but Toyota's new GR Yaris is really like that. 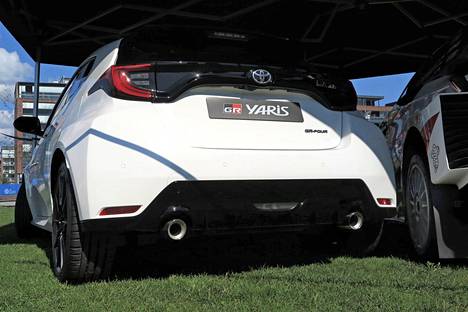 The Toyota GR Yaris is a novelty that is sure to make the heartbeat of Finnish rally car lovers accelerate.

And there are many reasons. First of all, the European premiere of the car took place last weekend in Jyväskylä in connection with the eWRC event organized by AKK. There, in the Toyota tent, the new GR Yaris was on display to the public for the first time alongside Kalle Rovanperä's tool, the Yaris WRC. Prior to this, the novelty had only been on display in January at the Tokyo Sports Car Show.

Wide fenders and the number of exhaust pipes tell the power to the rear.

The most important reason for the enthusiasm of Finns is certainly that Tommi Mäkinen Racing (TMR) has been involved from the very beginning in developing GR Yaris' design as well as technology and driveability. Tom Fowler, TMR’s technical director, said they were selected to join the project certainly because of the speed. Design for the GR Yaris began in 2018 and a little over a year later it was already completed. The automaker’s organization is too stiff for such a pace.

The novelty design is based on all the information from Toyota’s WRC team that has been collected since 2016. Car sensors provide information not only on the behavior of the car, but also on the actions and wishes of the drivers. All that data was used as a basis for what GR Yaris should be made of.

Toyota has designed the GR Yaris as the basis for the next generation WRC car. So there are only three doors and the body is wider and lower than the cozier sister models. Toyota rally drivers Kalle Rovanperä (left) and Takamoto Katsuta praised GR Yaris' features and Kalle also announced that he would acquire GR for his own car range.

At the heart of the GR Yaris is a new three-cylinder turbocharged engine of just over 1.6 liters, much like the Yaris WRC’s powertrain. According to unconfirmed data, the new engine is the most powerful three-cylinder in series production in the world. What is impressive about the engine is that the maximum torque is available over a wide speed range of 3,000 to 4,600 rpm.

Instead of the front-wheel drive regular Yaris, the GR Yaris has a four-wheel drive called the GR Four. That name is no coincidence, but refers to the four-wheel-drive Celicos of the 1990s who achieved four World Rally Championships. Between 1990 and 1994, of which the 1993 championship was driven by Toyota Juha Kankkunen.

The three-cylinder engine has in common with the basic Yaris. However, there is twice the number of power and drive wheels.

Although the body of the GR Yaris is much stiffer than the regular Yaris, it is still 38 pounds lighter. It has been achieved with more exotic (read more expensive) materials. The roof is made of carbon fiber and the doors and hood are made of aluminum. There is plenty of carbon fiber in the car elsewhere in the body and cab. The aerodynamics were not honed in the wind tunnel as streamlined as possible, but the design took into account the needs of the WRC car in advance.

Fowler describes GR Yaris' development work and testing so that they wanted to load the love found in the Jyväskylä region into a rally in a new car. Instead of computers, in this case, the test activity focused on the feedback provided by the drivers. Fowler says with a laugh that they were lucky enough to get the world’s top drivers to test the car. "They don't break the car as easily as less experienced drivers."

Only the seats, pedals and a couple of new circuit breakers distinguish the GR Yaris cab from other Yaris models.

In connection with the premiere in Finland and Europe, the pre-sale of GR Yaris was started. You can order your own for 45413 euros. Of that, the importer asked to emphasize that the tax-free price is EUR 33 720 and the remaining almost EUR 12 000 will go to the Ministry of Finance as a car tax.

As an option, you can order the EUR 3373 Technology package, which adds comfort to the car, such as a windscreen reflection screen, navigation and better sound reproduction. It is an alternative to the Racing package (EUR 6073), which includes forged alloy wheels with Michelin Pilot Sports 4S tires, GR Racing suspension, differential locks and better brakes.

We look forward to getting behind the wheel of the GR Yaris in November. The first cars are coming to Finland already in December. The manufacturer also describes the novelty as the finest Yaris of all time, which may become a coveted rarity in due course. And it is designed in Finland. 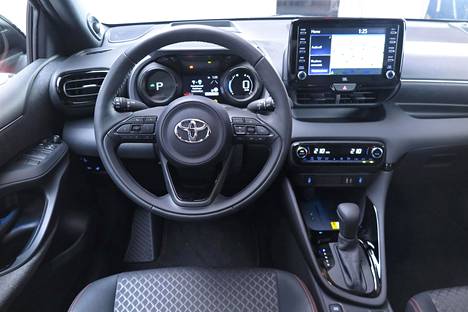 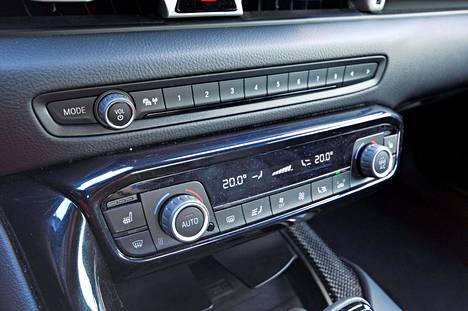 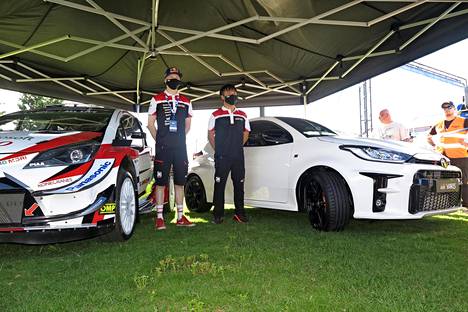 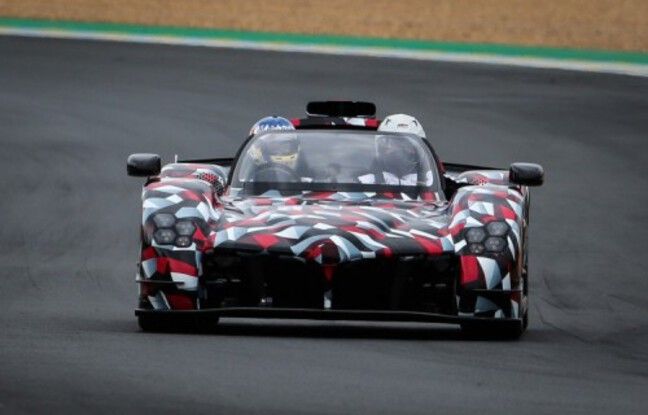 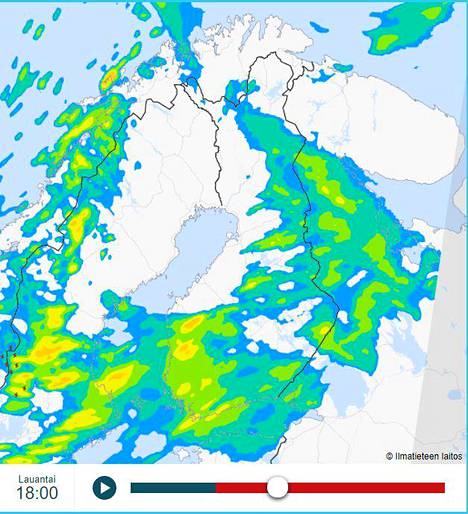 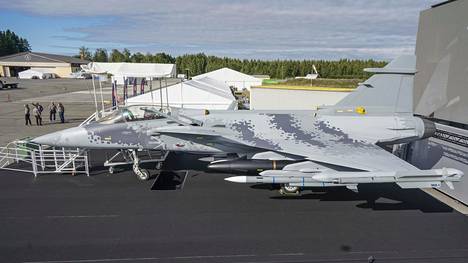 News/Politics 2020-08-29T02:40:30.806Z
The race for the Hornets' replacement is accelerating - Saab now talks about a brand new Gripen missile with a lot of secret information 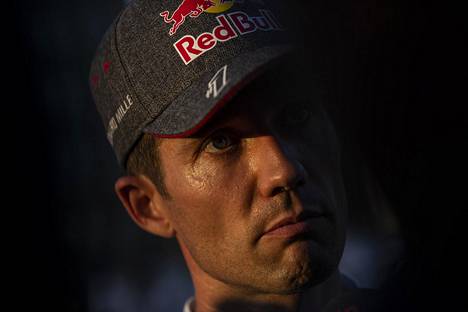 News/Politics 2020-10-08T19:24:03.370Z
Tommi Mäkinen's departure from the position of team manager came as a shock to Toyota's star drivers: "I would have liked him to continue" 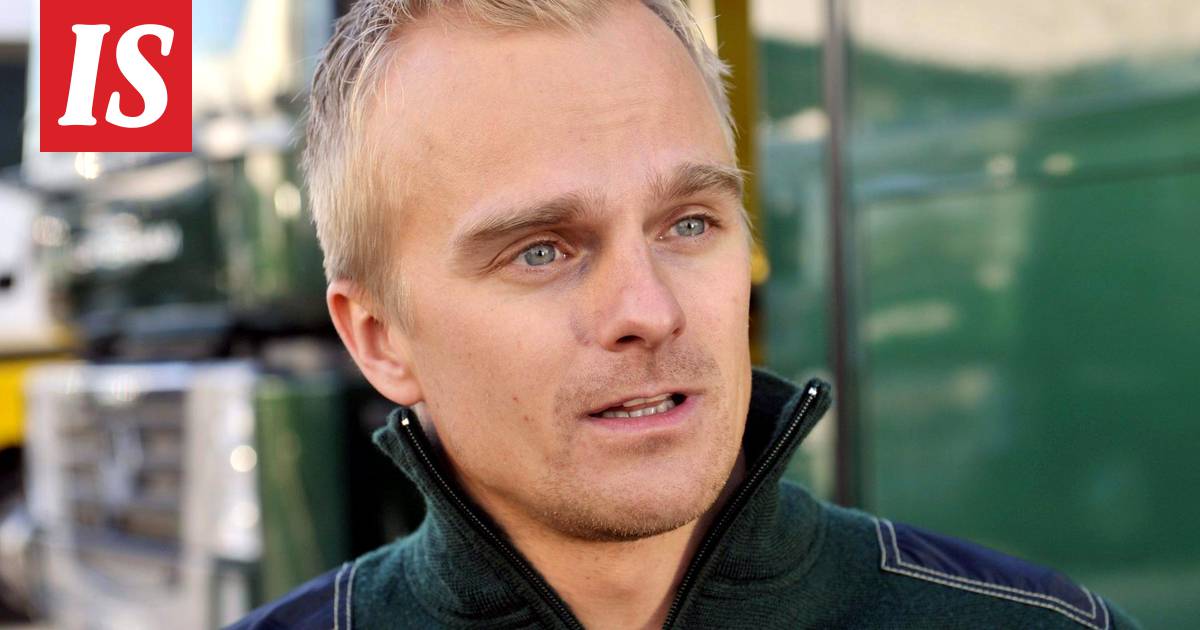 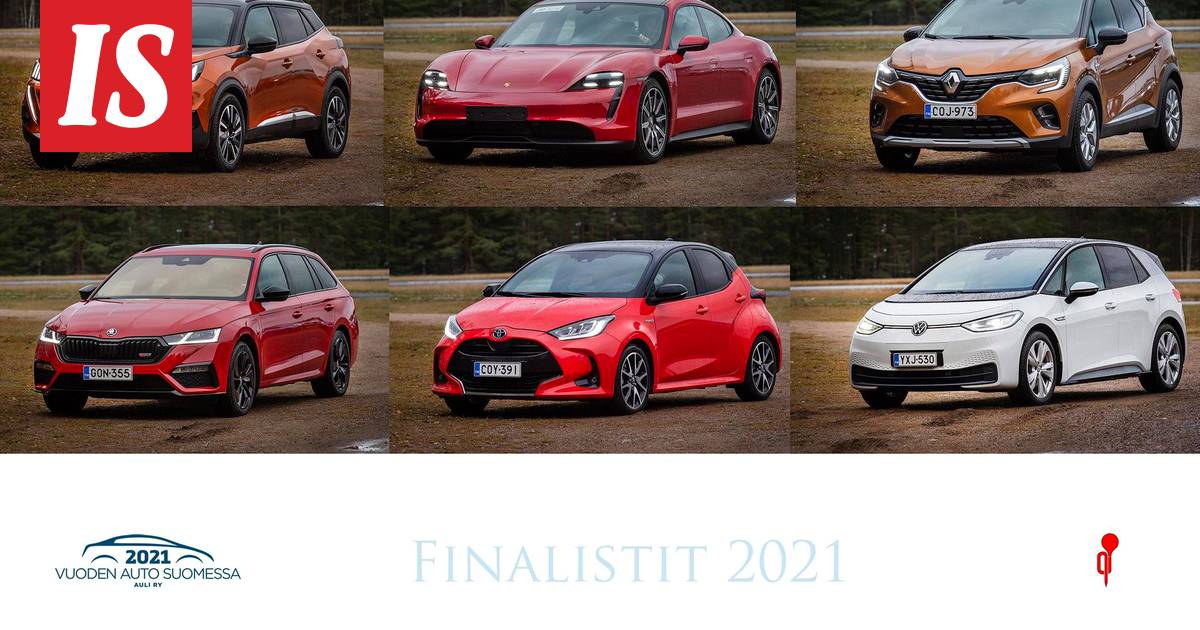 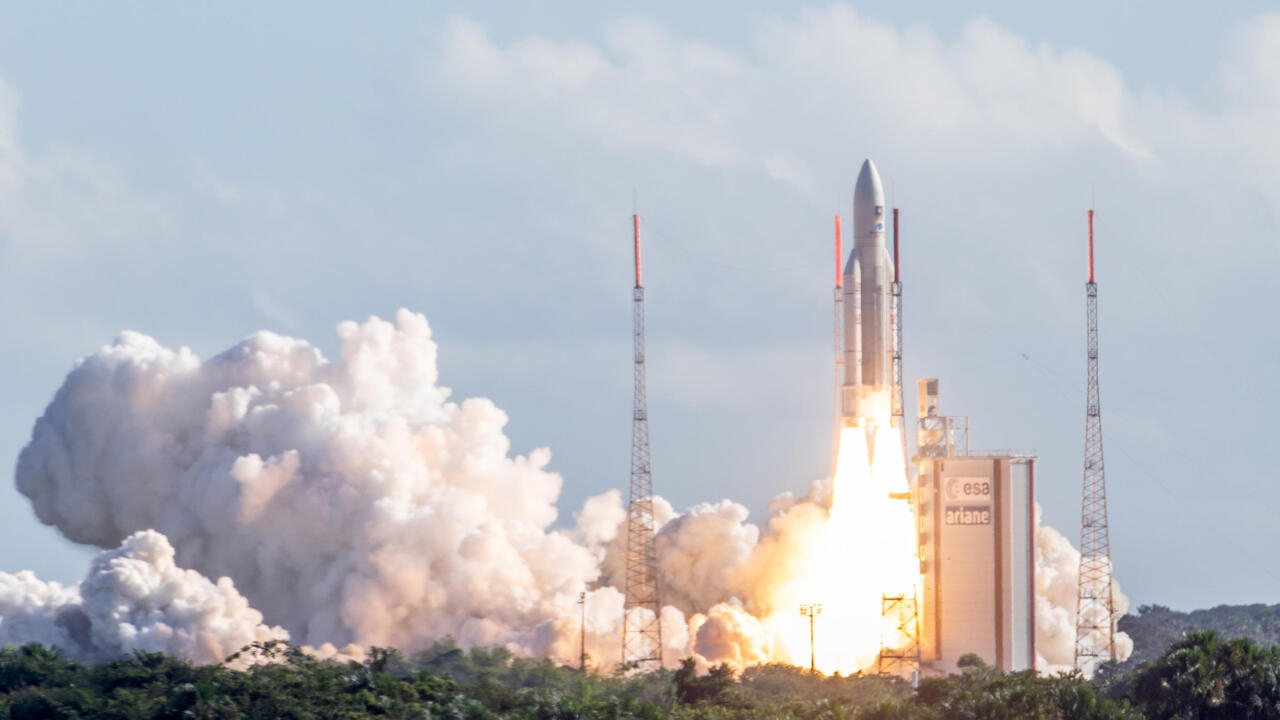 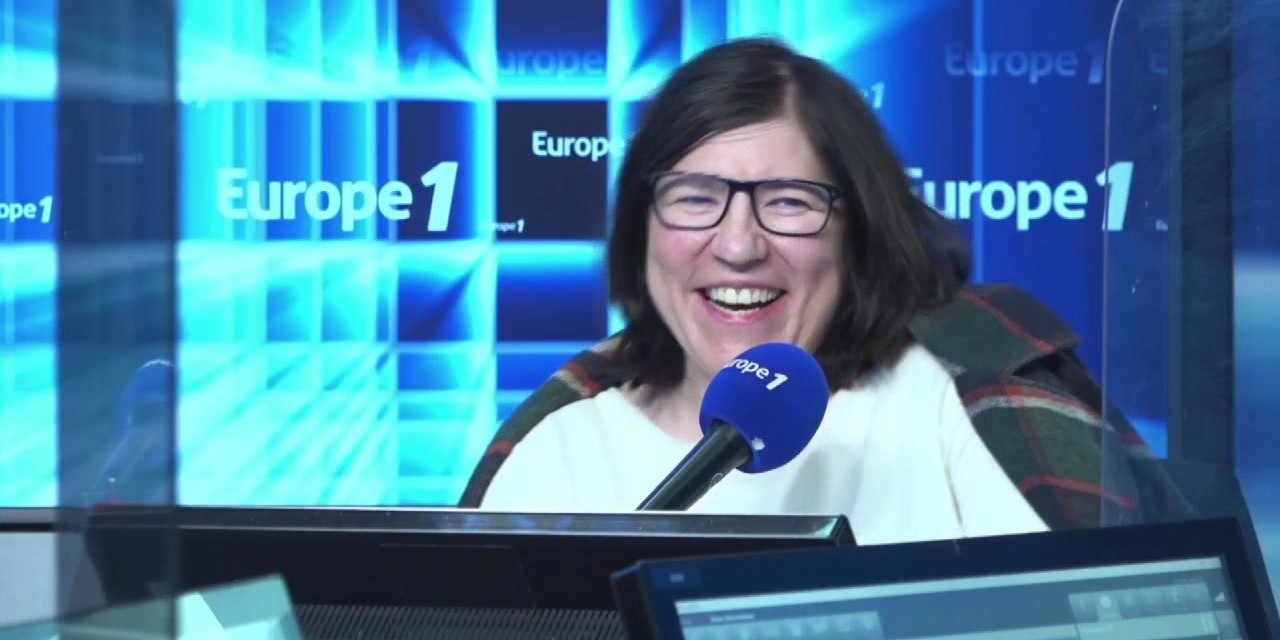 News/Politics 2021-01-20T16:34:16.217Z
The Prosecutor's Office supports the precautionary measure to hold the Catalan elections in February 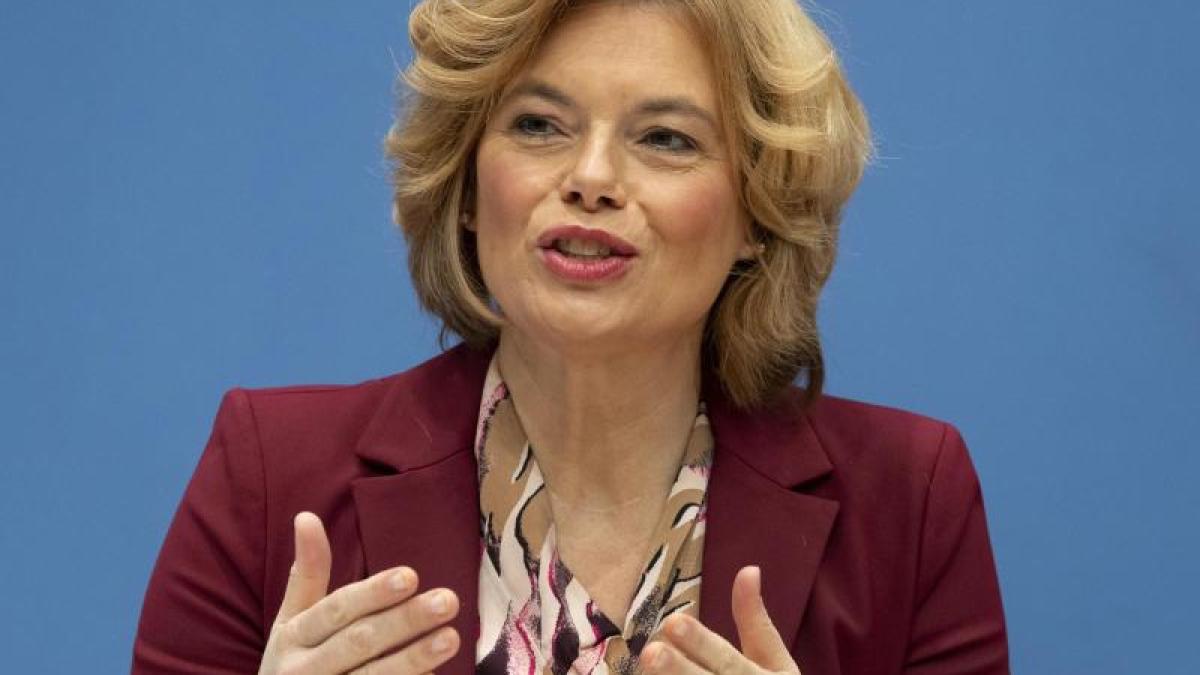