The mother of the victim of the suspected hospital murder tells of her young daughter in a message sent to the public. 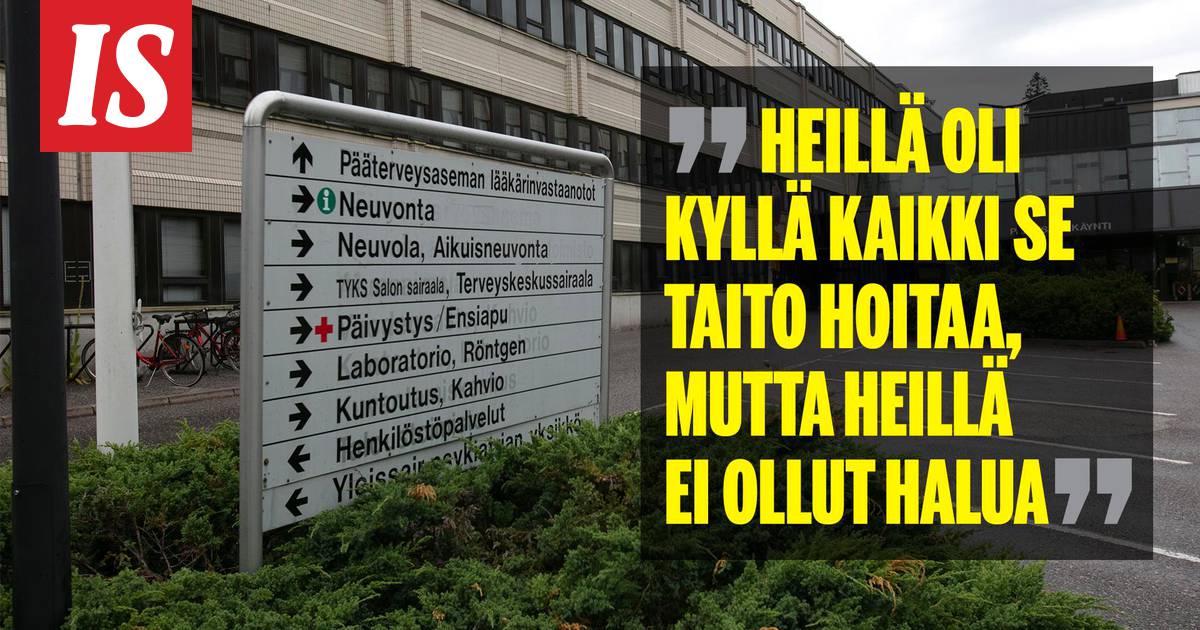 Police suspect that an adult, young female patient was murdered at Salo Hospital on May Day 2017.

The patient was suspected of dying of an anesthetic overdose. The patient had not undergone any hospitalization that required anesthesia.

IS said earlier that police are investigating a homicide case under the heaviest heading because the victim was in a defenseless position. According to IS data, the patient was mentally handicapped, but police did not comment on IS data.

IS reached the victim's mother. He commented on the matter in a message he sent to the public. According to the mother’s writing, the daughter, who turned 18, was deeply mentally handicapped and needed help with everything.

- He was my child, even though he was already 18 years old, still a child both in mind and motor skills. We wanted to take care of him at home for as long as we could. She had a loving family and a safe home, Mom says in the writing.

- He was deeply mentally handicapped, needed help with everything. I don’t have a health education, but so I just got to keep him alive all those years.

To protect privacy, IS has removed the victim’s name from the citations. You will see the full statement sent by your mother at the end of this story.

The mother had previously told Iltalehti and Salon Seudun Sanomat that about three weeks before her death, her daughter had been rushed to Turku University Hospital for treatment due to a sudden illness.

According to the mother's interviews, the daughter was transferred from there to the Salo Hospital less than two weeks later, where she had time to be treated just over a week before her death.

The murder is suspected of having been in hospital at the time of the incident. Police have been given a limit of "about the amount that can be counted on the fingers of one hand." The suspect is hospital staff. However, there are no doctors among the suspects.

Some of the suspects are still working at Salo Hospital, some have changed jobs. According to IS, the Social and Health Care Licensing and Supervision Agency Valvira has not interfered with the professional rights of any hospital staff, at least for the time being, on suspicion of crime.

Police have interrogated suspects in the medical staff during the summer, some more than once. All the suspects have denied the criminal suspicions.

- They have been cooperative, and there has been no room for criticism in their behavior. However, we have been left with such a feeling that we have not been told everything, Commissioner Juha Kainonen told IS earlier.

None of the suspects has been arrested or imprisoned either. Police estimate that the preliminary investigation will not be completed, at least during the summer.

The complete message sent to the public by the victim's mother:

“It’s hard to think of my daughter as a young woman portrayed in the media. He was my child, although already 18 years old, still a child in both mind and motor. We wanted to take care of him at home for as long as we could. He had a loving family and a safe home.

He was deeply mentally handicapped, needed help with everything. I don’t have a health education, but so I just got to keep him alive all those years.

When my daughter then got to the hospital and had to ‘hand her over’ for others to care for, the end result was what it was. They did have all that skill to take care of, but they had no desire.

My daughter got a respiratory arrest at home, we resuscitated her and she was on Tyks power for ten days in a ventilator.

After recovering, he moved to Salo for supervision and from there to the ward. During the supervision, we heard that Tyks would no longer take him into intensive care, even if his condition worsened again. We had not agreed to a resuscitation ban. Made a unilateral treatment restriction.

One way or another, the treatment restriction still does not allow anyone to be killed intentionally. ” 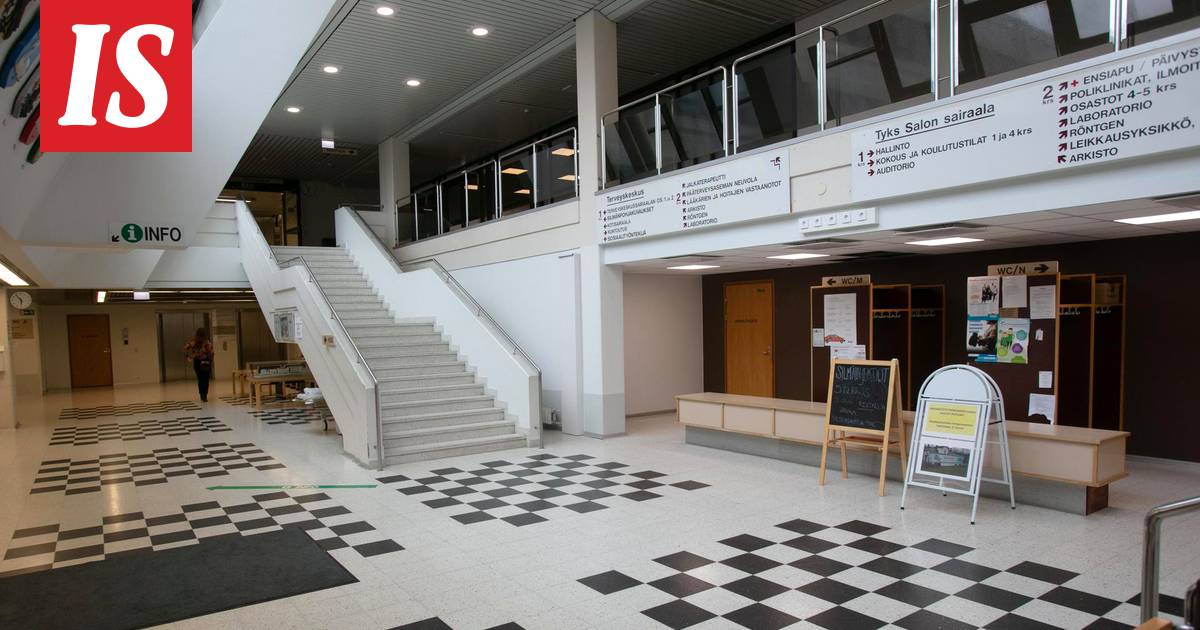 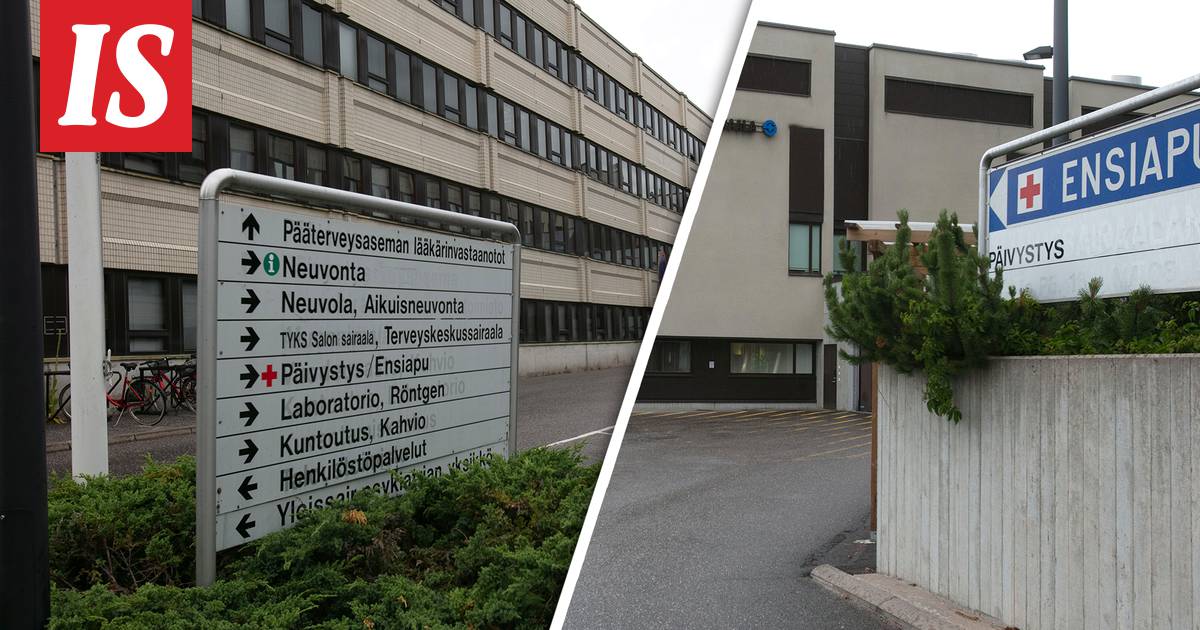 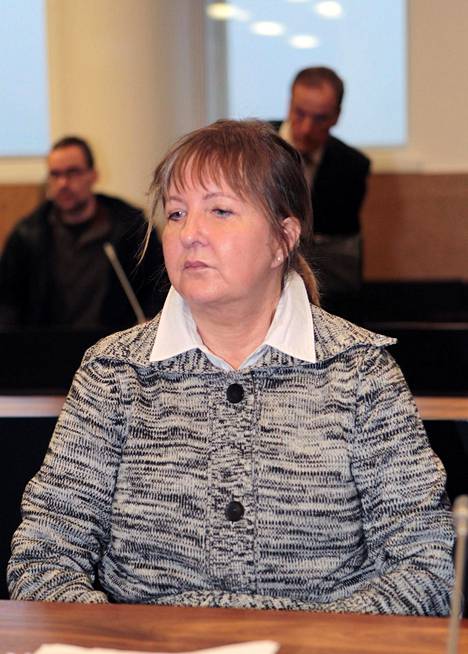 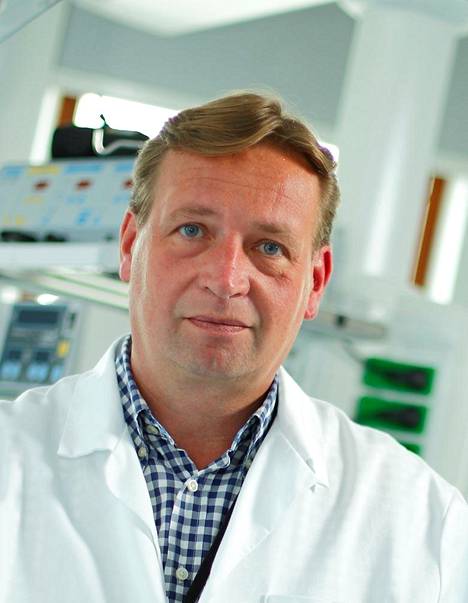 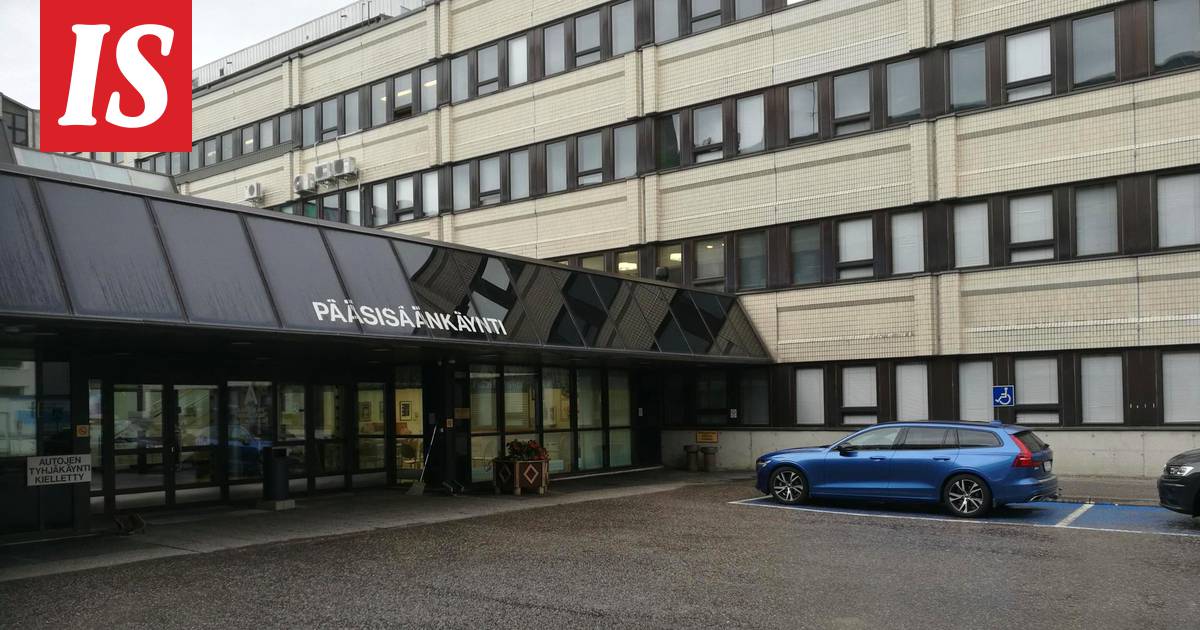 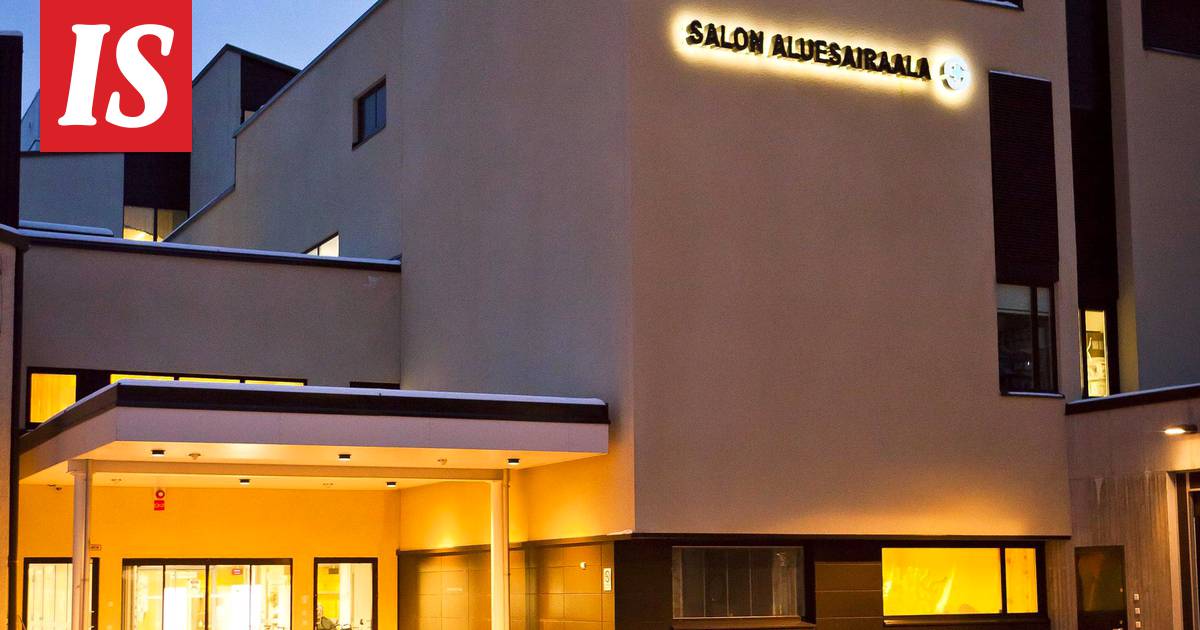 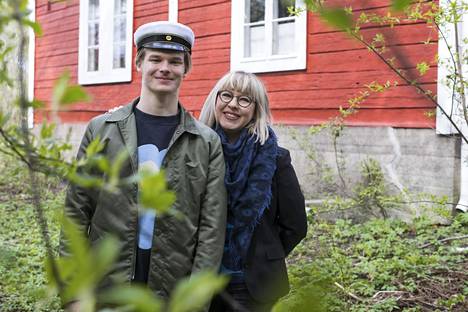 News/Politics 2020-05-21T16:26:13.345Z
Väinö, son of Minister of Social Affairs and Health Aino-Kaisa Pekonen, wrote as a student in an exceptional spring - Now Pekonen tells what is the best thing in life

News/Politics 2020-09-22T04:56:58.128Z
Huaqiao University holds an opening ceremony for the number of foreign students admitted to a new high-Chinanews.com

News/Politics 2020-09-22T04:56:29.453Z
Ministry of Education: All local universities, middle schools and primary schools have started in batches. Currently, there are 242 million students in schools nationwide 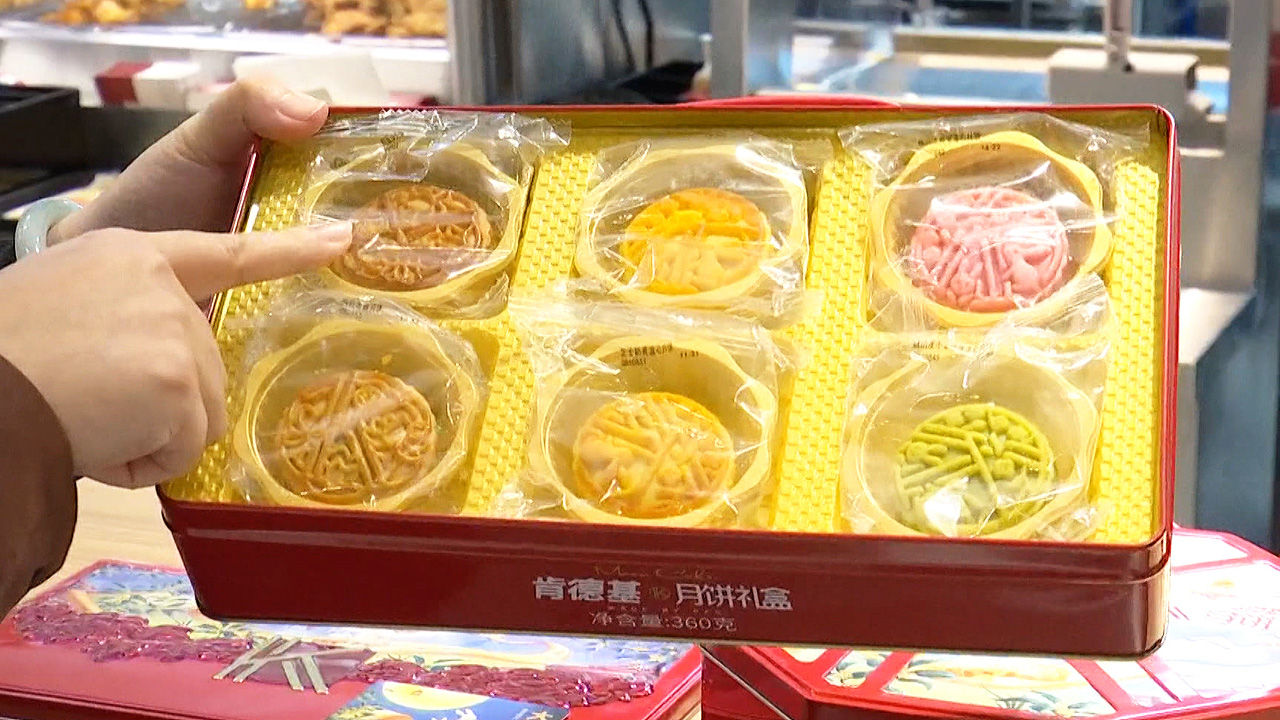