Donald Trump’s niece, Mary Trump, has written a book about a family she calls “disturbed”.U.S. President Donald Trump wants to forbid his niece Mary from publishing his revelation book, Too Much and Never Enough: How My Family Created the World's Most Dangerous Man. According to Donald Trump, Mary Trump has signed a non-disclosure agreement and is not “allowed to write a book” because of the agreement. Donald Trump’s younger brother Robert has applied for a temporary restraining order... 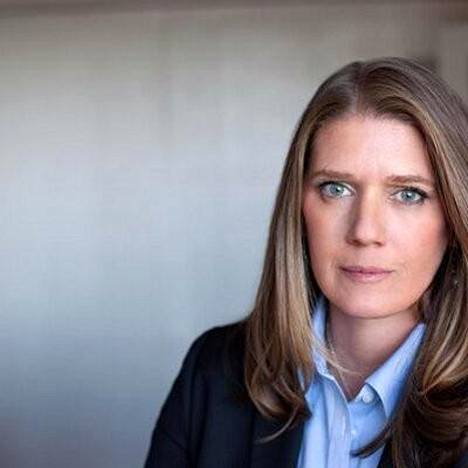 U.S. President Donald Trump wants to forbid his niece Mary from publishing his revelation book, Too Much and Never Enough: How My Family Created the World's Most Dangerous Man. According to Donald Trump, Mary Trump has signed a non-disclosure agreement and is not “allowed to write a book” because of the agreement.

Donald Trump’s younger brother Robert has applied for a temporary restraining order for Mary Trump and the publishing house to block the publication, the New York Times reports. In his press release, he sees the record as a disgraceful attempt to sensationalize the family in the name of financial gain.

Simon & Schuster Publishing is scheduled to publish the book on July 28th. The election season is at its hottest, and Trump will most likely be named the Republican official presidential candidate at the end of August. Trumpster John Bolton, former Trump security adviser, was released on Tuesday and a trashbook about Melania Trump in early June. The ballot box will be held in November.

It’s no secret that Mary Trump doesn’t consider her uncle a qualified president. In the book’s marketing materials, Donald Trump is seen as a man who threatens the world’s health, financial security, and social fabric.

Mary Trump’s book tells us that it was Mary who revealed to the New York Times some confidential inside information about her uncle’s finances and alleged tax evasion. The book also says, according to Business Insider, that Donald Trump “bullied” his old father in the 1990s when he was suffering from Alzheimer’s disease.

The non-disclosure agreement was entered into in 2001 following the inheritance of Fred Trump Sr. According to the Daily Beast, the deal prohibits Mary Trump from publishing anything for the trial or her relationship with Donald, her aunt Maryanne and her uncle Robert.

The book, according to the publisher, is a revealing portrait of Donald Trump and his toxic family. The details have been described as scary and frosty.

The book is scheduled to arrive in stores at the end of July.

“Countless commentators, armchair psychologists, and journalists have tried to structure Donald J. Trump’s deadly mistakes. Mary L. Trump has the education, vision, and intimate family connection needed to reveal why Donald and the rest of the clan are who they are, ”the publisher says of the book.

Mary Trump works as a life coach in New York but holds a PhD in Clinical Psychology. On Twitter, he has previously written support for Hillary Clinton.

"Only he can tell this interesting, nervous saga, not only because he has a close-knit perspective, but also because he's the only Trump who wants to tell the truth about the world's most influential and disturbing family."

The father of the family, Fred Sr. (1905–1999), founded the Elizabeth Trump & Son estate with his mother with inheritance money after Frederick Trump, a father who moved from Germany to the United States, died of Spanish disease in 1918. Mary Anne (1912–2000) At the age of 17, she met her future spouse at a party, married and remained a housewife.

Donald Trump has a picture of his father Fred in his White House office.

The real estate company quickly raised the family’s standard of living. Donald Trump has since renamed the successful company The Trump Organization, led by Trump until he won the presidential election in the fall of 2016.

Mary Trump spent much of her childhood at her grandparents ’home in Queens. He holds the place as the home of nightmares full of trauma and dangerous relationships. Particularly strange and harmful he considers his grandfather Fred Sr.’s relationship with his eldest sons Fred Jr. and Donald.

Fred Jr died of complications related to alcoholism in 1981, when Mary turned 16. Donald Trump has often spoken in public about the death of his big brother, which is why he does not use alcohol at all.

Absolutely Donald Trump is known for his preference for Coca Cola.

In the midst of a millennium legacy, Mary gave the New York Daily News an interview in which she said her uncles and aunts should be ashamed of their behavior. In the inheritance, Mary and her brother Fred III were getting smaller slices than the other grandchildren, and Donald Trump removed the sibling from the family’s health insurance. Mary’s nephew is mentally handicapped and needs expensive treatments.

The dispute was eventually settled outside the courtrooms outside the public, and Mary signed a non-disclosure agreement that Donald Trump now refers to, Business Insider says.