The investigation into the murder of Olof Palm has ended because the only suspect has died. There are several other cases in the world where the murderer has not been held accountable for his actions. 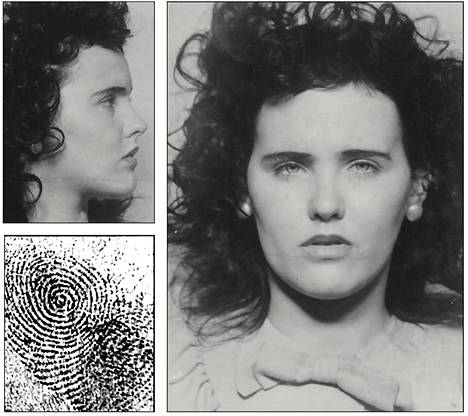 In Sweden, a 34-year investigation into the assassination of Prime Minister Olof Palme was finally completed last week when police named Stig Engström, known as a Skandia man, as the only suspect. Engström died in 2000.

However, there are several murder mysteries in the world where there is no knowledge or even strong suspicion of the perpetrator.

The mother, who was walking with her child, encountered a gruesome vision in Los Angeles on January 15, 1947: a young woman's body was cut in half by the side of the road. The woman who had been subjected to brutal violence had also been incised, among other things. No blood was visible anywhere, suggesting that the woman had been killed elsewhere.

The woman was quickly identified as the Elizabeth Short who dreamed of a Hollywood star.

The brutal murder of Elizabeth Short shocked the United States.

In the press, Short was named “Black Dahlia”. The name was based on Short’s alleged preference for black clothing and the 1946 film The Mystery of the Blue Dahlia.

Los Angeles police asked the public for clues about the case of Short, who died at the age of 22. One of the theories was that the murderer had to have some kind of medical expertise.

A photo of Elizabeth Short published by the Los Angeles police.

In a 2003 book, Steve Hodel wrote that his medical father, George Hodel, was the murderer of Black Dahlia. However, Hodel did not provide hard, unequivocal evidence, and later the man has also claimed his father to be a Zodiac killer, among other things. According to police, the case of Black Dahlia is still unresolved.

High school students Betty Lou Jensen, 16, and David Arthur Faraday, 17, spent their first dates on Lake Herman Road in Benicia, Northern California, known as the place of lovers when they were killed on December 20, 1968.

According to police, another car had been driven next to the couple's car, from which the killer had apparently got up and walked next to the car of the lovers and shot them.

The murder of the couple was the first act to be said to be a serial killer known as the Zodiac Killer. The Zodiac is suspected of five murders and two attempted murders, although there may be more victims.

The murderer sent letters and cards to the media saying he was giving clues about his identity. However, not all codes have been clarified.

Police released a picture of the Zodiac serial killer. In the background the murderer code.

Several people have claimed to have known the Zodiac murderer and thus know his identity. The allegations have not been substantiated.

The murderer has thus never been caught and his identity unknown.

11-year-old Timothy King left his home for a shop to buy candy in Oakland County, Michigan, on March 16, 1977, and disappeared. Just over a week later, the teenage boys found the body of a young boy in a shallow ditch.

- I thought there was a 99 percent chance it was Tim, the boy’s father Barry King recalled in Hometown Life earlier this year.

King had been sexually abused before he suffocated to death.

King’s death was soon linked to the murders of three other children in Oakland County. Barry King said he warned his child that there was a serial killer in the area.

- In my mind, I thought that Tim knew what was happening to him as soon as he had risen to the car.

The killer has been called the Oakland County Child Killer. His identity has not been established and he has therefore not been apprehended.

A drawing of a man suspected of killing Timothy King. His identity has not been determined.

In Canada, Highway 16 runs through British Columbia, also known as the Highway of Tears. The reason is the numerous disappearances and homicides that have taken place along the way. There have been at least 18 victims, although according to some estimates there are several dozen. All of the victims are women and much of Canada’s indigenous people.

The first victim of Highway of Tears was Gloria Moody, a 26-year-old mother of two. Originally from Bella Coola in the fall of 1969, Moody was looking forward to spending the weekend with her brother and parents. His battered body was found along Highway 97, near the Highway of Tears.

Moody was once suspected of killing three people who have already died, GQ magazine said a few years ago. So far, however, Moody’s death remains unresolved, as have several other crimes along the highway.

The death of child brother JonBenet Ramsey, 6, is one of the most well-known murder mysteries. Ramsey's parents reported the girl missing early on the morning of Killing Day in 1996.

A ransom claim of $ 118,000 was found in the house. The girl's body was found just eight hours after finding the ransom claim under cover in the basement of the house, History magazine has reported on the events. Ramsey's mouth was taped, there was a rope around his neck, and his hands were tied together.

JonBenet Ramsey's family came under suspicion. However, no parents or brother have been charged with the girl's death.

The suspicions soon fell on the girl's parents, who, however, were not charged. In 2006, a 41-year-old man was arrested in Thailand on suspicion of killing Ramsey. However, DNA tests did not confirm the man’s claims of killing a child’s mise.

In 2008, a Boulder County prosecutor said no one in Ramsey’s family was a suspect.

JonBenet Ramsey was a childbirth whose death shook a long time in the United States.

However, doubts have since been raised against Ramsey's Burke brother. In 2016, it was reported how experts claimed in a CBS documentary that a brother had killed his sister with a heavy object and that the parents of the siblings had staged a kidnapping scenario.

- It was the boy who did it. He was jealous, upset, or something ... I don't know why. I’m not a psychiatrist, but based on what I know about him, that’s what happened. And the parents messed up the crime scene to make it look like something other than it was.

Burke Ramsey filed a lawsuit against the pathology for defamation.