How will Finland get its share of the coroner vaccines that will be completed in due course? THL and STM don't flinch: "You have to keep your eyes open in all directions"

The Department of Health and Welfare and the Ministry of Social Affairs and Health closely monitor coronavirus vaccine projects, but decisions on whether to purchase the vaccine will only be made once its effectiveness, safety and quality have been verified through adequate research. 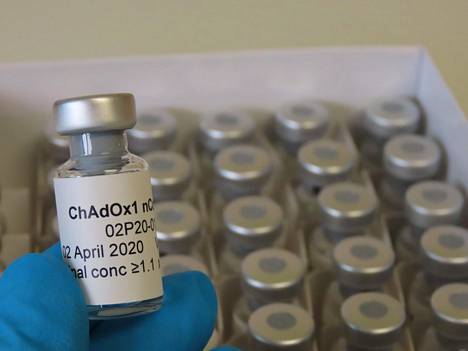 The coronavirus vaccine could ideally hit the market as early as this fall. The most advanced is reportedly at Oxford University, where a British government-funded study of the ChAdOX1 vaccine has yielded promising results in animal experiments on six rhesus macaques.

In the Oxford University project, the vaccine has already been given to more than 1,000 people, and a test group of more than 6,000 people is currently being recruited for the efficacy study.

The first results on the effectiveness of the vaccine in humans are expected to be available as early as the summer.

- In the UK, the second and third phases of research are progressing side by side. The situation there is favorable, because there is enough natural virus circulating there. There would be no response to the effects of the vaccine if the epidemic subsided and subjects were not exposed to the virus, says Chief Medical Officer Hanna Nohynek of the Department of Health and Welfare's THL Infectious Diseases Prevention and Vaccinations Unit.

The ChAdOx1 vaccine has given rhesus monkeys protection against the coronavirus. Now the vaccine has started to be given to a group of people who are being tested.

- It is good that there are many different groupings and several technical solutions, even if the most advanced ones do not lead to a breakthrough, Nohynek says.

It is known that two vaccine projects are underway in Finland. A group of three experts (Academy Professors Kari Alitalo and Seppo Ylä-Herttuala and Professor of Virology Kalle Saksela) are developing a gene-based vaccine to be administered as a nasal spray.

Another project is underway at the University of Tampere, and an outer shell resembling the virus as much as possible is being built in it, but there is no pathogenic genetic material inside.

- They're on the same line with the others. The goal of all groups and groupings is to find a vaccine that is sufficiently effective and safe. There is no shortcut, be it an American, European or Chinese project, Nohynek believes.

Has Finland seriously considered the option of investing in these own projects?

- These are the things you need to think about. If Finland commits itself and puts all the euphores in 1-2 candidates, then what if they do not succeed? It can be followed by a pretty big question mark. Let’s hope they succeed, but for now, we need to keep our eyes open in all directions.

Chief physician Hanna Nohynek from THL says there are only four countries with more than 200 million inhabitants in national vaccine production.

- Are there such investors or public money?

Finland gave up its own vaccine production in the 21st century because it was not considered profitable. The other Nordic countries have done the same.

- Public sector vaccine production is now limited to large countries such as China, India, Indonesia and Brazil. In those countries, the population base is so large that only in this way will the countries be able to ensure that they certainly have as many doses of vaccine as needed for the national program, Nohynek described.

According to Nohynek, for example, the University of Oxford has already entered into an agreement with the company responsible for manufacturing the vaccine. The company has announced that it will receive 100 million servings by the fall if all goes as planned.

What is being done behind the scenes to ensure that Finland receives its share of the vaccines that will be completed in due course?

Päivi Sillanaukee, Head of the Welfare and Services Department at the Ministry of Social Affairs and Health, says that the development of the coronary virus vaccine is also closely monitored at STM. Finnish vaccine research projects are also known to the Ministry and are monitored alongside others.

- The roles, division of labor and tasks of the authorities, ie THL and the pharmaceutical safety and development center Fimea, as well as the experts in these processes are clear, and they cooperate, Sillanaukee says in his e-mail reply.

Department head Päivi Sillanaukee says that Finland is actively involved in international co-operation - also in monitoring the development of the coronavirus vaccine.

Sillanaukee says that Finland is also currently involved in discussions so that Finland can get its share of the vaccines that will be completed in due course.

- Finland participates in the exchange of information between WHO and EU pharmaceutical and safety experts. There is co-operation at the level of ministries, specialist institutes, universities and experts.

Would it be worthwhile for Finland to start acquiring the vaccine in the first place, even though it has not yet passed the tests? Or get a license and start manufacturing yourself?

- Finland decides on the procurement of vaccines when vaccines are available and there is sufficient research data and reliable assessments of their efficacy, safety and quality, and availability.