Sauvolaist farmer's greetings to the government: all too late - berry bushes already "in the Lord's possession"

The fields of the Järvenkylä farm are already set aside and production has been halved. 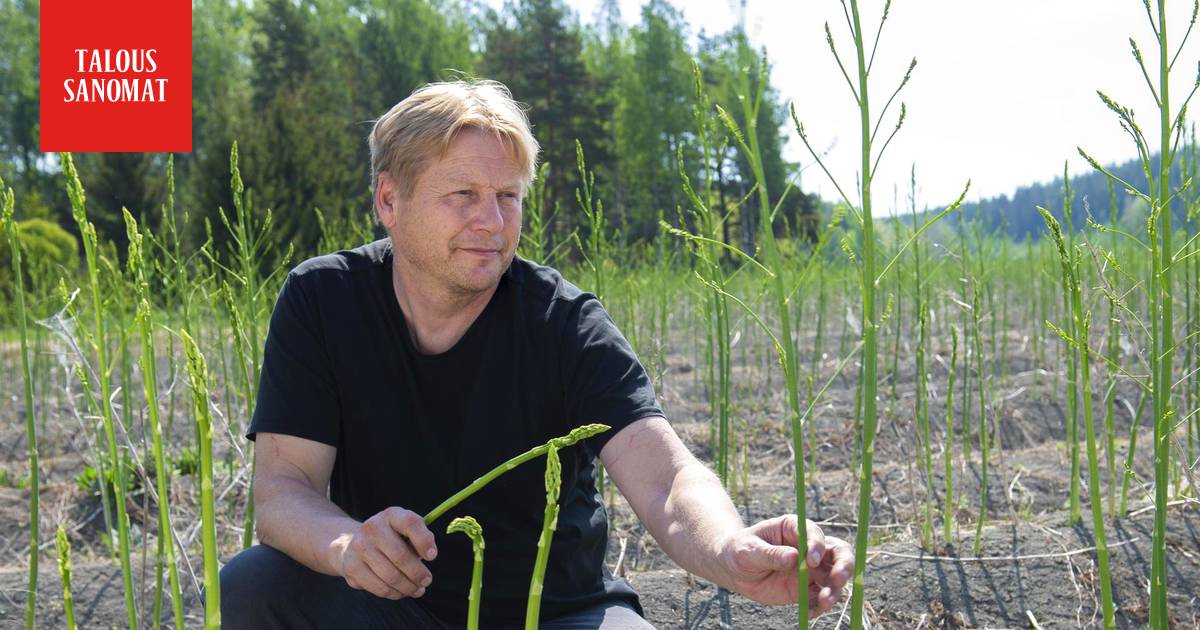 All the blocks, the increase in foreign labor, the incentives for domestic labor and the employment facilitations for asylum seekers sound really good improvements.

- All these actions are home, but all come far too late. At least for southern Finland, Suominen says.

Suominen emphasizes that the support measures are really positive in themselves, but the progress of things is still taking its own time, maybe a couple of weeks in the administration. Spring is so far already. Many farmers have already decided to reduce cultivation very drastically.

About 300 tonnes of strawberries, raspberries, peas, asparagus and cereals are grown on Suominen's farm every year. The area of ​​horticultural products is 70 hectares and the fields are 150. Hand pairs are needed a lot: There have been about 170 foreign seasonal workers and about 70 Finns.

Minister of Agriculture and Forestry Jari Leppä (Central) thanked Ukraine for issuing a departure permit at the press conference.

Earlier, the government agreed to import 1,500 workers important to security of supply, mainly from Ukraine. The country's government swayed between the departure permit and the ban, but at the turn of May it finally gave the green light to the Ukrainians coming to Finland.

Only about 600 of them have arrived, and only two “quota Ukrainians” have replaced Suominen.

At least a third of the Ukrainians in Järvenkylä have already announced that they are leaving for Central Europe, such as Germany, because they could no longer wait.

In addition, the farm employs about 15 seasonal workers found in Finland.

Spring cereals have not been sown, weaker berry slices “in the hands of the Lord”. The entire production of the farm has been reduced by about half.

Asparagus is already pushing a couple of cents from the ground, and in a week the harvest would be ready. You too can still be left on the ground and suffer losses. The worse thing is if the strawberry field cannot be managed. Then the harvest will not be received next year either.

The government said on Wednesday that it would allow 3,000 more foreign seasonal workers to Finland. In addition, the government agreed that the unemployment insurance cover would be temporarily increased to EUR 500. There will be changes to the mobility allowance.

Attempts are also being made to get asylum seekers to work in agriculture, forestry, horticulture and fisheries.

- In practice, their quarantines will be removed, Minister of the Interior Maria Ohisalo (Green) stated.

According to Ohisalo, the change will affect about a thousand asylum seekers, and will also enable about 4,000 other asylum seekers to work in primary production.

Suominen also considers this opportunity to be good in principle, but also sees problems in implementation. He would also be happy to take the place of an asylum seeker, but the work could only be easy to learn, such as picking berries.

- There are difficulties in practical implementation. What language is used to communicate whether they are used to Finnish work culture and customs and conditions. Farmers do not have the time and resources to start teaching and mentoring.

Suominen also wonders whether the incentives put the unemployed in a better position in relation to other employees.

The recruitment experience of unemployed jobseekers has so far been weak.

- We have 700 jobs open in the TE Office. Such a large number because one Ukrainian is equivalent to five inexperienced and the turnover is so hard. About 200 jobseekers had come in. When they started calling, two in ten considered coming to work.