Along the sacred river: A cruise on the Ganges 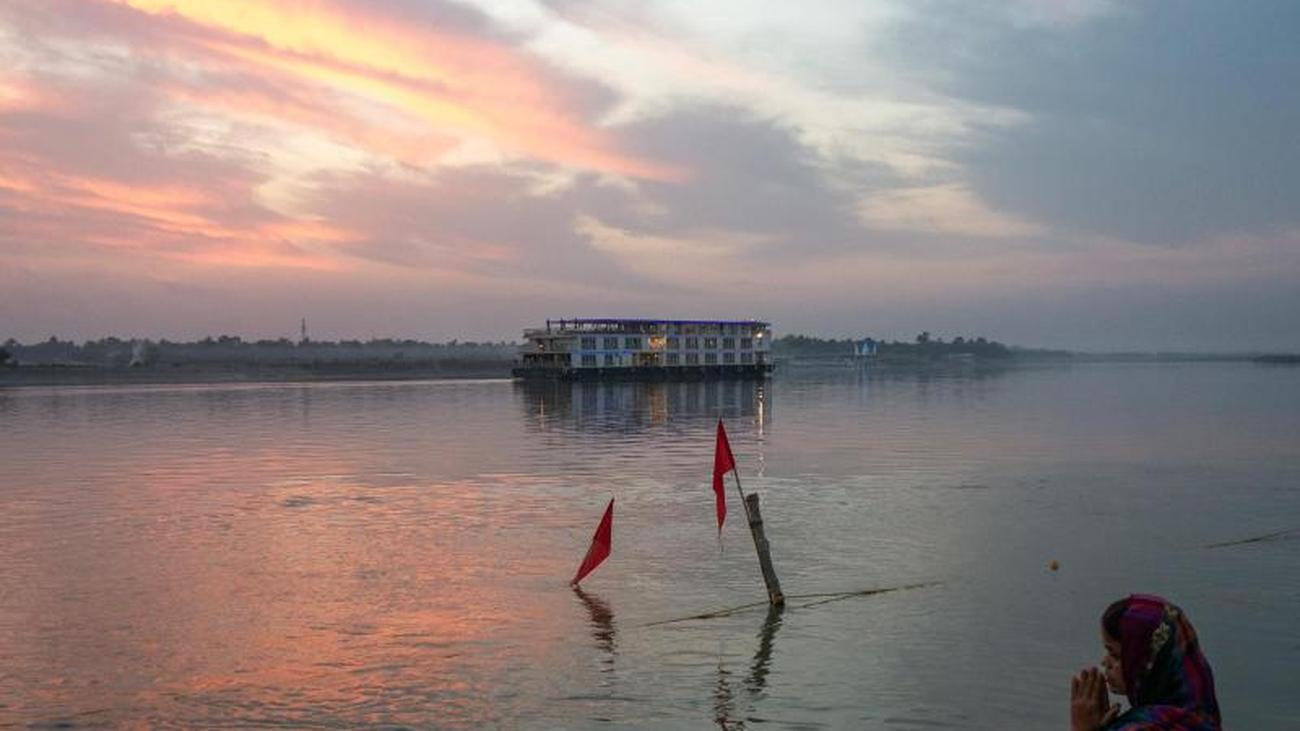 Kolkata (dpa / tmn) - There are moments when you feel the spirit of the Ganges. The mysticism of the sacred river of the Hindus. When morning haze blurs the contours of barges, ferries and jetties.

When a pile of wood begins to smoke under a cloth-wrapped corpse somewhere on the bank. When fishing boats chug through the smoldering evening light. At such moments, you ignore that the Ganges is a sewer, a dump.

But what does “the Ganges” mean? The river is female. The Hindus say mother Ganga, a water goddess, daughter of the Himalayas, who makes her way from the mountains of the gods to the Bay of Bengal.

Those who want to get closer to the river or to understand it in part can go on board the «Ganges Voyager». The six-day boat tour leads through the rural East Indies: North course from Kolkata, known as Calcutta, 350 kilometers up to Baranagar and back.

Eleven steps lead from the main deck down into the belly of the ship to Biswanath Ari, 28, second flight engineer. Here is his realm: the engine room. Early in the morning, the deeply religious Hindu performs his puja ritual in front of a wooden temple: prayers and singing. That gives a lot of strength for soul and body, the cleansing, he says.

Several divine representations are gathered in the wooden box, including Ganesha. Biswanath brings them flower garlands, crab apple leaves, at an early hour. There is also an orange, an apple, a mango and a coin in front of the shrine.

But the most important thing, the Hindu emphasizes, is the holy water from the Ganges. He regularly fills up a small jug and drops his head and the workplace. "That's how I feel Mother Ganga, she is full of positive energy," says Biswanath.

A river full of garbage

The pollution of the river, especially around the million dollar Molkata, cannot be glossed over. Plastic garbage dribbles by in bulk, plus foam and plant carpets and small animal carcasses. A few steps further, people gather for morning prayers, take their bath, wash the laundry and themselves. Biswanath Ari is not afraid to drink from the Ganges, he says. The power of faith seems to be above all germs.

Behind Kolkata, the green hesitantly gains the upper hand. Houses in colored paints, huts on stilts and chimneys of brick distilleries line the shore.

The river describes wide loops, its width fluctuates between about 100 and 200 meters. The captain maintains the pace at ten knots, circumnavigates grass and bush islands, takes up parking position at the height of the Hooghly Imambara mosque complex.

The dinghy brings guests ashore. Holy cows graze in the bank grass. Hooghly Imambara seems to have its best times, inside there is plenty of bird droppings on the floor. The village walk leads to children who take turns on a dusty field to play cricket with a wooden stick and a hard plastic ball. They smile towards the visitors at the bet.

The cinema on the bank

The town of Kalna attracts with culture. Rickshaw drivers pedal and bring visitors to the Hindu complex of 108 Shiva temples. In the neighborhood is an even more extensive complex with the Pratapeswar temple and terracotta ornaments.

The Hare Krishna Temple in Mayapur is a hustle and bustle - a dome-crowned, so far unfinished Disneyland of Faith. Leader Janaki says that in the Hare Krishna movement she found that spiritual fulfillment that Christianity in her original German home could not offer. The Janaki from Stuttgart has "stripped off her skin like a snake from her skin", she reports, from her previous name and past life.

In Matiari, the city of copper and brass companies, there is knocking and hammering everywhere early in the morning. The fact that sinister expressions brighten up within a second when outside people stop by is typical of the local welcoming culture.

Time flows leisurely on the river. Upstream the water becomes noticeably cleaner, a dolphin jumps out of the flood. The northernmost point of the trip is Baranagar, where the Char Bangla temples built in 1755 are located. Mother Ganga is seen there as a relief, above a crocodile representation - a Ganges cavalry.

At the end of the trip, the question remains: Has the key to the true understanding of the holy walk been found? Hand on heart - rather not. But the river has taken visitors to remote towns and villages, where doors and hearts have opened. One cannot credit Mother Ganga highly enough.

Travel and safety information for India

Application page for the e-visa for India

Information from the Indian embassy on the e-visa

River trip on the Ganges

Travel time: The months from September to March are the most suitable.

Arrival and entry: Kolkata can be reached from Germany by plane and a change, for example in New Delhi. German citizens need a visa for India, which can be applied for electronically (e-visa). It costs $ 80.

Ship: The "Ganges Voyager" built in 2014 is 54 meters long, 12.5 meters wide and can accommodate 56 guests. There are 28 cabins with sizes between 24 and 37 square meters. Life on board is informal, there is no special dress code. German organizers like Lernidee Erlebnisreisen offer river trips on the «Ganges Voyager».

Along the sacred river: A cruise on the Ganges 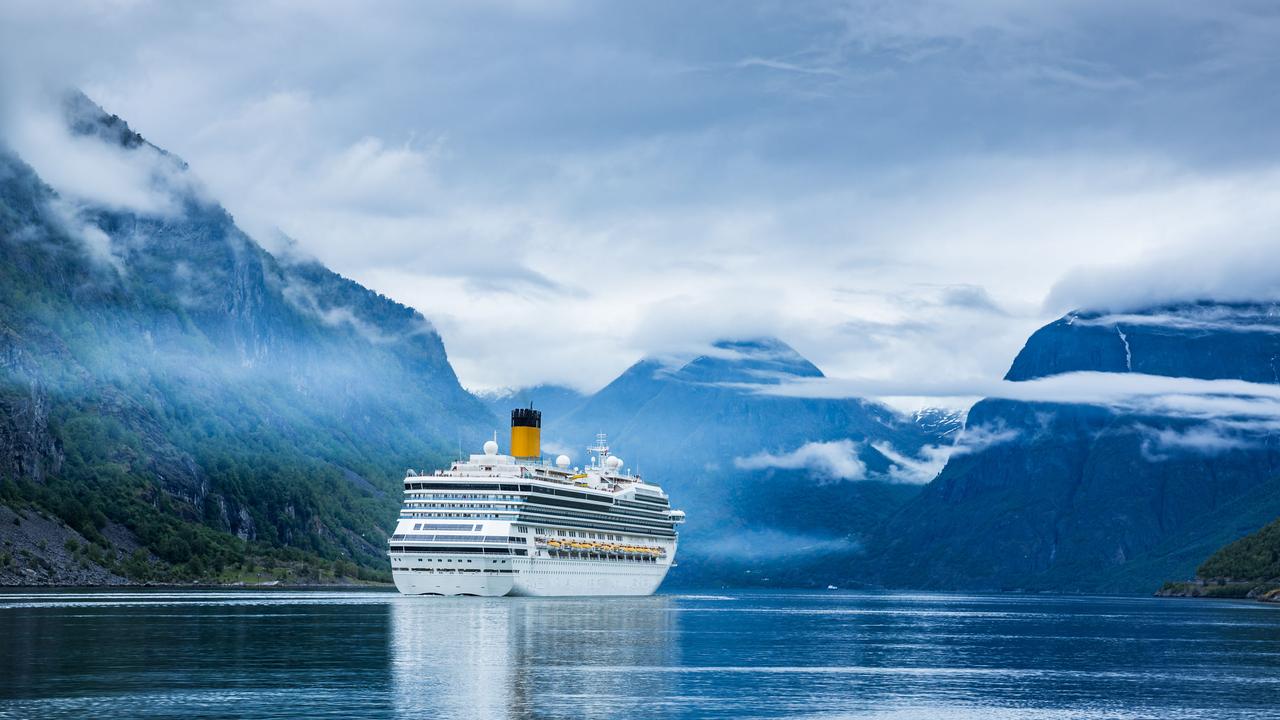 'Cruise vacation not only more accessible to the rich'

Chiba Sakura finds a car along the river 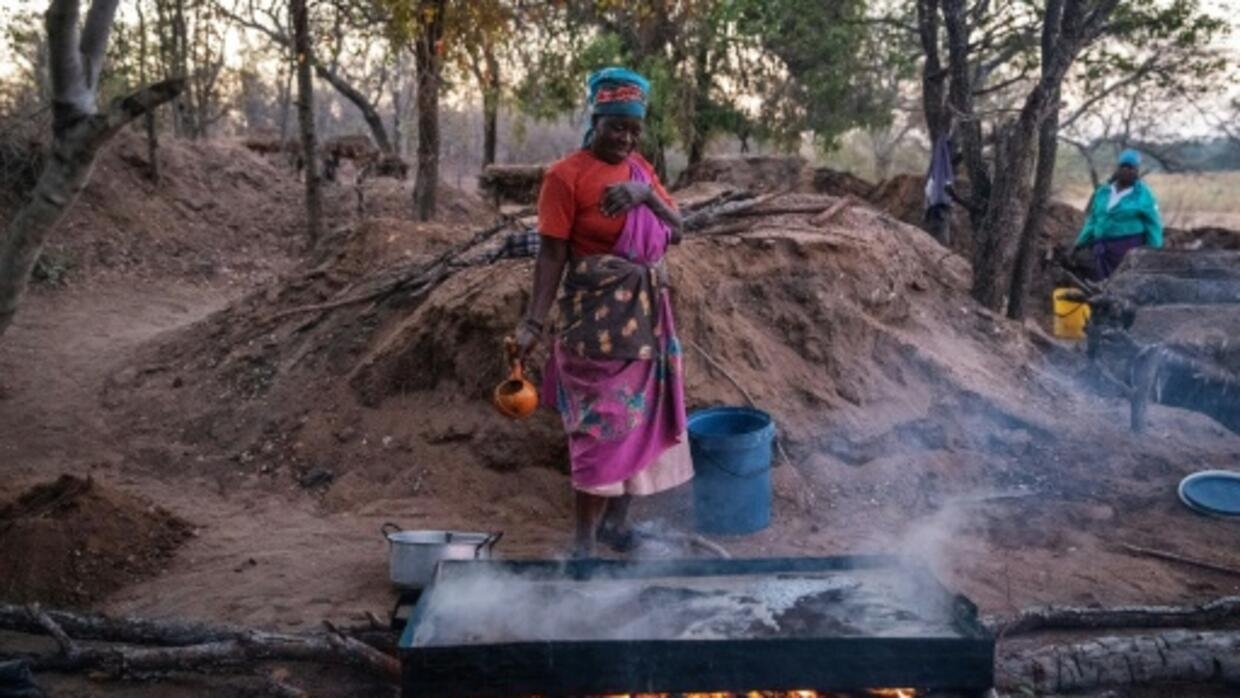 In South Africa, the sacred salt that spices the great cuisine

The staff of the ward flooded the Tama River.

Chiba Kamogawa City evacuates to the area along the river

Along the Tama River Why is a new construction in the “flooded area”?

The scam that triggered the tragedy of Logroño