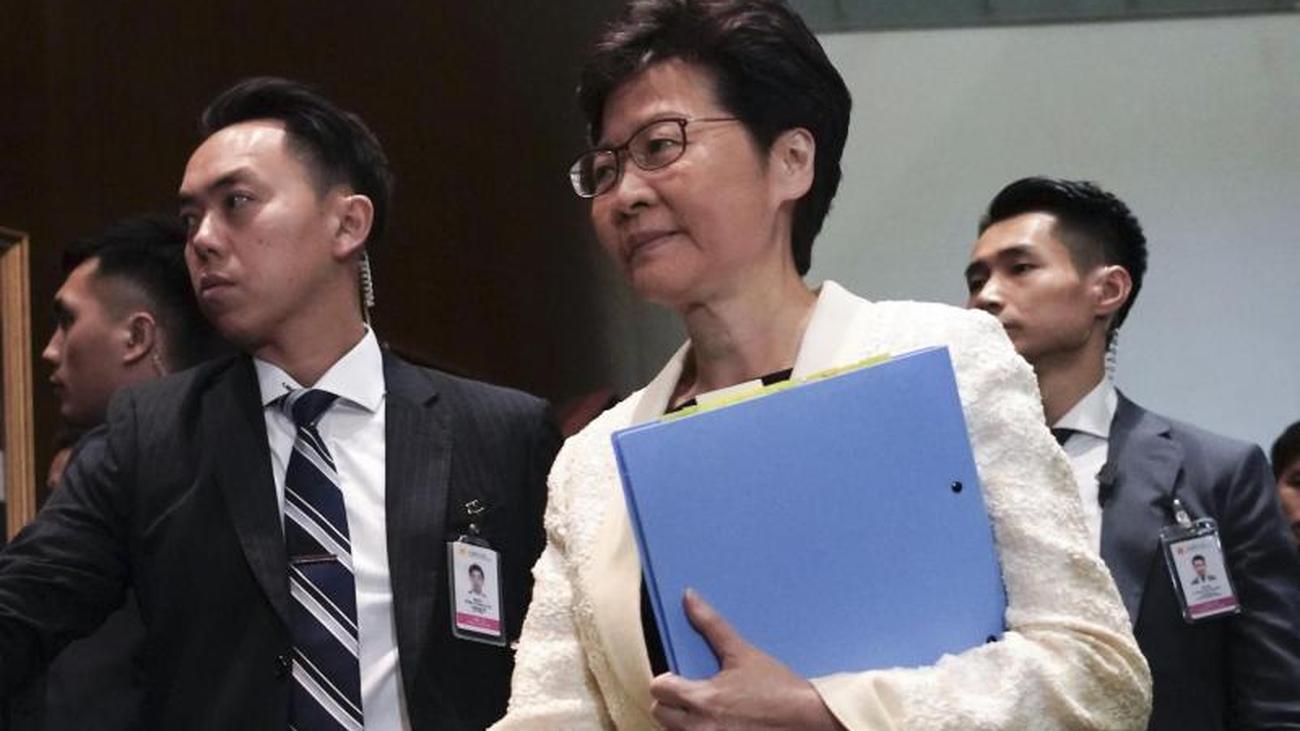 Hong Kong / Beijing (AP) - Are the days of Hong Kong's governing body Carrie Lam numbered? As the Financial Times reported, the Chinese leadership is considering a long-term replacement of the controversial politician who has plunged Hong Kong into the worst crisis since its return to China in 1997.

Their controversial plans for extradition of suspects to China, which triggered months of protests, were formally withdrawn on Wednesday after the summer break in parliament.

The future of the unpopular head of government has been speculated for some time. If China's state and party leader Xi Jinping opted for a change, a replacement could take until March and take over the remainder of his term until 2022, the Financial Times wrote.

The situation must stabilize but before. Beijing does not want to give the impression of bowing to violence on the streets, the Financial Times quoted people who were told about the plans.

As expected, the government in Beijing denied: "These are political rumors for low motives," said Foreign Ministry spokeswoman Hua Chunying. The central government is fully behind Lam and its efforts to end the turmoil and restore order as soon as possible. However, potential successors have already been traded in Hong Kong: Norman Chan, once head of monetary supervision, or Henry Tang, formerly head of administration and finance minister.

The case of a suspected killer who allegedly killed his girlfriend in Taiwan on vacation in 2018 had gotten things moving. Since there is no extradition agreement between the two sides, he could not be extradited from Hong Kong. He was sent to prison for another offense, but was released on Wednesday after his term expired. He wants to face the authorities in Taiwan now, which is not that easy.

A tug of war has erupted between China's Special Administrative Region and the Democratic island of Taiwan, which considers Beijing as part of the People's Republic. First, Taiwan wanted the man to be brought to justice in Hong Kong, but the judiciary does not feel responsible there. Now the 20-year-old wants to travel voluntarily to Taiwan to face, but he lacks a permit from Taipei. Instead, Taiwan wanted to send police to pick it up, which Hong Kong does not want to allow for status reasons because China does not recognize Taiwan's sovereignty.

Referring to the legal vacuum in the case, Hong Kong's head of government had issued the extradition law in the spring. It would not only have allowed deliveries to Taiwan, but also to China. The plans met with immediate resistance. While liberal Taiwan has an independent judicial system, the courts and prosecutors in the People's Republic are under the leadership of the Communist Party and also serve political persecution. Critics also warn against ill-treatment.

For fear of the long arm of China, the protests began. Even the withdrawal of the bill could not calm the situation. The demonstrators have since extended their demands. They now call for an independent investigation into police brutality in the protests, impunity for the more than 2,000 arrested and free elections. The protests, which often end in riots, have already lasted 20 consecutive weekends.

Since its return to China in 1997, the former British Crown Colony is autonomously governed as a Special Administrative Region on the principle of "one country, two systems". The seven million Hong Kong residents are under China's sovereignty, but, unlike the people of the Communist People's Republic, they enjoy more rights such as freedom of expression and assembly, which they now fear. 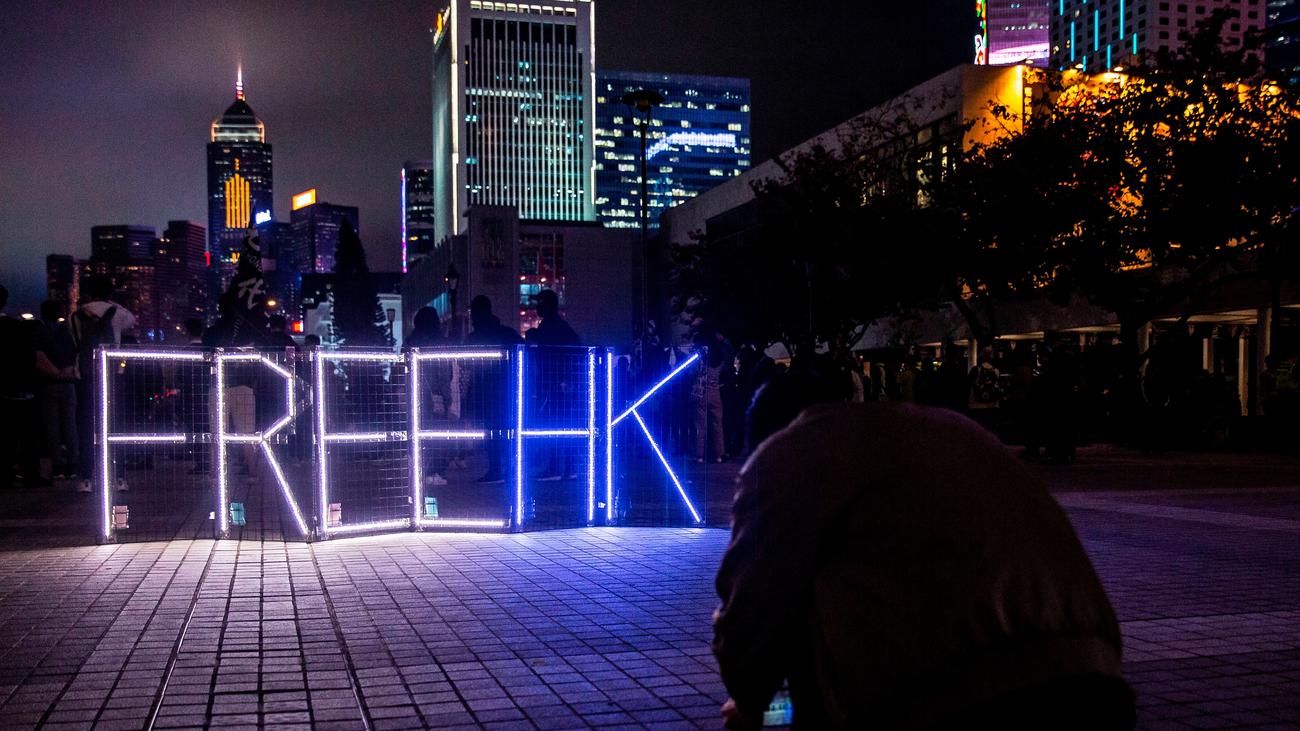 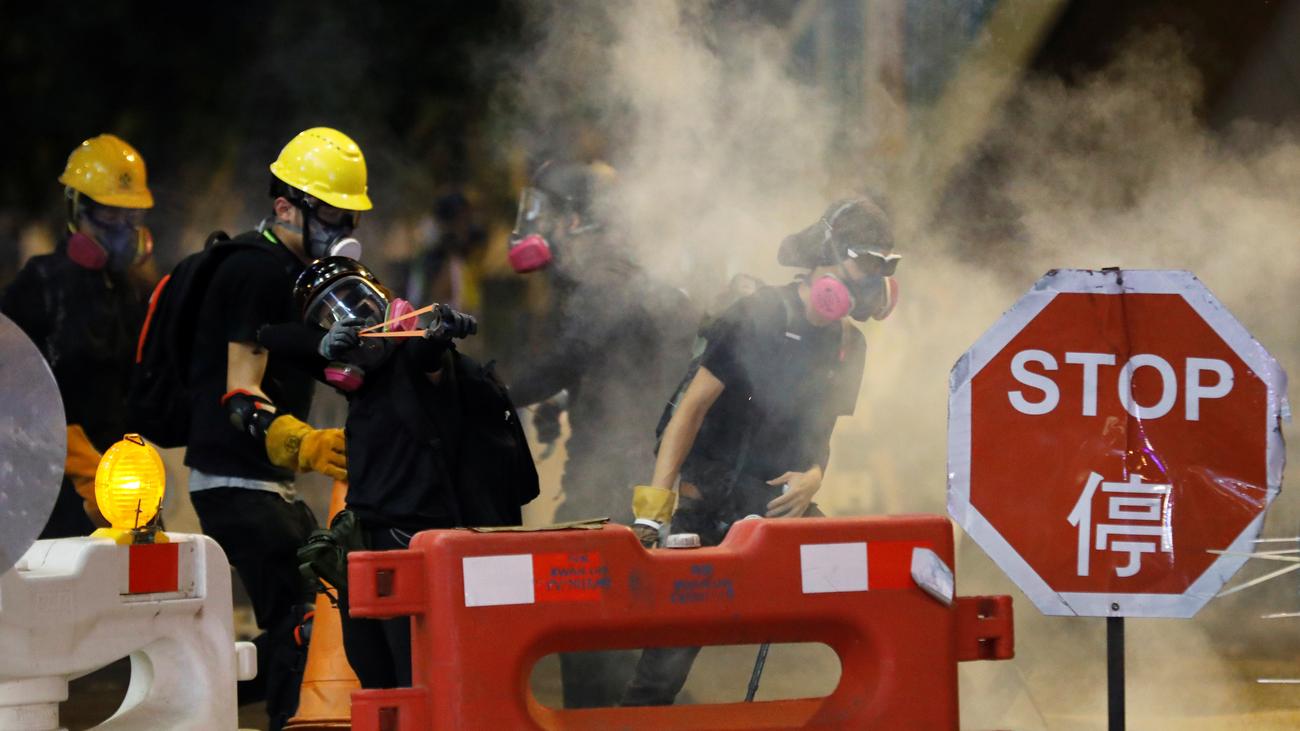 Carrie Lam: First dialogue on the protests in Hong Kong