Terror in Afghanistan: More than 60 dead at attack on wedding party in Kabul 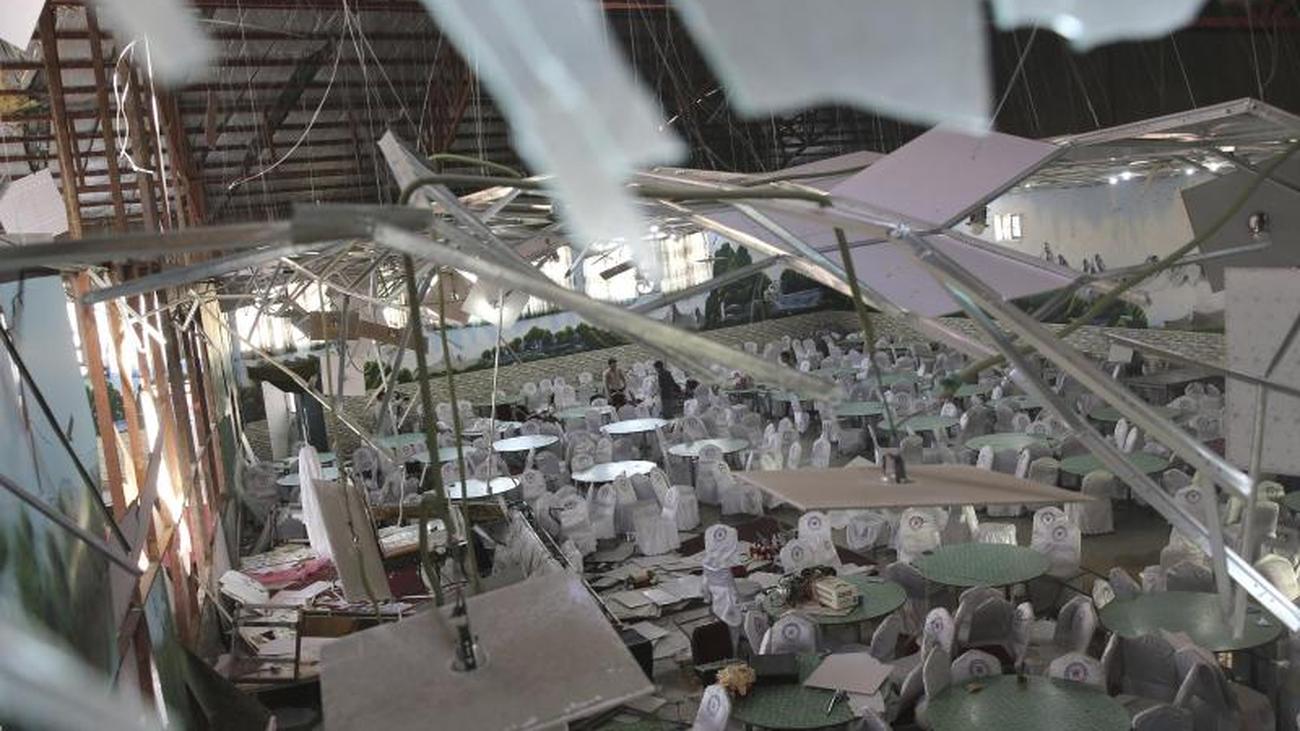 Kabul (AP) - The terrorist militia Islamic State (IS) has committed to the attack in a wedding hall in the Afghan capital Kabul on Saturday night (local time).

A Sunday news broadcast on the Internet said a suicide bomber detonated an explosives vest at a rally of "heretics." When security forces rushed to the site, other IS fighters would have detonated a car bomb. However, the Afghan Ministry of Interior only confirmed the suicide bombing in the wedding hall.

The message was initially not independently verified, but it was spread through the usual channels, about which the terrorist militia so far complained of attacks for themselves.

It is the deadliest attack in Afghanistan since the beginning of the year. At least 63 people were killed and at least 182 more were injured in the attack in the southwest of the city, Interior Ministry spokesman Nasrat Rahimi said about Whatsapp. Among the victims are also women and children. In Afghanistan, the devastating attack triggered shock and anger.

According to Rahimi, the explosion occurred just before 11:00 pm (local time) in the wedding hall "Dubai". At weddings in Kabul, men and women celebrate in separate rooms. Mostly hundreds of guests are invited. Usually dinner will be served after 10pm.

Videos shared on social media during the night showed desperate people in front of the wedding hall missing family members. Images from the wedding hall showed lying lifeless bodies, some of which were on blood-stained white chairs or on the floor. On the tables were still full plates of food and soda cans.

An eyewitness told The New York Times that all members of the music band had been knocked off the stage by the explosion. Local TV channel ToloNews shared Sunday morning with a picture of men digging graves for 15 members of a family. In Muslim countries, dead people usually have to be buried within a day.

Many Afghans were appalled by the attack. "This tears my heart," wrote the artist Omaid Scharifi on Twitter. "How is this justified ?! What is our fault ?!"

An employee of a mobile phone shop who lost friends in the attack expressed his anger that the numerous security forces in the capital could not prevent such attacks. "We have no government in this country, we have nothing!" He said.

President Ashraf Ghani expressed his deepest sympathy to the families of those killed. He convened a special session of the security authorities and canceled an election campaign planned for Sunday in Kabul. The presidential election is due to take place at the end of September.

The German ambassador to Afghanistan, Peter Prügel, wrote on Twitter that he was "deeply shocked" by the attack on civilians who tried to live a certain normality in war-torn Afghanistan. "That's more than terror, that's just crazy!"

The German Special Representative for Afghanistan, Markus Potzel, tweeted: "This is completely ill and inhuman. It has to stop immediately." He called on all those involved to step up their efforts for peace in Afghanistan.

Iran condemned the attack in the strongest terms. "This was a heinous act by enemies of humanity who do not want to see peace and prosperity in Afghanistan," Foreign Ministry spokesman Abbas Moussavi said on Sunday in Tehran. According to the spokesman, according to the web portal of the Foreign Ministry, the Iranian government's thoughts are with the families of the victims.

The wedding hall is located on Dar-ul-Aman Street, which is solemnly lit for the Afghan Independence Day on this Monday night. In recent weeks, all Kabul was decorated for the celebration, over many streets were hung Afghanistan flags. Hundreds of men were working on Sunday near the attack site on the Royal Palace, which was to be reopened on Monday after more than three years of renovation. Whether the Independence Day celebrations take place as planned was initially unclear.

The attack on the wedding hall was the 17th major attack in the capital Kabul since January. In the previous 16, according to authorities, at least 113 people were killed and more than 700 injured. Some of the attacks were known by the Taliban, some by the Islamic State terrorist militia.

Since July last year, the US has been talking to senior Taliban representatives about a political solution to the longstanding conflict. It is all about troop withdrawals and Taliban guarantees that Afghanistan will not become a safe haven for terrorists. Both sides had recently shown optimism to come to an agreement soon. However, many Afghans fear that the violence caused by IS attacks in the country could continue.

Terror in Afghanistan: More than 60 dead at attack on wedding party in Kabul 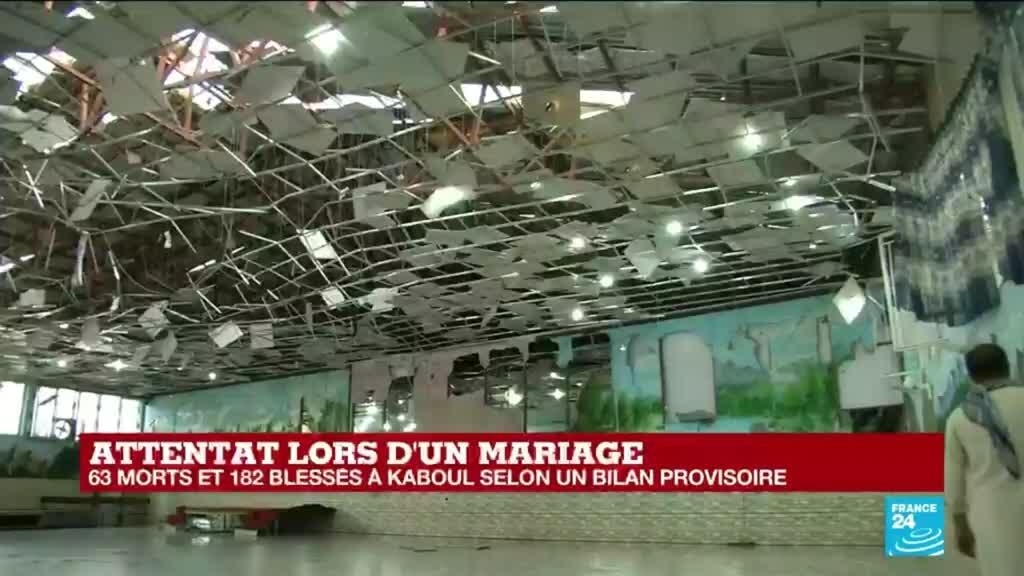 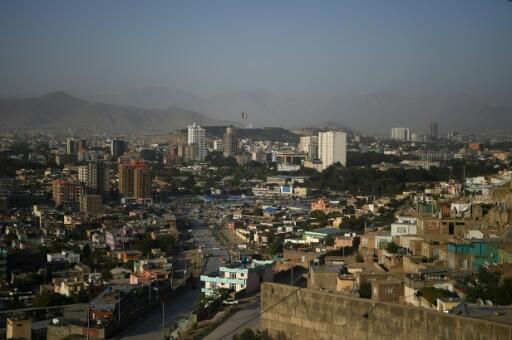 Afghanistan: More than 60 dead by attack in Kabul 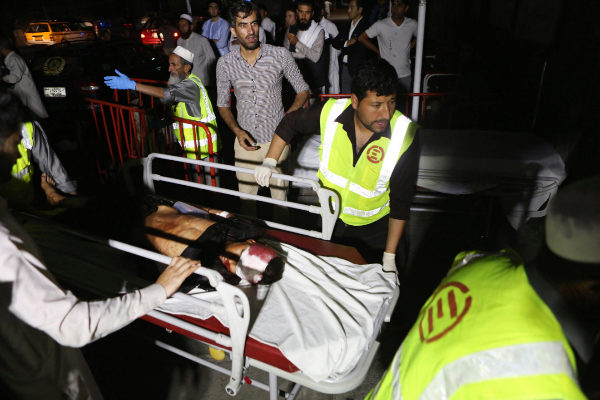 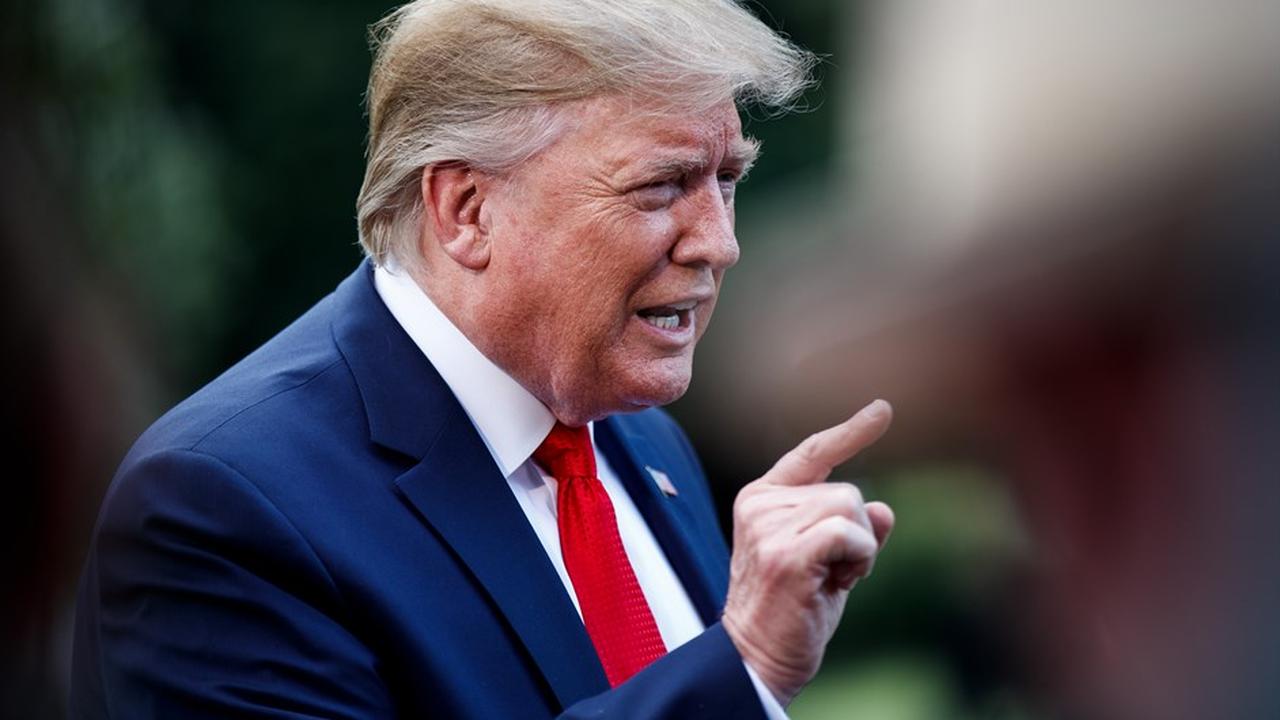 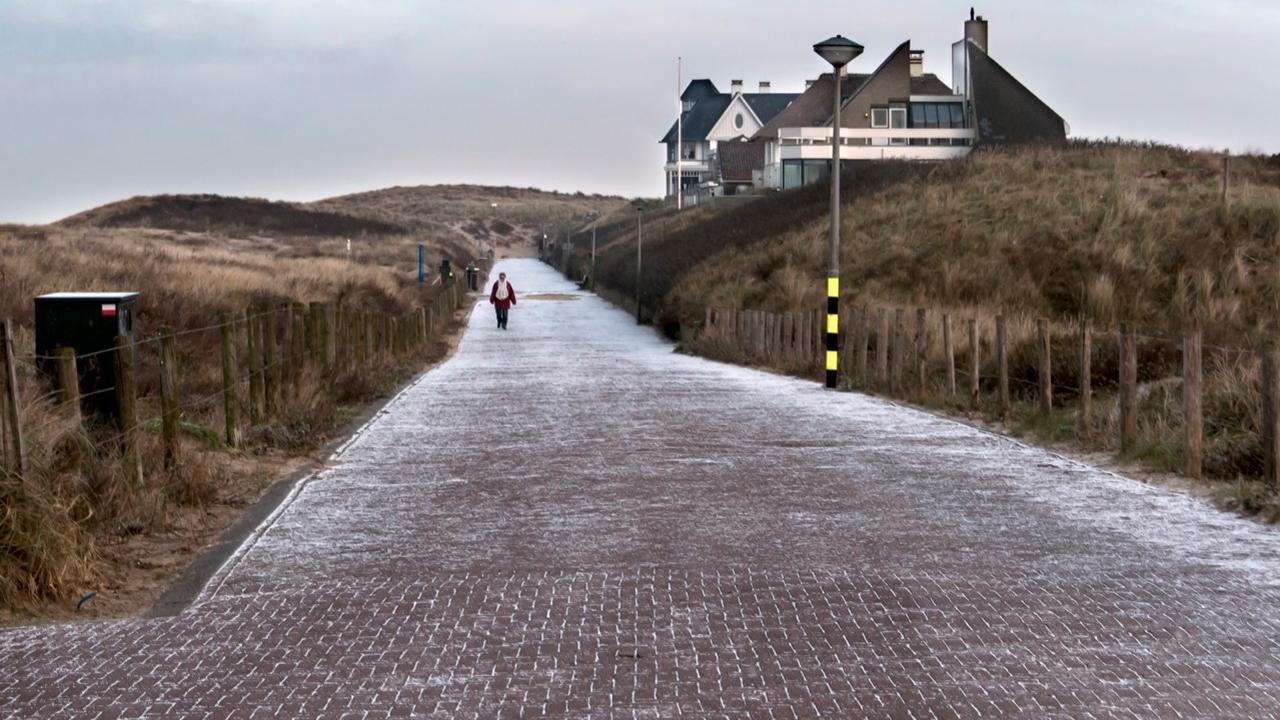 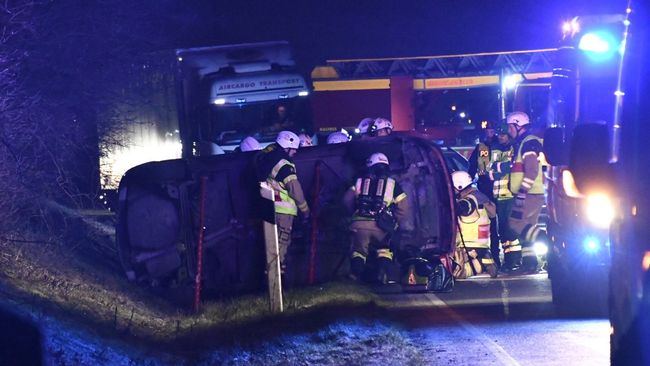 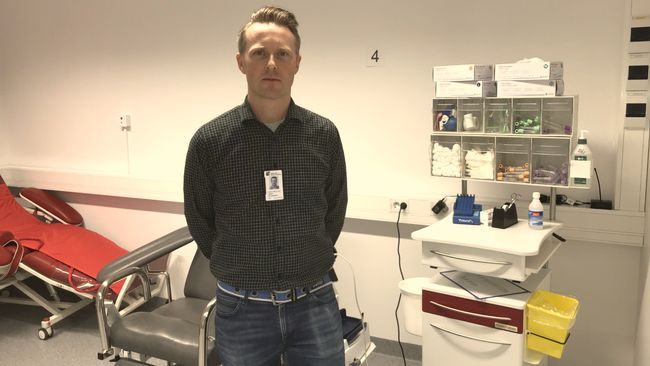 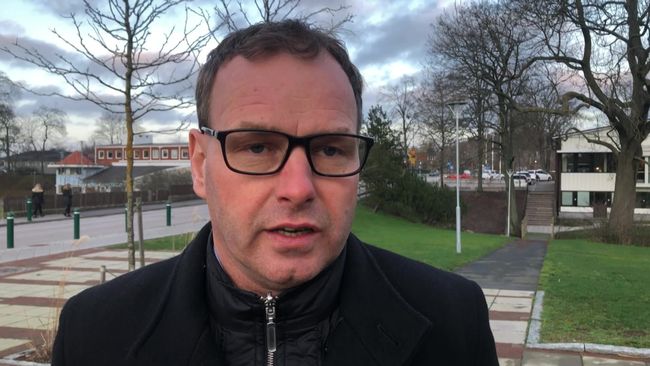 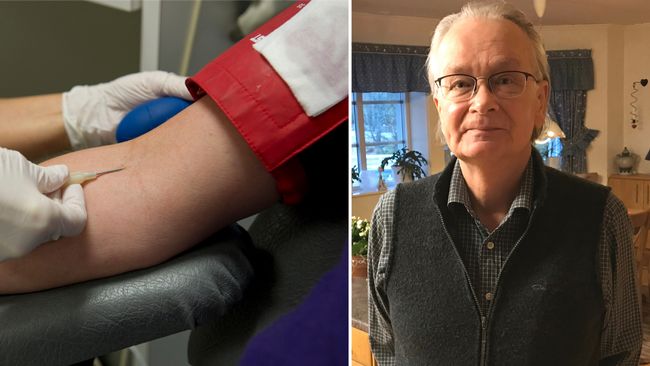 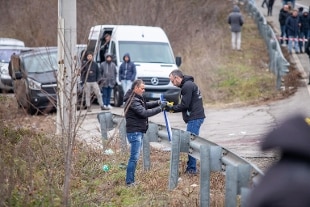 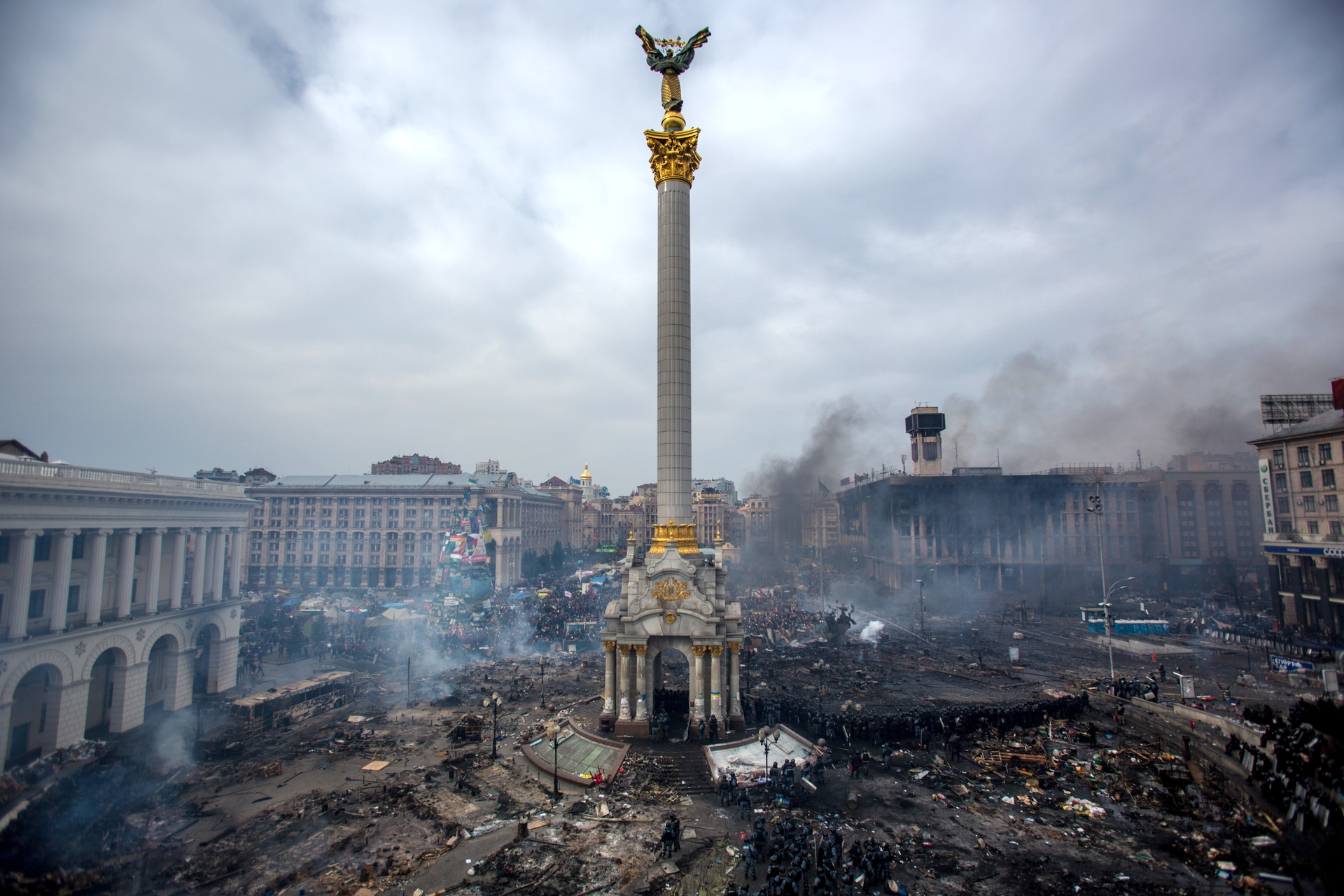 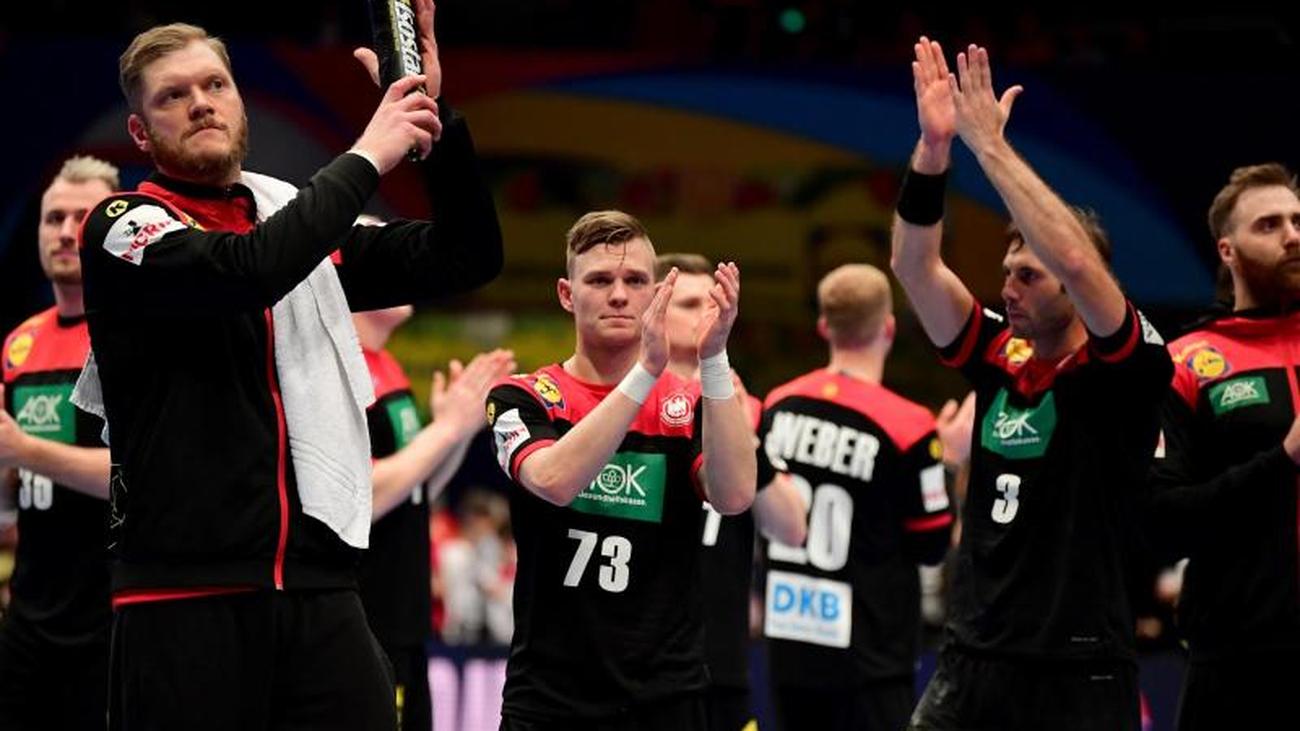