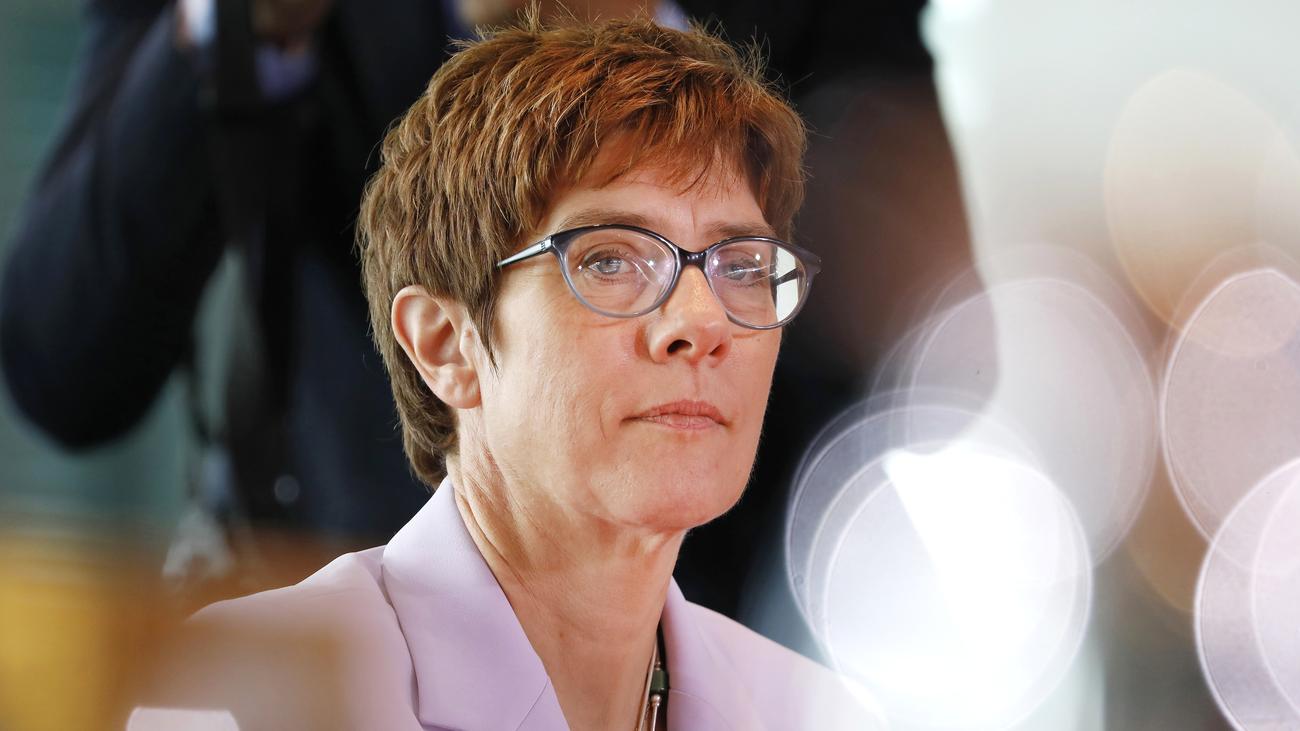 CDU chief Annegret Kramp-Karrenbauer has triggered with comments on a possible party exclusion proceedings against the controversial ex-intelligence chief Hans-Georg Maassen trouble in their own ranks. Shortly before the elections in Saxony, Brandenburg and Thuringia, East German CDU leaders in particular expressed their displeasure with the party leader. By contrast, Kramp-Karrenbauer received support from others: "The demarcation is completely correct and necessary," said CDU board member Johann Wadephul. His board colleague Marco Wanderwitz from Saxony also said that a clear attitude towards Maaßen is necessary: ​​"He actively pursues the rapprochement with the AfD, an extremist party, which is against the fundamental values ​​of the Union."

Clear criticism of Kramp-Karren Bauer's remarks was made by Saxony's Prime Minister Michael Kretschmer, who had to fear in the state election on September 1 that the right-wing populists of the AFD could become the strongest force. For all legitimate criticism of Hans-Georg Maaßen - we exclude anyone from the CDU, just because he is uncomfortable, "Kretschmer said the picture on Sunday. He advised serenity in dealing with different opinions in the party.

The head of the Thuringian CDU Mike Mohring said: "We do not consider this recent discussion of personnel as particularly helpful." Permanent inward debates were only partially suitable. "The concept of the People's Party lives from the discourse about the best way and the ability to go together then."

Kramp-Karrenbauer had told the newspapers of the Funke Media Group, when asked whether they are considering a ban on the CDU member Maaßen, "There are good reasons to exclude someone from a party, but I see Mr. Maassen no attitude that really connects him with the CDU. "

Asked whether she shows Maaßen and the ultra-conservative value union of which the ex-constitutionalist is a member, Kramp-Karrenbauer said the tea party movement in the US had undermined and radicalized the Republicans. "That will not be allowed by the CDU, which I will do as chairman." It is the right of every member to express their opinion. "Trying to create a completely different party, however, encounters my very strongest resistance."

CDU General Secretary Paul Ziemiak was faced with the criticism of Kramp-Karrenbauer to clarify the fact that the chairman had not demanded a party exclusion Maaßens. On Twitter he wrote that in the CDU with over 400,000 members would "different opinions represented - and that's a good thing."

1/2 clarification: @AKK does not demand a party exclusion from # Maaßen. In the @CDU as a People's Party of the middle with over 400,000 members are represented different opinions - and that's a good thing. pic.twitter.com/cfZbegnKbH

Party colleague Wadephul agreed. Kramp-Karrenbauer correctly did not announce a concrete exclusion procedure. "Because more important than the membership of individuals is that groups such as value union and the Union of the middle be dissolved," he said. In the CDU there has always been a large personal spectrum. "But this group formation only brings discord instead of culture of discussion."

The head of the Junge Union, Tilman Kuban, sees no reason for a debate on a party disqualification against Maaßen: "For me it is clear: We exclude anyone, just because he is critical and sometimes uncomfortable," said Kuban the German Press Agency in Berlin.

Maaßen belongs to the conservative CDU / CSU splinter group value union. He had come in the late summer of 2018 as President of the Federal Constitutional Protection in the criticism, after he had doubted the authenticity of a video that shows after the killing of a man in Chemnitz an attack on migrants. In November 2018, Federal Interior Minister Horst Seehofer (CSU) Maassen in the temporary retirement, after he had spoken according to a speech manuscript of some "left-wing forces in the SPD".

Maaßen has also repeatedly confirmed his criticism of the migration policy of Chancellor Angela Merkel (CDU) and the Federal Government. In June, Maaßen had demanded that the CDU should not rule out a coalition with the AfD, for which Kramp-Karrenbauer had criticized him. For the right-wing conservative value union, Maaßen recently completed several campaign appearances in the eastern German states, where state elections are imminent.

A voluntary withdrawal from the CDU rejected Maaßen so far. On Kramp-Karren Bauer's recent comments, he responded with unanimity: "This harms the CDU massively and the political opponent massively members and vote in the arms," ​​said Maaßen the news agency AFP. In addition, he experienced great popularity at the base in his performances for the CDU - especially of "undecided voters".

Value Union chief Alexander Mitsch warned the party on Saturday before attempting to exclude Maassen and announced a solidarization campaign announced in the party. A party exclusion procedure "would be a fatal signal for the freedom of expression within the party". 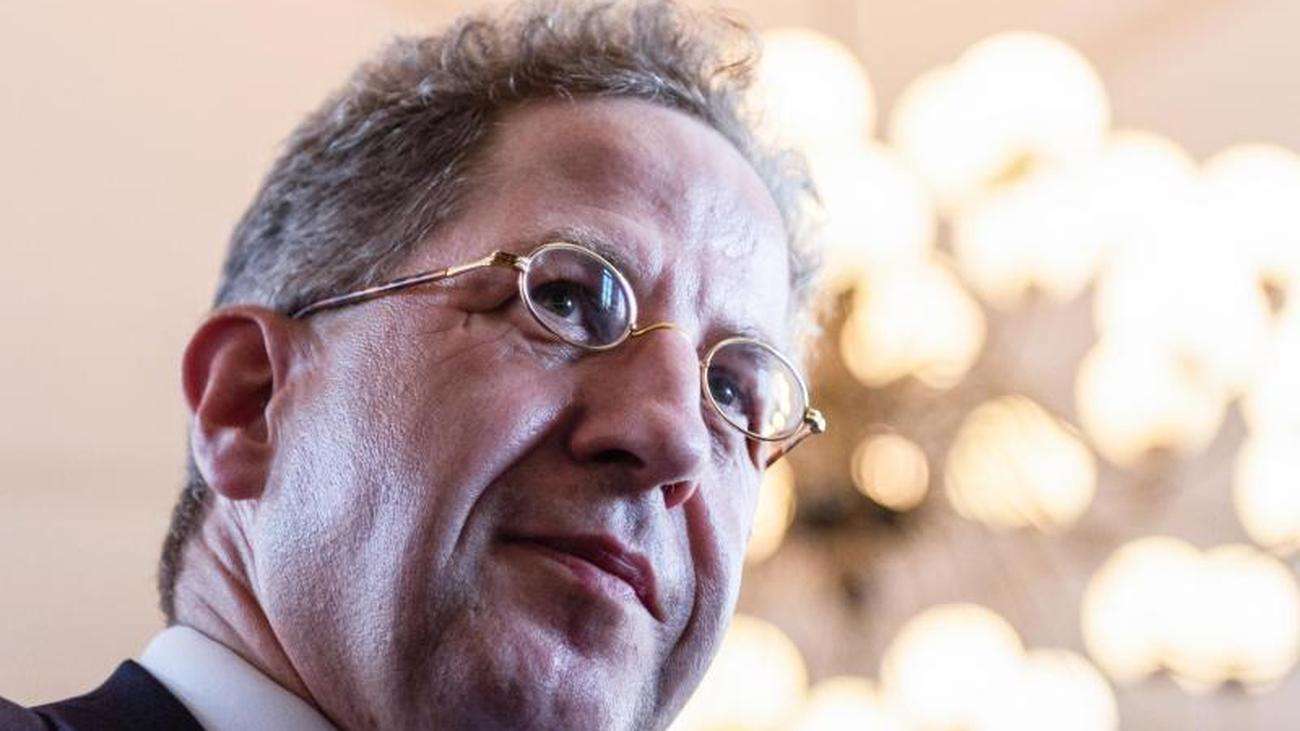 Debate in the CDU: Criticism of AKK in the dispute over Maaßen does not ebbs 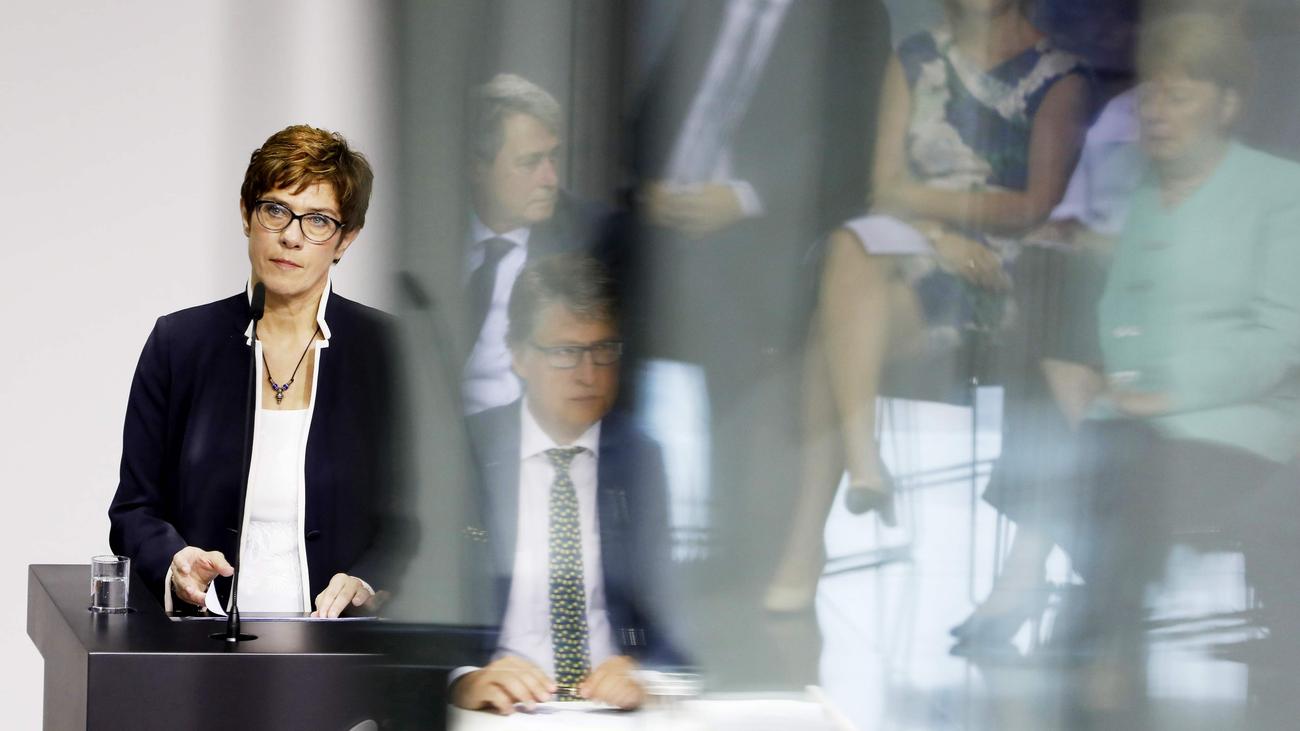