With a bit of luck, the Dutchman and half Belgian Max Verstappen (24) will become Formula 1 world champion on Sunday, provided he wins the Grand Prix of Saudi Arabia and competitor Lewis Hamilton ends up in sixth place or even further. Otherwise, the resit will take place on 12 December. 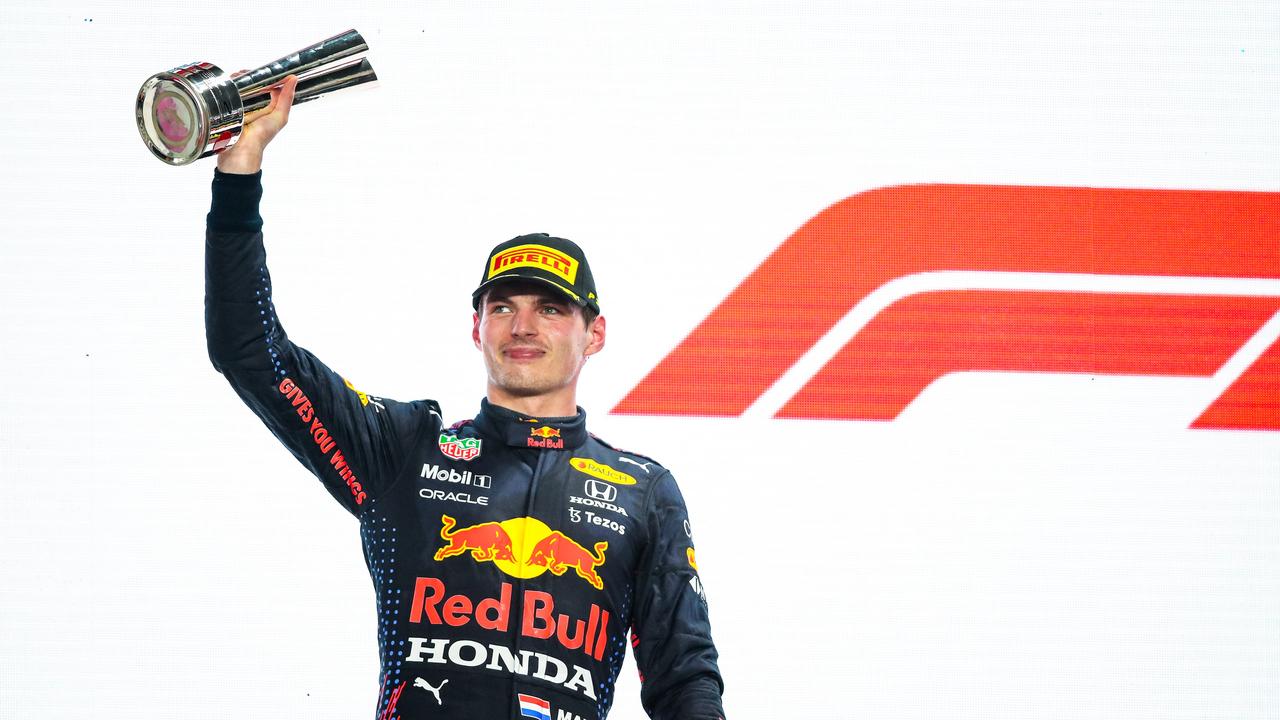 With a bit of luck, the Dutchman and half Belgian Max Verstappen (24) will become Formula 1 world champion on Sunday, provided he wins the Grand Prix of Saudi Arabia and competitor Lewis Hamilton ends up in sixth place or even further.

Otherwise, the resit will take place on 12 December.

Max Verstappen superfan Bas van Bodegraven from Tilburg will be there on Sunday in Jeddah and on December 12 in Abu Dhabi.

He hopes that his idol can crown himself as F1 world champion this weekend, but is aware that the chance is small.

“The brand new Jeddah Corniche Circuit along the Red Sea is a street circuit,” he explains.

"Long and fast, with a lot of corners, which is not ideal for Max Verstappen. So it could well be that he drops out there. Then he has to give everything in Abu Dhabi. But if Lewis Hamilton drops out on Sunday, the loot is in. Then it is enough for Max to drive out of Abu Dhabi calmly."

Even if Verstappen does not become world champion, the joy in the Netherlands is already great. Because according to Van Bodegraven, Verstappen writes national history even without that highest scaffold. "Never before has a Dutch F1 driver drove at such a high level. The duel between Max and Lewis is very similar to that other mythical fight, between Ayrton Senna and Alain Prost in 1989-1990. Formula 1 was not like this in decades exciting."

On September 30, 1997, Max Verstappen saw the light of day in Hasselt, as the son of the Dutch Formula 1 driver Jos Verstappen and the Belgian karting driver Sophie Kumpen.

He grew up in Maaseik.

"She beat Max' current Red Bull team boss Christian Horner. I myself became captivated by Formula 1 at the time because of Max's father Jos Verstappen."

Jos Verstappen made his debut with the Benetton team in 1994, as a teammate of Michael Schumacher. He became the most successful F1 driver in the Netherlands with twice a third place. "Yet Jos was heavily undervalued as a driver," says Van Bodegraven. "Now he takes revenge through Max. He gave his son a university education in Formula 1 racing from the age of four."

Jos Verstappen first introduced his very young son to the secrets of karting.

Their operating base was the studio of the befriended Pex family, roofers from neighboring Maasbracht.

There Jos adjusted the karts of Max and the brothers Jorrit and Stan Pex down to the smallest details.

Max and his friends then drove endless rounds on their go-karts.

Later on, father and son Verstappen traveled regularly to southern Europe, the karting mecca, to participate in competitions.

It is estimated that Jos Verstappen invested half a million euros in the youth academy of his son Max.

Father Jos Verstappen is the grandson of a car wrecker near Roermond. On his grandfather's property he raced a go-kart with boys from the neighborhood. With the help of his father Frans Verstappen, the young Jos took part in competitions on the go-kart track in Genk. There he met Sophie Kumpen, descendant of the Kumpen family of contractors, specialized in road works. Sophie's uncle Paul Kumpen was chairman of Voka from 2015 to 2018 and, like his well-known son Anthony, is an avid car racer.

Sophie Kumpen stopped racing after she married Jos Verstappen in 1996. Two years after Max, daughter Victoria was born. In 2007 the marriage ended in a divorce, in which Jos punctured his ex's car tires and threatened her via text message. It earned him a conviction for stalking, with a suspended prison sentence and a fine. After the divorce, teenager Max moved in with his father; Victoria stayed with her mother.

For a long time the rumor buzzed that Max Verstappen did not want to become a Dutchman, but a Belgian.

Until he applied for a Dutch passport in 2015 on his eighteenth birthday.

According to Verstappen himself, because he has always felt more Dutch.

According to Formula 1 insiders, because his management detected more money with large Dutch entrepreneurs than with Belgian ones.

In the same year, Max exchanged the bronze-green oak of Maaseik for the more tax-friendly Monaco.

On March 15, 2015, the then seventeen years and 166 days old Max Verstappen made his debut on the Melbourne circuit as the youngest Formula 1 driver ever.

After engine trouble he disappeared from the race;

yet he made an impression.

F1 watchers recognized that of father Jos in his driving style: aggressive and a tad reckless.

Until today, some people find Max's steering skills too extreme.

Although others find that just his strength.

According to them, only his car keeps him from a world title, because the Red Bull car with its Honda engine has less power than Hamilton's Mercedes.

It was briefly suggested that Verstappen will start on Sunday with a new, super-fast, compact rocket engine from Honda.

That maneuver would cost him five places in the ranking as a 'punishment'.

Both Verstappen and Honda have now announced that the new engine will not be available for the time being.

After Max Verstappen's Formula 1 debut in Australia, Dutch Limburger Raymond Vermeulen came on board as manager.

"He is a family friend of the Verstappens and accompanied father Jos when he was still a race driver," says Bas van Bodegraven.

Like a mother hen, Vermeulen monitors the commercial and business interests of the successful 'Max Verstappen' brand.

If you try to surf on the success of Verstappen without being asked, you risk a heavy slap on the fingers.

For example, Verstappen's management started a lawsuit in 2018 against the Dutch online supermarket Picnic, after it made a commercial with a lookalike of the driver.

Picnic had to pay 150,000 euros in damages in the first instance, but was acquitted on appeal.

The inspirer and founder of the 'Gomax Fanclub', active since 2014 and with a strong 81,000 members, was asked to no longer call himself 'founder of the Max Verstappen fan club'.

After all, there is no official fan club recognized by the Verstappens.

Has Van Bodegraven ever met his idol?

"I have never sat at the table with him, but I did bump into him a few times on F1 circuits. I have more contact with father Jos. Does he have a short fuse? He is friendly, although he can sometimes be curt." After the start of the Gomax Fan Club I regularly asked him what he thought of some messages I wanted to post. Usually his answer was: 'You have to know what you are doing with it.

Does Max Verstappen have a go at his pace?

"Max is very calm. He inherited that calmness from his mother."