Ten years of fighting Zwarte Piet: 'Revenge has no winners'

Jerry Afriyie is one of the founders of Kick Out Zwarte Piet (KOZP). Since he was arrested ten years ago during the Sinterklaas arrival in Dordrecht, his fight against racism and Zwarte Piet has become more intense every year, but the end is in sight. "I knew I was going to suffer pain and lose things." 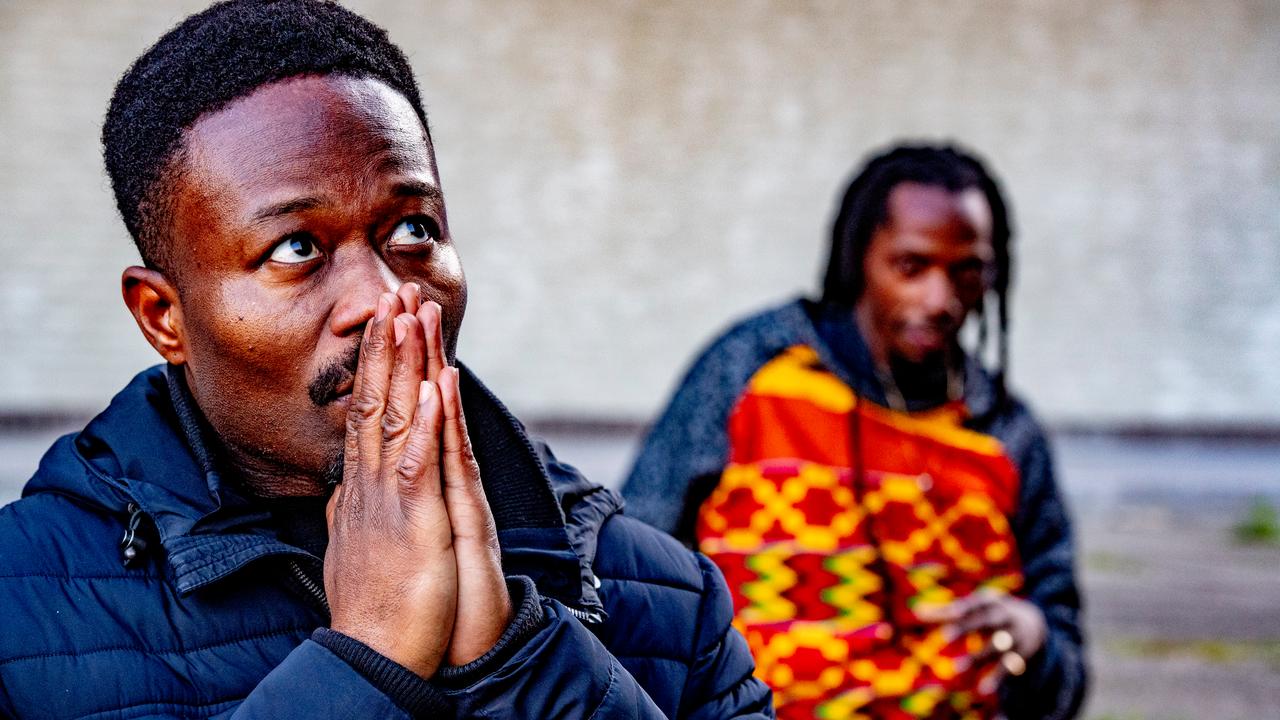 Jerry Afriyie is one of the founders of Kick Out Zwarte Piet (KOZP).

Since he was arrested ten years ago during the Sinterklaas arrival in Dordrecht, his fight against racism and Zwarte Piet has become more intense every year, but the end is in sight.

"I knew I was going to suffer pain and lose things."

Whatever happens, on December 5, 2025, Afriyie will leave all app groups, mailing lists and agendas of the Netherlands Get Better Foundation and with that also from the KOZP action group.

"I told everyone: from that day on you will not get an answer, no green check, nothing more."

Afriyie says it with a smile, but is dead serious.

Then it's really done.

In 2025, he devoted more than fourteen years of his life to removing Zwarte Piet from the Sinterklaas party.

2025 is also the year in which Zwarte Piet can no longer be seen in the Netherlands.

At least, that is the mission of KOZP.

"The goal is for us as a country to say: this is no longer possible," says Afriyie, who moved from Ghana to the Netherlands at the age of eleven.

"And that we say that regardless of whether or not there is a black person around. It must become the norm. Zwarte Piet should no longer be seen as a child's friend, but as a racist relic from the past. The Sinterklaas party is a beautiful tradition, but we don't need Zwarte Piet for that."

Will racism also disappear from the Netherlands with Zwarte Piet?

"Racism will never disappear. Traffic lights are not made with the conviction that no one will drive through a red light anymore. Fighting racism is a war you wage. Fighting Zwarte Piet is a fight within that war."

If you say to a municipality: 'Do not use Zwarte Pieten, otherwise we will demonstrate peacefully', then such a municipality is aware of the possible unrest.

Is that a form of blackmail?

"No, we use our right to demonstrate. If you do not help in an accident, you can be punished. If you see that someone is discriminating and you do nothing, you should also be punished. They say that we polarize. But you are going to tell me Why not tell us that if we intervene somewhere in the world because things go wrong, we will create polarization?Some people are afraid to adapt Zwarte Piet, because that would admit that they have maintained a racist figure all along. It's about making a better country together with advancing insight."

Kick Out Zwarte Piet is campaigning during the Pietenparade.

Kick Out Zwarte Piet is campaigning during the Pietenparade.

What price did you pay for the fight against Zwarte Piet?

"The movement grew every year. I got busier and busier, saw my children (aged eleven and eighteen, ed.) less and less. I am actually a part-time father. I hardly ever see my mother in Ghana. I want so badly writing poems again, but I only write press releases and statements. I am being threatened, have lost my job. The police have assaulted me several times. I have chronic back problems."

Is it all worth it?

"If we really lived in a country where we respect each other and are against racism, this fight wouldn't have been necessary. When you fight, you have to be sacrificial. I knew I was going to get hurt, that I was going to lose things. But I want my children to inherit a society that is safer than the society I grew up in. Rather than a full-time father. Their whole lives will be disrupted and limited if we don't fight racism."

"It is an emotional torment for them as they have had to share their father with his struggle since birth."

When the youngest is in bed at night and misses Dad, can she console herself with the thought that her father is fighting for a better future?

"No. Maybe in part. What I think is important is that she can become what she wants later and that society will have as little influence as possible on that. My children have loving people around them and I really do the standard things with them. But I miss a lot of social aspects. I am threatened in a gathering, while they are sleeping. It is an emotional torment for them, because they have had to share their father with his struggle since birth."

In 2018 you demonstrated with KOZP during the arrival in Eindhoven.

You were threatened, verbally abused and pelted with eggs.

Have your kids seen those images?

"That could be. My daughter in particular spends a lot of time on social media. She finds it exciting when she sees a picture of daddy on the internet. If you miss your father, you naturally want to know what he is doing. I explained to her where I sometimes run into it. And that our family is sometimes threatened. "This week mommy is going to school with you. You can't cycle by yourself."

That's so hard. There are people who hurt me because they don't understand me. But if you would talk to me for half a minute, I'm sure you don't want to hurt me anymore."

I know people who want to keep Zwarte Piet, but don't consider themselves racist.

I understand they think so.

"The problem is that in the Netherlands they look at intention and not at result. I am in a busy cafe and I go to the bar. Someone steps on my foot. You know that person does not do it on purpose, but you have a corn and yells out. Then he says to me, "I didn't mean it like that," but he's still standing on my foot. When I ask him to take his foot away, he replies, "But this is tradition, so we do it here every week.'"

What do you advise parents if their child calls a dark person Zwarte Piet?

"That still happens and enough parents just laugh along with their child. The times I was called Zwarte Piet by children, I would have liked the parent to say to them: 'No, dear. That's not Zwarte Piet. Zwarte Piet is a fantasy figure. Sorry sir, I hope we change the tradition together.'"

Can you have any feelings of revenge?

"I divide activists into two groups: people who want revenge and people who want justice. I am in the latter group. Someone who wants revenge doesn't care if the Netherlands is on fire tomorrow. He will say: 'Nice for you. .'

But anyone who wants justice knows that if the Netherlands is on fire, his house will also be on fire. And so will his children. That revenge will hit us all, but we fight as one country, not against each other. I am looking for allies to take the next step. Revenge has no winners."