Without ASML's computer chips, the world would stand still

Computer chips make the world go round. The Dutch ASML has about 90 percent of the market in the hands of machines that can make such chips. Ergo: without ASML no chips. Five questions about the company from Veldhoven. 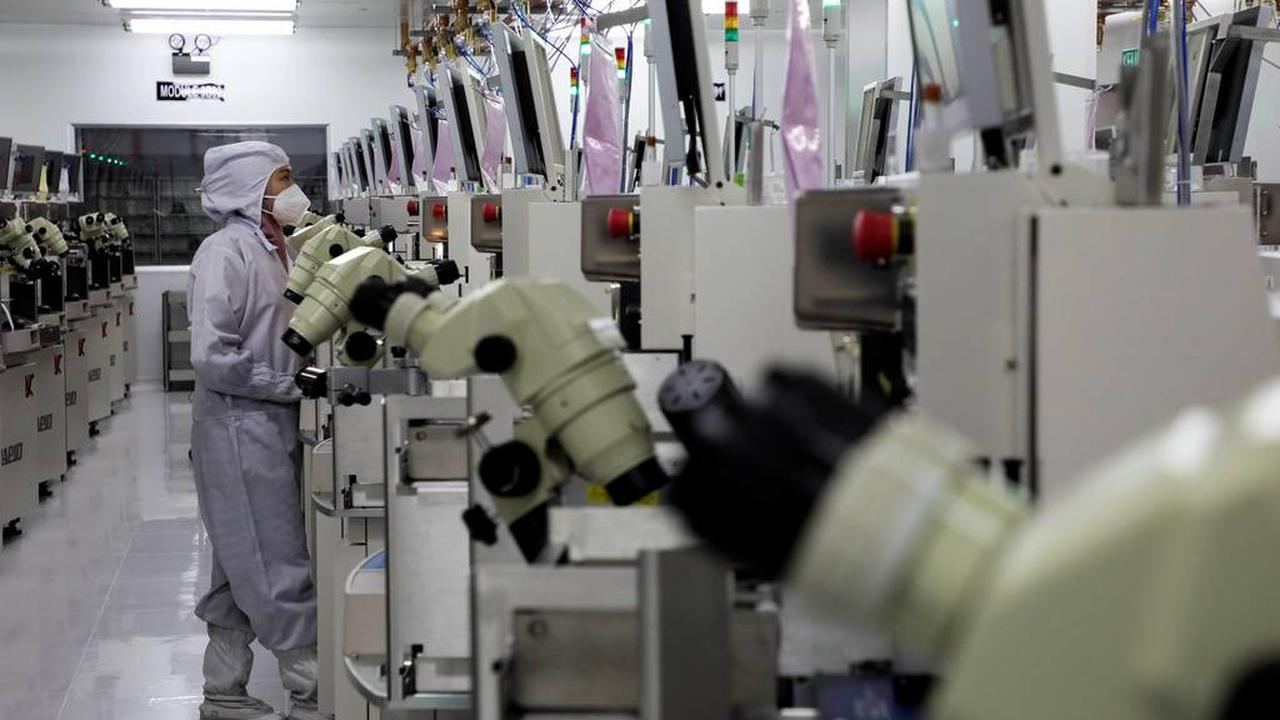 The Dutch ASML has about 90 percent of the market in the hands of machines that can make such chips.

Ergo: without ASML no chips.

Five questions about the company from Veldhoven.

Why are chips so important?

Because they're just about everywhere.

Without chips, no game consoles, laptops or smartphones.

There are about 1000 in an average car. But it doesn't stop there.

Those things are everywhere.

What about the chip shortage?

Speaking of corona. The arrival of the pandemic has seriously disrupted the production process of chips. Manufacturers thought they would sell fewer cars. As a precaution, they ordered fewer chips. At the same time, there was more demand for other chips because of all the working from home. People bought more computers, phones and laptops. The large chip manufacturers, to which ASML supplies its machines, filled up the production capacity with other chips.

When the demand for cars picked up unexpectedly quickly in 2020, manufacturers ran out of space. As a result, carmakers were left without chips, resulting in production stops.

That wasn't the only problem. Lockdowns disrupted all kinds of production processes anyway. Add to that two fires at leading Japanese chipmakers, severe winter weather in Texas and drought in Taiwan. All things that to a greater or lesser extent had a negative effect on the production of chips.

In the background is the continuous digitization of everything around us. As mentioned, there are chips in everything these days. That will only increase in the coming years.

To illustrate: Maurice Geraets, director at the Eindhoven chipmaker NXP, predicted that the value of chips in a car will double if everyone starts driving electrically. That doubling doubles when cars take to the road autonomously.

ASML obviously benefits enormously from this.

The company grows and grows.

Last quarter it made 1.7 billion euros profit, it was announced last week.

A lot of demand?

ASML does that. That is what ASML's most important customers do. The main chip manufacturers, for example Samsung, TSMC and Intel, announced all kinds of billions in investments last year. But building an addition is more difficult than you might think at first glance. It can easily take three years before a new chip factory is operational. And then you have to be able to fill such a factory with chip machines.

The most advanced chip machine works with extreme ultraviolet (EUV) light. ASML is the only company in the world that can make these EUV machines. Next year the product amounted to 55 pieces. They have all already been sold, for about 120 million euros each.

The Veldhoven company is of course doing everything it can to increase production.

ASML is also dependent on about 500 suppliers who supply different modules of such a chip machine.

There is a lot of demand and little supply of chips.

Will things get more expensive?

Philips, for example, is increasing the prices of electric toothbrushes and razors, partly as a result of the chip shortage.

Gamers who want to buy a Playstation 5 have been refreshing the internet pages of electronics stores for months without success.

The latest game console from Sony has been sold out everywhere for almost a year.

Last summer it was announced that TSMC from Taiwan - the largest chip producer in the world - is going to ask more money for chips.

What about that machine that wasn't allowed to go to China?

ASML has been waiting for a license to export an EUV machine to a Chinese customer for a year or two.

The Dutch government has not yet issued this permit, under pressure from the United States.

Both countries are part of the Wassenaar Arrangement.

The countries agreed that possible strategic consequences should be taken into account when exporting technology.

The US government does not want EUV technology to end up in Chinese hands.

In fact, an American report was published at the beginning of this year, which also suggested limiting the export of less advanced chip machines to China.

So far it has not come to that.

There is a race for technological sovereignty when it comes to chips.

The US, China and Europe are all willing to invest billions in the chip industry.

That's not so crazy.

Without chips, no modern warfare.

Because they are also in modern weaponry.