Every year on October 12, Spain commemorates that it was once a global empire where the sun never set. But sentiment about the dark sides of the colonial past is changing. And that makes a direct descendant of Columbus nervous. 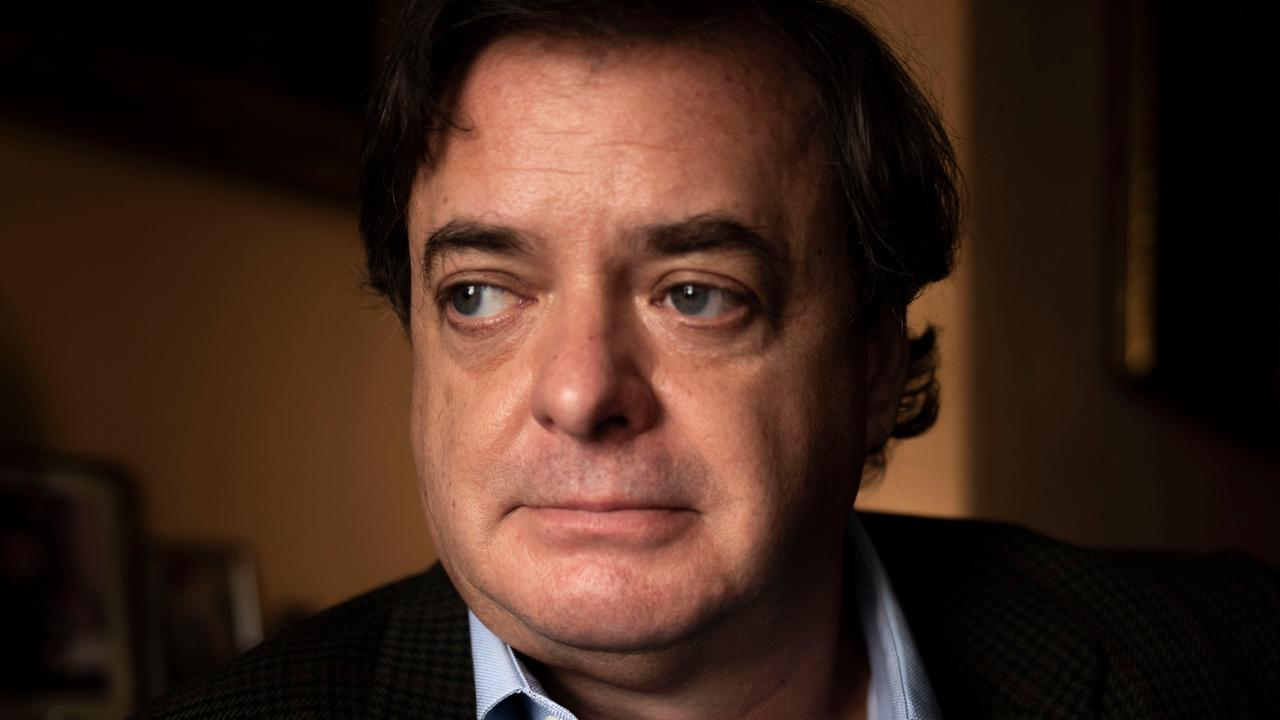 Every year on October 12, Spain commemorates that it was once a global empire where the sun never set.

But sentiment about the dark sides of the colonial past is changing.

And that makes a direct descendant of Columbus nervous.

Country in sight. Never had Felipe Colón de Carvajal felt closer to his world-famous ancestor than when he saw his first glimpse of the continent. Okay, maybe he wasn't the leader of a perilous voyage of discovery like Columbus, but just one of a hundred passengers on an organized boat trip to Latin America, from Normandy, of course. Yet. On that luxurious sailboat, thirty years ago, his family story thundered in his mind.

Christopher Columbus. There are hardly any more famous ancestors than the captain who accidentally discovered America in search of a new trade route to Asia, thus changing the course of history forever. Of course, Felipe Colón de Carvajal (51) in his cluttered Madrid apartment has a family tree to prove his famous blood, but the best proof is his last name: Colón, which is Columbus in Spanish.

The 'discovery of the New World' is still a source of pride, and not just for Columbus' immediate descendants.

On Tuesday, Spain celebrates its national holiday, popularly called the Day of Spanishness.

It is a moment when Spaniards reflect on their illustrious past and the legacy left behind by the former Spanish Empire.

They do this in a solemn - in the form of a military parade - but also cheerful tone, with Argentine tango and Cuban salsa in the streets of Madrid.

Portrait of a man, most likely Christopher Columbus (1451-1506), by Sebastiano del Piombo.

Portrait of a man, most likely Christopher Columbus (1451-1506), by Sebastiano del Piombo.

The Day of Spanishness falls on October 12 every year.

On that date in 1492, Columbus, a sailor probably born in Genoa, Italy, but in the service of the Spanish crown, was the first to reach America.

An event that heralded a Spanish golden age, but also the colonial era and the death of many millions of indigenous inhabitants from war and disease.

At a time when long-suppressed population groups demand attention for the dark side of history and controversial folk heroes fall from their pedestals, the discussion surrounding Columbus inevitably grows.

Several statues fell in the United States after the death of George Floyd last year, as did last June at popular protests in Colombia, ironically named after the explorer.

In Mexico City, Columbus disappeared a year ago for "restoration work."

Last month it was announced that the statue will not return: an indigenous woman will be replaced.

Mexico strongly opposes its former colonizer under President Andrés Manuel López Obrador, who previously demanded apologies from the Spanish king for the conquest of his country.

It leads to anger and discomfort in Spain, where shared history is mostly explained positively - we share a beautiful language, don't we?

- and the resistance against Columbus is still marginal.

Felipe Colón de Carvajal with a replica of the Santa María, the flagship with which Columbus reached America in 1492.

Felipe Colón de Carvajal with a replica of the Santa María, the flagship with which Columbus reached America in 1492.

Not conquest, but meeting

That it may remain that way, says Felipe Colón de Carvajal in his apartment in Madrid.

The eighteenth generation Columbus lives there surrounded by antique furniture, portraits of illustrious ancestors and with only company Preto, a tirelessly barking dog with a collar in the red-yellow-red of the Spanish flag.

Packs of paella rice and saffron are on a dining table;

he does a little import export, all through Amazon.

Felipe may bear the surname Colón, but he does not bear the associated titles.

They went to his older cousin, the Duke of Veragua.

"I would have liked that too."

What Felipe was left with was a good Colón upbringing: traditional and Catholic.

His name has always opened doors, he says - Spain doesn't have that many Colóns.

But he also sees that sentiment is changing worldwide.

More and more people are 'politically committed to history'.

And Columbus, more of an explorer than a conqueror, is also a victim of this.

The word 'conquest' doesn't quite cover it anyway, he thinks.

He prefers to see it as a 'meeting between two worlds'.

"And when they meet, they clash. That's normal."

Abuses were certain, and that there were deaths - some from war, many from disease - he is also willing to admit.

It was the 15th century, what do you want?

But Spain also did something in return: just think of all those built universities in Latin America.

That last argument - we civilized - is widely accepted in right-wing circles.

"the most important event in history after Romanization"

in an interview with the daily

"It has moved an entire continent forward."

A few days earlier, a prominent party member had already said that Spain had 'not colonized America, but liberated it', including from cannibalism.

Colón de Carvajal does not want to speak of a liberation either, but it is clear that the population has improved in places, according to him. Certainly in Mexico, where a small elite ruled the rest 'with great cruelty'. The criticism of Mexican President López Obrador, who mentions the Columbus scion himself, is all the more acute. Perhaps López Obrador could better focus on solving the deep poverty among his own indigenous people. "Mexico has had that for two hundred years now."

A national debate in Spain itself about Columbus and the colonial legacy is not forthcoming for the time being.

At most there are burps: for example, after the death of George Floyd, protests were made at the iconic statue of the explorer in the port of Barcelona.

The left-wing mayor's consideration to add an accompanying critical text to the image has never been heard from again.

Felipe Colón de Carvajal, probably the most famous paella dealer in the world, can celebrate his Spanish Day with peace of mind.