Dying is scientifically more complex than you think

Science does not draw a sharp line between life and death. Life sometimes continues after death, but we are no longer there. 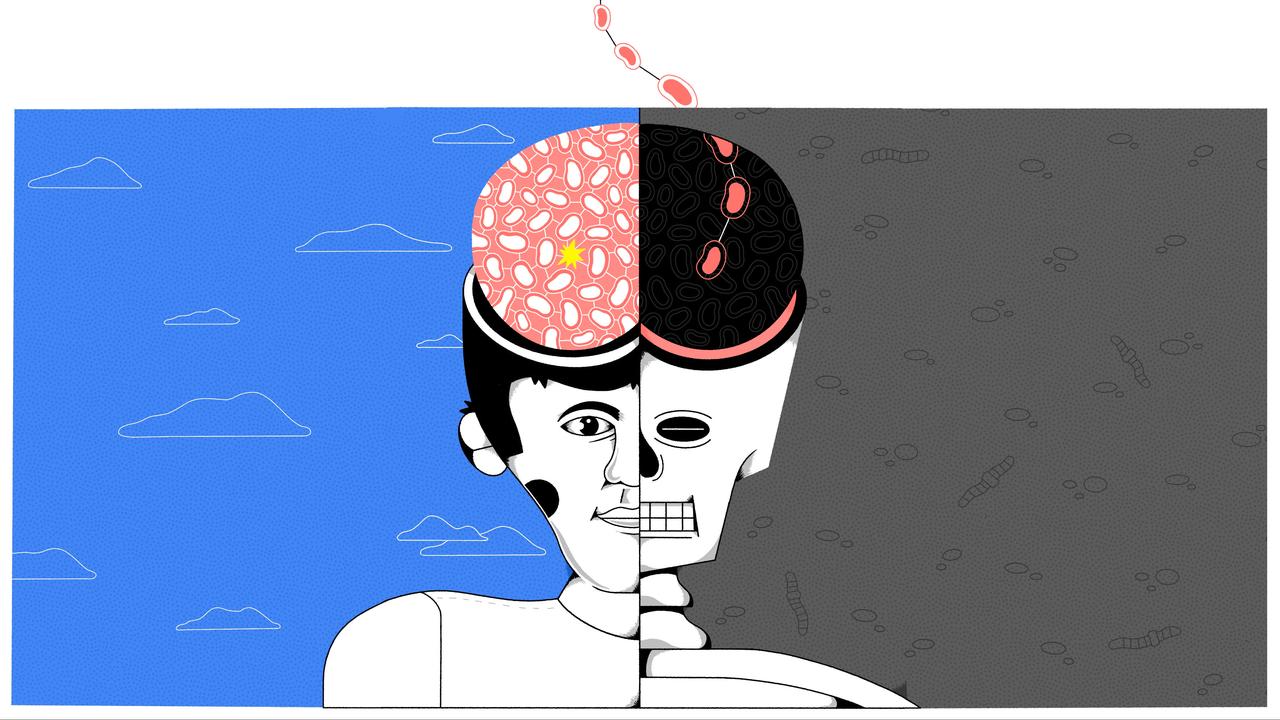 Science does not draw a sharp line between life and death.

Life sometimes continues after death, but we are no longer there.

A death certificate neatly states the time at which death occurred, often accurate to the minute.

That suggests one step, or even just one step, that makes all the difference in the world.

So you are there, and so, the next moment, no more.

Yet dying is scientifically more complex than that.

If all our cells are inactive, it's easy, we're dead.

But what if our cells are still working long after we are officially dead?

Does this cell activity mean that we are actually still alive?

Last year, the University of Chicago caused quite a stir.

Neurologists had found that some brain cells showed great activity well after death.

They studied brain tissue removed during brain surgery and simulated dying by depriving the tissue of oxygen.

80 percent of the genes in the so-called glial cells in the brain only started to revive after death and showed an increased activity after the tissue died.

In fact, the cells themselves grew to gigantic proportions, working harder than they did during our lifetime, and starting to look like potatoes that had been lying too long, with long tentacles sprouting from the cells.

Then the activity decreased.

The media was quick to talk about "zombie cells" and paint corresponding death scenarios.

Jeffrey Loeb is the neurologist who led the study.

He was shocked by the hype and the term.

"Cells stop working when they get the signal that they can stop their activity. The vast majority of our cells get that signal when our body temperature drops, so when we have died. That not all cells give up at the same time, makes sense."

These were glial cells, which are the cleaners and nurses of the neurons. They are the facility service of the brain. The neurons ensure that we can form thoughts and perform actions, neurons are the brain cells that make us the person we think we are. A glial cell therefore has a completely different function than a neuron, says Loeb. "A glial cell, no matter how active it is, is not part of our consciousness. And all the activity of the world in such a glial cell does not mean that there is consciousness. Neurons have to be involved."

The study raised the question of why the glial cells were then in a heightened state of activity after the onset of death.

After all, while the body cools down, the cells should receive the signal to stop working.

The fact that glial cells do not become inactive with a lowered body temperature has to do with the specific function of these brain cells.

The more damage to the neurons, the harder the glial cells have to work.

In the case of brain death, for example due to a lack of oxygen, there is more damage than ever and the glial cells have extra work to do.

The fact that there is so much damage that the neurons can no longer function does not matter to the glial cell, says Loeb.

"It does what it has to do and even if the damage to the brain is irreversible, the DNA of a glial cell will not immediately stop its activity."

Loeb and his team took the measurements 24 hours after death, but glial cells could remain active for days longer and possibly even weeks.

Provided the temperature is favorable and the glial cells do not hear a clear factory whistle.

Loeb can be clear about the question whether the post-death activity of the glial cells can indicate that a certain consciousness is still present in the brain after death. "As a scientist, I speak in possibilities and in that sense I say that that seems highly unlikely to me. It would mean that glial cells should also have the functionality that neurons have. We have no indication of that. It is possible, of course. We have not yet shown the contrary. For the time being, we assume that our consciousness and therefore our humanity, has nothing to do with the glial cells."

According to him, the glial cell activity proves that dying is not a moment, but a process.

The time of death is a medically agreed time.

Large amounts of cells in your body, and therefore in your brain, are still alive, even though your thoughts and feelings are already dead.

Loeb: "That's the case with every living thing. Fortunately, because our findings are very interesting for research into dementia and other situations in which the brain is damaged and needs repair of glial cells."

How dead do you have to be?

Scientists in the Netherlands have also been working on the question for centuries when death is dead.

Questions and concerns about this flare up from time to time.

In the mid-nineteenth century, some people even had a connection to an above-ground bell built from their coffin.

If you were buried alive, at least you could have been rescued from the predicament.

How dead do you have to be today before science finds you dead?

Pretty dead, according to the view of Dutch neurologists.

"It is an important theme to accurately determine when someone is dead. That fundamental fear of being wrongly declared dead still exists."

When a human is dead is a complex question.

But when are you definitely still alive?

You are not conscious and do not react to stimuli, but you are still breathing unaided, are you actually dead already?

Or are you still alive?

When you are dead, that determination has fundamentally changed, especially with CPR, ventilators and transplantation.

Without ventilators, it's easy.

When the heart stops beating and there is no more breathing, death is determined.

Until the end of the 1950s, the beating heart represented life.

Due to the possibility of respiration, this more or less self-evident definition of death was no longer so unambiguously applicable.

Now people can be declared dead or brain dead, while they are being artificially ventilated.

Is there a chance that you will be pronounced dead, even though you do still have consciousness?

The Dutch legislation in this regard is clear.

When a potential organ donor dies, there are legal requirements that must be met in order to be declared brain dead.

In the Netherlands we use the definition of whole brain death for this.

That is the complete and irreversible loss of the functions of both the cerebrum and the brainstem and medulla oblongata.

The fear that there is still life in us the moment you are declared dead is therefore unnecessary, says Drost. "It is regularly presented to me by journalists. Sometimes there is a story or an event that must show that a person who had been declared brain dead woke up and recovered. It always turns out that there was no question of brain death, according to the provisions as we in the Netherlands. It was about people in a comatose state and that is really something completely different. In practice, not one patient is known, not even in the literature, who has returned and recovered from a condition that meets our criteria of brain death."

Brain death does not mean that all your brain cells have actually died.

It is not about the loss of function of each individual brain cell.

If we were to grow brain cells from someone who has been declared brain dead, it is even likely that some cells will still show activity shortly afterwards.

It is about the functioning of the brain cells as a network, not about the activity of the individual cell.

It is precisely the connections between brain cells that are fundamental to our functioning as humans.

If those networks are irreparably damaged, it has proved impossible to regain consciousness.

More than a checklist

The 'whole brain death' principle is more than a number of conditions on a checklist that must be met.

There is also a physical examination, performed by the neurologist or neurosurgeon.

Finally, it is mandatory to conduct additional research.

This is to ensure that the cerebrum no longer functions.

The activity of brain networks is examined with an EEG.

EEG stands for electroencephalogram, which uses electrodes to measure activity in the brain.

Electrical impulses are exchanged at every connection between neurons.

That electricity is measured very accurately.

Current equipment can sense the electrical activity generated by groups of only thousands of neurons.

For the record, we have 86 billion.

A thousand brain cells are not nearly enough to maintain any function.

Brain death can only occur if the EEG does not detect any activity.

The possible development of even more accurate EEG equipment will therefore make no difference for the diagnosis of brain death.

Even if the activity of only ten or a hundred brain cells could be measured, the fact remains that the necessary connections of the cells do not function sufficiently.

If the EEG shows a complete flatline, neurologists do one last test before a person is declared brain dead: the apnea test.

Basically, the patient is disconnected from the ventilator.

There should then be no respiratory stimulus, i.e. no spontaneous breathing.

Only when all these conditions and tests have been met can the diagnosis of brain death be made.

In any case, science means that life can be in the cell, but not in a human being.

Dying is a fluid process, some of your brain cells are still alive, but you who can think, feel and experience: you are no longer there.

Man is apparently gone, long before the shell is just shell.