Cold waves in the US are normal, not the result of a warming North Pole

Large parts of the US are in the grip of a wave of very cold air from the North Pole. Some say the evidence that global warming does not exist, while others link it to the melting of Arctic ice. This is how misunderstandings accumulate. 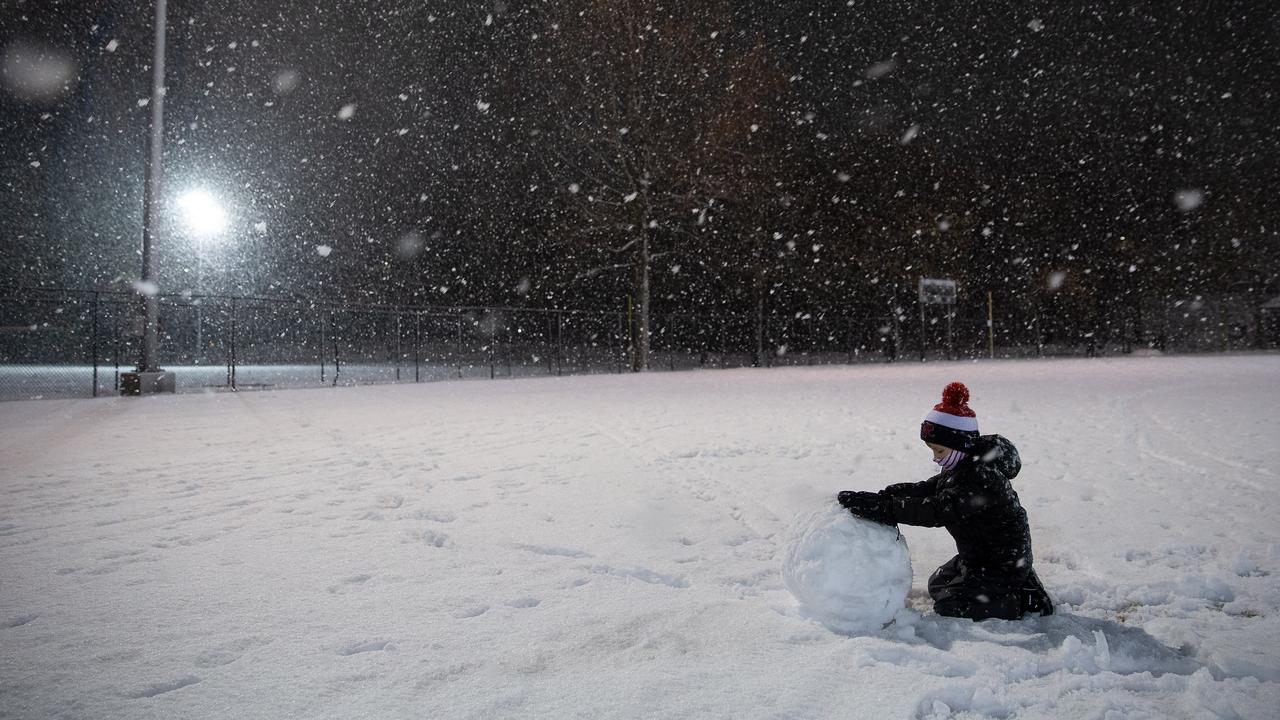 Large parts of the US are in the grip of a wave of very cold air from the North Pole.

Some say the evidence that global warming does not exist, while others link it to the melting of Arctic ice.

This is how misunderstandings accumulate.

The cold air has descended from Canada over the Midwestern United States and has even reached the Gulf of Mexico, where paralyzed sea turtles are being fished out of the water.

Roads are difficult to pass and millions of Texans have been without power for days.

In many states, the vaccination program is also running bad.

Is the cold exceptional?

That depends on what state you are looking at.

Texas, in particular, has extreme weather, with temperatures the state has not experienced in thirty years.

But in Florida it is currently warmer than normal, just like in eastern Canada.

The occurrence of relatively large differences is not uncommon: North America has more of a continental climate than we have in Europe.

This is partly because the westerly winds that cross the northern hemisphere are partially blocked by a large north-south-running mountain range, the Rocky Mountains.

As a result, the air can alternately come from the north or south.

And if you compare Canada to Mexico, you can see that this makes a big difference.

But there is also a hypothesis (unproven explanation) that the chance of a cold north wind is helped by the warming of the Arctic, where the temperature rise is four times faster than the global average.

This affects the jet stream, a strong westerly wind that revolves around the polar region at an altitude of 10 kilometers.

Simply put: the greater the temperature difference between the North Pole and more southerly areas, the harder this westerly wind blows, and thus the less likely the cold polar air will escape to inhabited areas.

Due to the rapid heating of the polar region, the jet stream weakens and polar air can walk more easily.

Difference between a tight and a winding jet stream, with a greater chance of cold waves.

This picture was tweeted by the UNFCCC, to which climate scientist Tim Woollings responded.

Difference between a tight and a winding jet stream, with a greater chance of cold waves.

This picture was tweeted by the UNFCCC, to which climate scientist Tim Woollings responded.

It's a nice hypothesis, but it does seem incorrect, says jet stream researcher Tim Woollings of the University of Oxford to NU.nl.

It is true that the rapid warming of the North Pole is making the jet stream weaker.

But also high above the subtropics the warming goes extra fast and that makes the jet stream stronger.

The two effects of climate change are mutually exclusive.

"If we compare the latest measurements with historical data, we don't see that the jet stream would swing more strongly today than it used to be," says Woollings.

This is also shown by a new study in

Over Europe, there are indications that the jet stream becomes even stronger in winter, as a result of climate change.

This has to do with the weakening of the warm Gulf Stream in the North Atlantic Ocean.

Winter cold is not evidence against climate change

The alleged link with a warming North Pole is not the only climate misunderstanding circulating about the American cold snap.

Others use the frost as 'proof' that the earth would not get warmer.

However, measurements show that the average temperature on Earth is rising everywhere, including in the US.

claimed that the power outage in Texas was due to the freezing of wind turbines.

In reality, most of the electricity outage has been caused by the failure of coal, gas and nuclear power plants.

Finally, what about the recent frost in the Netherlands?

In January we wrote on NU.nl that a sudden warming above the North Pole in the following weeks would increase the chance of cold spells.

That was about warming at an altitude of no less than 30 kilometers in the very thin stratosphere, a layer of air that can sometimes suddenly become tens of degrees warmer.

This phenomenon can result in a temporary meandering jet stream and can therefore be associated with both the frost period we had last week and the current cold in the US.

But here too there is no clear link with global warming.