10 years after FC Twente title: 'It seemed that all of Enschede was on the A1'

Saturday is ten years ago that FC Twente captured the only league title in club history. It led to crazy scenes and an unprecedented folk festival along the A1. Looking back on May 2, 2010 with Mount Everest, Bruce Springsteen and shame for tears of happiness. 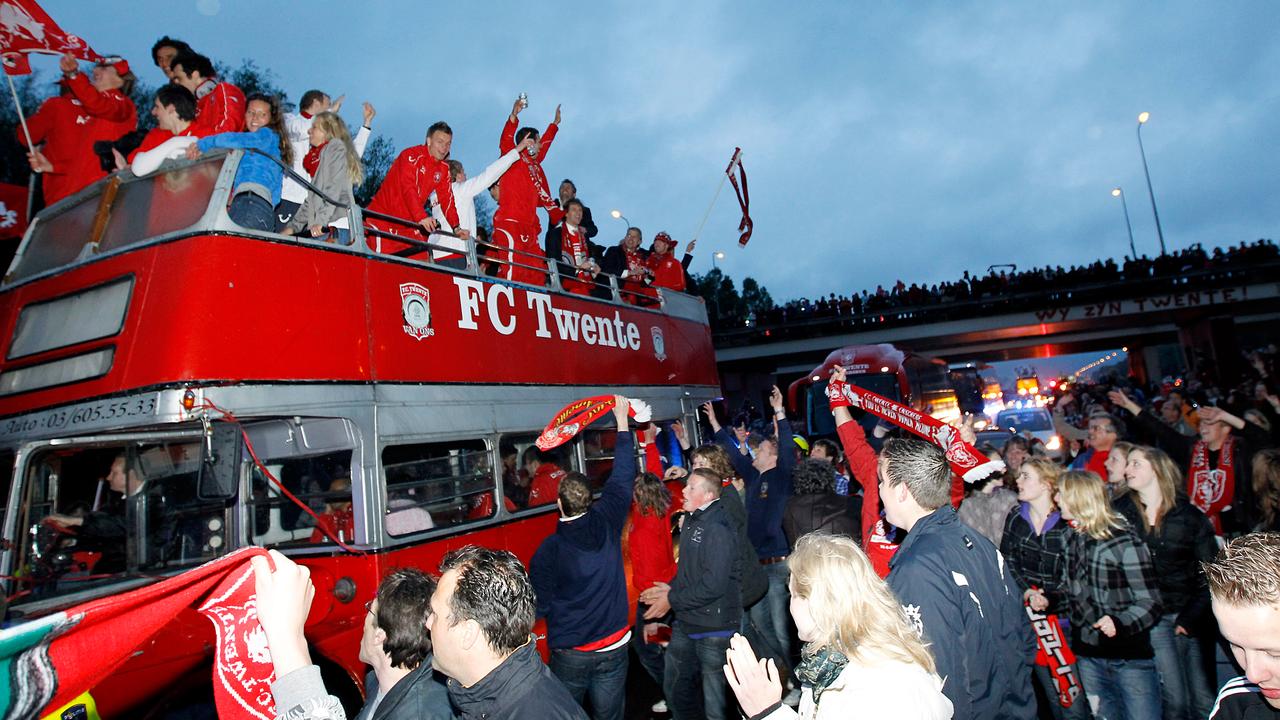 Saturday is ten years ago that FC Twente captured the only league title in club history. It led to crazy scenes and an unprecedented folk festival along the A1. Looking back on May 2, 2010 with Mount Everest, Bruce Springsteen and shame for tears of happiness.

A few days before the championship match, Joop Munsterman is on the phone with Bruce Springsteen's daughter. Can the American rock star come to Enschede to perform at the championship party?

The song Working on a Dream of 'The Boss' is the song of Munsterman and therefore also of the whole of FC Twente. The chairman has piloted the modal provincial club to the Dutch top. And on May 2, 2010, Twente has to harvest. With a victory at NAC Breda, the club is the national champion for the first time.

It's been long days for that all-deciding game. Because the cup final is scheduled between the 33rd and 34th round, the players of FC Twente have no game in the run-up to NAC-out for two weeks.

In the penultimate match (2-0 win over Feyenoord) defender Douglas received a yellow card, which means he is suspended. In addition, there is a preliminary investigation into right back to Ronnie Stam, who after the 1-0 loss against AZ referee Pieter Vink has been called "liar". Stam eventually comes off with a fine of 1,000 euros and a conditional suspension.

However, none of this causes stress within the FC Twente player group. "Trainer Steve McClaren took care of that," says midfielder Theo Janssen. "He talked to everyone during training and gave short and fun training. Foot volleyball and small games, things like that. That way he kept the tension away."

Janssen's then teammate Kenneth Perez emphasizes the role of mental coach Bill Beswick ten years later. "At the time, it was not at all common to have a sports psychologist with a football team. But Beswick helped us well during that period."

"For example, he talked about Mount Everest. Of course people die on that mountain. Most victims do not fall during the climb, but if they have already reached the top and descend again," says Perez. "What Beswick wanted to say by that is that we were not allowed to relax even though we were at the top. We had to keep playing with the eagerness and concentration of a team on its way to the top. As a team that comes second."

Because of that mindset, the belief in the good outcome has always been there among the players. Perez: "I remember how we were in a hotel the day before the game, with a few players together. We were really confident that we would succeed. That feeling was much greater than the fear that it might still go wrong to go."

That season, Twente has been at the top after 19 of the 33 rounds. But Ajax, which won sixteen of the seventeen matches in the second half of the season, has approached just one point. Twente must therefore win against NAC, which is still competing for a place in the playoffs for European football. Ajax plays against NEC, for which nothing is at stake anymore.

"We started the game with confidence and were in control from the start. We also got a few chances early on through Blaise N'Kufo and Perez", Janssen recalled.

Perez played NAC defender Patrick Zwaanswijk by the legs in the fourteenth minute, after which he was alone for goalkeeper Jelle ten Rouwelaar. He manages to turn the shot in the short corner of the Danish playmaker. Perez then falls to his knees and claps his hands before the face, disappointed. "Maybe I wanted too much, so I shot too rushed," he thinks.

A minute later, the NAC audience suddenly starts cheering. The scoreboard in the stadium shows that Luis Suárez has put Ajax at 0-1 in Nijmegen. The Amsterdammers are virtual champions. "Of course you get that in the field," says Janssen. "But we didn't get confused. We knew we would always score with our individual qualities. And we just had a very well-balanced team that gave almost no chance."

In the 21st minute the decision is made. NAC defender Csaba Fehér tackles with two legs forward on Janssen and referee Kevin Blom immediately draws red. A bit to the surprise of Janssen, who immediately gets up after the tackle. "I wanted to play fast, we had to win that game. It wasn't until I saw the tackle afterwards that I realized how serious the offense was."

Janssen quickly takes the free kick with a cross pass from his signature left and surprises the NAC defense. Left back Ferne Snoyl takes the ball wrong, giving Bryan Ruiz a sudden chance and hits: 0-1. "That ball of mine was actually about 2 meters short", Janssen looks back. "Fortunately, that defender made a mistake and Ruiz finished it beautifully."

The 0-2 in the picture: a turning ball by Stoch is just missed by N'Kufo and falls at the second post. (Photo: Pro Shots)

Twente then plays against ten men, although it takes up to 73 minutes for Miroslav Stoch to score the 0-2. "After the red card, we finished the match on quality and experience," says Janssen. "I never felt that NAC would score a goal."

If Blom whistles after exactly ninety minutes, the joy explosion of Twente follows. "It is of course super special to stand with that scale in your hands," said Janssen. "It is important for the players to win a prize, but I found it even more beautiful to see how real club people such as material man Jacob Malki and team leader Toon Renes went crazy. And what has stayed with me is that Perez burst into tears. He had played in the top for years, but had become champion for the first time when he was 35. "

Tears at Perez after the last whistle. (Photo: Pro Shots)

"I was ashamed of that afterwards. Still a bit now," Perez says. "I was never very emotional on the field and football is not so important that you should cry about it. But when I saw my wife in the stands, I suddenly broke. Everything went through me. How we were that year all had fought, had achieved something that seemed impossible. Twente is a club that would never become champion. "

Two days later Perez ends his career. "I got the feeling to stop there in Breda after the first time on the field. It would have been nice."

The return trip from Breda to Enschede is the most memorable for Janssen and Perez. The player bus is exchanged halfway for a bright red open double-decker. Tens of thousands of Tukkers stand on viaducts and along the A1 to cheer their heroes with banners and torches. The bus travels along the highway.

"There were so many people, we really didn't expect that," says Janssen. "It seemed as if the whole of Enschede and its surroundings was there along the A1. Only then do you realize how much it means for those people. It is really very special to experience."

A crowd of people awaits the players of Twente along the A1. (Photo: Pro Shots)

Famous are the images of Janssen who sprawls on the highway after he has jumped from the bus to pick up a tray of beer cans in another bus with sponsors and board members. "That was of course not smart for me," said the midfielder, who was suspended for two months by his club earlier that season after he caused a serious accident with alcohol behind the wheel. "I am still often reminded of that by people. I am not very bothered. It is a funny movie for many people and nothing more."

"That bus ride really took forever," said Perez. "It was of course super fun, but after about three hours I was like: let's just get to Enschede once."

There is a party until the small hours, after which the selection will be honored on Monday for around 70,000 supporters at the Grolsch Veste.

The only one missing is Bruce Springsteen.

The player bus drives past hundreds of supporters on the highway. (Photo: Pro Shots) 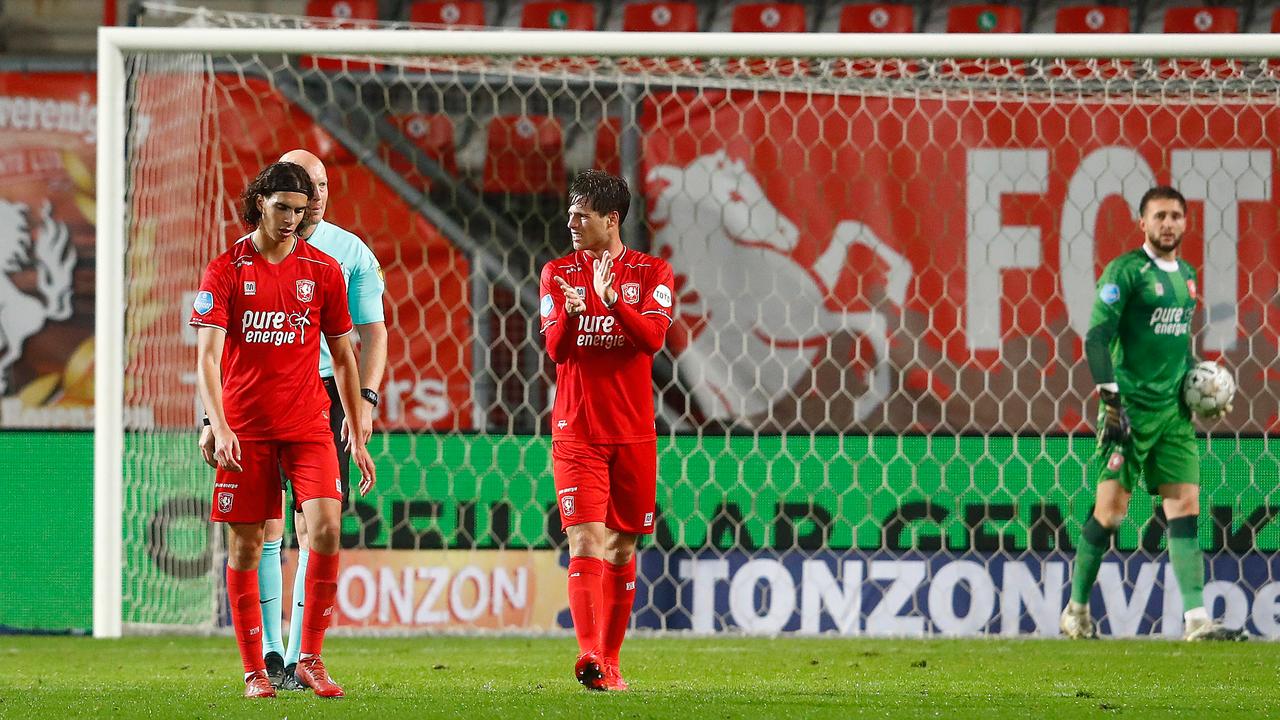 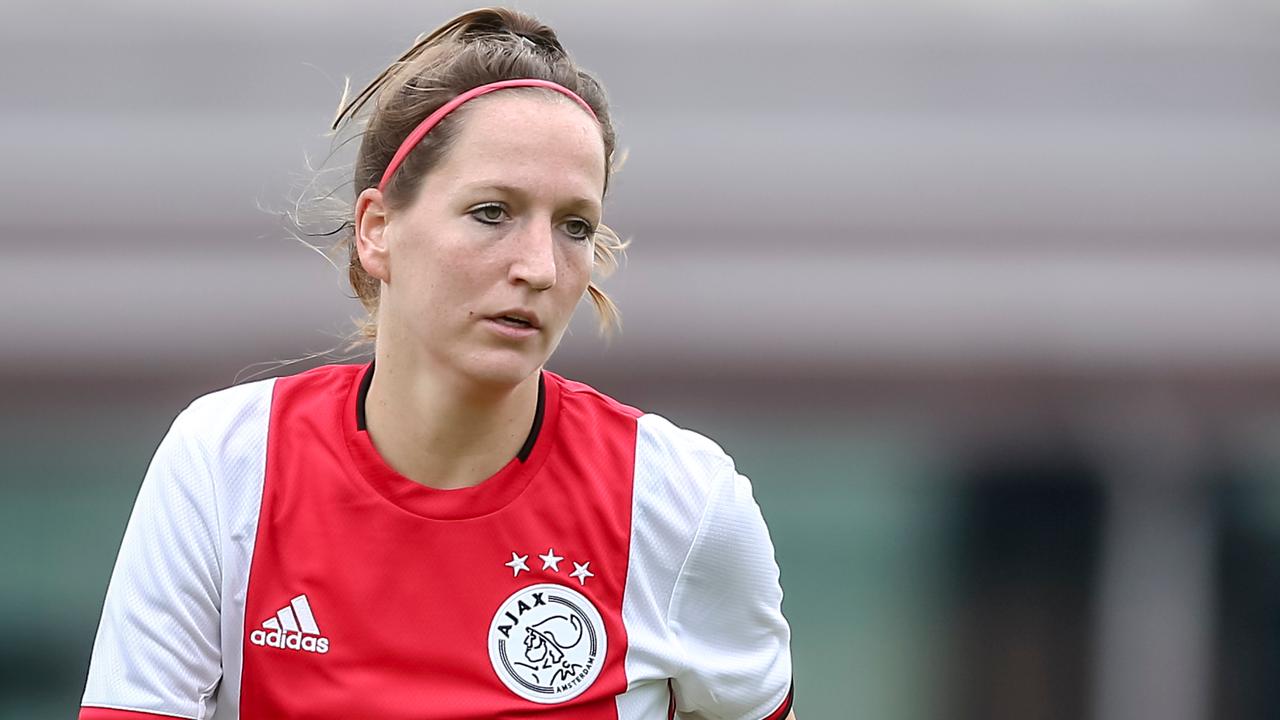 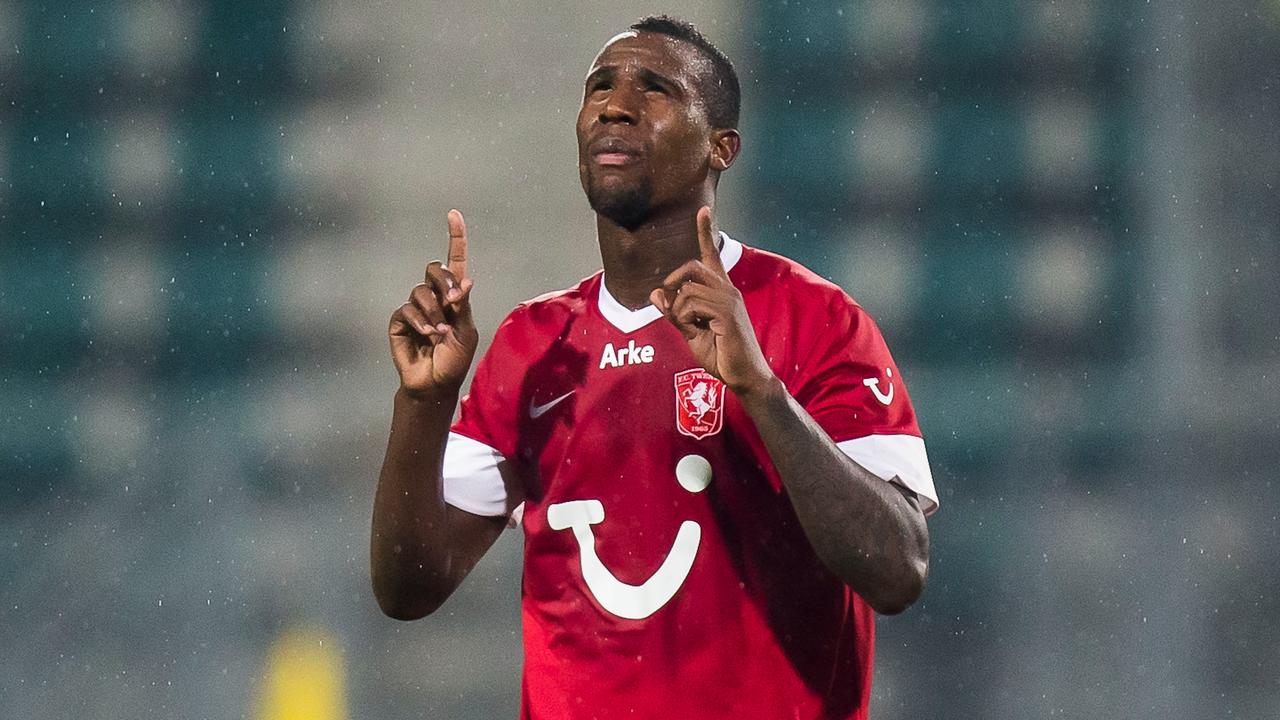 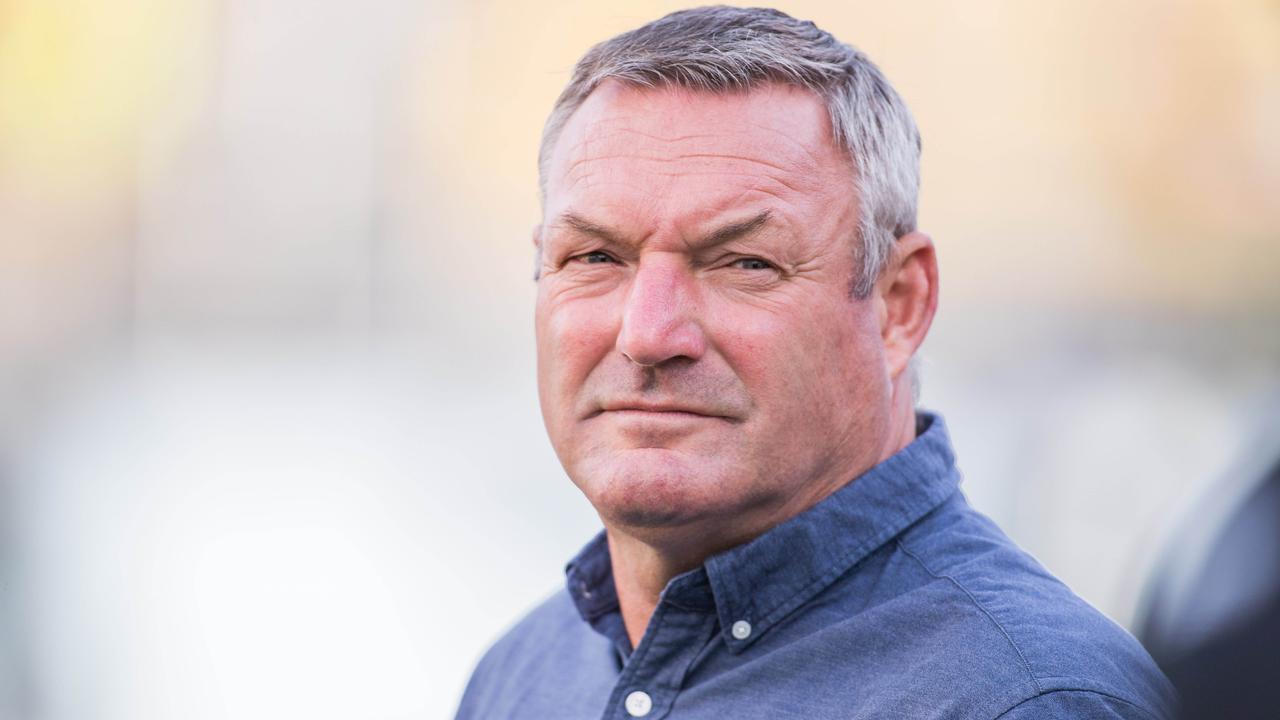 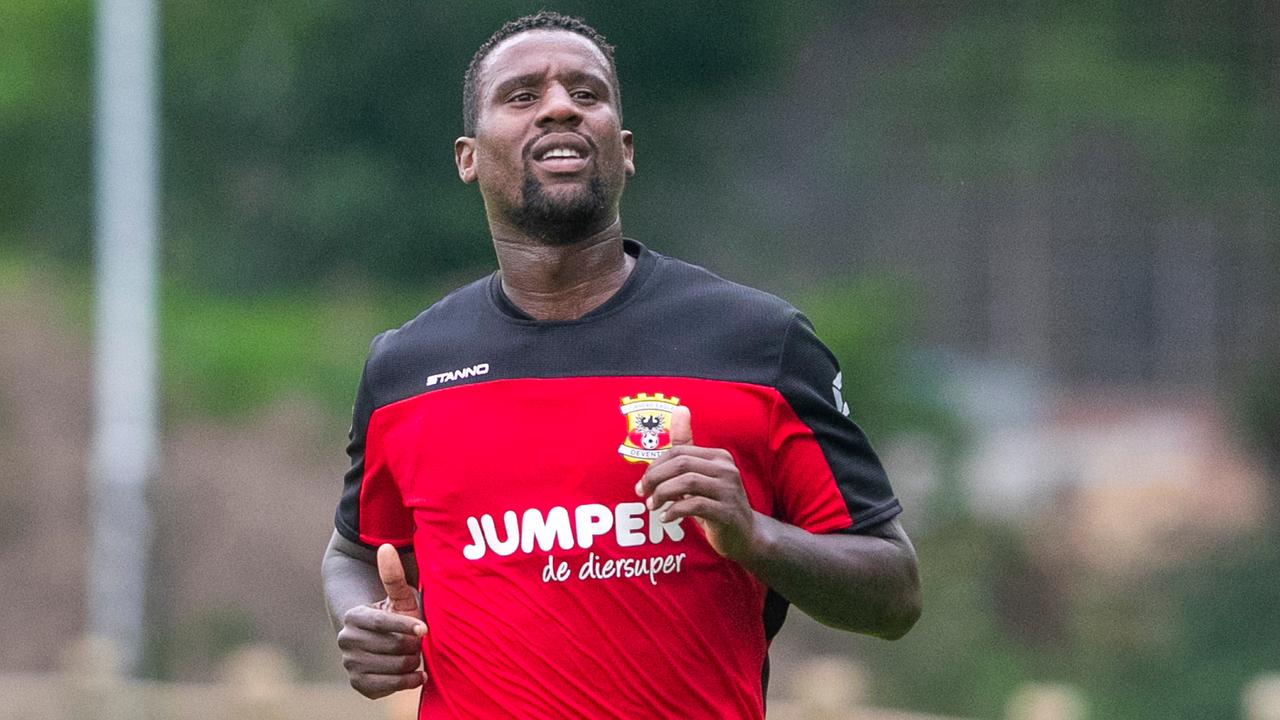 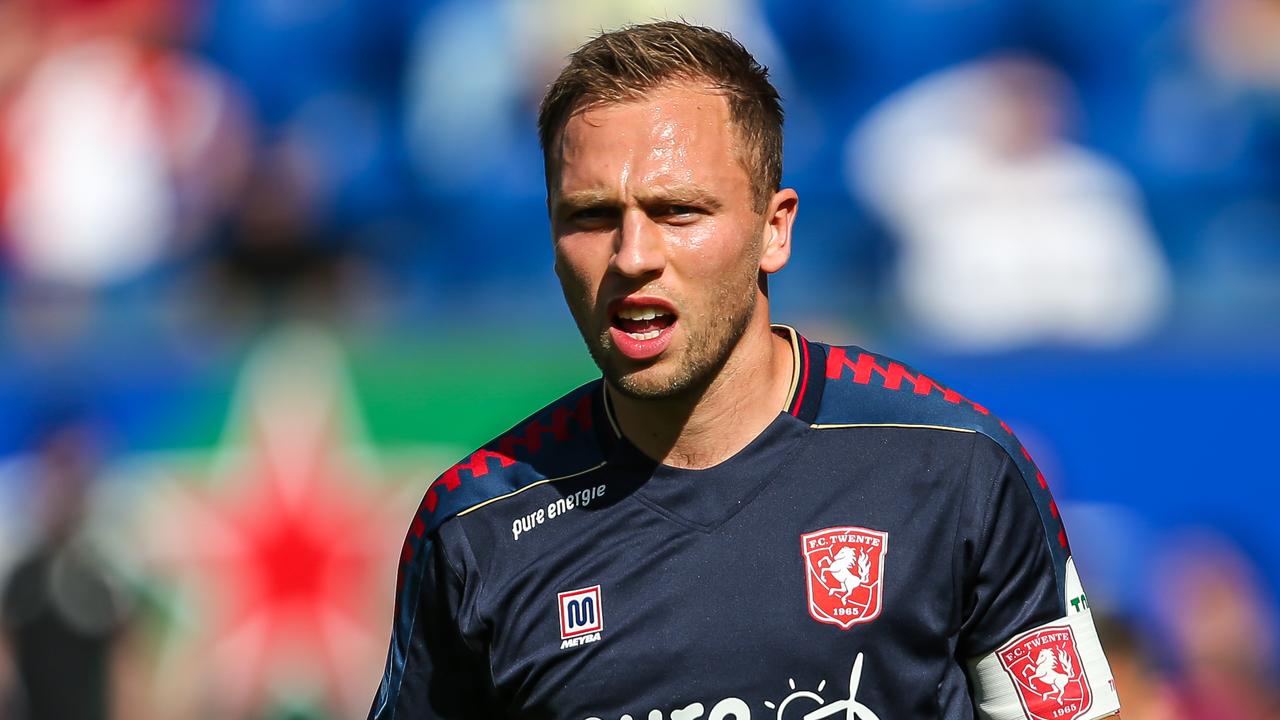 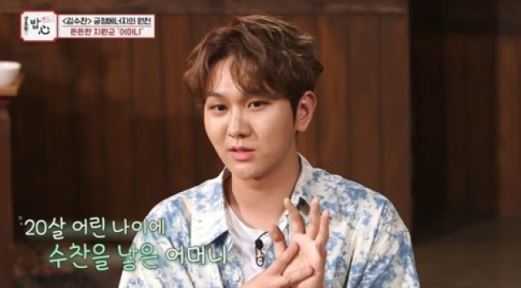 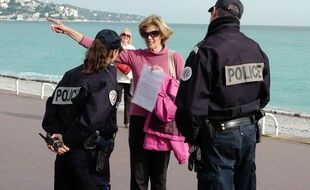