Are houses off the assembly line the magic solution for the housing market?

Month after month, house prices hit a new record and a shortage of houses is contributing to the housing market crisis. Addition is the motto. Thanks to new factories, houses can be built faster and faster, sometimes even in one day. A useful innovation, but the housing market needs more, say experts. 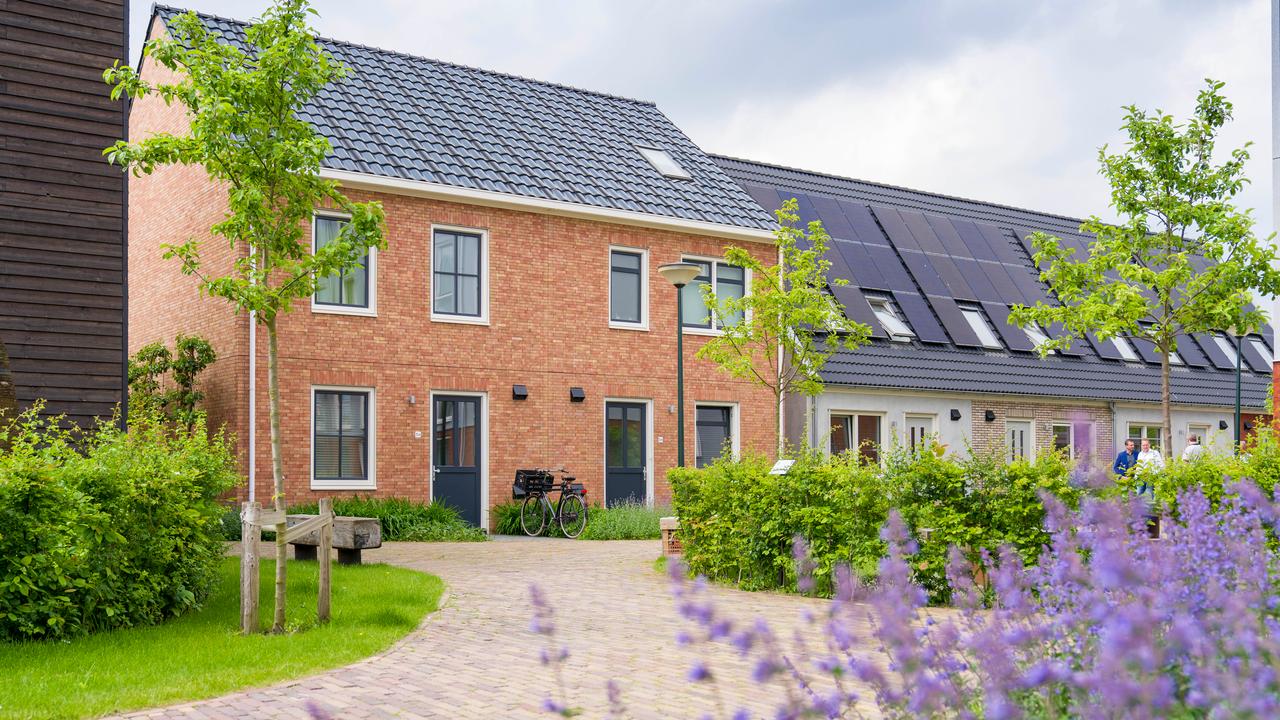 Month after month, house prices hit a new record and a shortage of houses is contributing to the housing market crisis.

Addition is the motto.

Thanks to new factories, houses can be built faster and faster, sometimes even in one day.

In the new factory of the developing construction company Van Wijnen, a wall, floor or facade can be made every nine minutes.

At that speed, from opening in 2022, the company will be able to produce around 4,000 homes per year, which can be assembled on the construction site like an IKEA cabinet within a day.

"After that day the house is ready and two weeks later the whole house is ready to live in," says Hilbrand Katsma, director of Van Wijnen Components, which includes the factory.

"The frames and glass are in, the masonry is done, the house has a bathroom, technical room and even a heat pump."

That is a lot faster than with the more traditional construction, where there can easily be eight months to a year between the first pile and delivery.

Because a lot of time is also saved in the design phase thanks to a configurator, which makes it easier to adapt houses and apartments, a house from the factory is finished about a year and a half faster than a regular house.

Factory was needed due to crisis and housing shortage

The idea for the factory arose around 2012, when Katsma saw that many employees left the construction industry, and no young people were added.

Due to the crisis, it no longer seemed a safe sector to work in.

At the same time, he knew that an enormous number of homes would have to be built until 2030.

"And the urgency only increased, for example due to the nitrogen problem. We needed a way of building that is more affordable and environmentally friendly and where fewer people are needed."

A factory where houses roll off the production line almost automatically was the best solution, says Katsma.

The advantages of factory houses are clear, but can such a factory also be the solution to the problems in the housing market?

Not the magic solution

"The houses are cheaper and you save a lot of time with this construction technique. In addition, you have less pollution on the construction site and fewer trucks have to drive in and out."

But the shortage of land to build on remains, he says.

Taco van Hoek, director of the Economic Institute for Construction (EIB), sees this too.

"If you look at the problem behind scarcity, it's not the construction process, but the lack of locations. In addition, we have to build a lot in inner-city locations," he says.

And a turnkey solution does not always fit there.

"Technically speaking, plans often have to be made to measure, but the appearance of the houses also has to fit well with the buildings that are already there."

“The houses and apartment buildings we make can vary endlessly and don't look alike at all.”

Yet this innovation is important within the construction industry, thinks Van Hoek. "In many situations, a complete house from the factory is not really the solution, but that doesn't mean that prefabrication can't be applied even more." In some projects, almost the entire house can be built in the factory, while in other projects a lot of customization remains. "Let's reap the benefits and estimate the scope realistically."

According to Katsma, we don't have to be afraid of what this innovation will do to the streetscape. "It is not the case that the factory can only make one type of home and that we will soon have identical residential areas in the Netherlands. The houses and apartment buildings that we make can vary endlessly and do not resemble each other at all. It does not make our robots. from what the house looks like that they are putting together."