Company in need: 'If we go bankrupt, we will also lose our house'

More and more companies are in dire straits as a result of the corona crisis. It was a tough year for the Chocolate Lovers foundation, a chocolate shop and museum in Middelburg. "Everything collapsed like a house of cards." 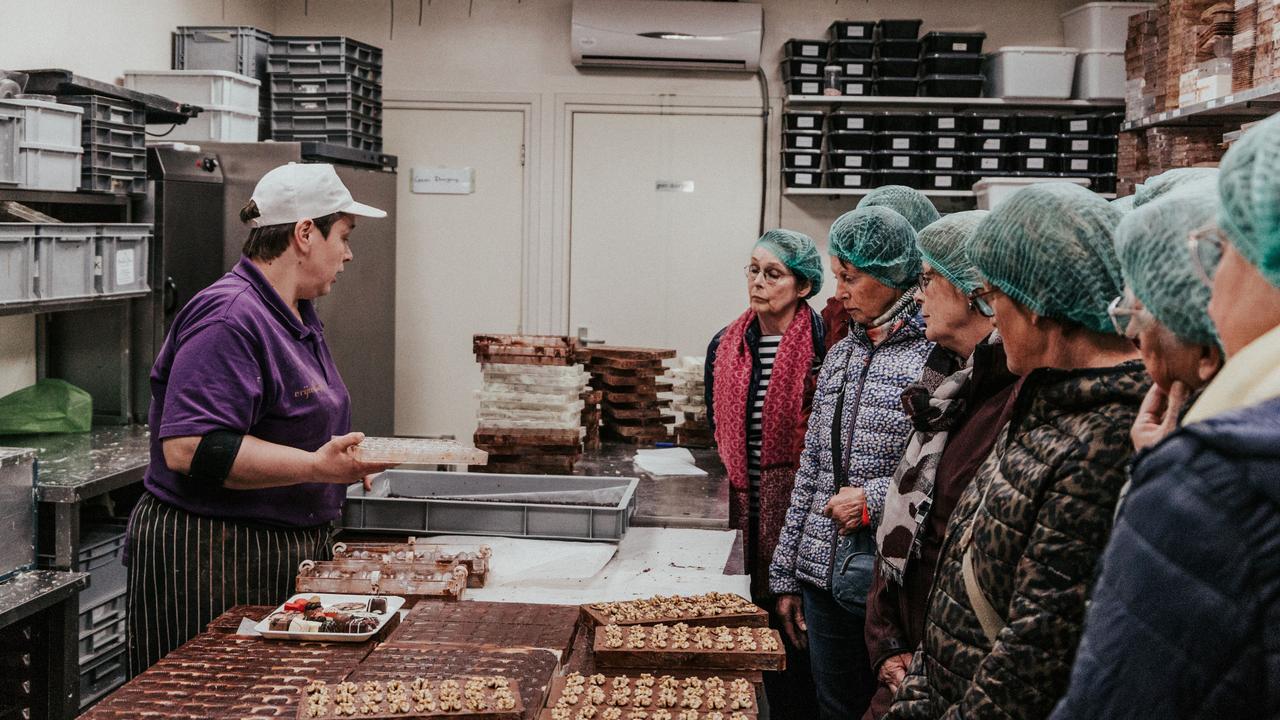 More and more companies are in dire straits as a result of the corona crisis.

It was a tough year for the Chocolate Lovers foundation, a chocolate shop and museum in Middelburg.

"Chocolate Lovers was founded in 2013 by ten friends who had had a difficult time. Lost a child, a sick child, even sick ... In short, we are used to something", says Nanny Jansen, one of the employees of the foundation.

"It is our life's work. All income we generate from the museum and the two shops - after deduction of the costs - is for a good cause. So we do not make any profit ourselves and do everything with sixty volunteers. Then came corona and Everything collapsed like a house of cards. But the government doesn't want to help us. "

The foundation has an average of 10,000 euros in fixed costs per month.

"All our locations formally fall under the Chocolate Lovers foundation. Then you fall between shore and ship. We have applied for and been awarded the TVL (Allowance for Fixed Charges, ed.). As a result, we received 1,400 euros per quarter, but there you go. of course you can't make it. "

"It is very hard when the government tells you that not everyone can be helped."

Jansen does understand the choices made by the government.

"Sometimes it is of course also necessary for companies to collapse. But it is very hard when the government tells you that not everyone can be helped."

The crisis was also exciting on a personal level for Jansen.

She lives above the chocolate shop with her husband, one of the founders.

"Our apartment is part of the foundation. If the foundation goes bankrupt, we will also immediately lose our house. That uncertainty has taken hold of us," she explains.

"Not knowing where you stand all the time."

Not only for the founders, but also for Middelburg, it would be a shame if Chocolate Lovers falls, Jansen thinks.

"On average, we attract about twenty thousand visitors a year. There is a lot of demand for chocolate in Middelburg," she explains.

"We also have many interns. From sniffing internships to longer internships for students in the bread and pastry course or retail trade, for example. We are a great internship."

She does not expect much from the municipality, but Jansen hopes that something is still possible.

"We recently understood that the municipality of Middelburg receives money from the government to distribute among social causes. The question again is whether we qualify for this, because normally we are completely self-reliant and not dependent on subsidies."

"For us as entrepreneurs, staying positive is the only thing that keeps us going."

The foundation has been able to close many gaps independently.

"We made a good agreement with one of our landlords. Just before the crisis, we had just signed a lease for a second location, we were going to expand. But we were never able to open that store, because we were not open due to the crisis. Fortunately, that landlord was lenient. "

The bottom of the piggy bank is starting to get in sight, says Jansen, but the Easter days have been able to compensate a lot. "In the run-up to that, we started a crowdfunding. We then wrote to all our business customers. Because they saw how difficult it was for us, they placed a few nice orders. It is not easy to be vulnerable, but we have chosen to do that anyway. "

Despite all the bumps, the courage is still there with the chocolate entrepreneurs.

"For us it is all or nothing. As a foundation we refuse to downsize. For us as entrepreneurs, staying positive is the only thing that keeps us going."

Jansen expects, if everything continues like this, that Chocolate Lovers can have another beautiful summer in 2021. "Last year we also managed to get 9,000 visitors in the summer, which is almost half of our annual visitors. It would be nice if that works again this year. "