The complete closure of Israel ... a political card for Netanyahu and covering up the weakness of the health system

"The number of patients in Israel doubles every three days. We may find ourselves after two weeks, we have thousands of patients, and many of them will face the risk of death," Israeli Prime Minister Benjamin Netanyahu said in a tweet on Twitter. This was considered by observers as a fear of the threats to society to achieve political ends, given that the time is not right for a political change in power.

Netanyahu has applied the gradual closure and restrictions on the movement of citizens and strict measures on the public and private sectors, with the aim of dismantling the government formation crisis under the pretext of the outbreak of the Corona virus emerging in the country, at a time when the Ministry of Health is pushing towards a comprehensive closure to cover up its shortcomings and the health sector's lack of preparedness to confront the virus.

On Friday evening, Netanyahu held a series of sessions on the continuation of strict measures to deal with the Corona crisis and the purchase of medical supplies and preparations to impose a comprehensive closure, as he instructed the security services to prepare to tighten restrictions on the movement of citizens, and to prevent leaving the homes except to provide food and medicine.

With the first signs of resolving the government formation crisis and the approval of the head of the "Blue-White" coalition, Benny Gantz, to join a unity government on the pretext that Corona constitutes a threat to Israeli national security, Netanyahu recommended imposing a comprehensive closure within 48 hours in light of the rise in Corona virus infections, as there were 3035 cases recorded Of these, 49 are in very serious condition, and 12 deaths were recorded as of Friday evening.

Army and police
In preparation for the imposition of the comprehensive closure, which is expected to continue until Easter in the middle of next April, the Israeli army joined the police in implementing the instructions and instructions that limit the movement of citizens.

Under the Ministry of Defense plan to help contain the virus and prevent its spread, 16 military units will be placed on standby to take charge of the situation when imposing a comprehensive closure, and soldiers will be combined with police officers to conduct a police patrol, isolate and secure areas, as well as block roads.

Fears and intimidation
The Haaretz newspaper suggests that Netanyahu, who hired Corona for political goals in order to emerge from the government formation crisis following the results of the 23rd Knesset elections that took place on March 2, used strict measures and a gradual closure pressure card on the "blue-white" coalition and its President Gantz in order to push him to form a government Unity.

The newspaper notes that Netanyahu has consistently left a press briefing to the Israelis, announcing more severe measures, according to the rates of rise in injuries and deaths and according to the progress of the coalition negotiations, to divert the attention of the Israeli society from the corruption and trial files that were postponed until next May.

Neglect and default
Under the pretext of preventing the spread of the virus, the Ministry of Health demanded even before the first infection was discovered to impose a comprehensive closure, but the newspaper appreciates that this request was real and serious, but it reflects fears of the danger of hospital collapse and an indication of the lack of preparedness of the health system and its inability to treat thousands of patients with the virus , So that the comprehensive closure would cover up the failure of the health system and its shortcomings in dealing with viruses and epidemics.

With the voices warning of the collapse of the health apparatus and the inability of hospitals in the country to deal with the Corona virus if it turned into a pandemic, the report of the Israeli State Comptroller Netanyahu Angelman showed the inability of the Israeli health and hospitals to deal with viruses and epidemics, especially corona, in light of the acute shortage of beds and units Laboratory examination and artificial respiration devices.

The data of the report issued in 2019 showed that the Israeli health system is not ready for the possibility of any virus and epidemic spreading in the country, at a time when its stockpile and drug reserves are in severe shortage, and it will only suffice for 16% of the citizens.

The report indicates that in the event of a virus outbreak, about 150,000 citizens will be forced to stay and treatment in hospitals, and 25,000 patients will remain in intensive care departments, while 12,500 patients need artificial respiration devices, knowing that the number of these devices in hospitals does not exceed 1500, and that The health system and hospitals need more than 20,000 beds to accommodate patients.

Repercussions and measures
On the implications of the Corona virus on the Israeli health system, Professor Nadav Davidovich, head of the Center for Research and Prepared for Emergencies and Disasters, says, "Public health systems in Israel have eroded in recent years, and Corona stresses that they must be strengthened by training and equipping more staff."

He pointed out that when Corona was considered a global pandemic, it was vitally important in Israel to continue studying the measures taken and the solutions provided, focus on the benefits to public health to reduce the spread of the virus, and not consider the economic and social costs and losses that the state and the population will incur.

Crises and priorities
Lecturer at the Emergency and Disaster Management Program at Tel Aviv University Medical School believes that the Israeli health system is not ready for a crisis situation, and we see annually the pressure on hospitals with the spread of seasonal viruses, and the Corona virus came to confirm the necessity of placing the health system on the government's highest priorities.

He explained that about 40 thousand citizens die annually in Israel, a large part of them as a result of different viruses, and therefore, despite procedures and restrictions, it will not be possible to prevent the spread of corona, and therefore the deaths, even if they are high, do not constitute an upward function compared to the annual death rate, knowing that the deaths due to corona Mainly related to the elderly segment and those suffering from chronic diseases.

He pointed out that the State of Israel has been suffering for years from a leadership crisis, whether at the political level or even at the administrative and professional level of various sectors, including the health sector, which suffers from marginalization and lack of investment, indicating that the attempt to create a state of panic and panic among citizens and adopt the most severe measures is not always The right strategy is rooted in political and subjective considerations. 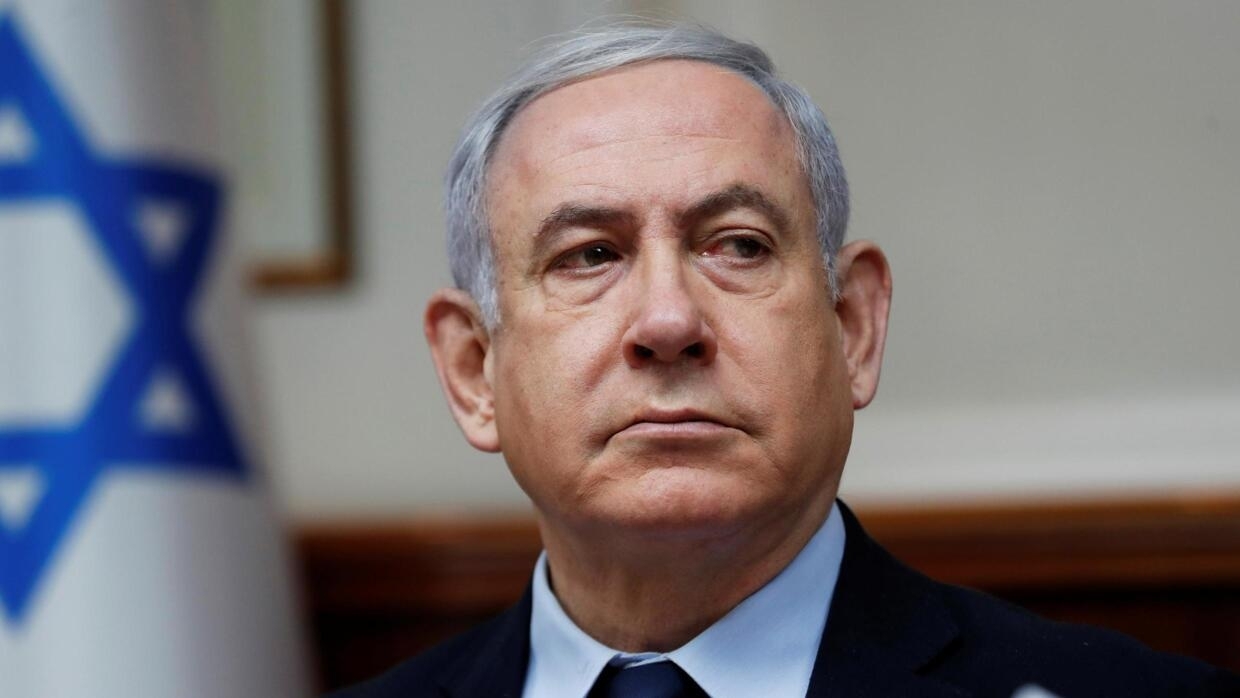 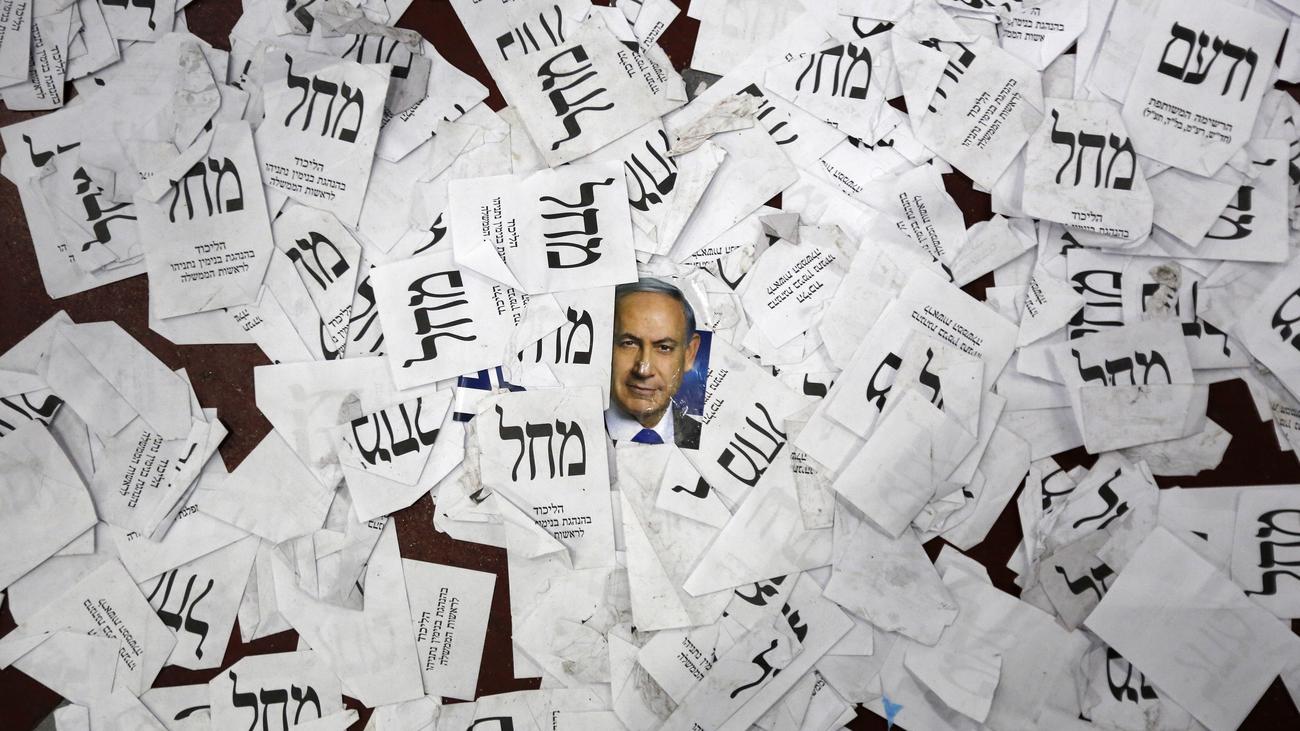 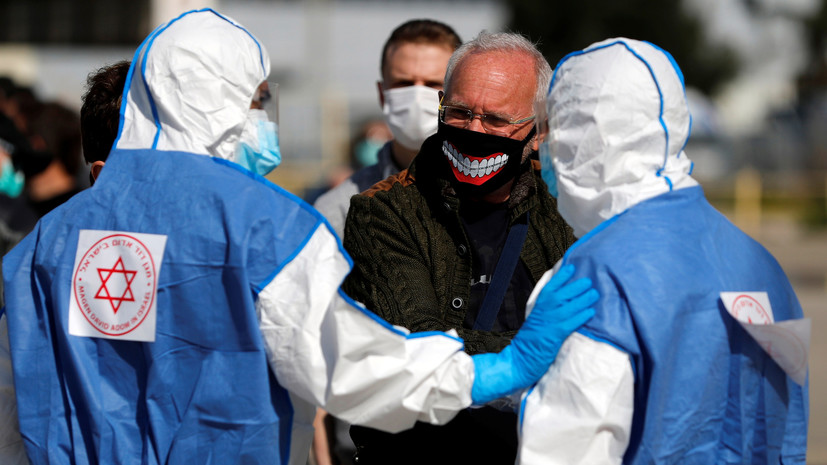 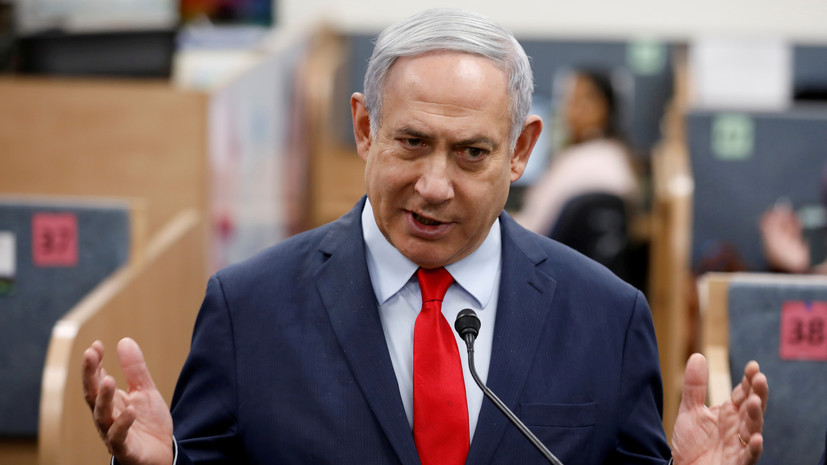 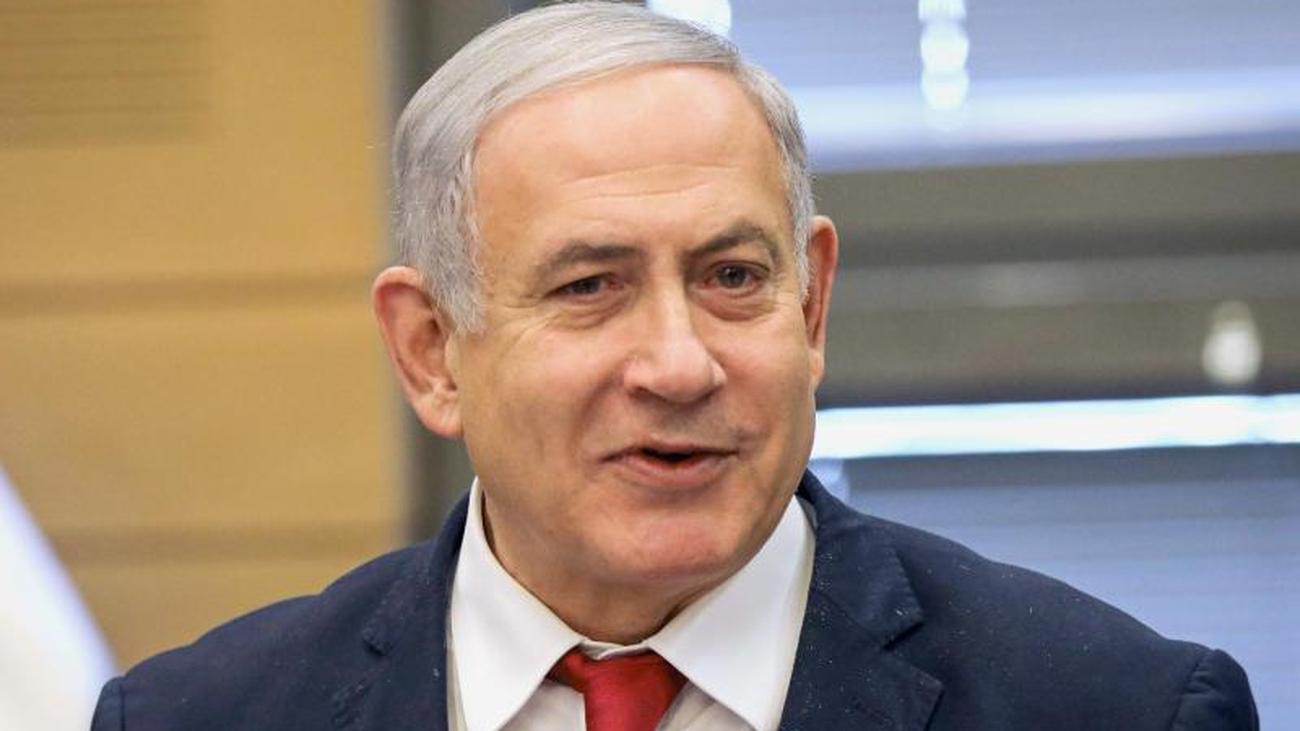 News/Politics 2020-04-07T23:39:29.938Z
The total closure in Israel ... the phenomenon of corona prevention and its internalization is a political interest for Netanyahu 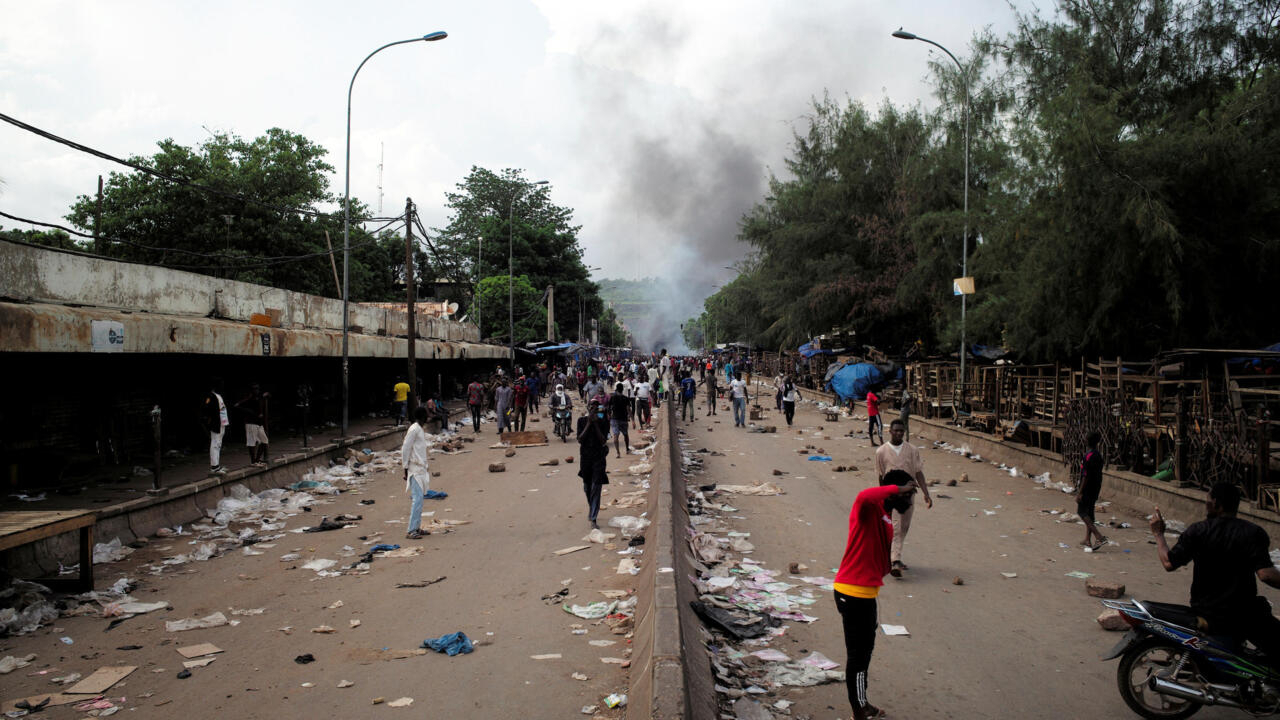 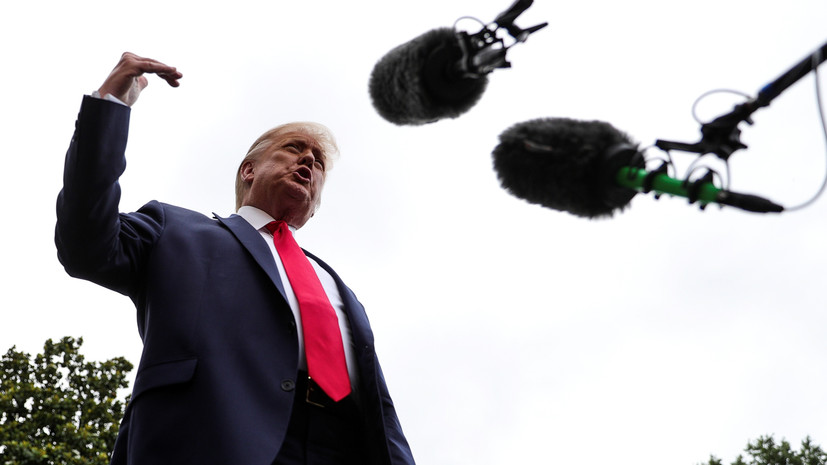