“Mediator between the West and Russia”: why Lukashenko spoke again about the entry of Belarusian peacekeepers into the Donbass

Belarus is ready to send peacekeepers to the Donbass, if the parties to the conflict agree to this. This was stated by President Alexander Lukashenko. The DNR has already rejected his proposal, while thanking Minsk for its contribution to resolving the crisis. In addition, the Belarusian leader noted that Crimea will never return to Ukraine. In his opinion, this "question is closed once and for all." Experts pointed to a change in Lukashenko’s rhetoric: earlier, he preferred not to give a clear answer to the question of the peninsula’s affiliation. Analysts also believe that the Minsk statement on peacekeepers testifies to the desire of Belarus to increase its intermediary role in achieving peace in the Donbass and help Russia. 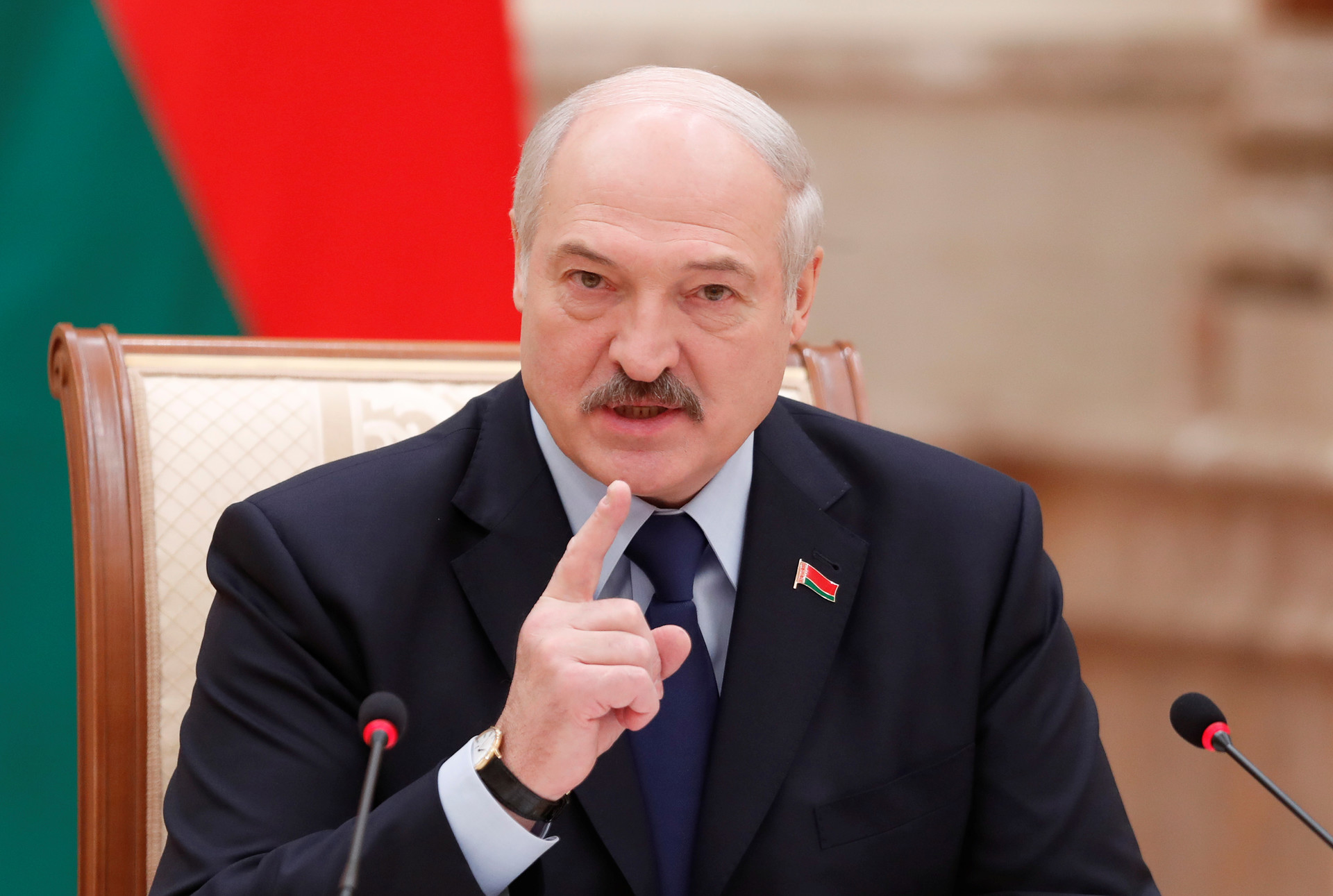 Belarus is ready to bring peacekeepers to the Donbass and take control of the border between Russia and Ukraine. This was stated by Belarusian President Alexander Lukashenko at a meeting with representatives of Ukrainian media.

“If you want us to close the border of 400 kilometers between Ukraine and Russia, which is now not controlled by the Ukrainian authorities, we will close this border. Although it’s a big problem for me to get involved in this conflict, we are ready to send peacekeepers, border guards, troops there as you want, but we are ready to close this section of the border if there is an agreement between the two sides, ”RIA Novosti quotes Lukashenko.

Commenting on the statement of Alexander Lukashenko, the press secretary of the President of Russia Dmitry Peskov recalled that the Minsk agreements did not contain provisions on the appearance of peacekeepers in the region. He also pointed out that the parties to the conflict should resolve this issue: Kiev, Donetsk and Lugansk.

“This is a new proposal. Of course, first of all, you need to understand the attitude of the parties to the conflict to such a proposal. And the participants in the conflict in this case are Kiev, on the one hand, and the self-proclaimed republics of Donbass, on the other hand, ”Peskov explained.

The DNR has already rejected this idea, while noting the contribution of the Belarusian side to resolving the situation in the Donbass.

“The republic’s own law enforcement bodies independently and quite effectively cope with these tasks,” the head of the DPR Denis Pushilin quotes the Donetsk News Agency.

Lukashenko also called on the Ukrainian authorities to “do everything” to achieve unity in the country.

“I would do anything. For the election? I would go to the polls, BelTA quotes the head of state. - Yes, it is necessary to give guarantees there to people who, as they say, are fighting for their piece of land, their family. Although I think this is not a question either. ”

At the same time, the Belarusian leader emphasized that a simple desire to resolve the conflict in Ukraine is not enough: specific actions need to be taken.

“People need actions that will bring the desired peace and results. That's what people are waiting for today, ”he said. “We must take any steps, we must discard all ambitions, everyone within the country must unite in order to mature in our heads: we must maintain unity in Ukraine.”


Experts note that the leadership of Belarus from the very beginning of the conflict in the Donbass has been trying to play the role of mediator.

Alexander Lukashenko has proposed repeatedly to introduce Belarusian peacekeepers to the Donbass several times. For the first time, he came up with such an initiative back in 2014 and from time to time returns to this idea. For example, in February 2018, he said that the use of the Belarusian military would be preferable to the appearance of European peacekeepers there, since EU countries have their interest in this conflict. However, the Ukrainian side did not support the Minsk proposal then, calling the membership of Belarus in the Collective Security Treaty Organization (CSTO) the main obstacle.

In an interview with Anadolu in April this year, Lukashenko announced Minsk’s readiness to strengthen its role in resolving the conflict if Moscow and Kiev agree at the highest level. At the same time, he emphasized that he did not intend to impose his mediation services.

Later, the Belarusian leader also actively supported the idea of ​​his Ukrainian counterpart Vladimir Zelensky to expand the Norman format and hold an international meeting in Minsk with the participation of the heads of Russia, France, Germany, Great Britain and the USA.

In addition, the leadership of Belarus often raises the issue of conflict in eastern Ukraine during meetings at the international level. So, during negotiations with the head of the EU mission in Minsk Andrea Viktorin Lukashenko called Ukraine “a common problem”.

He also touched on this subject in August in a conversation with the then adviser to the US president on national security, John Bolton. As noted by Belarusian Foreign Minister Vladimir Makei, Minsk believes that Washington can join the negotiations to resolve the situation in the Donbass if this helps to resolve the conflict.

According to the expert of the Center for Political Analysis and Information Security Dmitry Bolkunts, Lukashenko seeks to become a key mediator between East and West.

“He would like to introduce the United States into the negotiation format, because this would show the high importance of the peacekeeping efforts of the Belarusian leader. Lukashenko’s current statement is part of his election political campaign and his desire to mediate between the West and Russia, ”the expert explained in an interview with RT.

In turn, Deputy Director of the Institute of CIS Countries Vladimir Zharikhin believes that, among other things, by offering his own options for resolving the conflict in Ukraine, Lukashenko wants to help Russia.

“By and large, in Minsk they believe that they can help Russia in this way, Lukashenko offers his own solutions to the problem to the best of his ability and understanding of the situation,” he said in an interview with RT.

Zharikhin also suggested that Lukashenko returned to the topic of introducing Belarusian peacekeepers to the Donbass in the expectation that the new leadership of Ukraine would take this idea with more enthusiasm than the administration of Petro Poroshenko.

“This is the territory of Russia”

At a meeting with Ukrainian media, Lukashenko also offered assistance in rebuilding the Donbass infrastructure. According to experts, with this statement, the leadership of Belarus pursues pragmatic goals.

“Restoring infrastructure involves investment, and Belarus now has no opportunity to invest in the economy of Donbass. I think the Belarusian leader is pursuing economic goals, he expects that Belarusian combines, other equipment and goods will be delivered to the territory of the DPR, ”Bolkunets said.

Previously, Minsk launched similar activities in Syria, arranging agricultural supplies to the country. In addition, in 2017, the Minsk Automobile Plant signed an agreement for the supply of a batch of trucks to the ATS.

Talking with Ukrainian journalists, Lukashenko also touched on the topic of Crimea’s affiliation. According to him, the peninsula will never return to Ukraine, and this issue is "closed once and for all."

“I think not. I believe that, as the president of (Russia. - RT ) says, this issue is closed today and forever. This says the neat calm Lavrov, and the whole guide. Consensus in Russian society - there is no question where the Russians would support power as much as in the Crimea, BelTA quotes him. - There is no force that is against the desire of Russia, can do it. This territory is already Russia, as they think or think of it. ”

Experts believe that this statement was a new twist in the rhetoric of the Belarusian leader: earlier Lukashenko avoided answering journalists' questions about whose jurisdiction he assigned Crimea.

According to Zharikhin, Lukashenko went on to change his position on this issue, because it was already impossible to continue the previous evasive course.

“Belarus is the closest ally of Russia, a member of the union state, but at the same time for a long time did not recognize the territorial integrity of its main partner. And although recognition of Crimea as Russian may cause certain sanctions from the West and adversely affect trade with Ukraine, Lukashenko understands that allied relations with Moscow are more important, ”the expert explained. 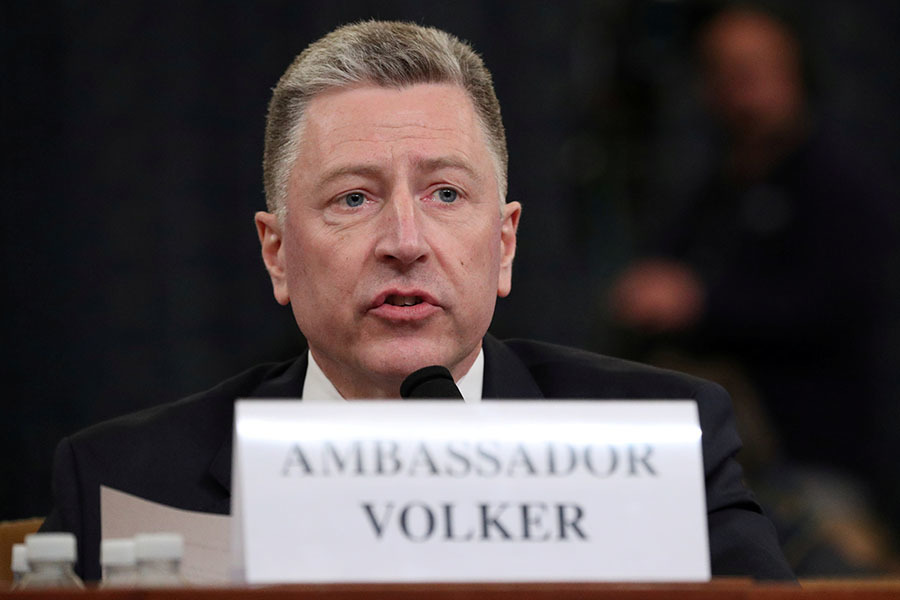 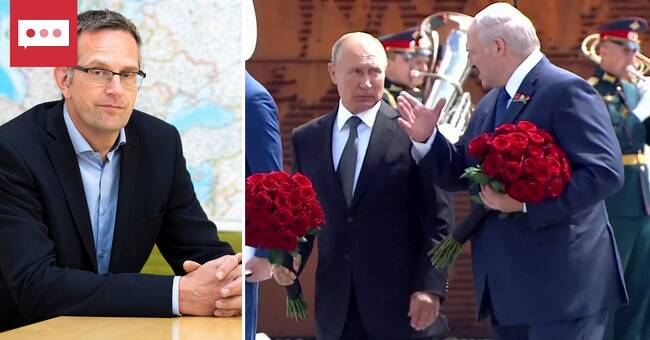 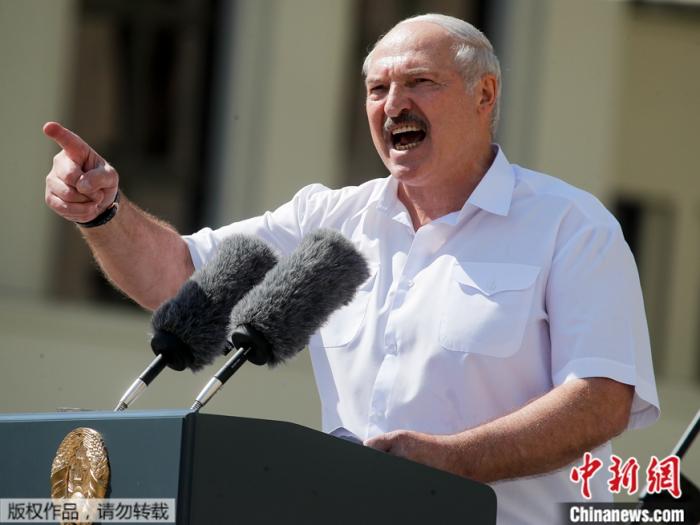 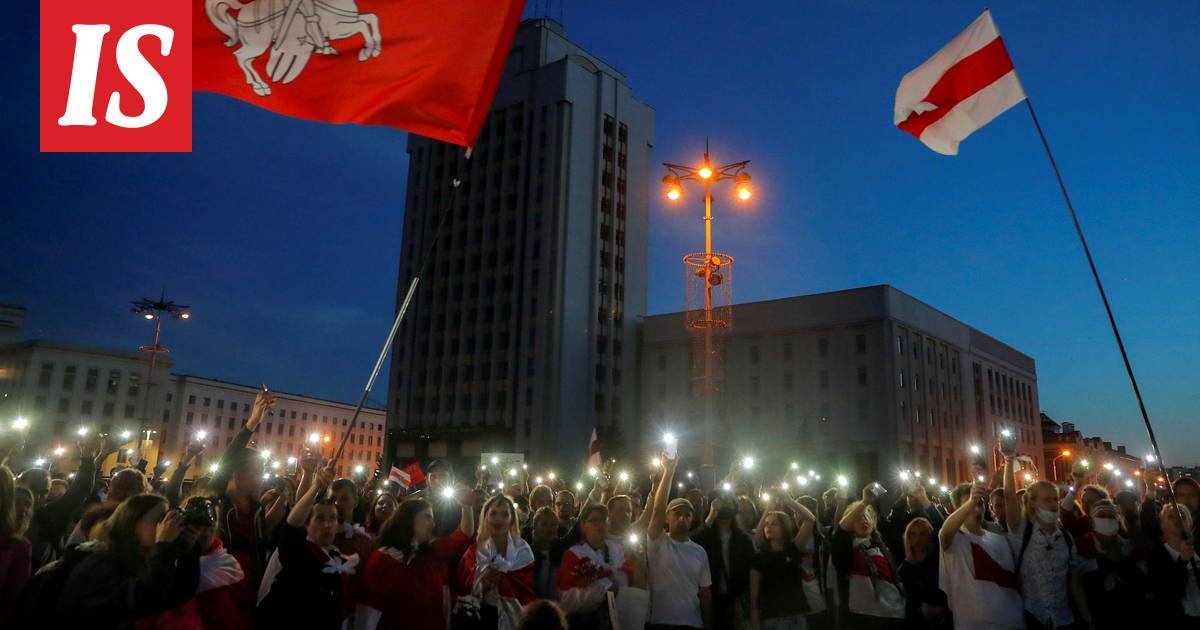 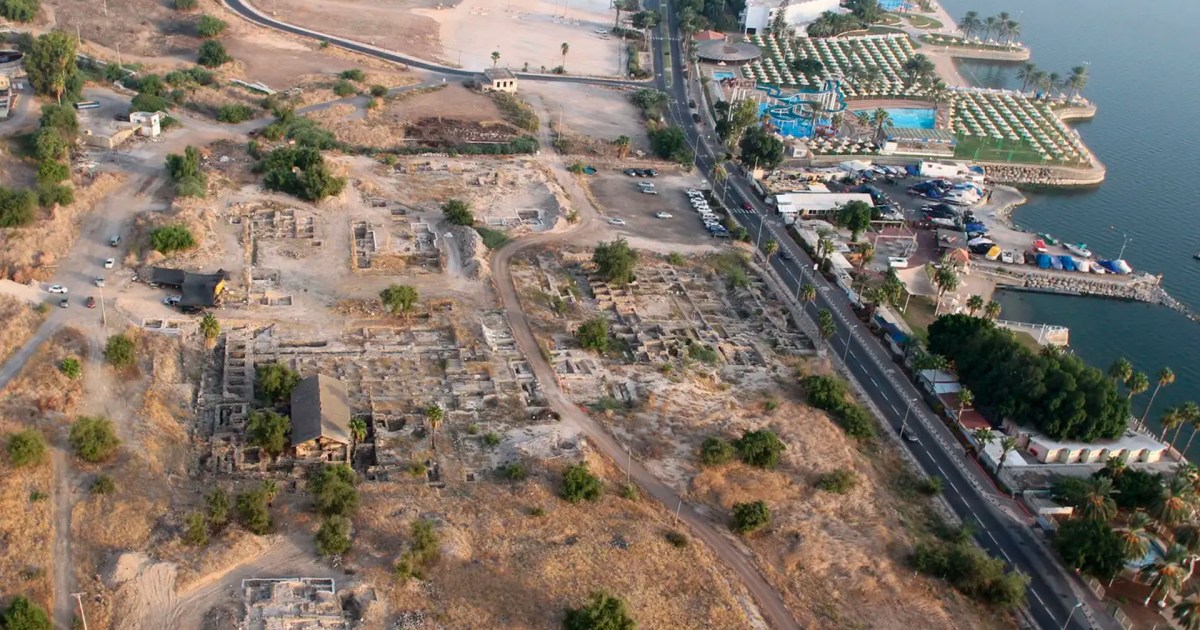 News/Politics 2021-01-23T20:22:50.710Z
It dates back to the time of the conquest and is in addition to newly discovered Islamic monuments .. Discovery of one of the oldest mosques in the world in Tiberias 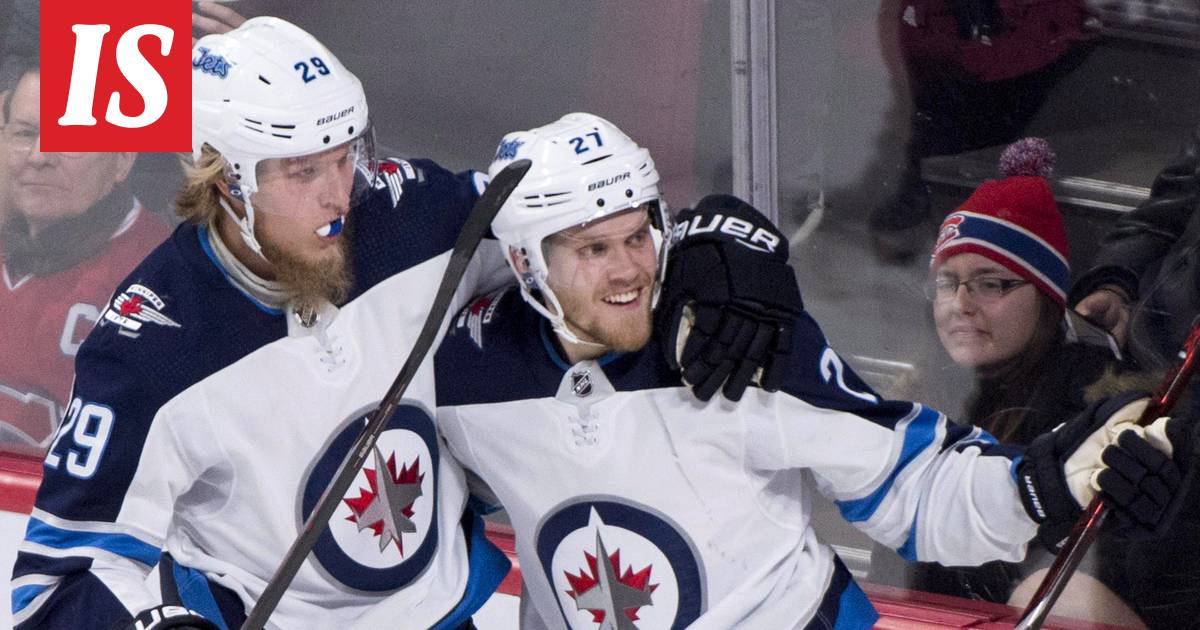