"In the overall plan of Hainan Free Trade Port, the establishment of a modern industrial system has extended the positioning of the three major industries in the Pilot Free Trade Zone: tourism, modern services, and high-tech industries, while further emphasizing some of these characteristic industries or sectors. In the future, it will become the growth pole or engine of Hainan Free Trade Port." Sheng Bin, dean of the School of Economics of Nankai University and member of the Expert Advisory Committee of China (Hainan) Free Trade Zone, said in an interview with reporters recently.

On June 1, the General Plan for the Construction of Hainan Free Trade Port issued by the Central Committee of the Communist Party of China and the State Council proposed to take the lead in implementing the policy of expanding the opening of the financial industry at the Hainan Free Trade Port. The picture shows the aerial photography of Haikou Guoxing Avenue CBD. China News Service reporter Luo Yunfei

According to the "Overall Plan for the Construction of the Hainan Free Trade Port" (hereinafter referred to as the "Overall Plan"), the tourism industry focuses on the construction of an international tourism consumption center, promoting the in-depth integration of tourism and cultural sports, health care, elderly care and health, and forming a "tourism +" and Global tourism industry chain system.

The high-tech industry focuses on the development of the information industry with the Internet of Things, artificial intelligence, blockchain, digital trade, etc., relying on Wenchang International Aerospace City and Sanya Deep Sea Science and Technology City to develop deep-sea and deep-space industries, taking advantage of the national research and breeding base of southern breeding to develop tropical agriculture Breeding of animals and plants, centering on the development of advanced manufacturing industries such as ecological and environmental protection, biomedicine, new energy vehicles, and smart cars

"The choice and establishment of these industries embodies the characteristics and realistic foundation of Hainan's "tropical island", "tourism island" and "eco-island" and the lofty goal of creating a "wisdom island", and also reflects the consumption needs and services of Hainan Free Trade Port. The trade-oriented industrial structure is different from other domestic free trade pilot zones." Sheng Bin said.

Wang Xinkui, director of the Shanghai WTO Consultation Center, said that the Hainan Free Trade Port is a major initiative launched by China in response to the current global development environment, and it is a national strategy. The construction of the Hainan Free Trade Port must have an international perspective. At the same time, the construction of a free trade port should be based on the actual situation in Hainan, take stock of the foundations, make up for shortcomings, give full play to its advantages, and implement it in stages and steps. He suggested that Hainan make a breakthrough first in terms of easier implementation and less resistance.

The positioning of the three major industries allows practitioners to see new opportunities. The "Overall Plan" mentioned "building Hainan's national blockchain technology and industrial innovation development base". Li Lin, the founder of Huobi Group, believes that there will be an outbreak of blockchain technology development in Hainan within five years. Practitioners offer many opportunities. The company will promote a series of innovative applications of "Blockchain+" to help Hainan's government affairs management, medical and health care, new infrastructure and supply chain finance and other fields of landing applications.

Based on its positioning as an international tourism and consumer center, Hainan will host the China International Consumer Goods Expo by 2025. National exhibits will enjoy tax exemption policies for import and sale of overseas exhibits during the exhibition period. Industry insiders believe that holding the expo in Qiong will gather resources in the global consumer field, make Hainan a "buy and buy" tourist shopping paradise, and promote a more diversified Chinese foreign trade market.

Business 2020-10-08T05:12:09.441Z
Seize the opportunity of the construction of Hainan Free Trade Port to win a comprehensive victory in the fight against poverty 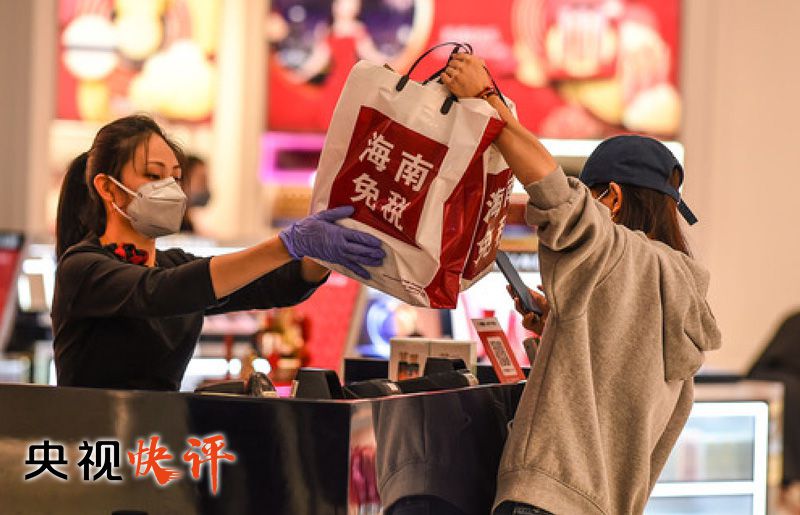