China News Service Client, Beijing, June 3 (Zuo Yukun) "The chicken nuggets in front of me are not chickens. What kind of meat are you talking about?"   The concept of "Fake meat artificial meat" is coming strong. Recently, many food and beverage companies such as KFC, Starbucks, Hi Tea, Pizza Hut, Nestle, and Herba Flavor have launched "bean" competitions and entered artificial meat.   What i... 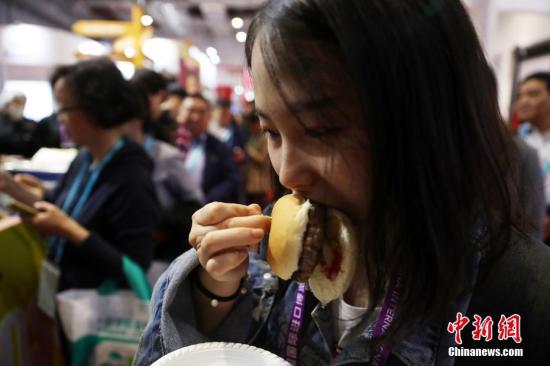 China News Service Client, Beijing, June 3 (Zuo Yukun) "The chicken nuggets in front of me are not chickens. What kind of meat are you talking about?"

What is good about artificial meat, so that people are willing to put "serious meat" instead of eating "fake meat"?

This chicken nugget, no chicken

"The color, aroma, and taste are exactly the same as ordinary chicken nuggets. After breaking apart, you can see that the "flesh" fiber feels stronger, and it is quite strong and flexible when chewed. There are also large grains of horseshoe, which feels like a chicken nugget The small crispy bones." Ms. Jin, a citizen who first ate "artificial meat chicken nuggets" was amazed: "Anyway, I wouldn't be able to taste it unless I knew it was vegetable meat in advance."

On June 3, KFC China launched the second round of "vegetable meat" beta in five restaurants in Shanghai, Beijing, Hangzhou and Chengdu, and launched the "Growed Golden Chicken Nuggets" and "Growed Beef Cheese Burger" Two artificial meat products are priced at 2 yuan 5 yuan and 32 yuan a.

"'Beef' burger can't taste the savory taste, the taste of the beef is still." In Ms. Jin's view, as long as the quality is safe and the price is fair, she is willing to buy artificial meat products.

Strictly speaking, "artificial meat" is divided into two categories: one is "vegetable meat" or "vegetable protein meat", which extracts vegetable protein from peas, soybeans, and wheat to produce various simulated meat products, which is simply made Soy products with meat taste. This is no stranger to our country on the tip of the tongue. Vegetarian chicken and vegetarian meat are "vegetable meat" that we have eaten for hundreds of years.

The other type is "cell-cultivating meat". The animal's stem cells are placed in a petri dish, relying on the scaffold and culture medium, so that the cells continue to proliferate, and finally "grow" into meat.

Yang Xiaoquan, a professor at the School of Food Science and Engineering at South China University of Technology, introduced that the current "cell culture meat" technology is not yet mature and is still in the laboratory stage. The "artificial meat" available on the market are mainly "plant meat".

This kind of fake meat is more expensive than real meat

It's not just KFC. Since this year, many companies have begun to intensively deploy "meat making" plans.

On April 21st, Starbucks announced the launch of five new vegetable meat products, including pasta and burritos, with a minimum price of 59 yuan.

On May 18, the official tea official announced the launch of "Future Meat Cheeseburger", which officially stated that its calories were only 51% of real beef and the price was 25 yuan.

It is not difficult to see from the price point that artificial meat products have no advantage in terms of price, and are even slightly higher than real meat products of the same type.

The owner of an artificial meat hot pot in Chongqing said: "Taking the American artificial meat company Beyond Meat, which cooperates with Starbucks, as an example, the purchase price of a bag of 227 grams of Beyond Meat will reach 150 yuan"; on the domestic e-commerce platform, the highest-selling artificial The new pork price of Omnipork is around 61 yuan/jin. But now the price of ordinary pork has dropped to about 30 yuan / kg.

Some insiders analyzed that this was mainly due to the fact that the research and development costs of artificial meat in the early stage were too high, and companies had to sell them at a high price to allow them to return quickly. At present, most of the test water for artificial meat in the domestic market is the processing mode of incoming materials. The high price of raw materials also makes the price of products high.

Yang Xiaoquan also believes that the processing cost of vegetable meat is not high. In theory, its price should not be higher than animal meat products. It does not exclude that some product pricing includes marketing strategies such as marketing and promotion. However, as production scale continues to expand and market acceptance continues to increase, prices of related products will fall.

This new product, what do you eat it for?

How can consumers be allowed to pay for artificial meat whose price is almost double that of real meat?

From the era of fullness to goodness, "health" is the core value of artificial meat in order to catch consumers' attention. "0 cholesterol" and "fat-free" are important publicity labels.

So, what is the nutritional value of artificial meat?

"From the perspective of protein content, which is an important measure of food value, the amino acid combination of protein in vegetable protein meat is very rich, which is almost equivalent to the nutrition of animal meat protein." Yang Xiaoquan said, but there is still a difference in the content of trace elements between the two In some projects, the animal meat content is more abundant.

Liu Rui, an associate researcher at the Food and Nutrition Development Institute of the Ministry of Agriculture and Rural Affairs, believes that vegetable protein meat contains higher protein and lower fat, which can enrich people's tables and provide more dietary choices. At the same time, vegetable protein meat raw materials are rich in resources and are located upstream of the food chain, which is conducive to solving the environmental and animal protection problems in the production process of traditional meat products, and is in line with the concept of low-carbon green and sustainable development.

As Liu Rui said, in addition to "fashion", the important reason people will consider "artificial meat" is its "environmental protection" and "sustainability".

The Food and Agriculture Organization of the United Nations issued a document back in 2006 saying that animal husbandry is a major threat to the environment. Compared with transportation, animal husbandry produces more greenhouse gases, and it is also a major source of land and water degradation.

According to a report in Science magazine in 2018, meat and dairy products provide 18% of calories and 37% of protein for people. However, they occupy 83% of human farmland and emit 60% of agricultural greenhouse gases, resulting in land and Excessive use of water sources, acidification and eutrophication of water bodies. Increased public awareness of environmental protection and attention to animal welfare are also imperceptibly promoting the development of artificial meat.

This blue ocean, the wind has arrived?

According to Data100 of Insights into China's Plant Meat Market, the global meat market will reach 1.4 trillion US dollars in 10 years, and the market share of "alternative meat" will increase from less than 1% to 10%. More than one trillion yuan. The Chinese artificial meat market, which has a huge meat consumption market, is regarded by many companies as a new blue ocean.

The share price of Shuangta Food, a leading domestic artificial meat company, rose 183% in 2019. As of the close on June 3, it has risen 85% cumulatively since 2020. The pea protein products of Shuangta Foods were used in the KFC planted meat golden chicken nuggets, and its stock price rose by more than 10% in the past 4 trading days.

The development of artificial meat in China is still in its infancy, and its technology and hardware have a certain gap compared with developed countries such as Europe and the United States. But it still has a good foundation in the field of food processing, and also has its own advantages, such as raw materials.

"Taking vegetable meat as an example, the raw material of vegetable meat is the drawing protein mainly composed of soybeans, peas and other legumes, and nearly 50% of the global soybean protein processing is in China, mainly in Shandong and Henan. This is cost-effective China's plant-based artificial meat provides a variety of conveniences and possibilities," said Xue Yan, secretary general of the China Plant-based Food Industry Alliance.

However, in the booming artificial meat market, there are still many voices of doubt. Among them, the most concerned is the "food safety risk" of artificial meat. It is inevitable that some companies with food safety risks will be mixed into the market. "The national standard for artificial plant meat is being worked out, and the release time may not let the market wait too long." Wang Shouwei, director of the China Meat Food Comprehensive Research Center, once said on January 3.

Xue Yan believes that when the price of vegetable meat is lower than ordinary meat and the taste is almost the same, vegetable meat can be widely promoted in the Chinese market.

There have been legends about spreading beans into soldiers, and today there are technologies that spread beans into "meat". Are you willing to pay for "meatless meat"? (Finish) 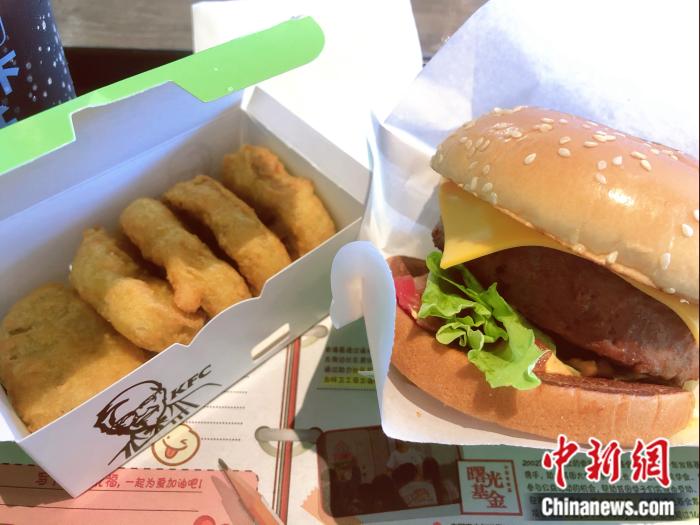 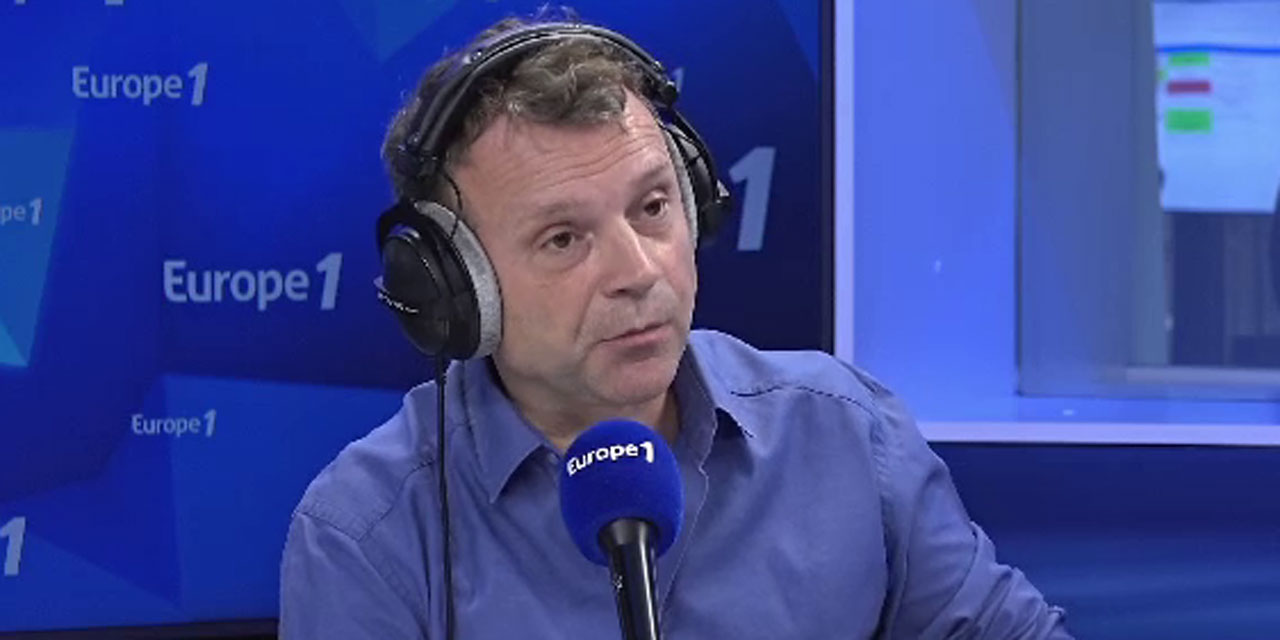