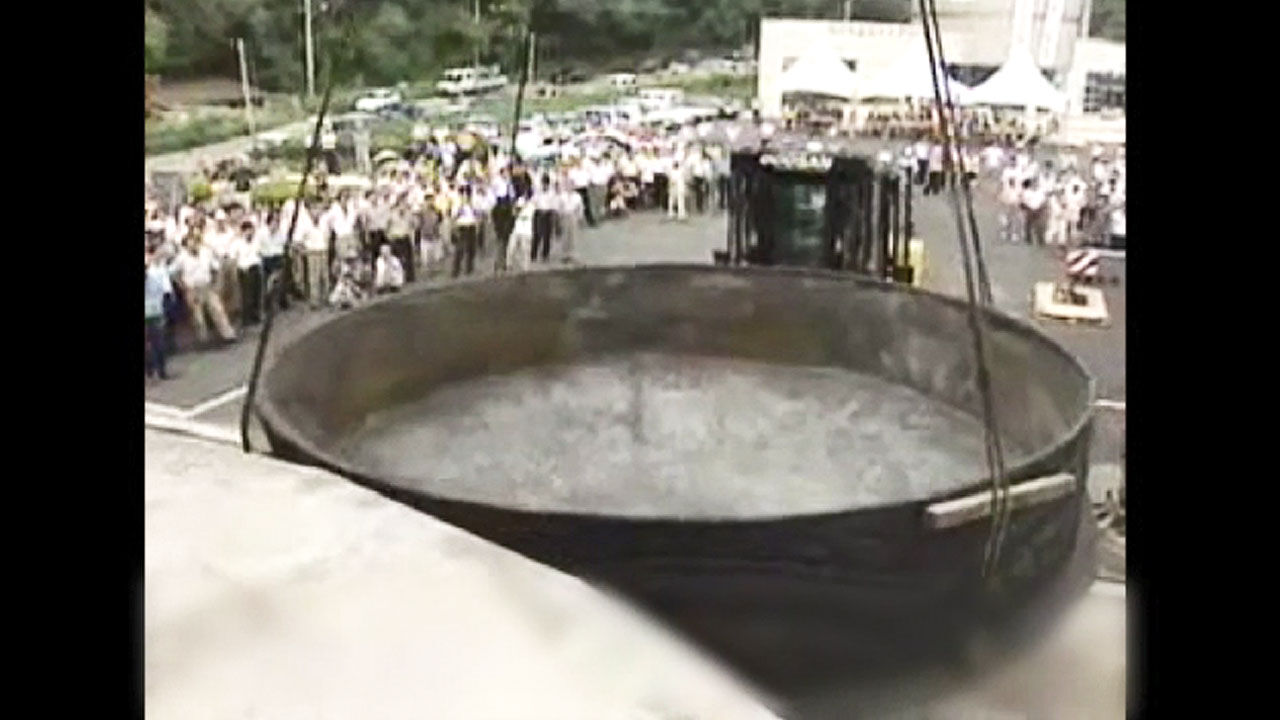 It was made with a donation of 500 million won in Goesan-gun, North Chungcheong Province, with the intention of promoting military-civil harmony.

After two years of hard work, it was barely completed in 2005, but it has been neglected for dozens of years and has fallen into a nuisance complex.

At the time, I tried to post it in the Guinness Book of World Records as the 'world's largest', but it was pushed back by a larger Australian earthenware dish, and I tried to use it for events such as cooking rice or boiling red bean porridge, but it did not cook well.

Since 2007, even these events have been stopped, and tourists have stopped visiting, and they have even suffered the disgrace of being pointed out as a case of 'representative waste of budget' by local governments.

Recently, a plan to move to the entrance of the 'Sanmagi Old Road', which is a tourist attraction, is being reviewed, but it is not easy to move, and it is observed that the relocation cost alone will exceed 200 million won.

Netizens showed reactions such as "What if I become a troublemaker while aiming for local specialties?", "A cauldron that melts the money of the military", and "Let's see what we will do to listen to the opinions of residents."