[Breaking News] Following the strongest cold, this time, a lot of snow in the central region... Be careful on your way to work tomorrow

After the super cold, snow is expected in the central region this time. This snow seems to be the strongest on the way to work tomorrow. Traffic congestion on the way to work is also a concern as snow falls while the cold has not completely gone away. 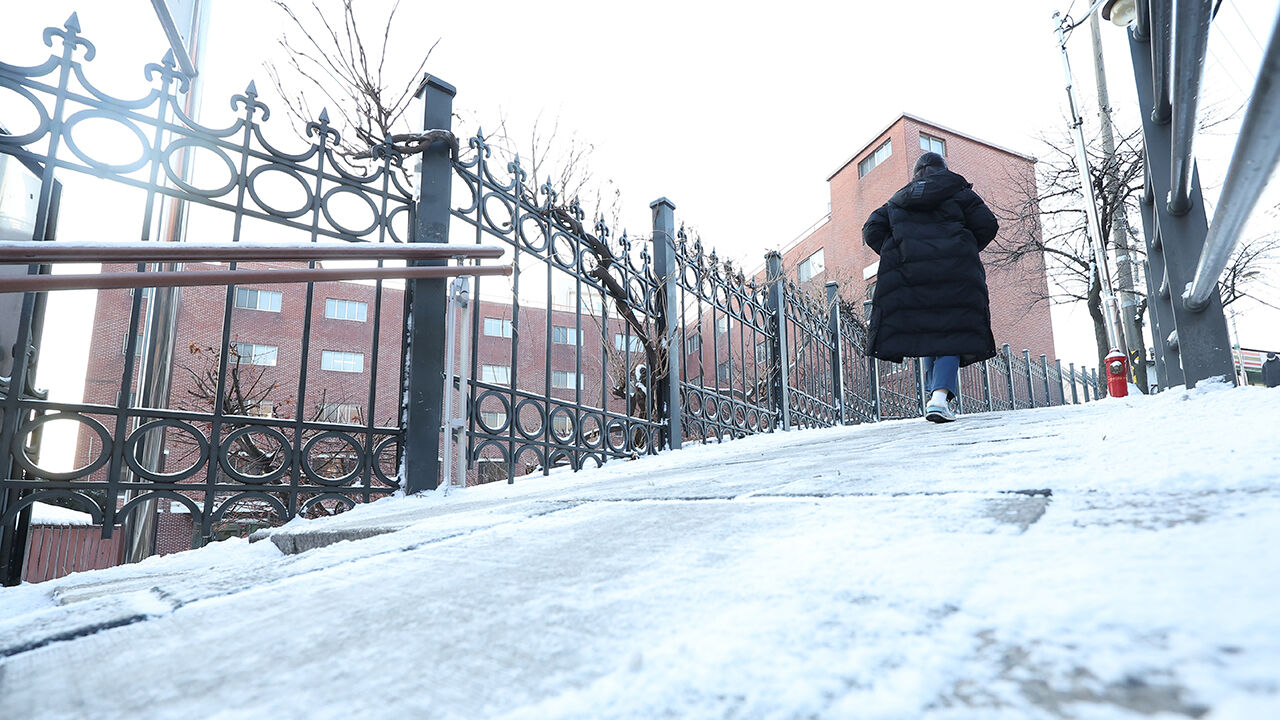 After the super cold, snow is expected in the central region this time.

This snow is expected to be the strongest on the way to work tomorrow (26th).

Traffic congestion on the way to work is also a concern as it snows while the cold has not completely gone.

As this high pressure passes over the south of Korea, the wind blowing in Korea will change from a northwesterly wind to a relatively warm southwesterly wind.

This is why the temperature is expected to rise gradually from this afternoon.

The warm air that came in through the southwest wind will rise with the cold air that is currently located in Korea and create snow clouds.

The snow cloud zone is expected to develop up to an altitude of around 3 km, so snow crystals will be made in the 'between -10 and -20 degrees below zero'.

In this section, snow crystals are formed in a star shape, and then they accumulate well when they fall to the ground.

This snow will start in the western region late tonight and expand to most of the central region between dawn and morning tomorrow.

The Meteorological Administration predicts that the most snow will fall in the central region from tomorrow morning until morning.

It is necessary to be prepared as the pouring snow can freeze on the road at low temperatures and make the way to work tomorrow icy.

It is expected that the amount of snow cover will vary by region depending on how strong the local high pressure develops in the inland regions of Korea.

The Korea Meteorological Administration has requested that you check the latest weather information from time to time.

From the afternoon of Friday, the 27th, it will snow again in Honam, Jeju, and Chungcheong, where there has been a lot of snow recently.

As the cold northwest wind passes over the relatively warm West Sea, a snow cloud belt develops due to the sea level difference (temperature difference between sea level and the atmosphere), and snow is expected as this cloud belt flows in.

From the afternoon of the 28th, the atmospheric pressure trough will support the snow cloud belt, and the cloud belt will come in to the inland, such as Chungcheong.

It seems that there will be quite a bit of snow mainly in the metropolitan area and the west coast of Chungcheongnam-do.

As a result, a heavy snowfall warning was issued in the metropolitan area including Seoul and the western part of Chungcheongnam-do.

The temperature will rise little by little from this afternoon, and then turn back to a downward trend as a cold northwest wind comes down again on the 27th.

On this, on the 27th and 28th, a cold wave warning will be issued again in some areas.

However, it is expected that it will not be as cold as the 24th and 25th.

The Korea Meteorological Administration explained, "After the 28th, the temperature will gradually return to the normal level while repeating that it will be cold and relatively warm."