The ancestor of taxa: Russian scientists discovered a fossil ant of a new species in Baltic amber

Biologists from St. Petersburg University have discovered a new species of fossil ants. Insects migrated millions of years ago from America to Eurasia across the land bridge between the continents. Today, ant species related to the discovery by scientists live in Japan, Europe and North America. The specimen found in Baltic amber is the oldest representative of this genus of ants known to science. The researchers managed to classify the insect thanks to the technique of computed microtomography. 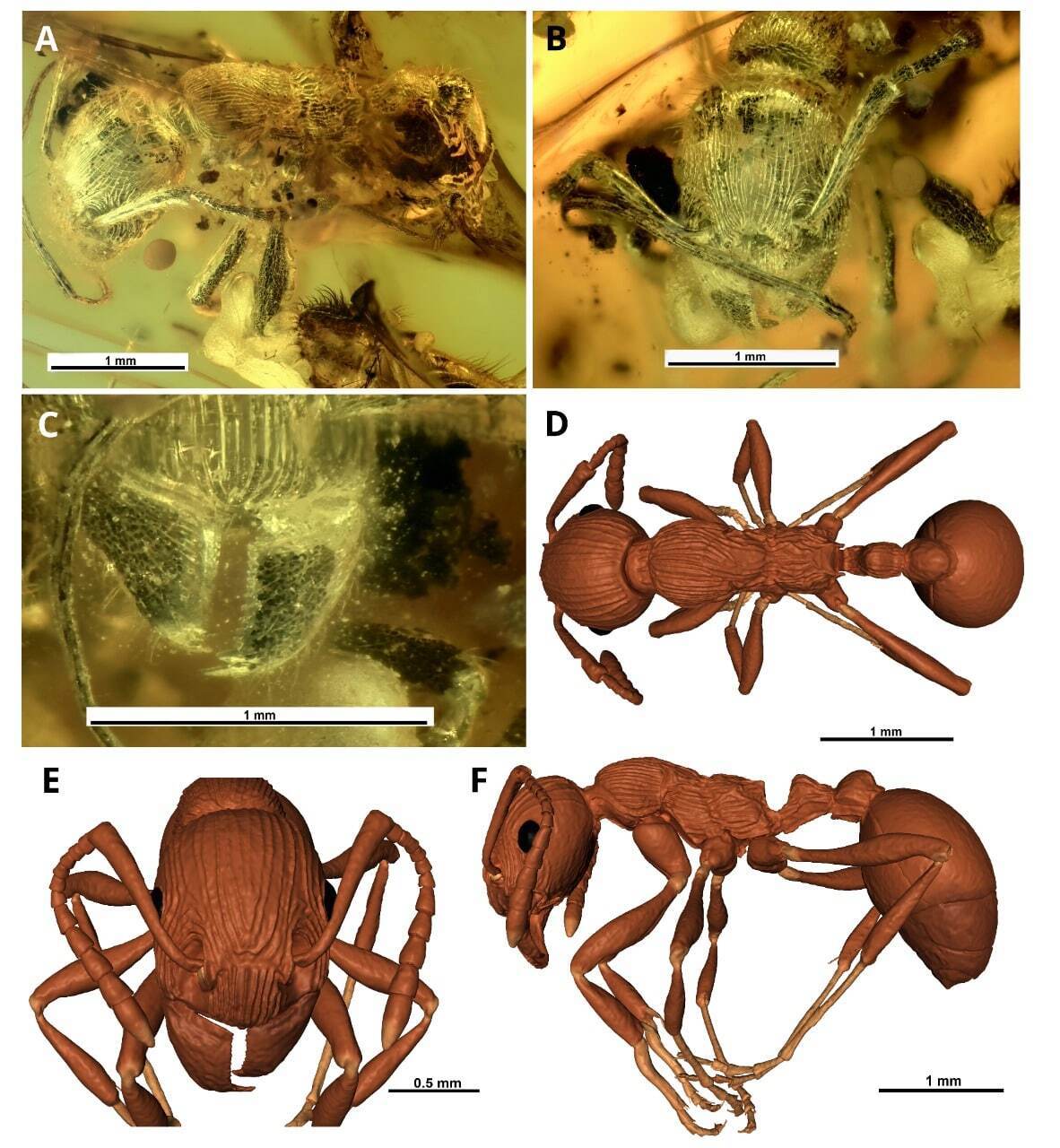 Russian biologists from St. Petersburg University found in a piece of Baltic amber from Kaliningrad a fossil ant of the genus Manica, subfamily Myrmicinae, that lived on the territory of the modern Kaliningrad region at the end of the geological era of the Eocene.

Scientists attributed the ancient insect to a new species and gave it the name Manica andranna.

Modern relatives of these fossil ants live in the mountainous regions of North America, Japan and Europe.

The opening of RT was reported in the press service of St. Petersburg State University.

The results are published in the scientific journal Insects.

Today, there are only six species of ants of the genus Manica in the world.

However, the Kaliningrad region is not included in the range of these insects.

The history of the existence of the genus is about 40 million years.

The fossil ant found in amber is its oldest representative known to science.

Scientists were able to classify the insect and attribute it to a new, previously unknown species of Manica andranna thanks to the technique of computed microtomography.

The study made it possible to study the ant in detail, despite the presence of various impurities in amber - plant residues and air bubbles.

Based on the data obtained, the scientists created a 3D model of the insect.

“The species we described -

can most likely be considered the ancestor of some modern taxa (species.

) of ants from the largest subfamily Myrmicinae.

This is the first such ancient find of this genus in the fossil state and the first such find in Europe, ”Dmitry Zharkov, the first author of the study, an employee of the Department of Applied Ecology at St. Petersburg State University, explained to RT.

Biologists believe that the ant genus

During the Eocene epoch (from 56 to 33.9 million years ago), the continent was connected to Eurasia by land corridors.

It was during this period that ants from the genus Manica could migrate to Europe and Asia, the researchers suggest.

As the authors of the work note, other fossil ants related to species common in South and Central America have already been found in Baltic amber.