Few chefs - perhaps none at this time - generate more expectation than the best chef in the world (The Best Chef Awards dixit) of 2021 and 2022, as has been observed... 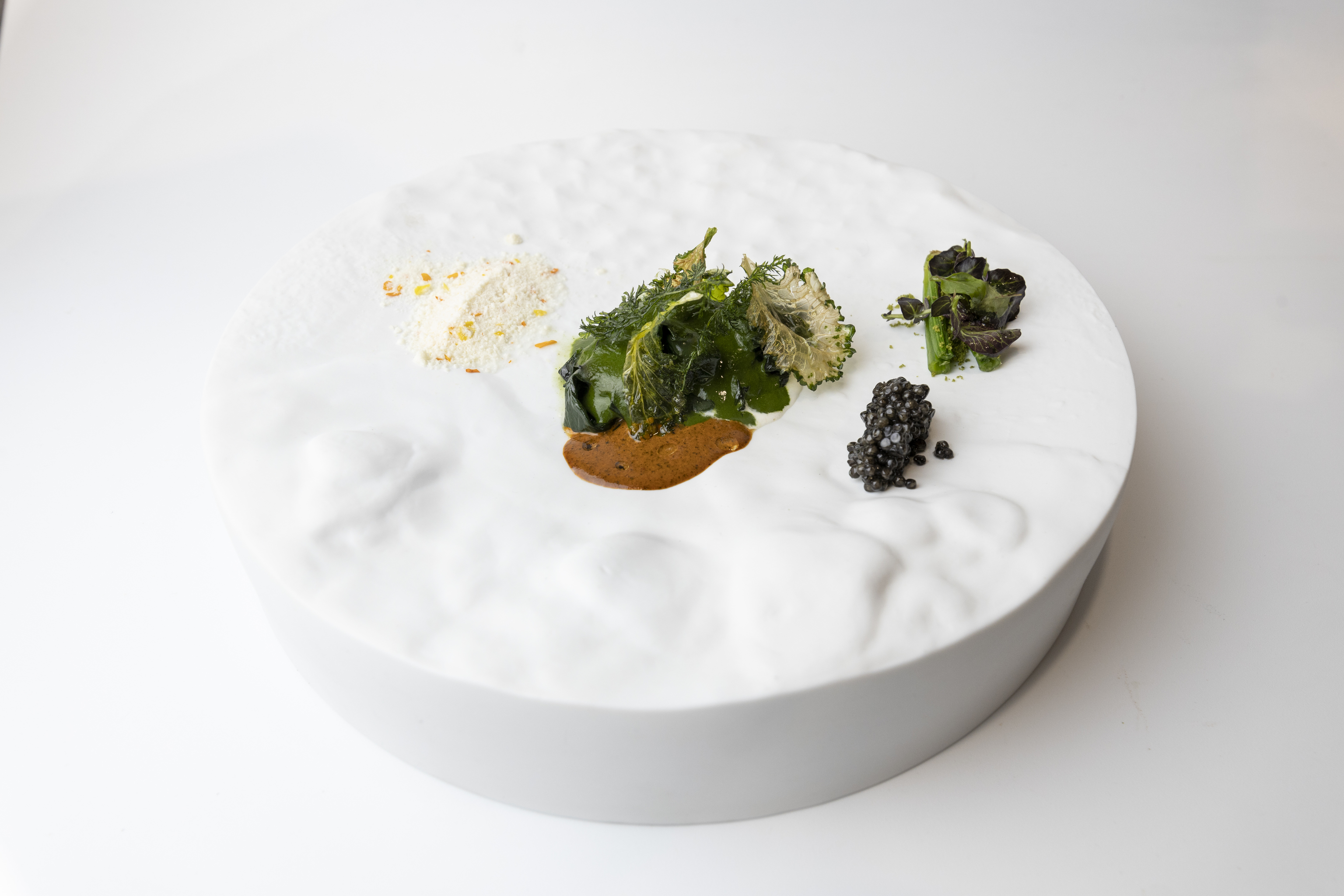 Few chefs - perhaps none at this time - generate more expectation than the best chef in the world (The Best Chef Awards dixit) of 2021 and 2022, as was observed during his presentation at Madrid Fusión.

And it is that Dabiz Muñoz, soul of DiverXO, the only three-star in Madrid, fills any capacity and more

if it is the first time since 2014 that he has gone on stage to cook.

The idea: that the man from Madrid, along with chefs from his four businesses -GoXO, StreetXO, RavioXO and DiverXO-, would prepare a recipe for each of his establishments.

But since Dabiz's mind never stops... The presentation has mutated into the four-course meal on the current menu of his three Michelin stars

As always "breaking schemes", underlines José Carlos Capel, founder and president of Madrid Fusión, while explaining that "five minutes before stepping into the auditorium" the presentation has changed.

"At DiverXO we change the dishes a lot,

we even do it the same day

," Muñoz explained shortly before revealing the creative codes of this restaurant, number 4 in the world.

"Each dish is an independent story and can be at the beginning, in the middle or at the end of the menu

. In themselves, they are self-contained," he says while starting with the first of the passes.

In his universe, each dish is "a microclimate within a climate that is a menu", a proposal with hundreds of ingredients.

We have not done the task of counting them, there may be more than 300 ", she admits.

"everyone has a reason in my head

From the cultivated spinach from Guetaria

, the aguachile or the jalapeño curd emulsion [chili peppers and citrus are to a great extent the common threads of his current proposal] to the baked caviar, the ravioli of chopped vegetables, the Galician broth or the vegetable snow made with asparagus, which are just some of the products that give life to

And multiple elaborations, textures and temperatures must be added: the trout, previously matured for 45 days, is lightly steamed, while the belly goes through the oven;

rice in different textures to make a gnocchi (in dim sum dough, marked in the wok, in couscous...);

the crayfish in robata.

The Ages of Hake

, the chef presents his third recipe.

The bottom left in the pot.

To finish, the man from Madrid proposes

a recipe that, without losing its traveling essence, has a lot to do with Spanish products

"It represents what you feel when you eat what 'happens' at the bottom of a pot."

A pot fed with Mos rooster and Colunga beans, with Guajaca-style mole, a taco to dip into that bottom of the pot...

Taste, that which -Dabiz Muñoz admits- obsesses him.

The genius that breaks schemes.