“I sincerely fell in love with Russia”: how Alexander Lanzheron achieved the prosperity of Russian Odessa

260 years ago, the Russian military and statesman Count Alexander Lanzheron was born. Coming from a French aristocratic family and having served the crown for several years in the ranks of the French army, he did not accept the overthrow of the monarchy and switched to the Russian service. Langeron participated in the wars with Sweden, Turkey and Napoleonic France, forcing the surrender of Paris during the foreign campaign of the Russian army. In the future, he was the Odessa mayor and governor-general of Novorossia, having done a lot in this post for the development of the southern regions of the Russian Empire. In memory of Langeron, Odessans named in his honor the coastal part of the city, in which the mayor's dacha was located. 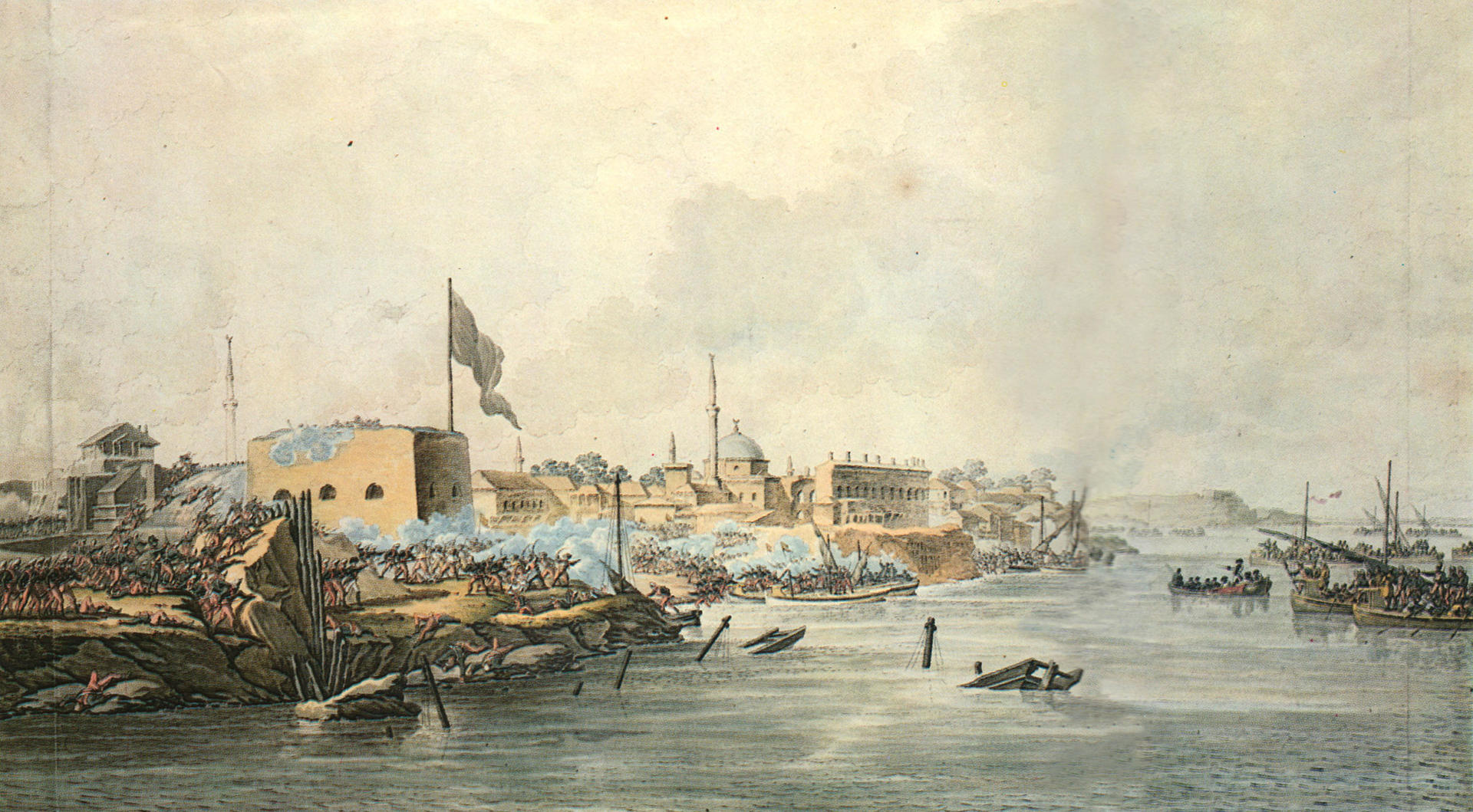 January 24, 1763 (some sources indicate other dates) Count Alexander Lanzheron was born in Paris.

After the French Revolution, he entered the Russian service.

Lanzheron demonstrated valor during the wars with Sweden, Turkey and Napoleonic France, and then became a civil administrator in charge of Odessa and the Novorossiysk General Government.

From France to Russia

After receiving a secular education, Lanzheron entered the military service.

He was supposed to participate in the landing on the coast of Great Britain as part of the French troops.

And when that did not take place, he transferred to the corps that participated in the US War of Independence on the side of the Americans.

“The struggle for the independence of the North American colonies does not mean that Lanzheron sympathized with republican ideas.

He just fought with England, which was the enemy of his homeland, ”said Vitaly Zakharov, a professor at Moscow State Pedagogical University, in a conversation with RT.

Langeron participated in the fighting against the British in North and South America.

In doing so, he showed military prowess and returned to Europe with the American Order of Cincinnatus.

Colonel Langeron did not accept the Great French Revolution.

He tried to enter the Austrian service in order to take part in the war with Turkey, but Emperor Joseph II was cool about foreign volunteers, and therefore Langeron chose another monarch to whom he offered his sword - the Russian Empress Catherine II.

In 1790, he officially entered the Russian service and was enrolled in the 1st Siberian Grenadier Regiment, which was at that time on the Danube.

Before being sent to Bessarabia, Langeron, temporarily commanding the 2nd division of the Russian rowing fleet, managed to take part in the war with Sweden.

And having arrived on the Danube, he, as part of the Suvorov troops, took part in the assault on Ishmael and was awarded a golden sword "for courage."

Later Langeron distinguished himself in the battle with the Turkish troops at Machin.

After signing a peace treaty with the Ottoman Empire in Iasi, he went to Germany and took part in the War of the First Coalition against Republican France.

Being with the Austrian army, he informed Catherine II about the course of hostilities.

According to historians, Lanzheron received rich military experience at the same time.

When it became clear that the monarchist coalition would not be able to defeat France, he returned to Russia and was soon assigned to the Little Russian Grenadier Regiment under the command of Count Peter Rumyantsev.

In 1796, he became a regiment commander, and a year later, Emperor Paul I promoted him to major general and appointed him chief of the new Ufa Musketeer Regiment.

Paul I was pleased with Lanzhern and after some time planned to appoint him a military governor of Orenburg, but he asked the tsar to leave him in the army.

In the following years, the French count commanded a special 25,000th corps in Courland, and then served as an infantry inspector of the Brest Inspectorate.

Paul I officially accepted Lanzheron into Russian citizenship, elevated him to the dignity of a count of the Russian Empire and handed him the commander's cross of St. John of Jerusalem.

Alexander I, who succeeded his father Paul I on the throne, returned Langeron to the active army.

In 1805, a detachment under the command of Lanzheron unsuccessfully acted in the Battle of Austerlitz, because of which the emperor demanded that the count "voluntarily" resign from the army.

However, Alexander's anger soon passed, and just a few months later Langeron was returned to service.

In 1807, Langeron was again assigned to the Danube, where he commanded first a corps, and then the reserve troops of the Moldavian army.

During the war with the Ottoman Empire, he managed to thwart the Turkish offensive against Bucharest, capture Silistria and force the garrison of the Ruschuk fortress to surrender.

For some time Lanzheron was the temporary commander of the Moldavian army, but then he transferred the affairs to Mikhail Kutuzov.

In the Ruschuk battle, Lanzheron commanded part of the Russian army and made a great contribution to the defeat of the Turkish troops.

For this he was promoted to general of infantry.

According to Vitaly Zakharov, the victory in the Battle of Ruschuk was an important step towards the conclusion of the Bucharest Peace of 1812, which was extremely beneficial for Russia, with the Ottoman Empire.

Langeron failed to rest after the war with Turkey.

The army that had previously operated on the Danube was transferred to the western borders of the empire.

Langeron took part in the Patriotic War of 1812, fighting against the Napoleonic units retreating from Russia.

Later he participated in the foreign campaign of the Russian army.

He forced the garrison of the Thorn fortress to capitulate, distinguished himself in the battle of Leipzig and captured the heights of Montmartre, thereby predetermining the fall of Paris.

Shortly after returning to Russia, in 1815, Lanzheron was appointed Kherson military governor, Odessa mayor and manager of the civil part in the provinces of Kherson, Taurida and Yekaterinoslav (later his position became known as the Governor General of Novorossia).

According to Vitaly Zakharov, Langeron's patronage was his comrade Emmanuel Osipovich Duke de Richelieu, who led Odessa and Novorossia before him.

According to experts, after the appointment, Lanzheron continued to pursue the policy of his predecessor.

“One of the most important achievements of Lanzheron was the granting to Odessa of the status of a free port, proposed by Richelieu,” emphasized Vitaly Zakharov.

According to the historian, free maritime trade contributed to the growth of the well-being of the inhabitants of Odessa, the prosperity of the port and the improvement of the city.

Lanzheron set up street lighting and organized the work of the local police guard, laid out a botanical garden, founded a number of educational institutions in Odessa and landscaped its seaside part.

Under him, a newspaper in French began to appear in Odessa.

In addition, Langeron initiated the installation in the city of the famous monument to his predecessor, the Duke de Richelieu.

With the assistance of Lanzheron, in the suburbs of Odessa, the townspeople began to massively build summer cottages.

He got himself a dacha and the mayor himself.

The arch leading into it has survived to this day.

And the seaside area in which it was located has since been called Lanzheron in his honor by Odessans.

“Langeron made efforts to turn Odessa into a pearl by the sea,” Natalia Kargapolova, senior researcher at the scientific and exposition department of the State Historical Museum, said in an interview with RT.

According to Vitaly Zakharov, contemporaries spoke of Langeron as a kind, benevolent and honest person who did not take bribes.

“True, in order to be considered an ideal administrator, Lanzheron lacked concentration and composure.

There were many historical anecdotes about his absent-mindedness, ”said Zakharov.

Once Lanzheron allegedly locked Emperor Alexander I in the office and left, forgetting about the tsar.

The head of state had to call for help to be released.

Langeron's habit of talking loudly to himself was amused by those around him.

When the count criticized himself in such "conversations", people nearby sometimes took it personally and Langeron had to apologize to them.

In the early 1820s, Lanzheron worked on a draft administrative reform, according to which it was recommended that the Russian Empire abolish the table of ranks.

Alexander I did not like these ideas, and in 1823 Lanzheron was dismissed due to his "advanced age."

He went to France, however, according to historians, he was very homesick for Russia.

For him, it became a second homeland.

In it, he gained fame and recognition, ”said Alexander Valkovich, president of the International Military Historical Association, in a conversation with RT.

Emperor Nicholas I returned Langeron to St. Petersburg and appointed him a member of the criminal court in the case of the Decembrists.

Later, the count participated in the war with Turkey, but was offended by the emperor, considering his place in the army not high enough.

He again retired from the service and, as a private person, settled in Odessa.

Langeron died of cholera on July 16, 1831 during a trip to St. Petersburg.

“Langeron did not hold high court and military positions, but nevertheless he played a huge role in the history of Russia.

It was on such dedicated administrators that the empire was held together.

It should be noted that, unlike many foreigners, he became half Russian in spirit and, even after retiring, did not want to leave our country, ”summed up Vitaly Zakharov.