Yesterday evening, a fire broke out in a factory accommodation in Jangheung-gun, Jeollanam-do, and a 6-year-old child who was alone in the room died. Reporter Kim Hyung-rae reports on incidents and accidents overnight. Factory hallways and ceilings were scorched black. 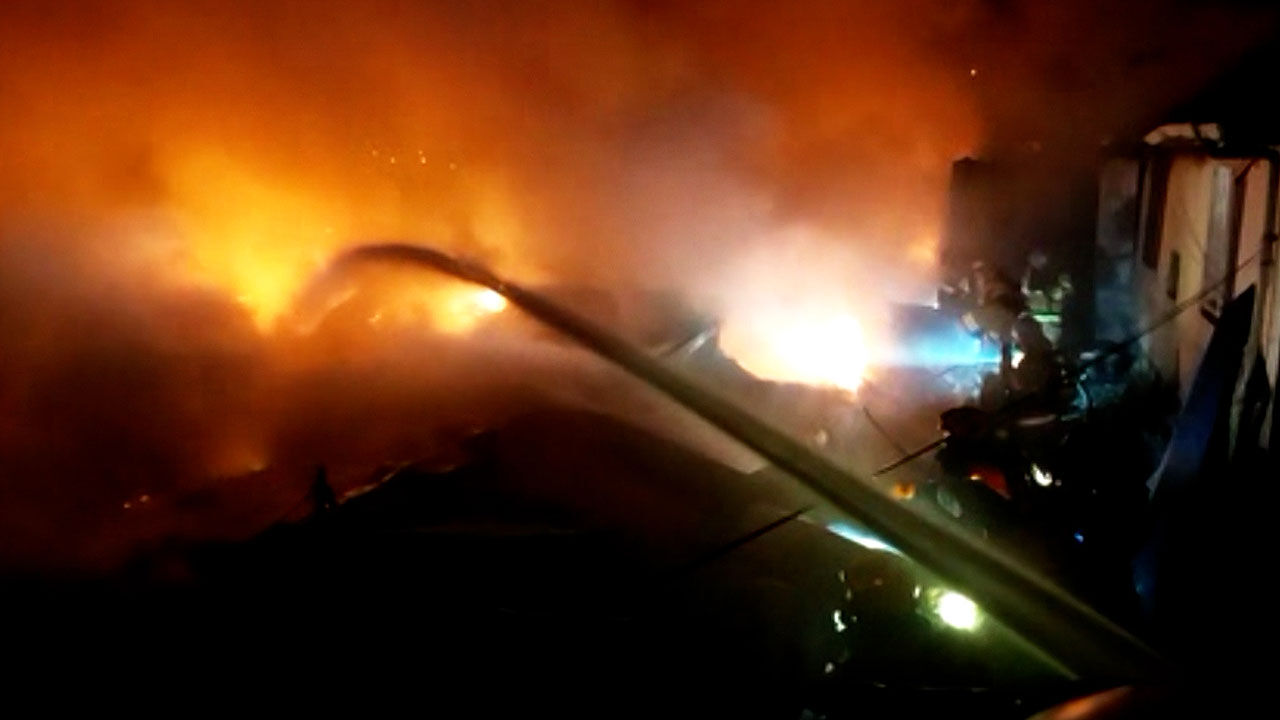 Yesterday (9th) evening, a fire broke out in a factory accommodation in Jangheung-gun, South Jeolla Province, and a 6-year-old child who was alone in the room died.

The hallway and ceiling of the factory were scorched black.

A fire broke out at a food processing factory in Jangheung-eup, Jangheung-gun, Jeonnam, around 8:30 last night.

The fire was put out in about 30 minutes, but a 6-year-old child in a room on the second floor was found in a state of cardiac arrest and taken to the hospital, but died.

The child who died lived with his parents in a factory that caught fire, but at the time of the accident, it was reported that his family was away and he was sleeping alone.

Red flames soared over the roof, and firefighters moved into narrow alleys to set up fire lines and stop the flames.

Last night at around 6:50, a fire broke out in the redevelopment area in Jeongneung-dong, Seongbuk-gu, Seoul.

There were no casualties, but the fire burned seven houses and evacuated two residents, including a man in his 80s.

Around 9:30 last night, a fire broke out on a 24-ton fishing boat passing south of Sapsido Island, Boryeong City, Chungcheongnam-do.

The Coast Guard dispatched a patrol boat and a rescue boat to put out the fire, escape the burning boat, and rescue all six crew members drifting nearby.