4 years ago, from a stranger to an insider... Banner greetings sent to the departing Bento

Bento, who has said goodbye to the national team, will return to Portugal soon. The residents of the apartment where Bento has lived in Korea for the past four years expressed their gratitude by hanging a banner saying that they are proud to be neighbors. 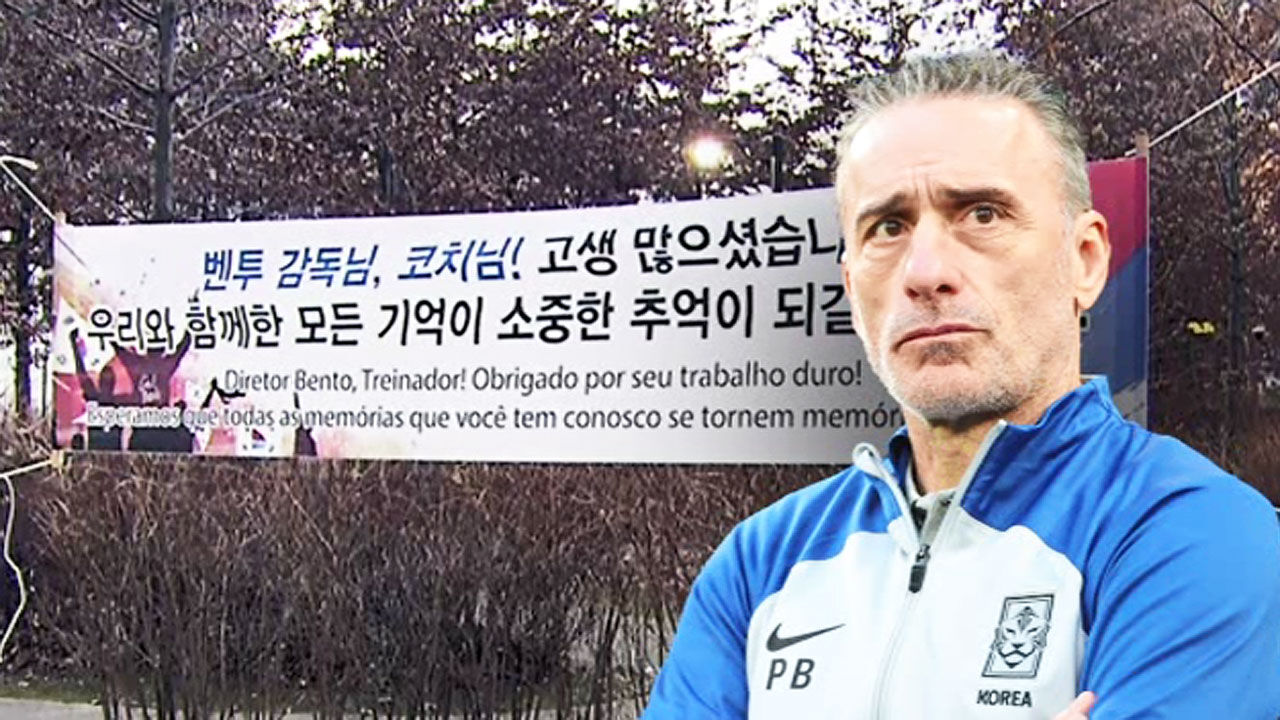 Bento, who has said goodbye to the national team, plans to return to Portugal soon.

The residents of the apartment where Bento lived in Korea for the past four years expressed their gratitude by hanging a banner saying that they are proud to be neighbors.

An apartment in Goyang-si, Gyeonggi-do.

Banners pointing to Bento and the coaching staff of the soccer team are hung everywhere.

Messages of support such as “You have worked hard” and “I am proud to be your neighbor” were also written in Portuguese.

Four years ago, the condition of living in Korea made the candidates who were on the list of national team coaches hesitate.

[Kim Pan-gon/Former head coach of the national team (last year 2018): '(Another candidate) should I stay in Korea for 4 and a half years away from my family?'

Directly and indirectly expressed a lot of difficulties.]

Director Bento, who accepted living in Korea, settled in this area, about 30 minutes away, considering the nature of his work going to and from the Paju Training Center.

Both the head coach and coaching staff moved in with their families.

Neighbors and cousins ​​over four years remembered the Bento division with a 'kind smile'.

[Kim Yeo-rim/Apartment manager: If you ask for an autograph, he will gladly do it, never once refused, and always with a smile.

Neighbors decided to say their last goodbyes to the Bento division, who often participated in community events and hung out together, with banners.

[Go Wan-suk/Neighbors: We play soccer together.

At any event, a lot of people came to encourage us and enjoy together, so I think it was a relationship rather than a stranger.]

Director Bento and the coaches often spent time at nearby shopping malls or restaurants on their days off, and numerous certified photos with local residents were posted on social media. It also became a hot topic.

Bento and his coaching staff will soon leave for their home country, Portugal, leaving behind the memories of the four years spent here.

[Paulo Bento/National soccer team coach (last 7th): Korea is related to my soccer career, but I think it will remain in my life.]