"I want to nominate my rabbi, Bill Clinton", how a spontaneous young man bypassed the security of the Game Awards

It was five in the morning in Spain and despite the multiple 'World Premiere' that Geoff Keighley, director and organizer of The Games Awards, or the Oscars of... 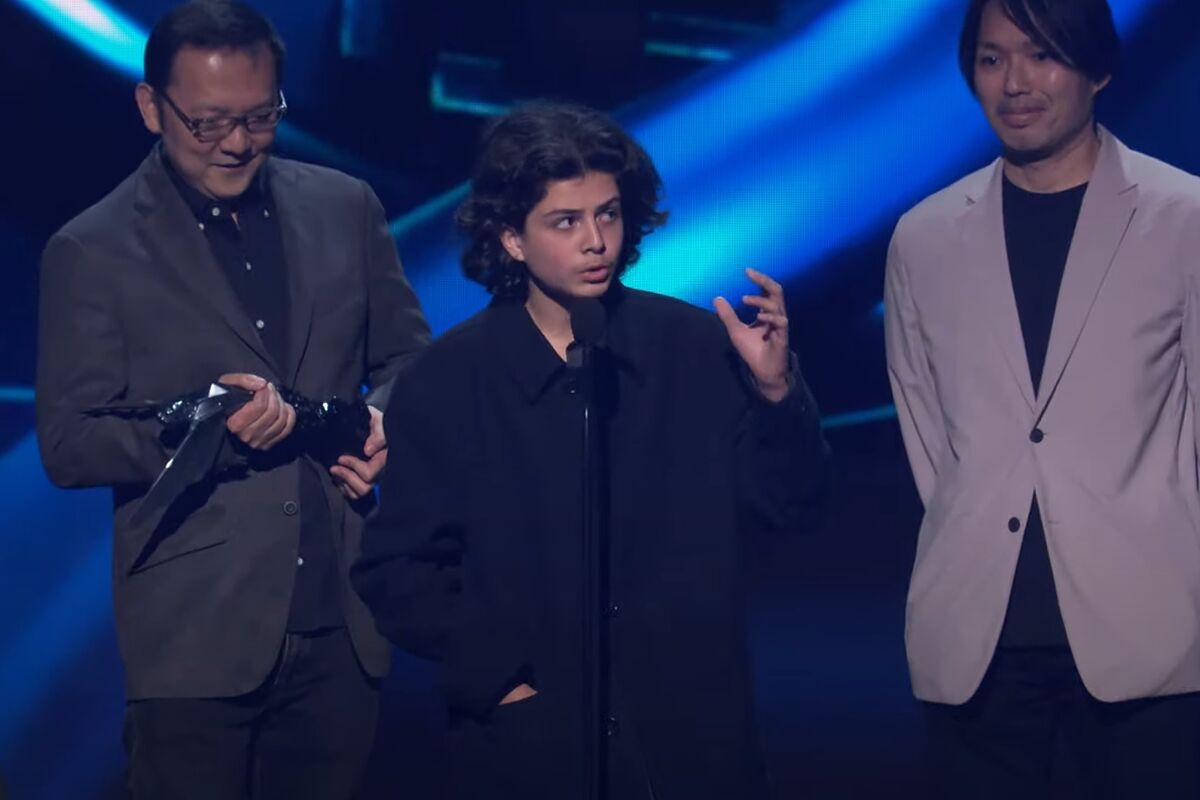 , director and organizer of The Games Awards, or the Oscars of videogames', was announcing, with the ceremony ended, someone He approached the microphone and between barely audible words Bill Clinton could be heard.

As every year, hundreds of specialized media and content creators have broadcast the gala live with commentary and their own reactions.

All of them and the

who followed him on Twitch, 500,000 through Steam and many others on YouTube, were stunned by such statements.

became a TT to the surprise of those who came to the social network to see what was going on in the world.

It was not about any statement or scandal from the former president of the United States, a spontaneous minor in appearance had managed to outshine Elden Ring and God of War: Ragnarök.

Nobody seemed to care anymore about the Middle Lands and the god of war, the 2022 Game Awards had a new protagonist.

the memes and the surprise

, this irruption is more than worrying.

It is not about a spontaneous person who jumps on stage at the last moment, the young man

manages to get up next to Hidetaka Miyazaki

and part of the FromSoftware team, staying with them throughout the speech without the event security team noticing or noticing. ask who the hell is that kid.

Between his young age, since he even appears to be a minor, something that still belongs to the field of speculation, and his appearance, during Miyazaki's speech there were already many people wondering

who this guy was who

looked like he came out of a game by Tetsuya Nomura, creator of 'Kingdom Hearts'.

The reading of the incident is about the deficient security that the event seems to have had.

Let us remember that on some occasions, the spontaneous ones have appeared with the intention of attacking one of the attendees, having succeeded in cases such as that of Salman Rushdie, who lost an eye after being stabbed during a talk in New York, or Inejir Asanuma, who was assassinated by Otoya Yamaguchi (17 years old) live on Japanese television.

After spending several minutes on stage with Miyazaki, the young man approaches the microphone and with a

voice and an accent yet to be identified, he pronounces some strange words.

"I want to nominate my Reformed Orthodox Rabbi, Bill Clinton, for this award."

Josef Fares, creator of the game 'It Takes Two', looked stunned at the spontaneous, while Keighley retrieved the microphone to end the evening, while several security people calmly went up on stage to take the boy away.

Minutes later, through his Twitter profile, the event organizer confirmed that the spontaneous had been arrested.

From here, the Internet has been filled with theories and supposed screenshots of chats with the spontaneous.

Matan Even, interviewed by Infowars and regular spontaneous

A New York content creator posted on Twitter and TikTok some screenshots of an alleged conversation between a friend, General Alden, and the spontaneous.

He explains that four days ago he had met him during some games of Call of Duty: Warzone, since he is the brother of a close friend, and that he had told him his plan, to which he had told him that he would have zero chances of taking him. finished.

is the same person who sneaked into Blizzcon 2019

and yelled "Free Hong Kong", Matan Even, known for his YouTube channel where he posts videos about police brutality and Asian-American hate.

A theory that is to be confirmed, although due to the physique and age it could coincide.

But the lucubrations and theories do not stop here.

Less than an hour ago, Matan Even's own Twitter profile changed his photo to use the one from the Game Awards moment.

Even also became known for displaying a T-shirt, during an NBA game while the 'fan cam' was pointed at him, which read: "Fight for freedom, support Hong Kong."

The Internet, which often functions as thousands of people analyzing a specific event in detail, as if they were the world's largest detective search engine, has discovered more details.

One of the most striking details of the spontaneous, apart from his own presence, have been

, which appear to be the Adidas Yeezy 500 model, a brand collaboration with Kanye West, whose anti-Semitic comments have cost him million-dollar contracts. like the one I had with this same brand of sportswear.

To this we must add the fact that Matan Even, in the event that it is confirmed that this is the identity of the spontaneous, was interviewed by Infowars, a channel hosted by Alex Jones, a far-right conspiracy theorist.

A week ago, this same channel was interviewing Kanye, giving headlines as striking as "I like Hitler", and just a few days ago, Jones declared bankruptcy after losing a defamation suit against the victims of Sandy Hook, a mass shooting that occurred in a US elementary school in 2012.

Despite the fact that several users of the social network and some smaller blogs and media have linked Matan Even to the extreme right, his supposed friend 'General Alden' insists that his friend is Jewish and went to Hebrew school, despite from the interview he gave to Infowars.

Leaning on the fact that he also gave interviews for other media such as Mingjing Live, an information channel based in New York.