A series of factory fire accidents... The fire that spreads in an instant, why?

Yesterday, following Daegu, there was a big fire at a factory in Incheon, and the flames spread to the surroundings. In a place where factories are gathered, the damage will inevitably increase if there is a fire like this. 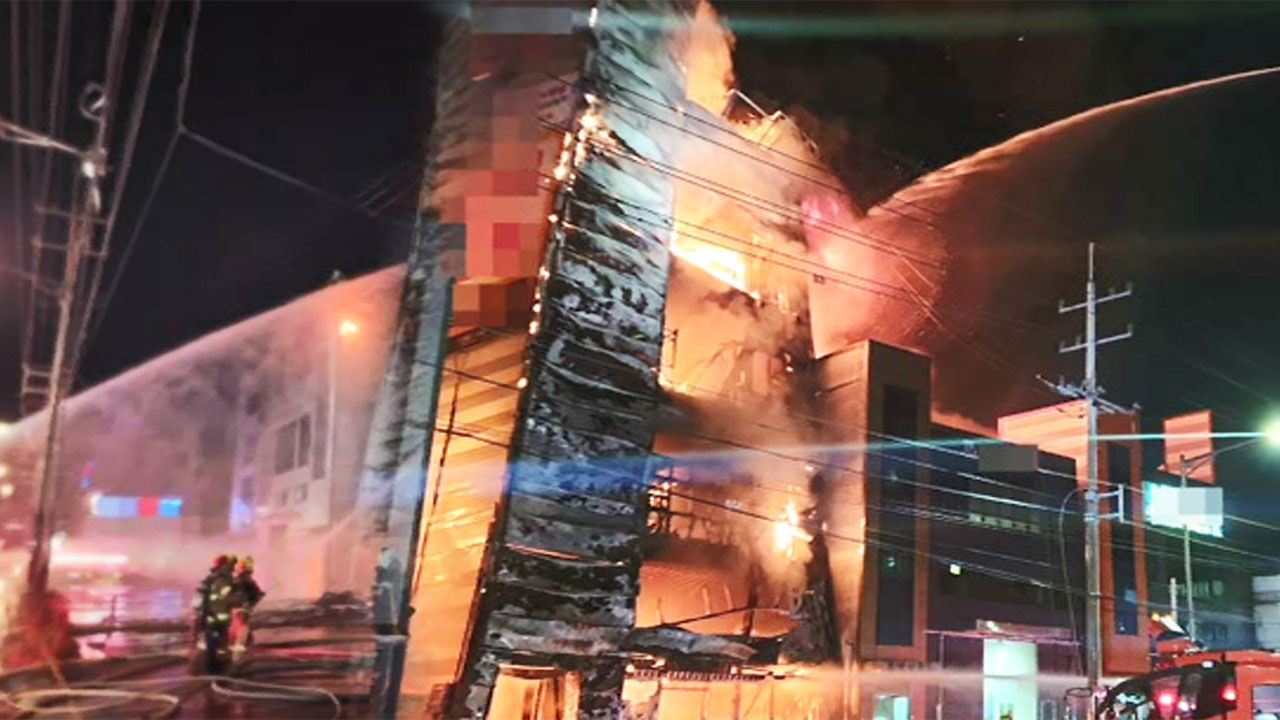 Yesterday (7th), following Daegu, there was a big fire at a factory in Incheon, and the flames spread to the surroundings.

In places where factories are gathered, the damage is bound to increase if there is a fire like this.

Flames soared through the windows of the factory, and the entire building was engulfed in flames in an instant.

A fire that broke out at a printing factory in Incheon last night quickly spread and burned nine more factories.

Even at dawn yesterday, a fire at a printing factory in the Seongseo Industrial Complex in Daegu spread to the surroundings, causing damage to seven companies.

I am at the scene of the fire where acrid smoke does not go away.

If you look behind me, there are a total of three buildings, and they are close together as if they were one building.

If you cross over to the other side, the buildings are so close that you cannot stretch out your arms.

Even from the sky, it is a densely packed structure where it is impossible to know where the fire started, and it is an environment where embers are easily transferred.

Sandwich panels, which are considered to be a factor in the spread of fire, are also found everywhere.

[Jinju Je/Former Professor, Department of Fire and Disaster Prevention, University of Seoul: Styrofoam is mainly used, so sandwich panels are a material that burns very quickly, just like gasoline.

Of course, (fire) is a structure that is easy to transfer.]

It is a reality that it cannot be forced on small businesses because it costs a lot of money.

, Woosuk University: It is desirable to provide incentives such as lowering fire insurance premiums or tax cuts for factories that have invested money in installing sprinklers.]

We decided to conduct an emergency safety inspection for industrial complexes.