Six of the most beautiful villages in the Spanish mountains

The fact that Spain is the second most mountainous country in Europe, together with the isolation that this geography has caused, has made possible a huge group of peoples, all of... 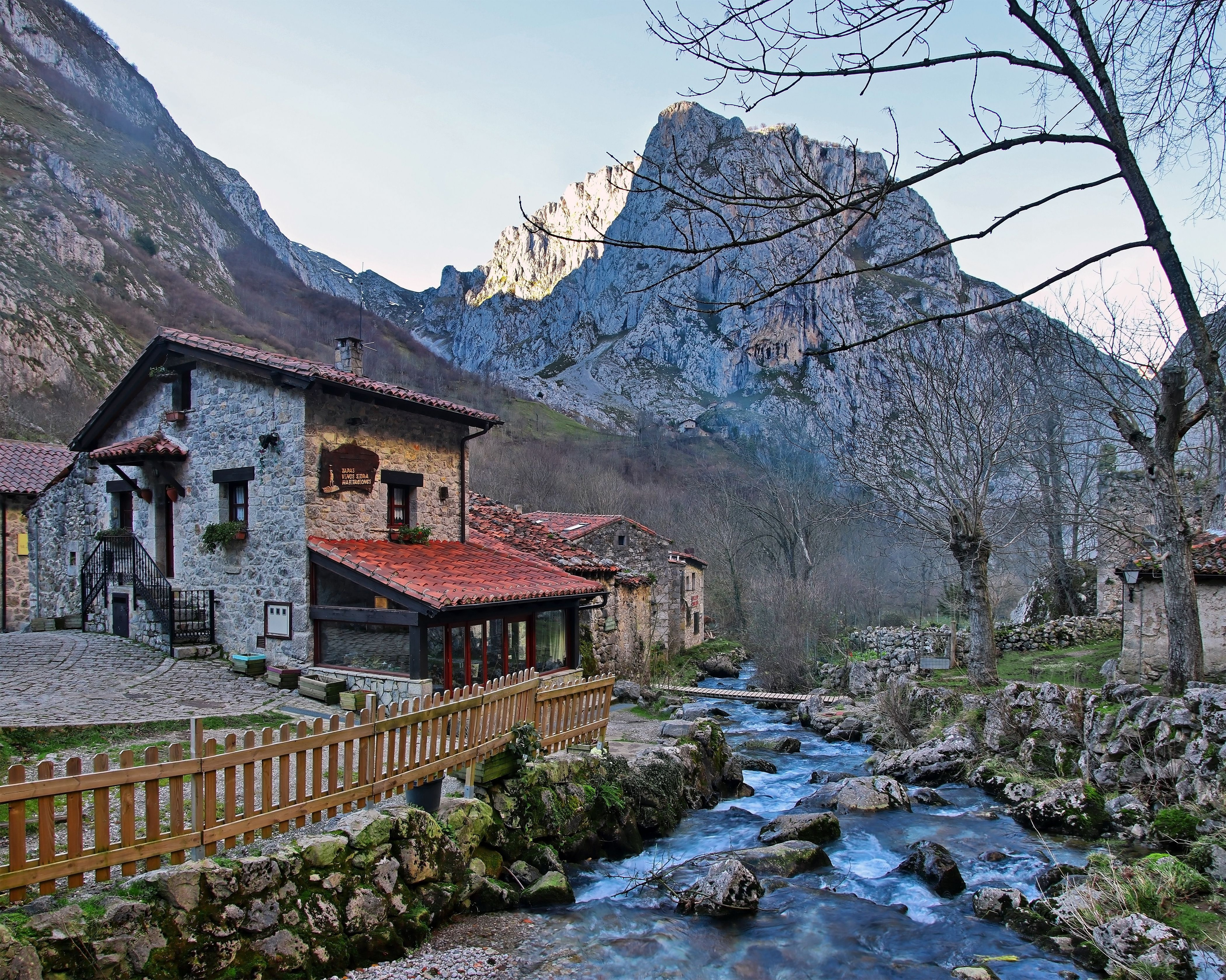 Spain is the second most mountainous country in Europe

, together with the isolation that this geography has caused, has made possible a

, all with marked architectural styles of their own.

Any selection that seeks the most beautiful is a difficult exercise.

We offer a bunch of them.

Until the beginning of the third millennium, Bulnes was a world apart.

it was the only town without communication by road in Asturias.

The half dozen residents of the town had no choice but to walk the eight kilometers of path through the steep Texu channel, which connects Bulnes with Poncebos.

Inaugurated in 2001 after bitter disputes between the Asturian government and conservationists,

a funicular was opened between that town and Bulnes.

In return there were environmental damages.

As a condition for its construction, it was stated that it would only be used by the neighbors.

Five towns in Madrid to escape to eat at the weekend

Five towns in Madrid to escape to eat at the weekend

, it is one of the most popular products in the Picos de Europa National Park

and, despite its exaggerated prices -22.16 euros for the 2.2-kilometre round trip- it has been used since then by more than one million people.

The tunnel ends at the entrance to Bulnes.

The funicular has erased the ruin caused by depopulation.

This village is like many other towns, in which bars, restaurants and accommodation have opened in summer overflowing with tourists.

In exchange for this rural gentrification,

the town has risen from its ruins and the farmhouse, stone walls, wood and Arab tile roofs, radiantly displays its traditional workmanship.

In the center of the only Pyrenean valley that the Pyrenees force to look towards France,

the sharp tower of Arties is a traffic light that indicates the need to stop in a town that preserves its secular features like few others.

Around the church of Santa María de Arties, a prime example of Aranese Romanesque, you should not miss the extraordinary wall paintings inside and the Gothic altarpiece.

Around the temple there are preserved medieval mansions such

An equally remarkable place is the view of the hamlet bordering the Garona River from the bridge that crosses it.

All year round is a good time to get to know this town, but in winter, the blanket of snow that covers the valley highlights its values ​​even more.

In the cold season the town is calmer

, although it is not about depopulation;

it is because neighbors and visitors are a few kilometers up the mountain.

The former as monitors and attending to the resort services, while the latter skiing in Baqueira Beret.

of specialties as brilliant as Arties himself.

In the foothills of the Central System, Candelario has preserved its medieval appearance just as the cold preserves its prized hams and cured meats.

The cobbled streets, crossed in their center by showers,

streams that served as evacuations for the remains of the massacres, these hung in the leftover vents of the top floor of the houses.

unique doors of the houses

that arouse the greatest curiosity among visitors.

A hallmark of the town,

, as they are called, are a set made up of half a door, which reaches up to half a height, located just in front of the doors of the houses.

His raison d'etre was to keep the front door open and the half door closed.

In this way, in time of slaughter, the necessary light entered the house

, but not dogs, chickens or other animals, which could steal the products.

Again the massacre in a mountain town.

They explain everything in the Museo de la Casa Chacinera.

In the farthest corner of northern Guadalajara, Majalrayo and the rest of the towns in its region are distinguished by their humble constructions, in

which the walls are an extension of the pavement of the alleys and these of the landscape that surrounds them.

The hamlet of these towns, with Majaelrayo at the head, offer a picturesque vision that places them among the most beautiful towns in the Spanish mountains.

Nestled at the foot of the legendary Ocejón peak

, the Manchego Cervino, this town has seen in recent decades how

its urban fabric, completely abandoned at the end of the 20th century, has been (and continues to be) lovingly restored.

Expression of the return to the rural world, in which restaurants and accommodation have flourished that, at least on weekends, long weekends and holidays, make the people turn their backs on the virus of emptied Spain.

On a rocky cliff

its two towers to the mountains of the Marina Baixa.

One, the bell tower of the church of Nuestra Señora de la Asunción, immaculate and simple, perched on the tip of a rock needle to be taller;

the other, resounding and haughty, finished off by a careful combing of battlements, is that of the castle of San José.

The rocky position of this town indicates its convulsive history full of wars between Moors and Christians.

, a narrow cleft opened in the rock, which is the

only entrance to Guadalest

On the other side, the farmhouse preserves a centuries-old medieval atmosphere that is barely disturbed by the souvenir shops and other businesses that live off tourism.

The Casa de los Orduña conserves 19th century furniture inside and is a place for temporary exhibitions.

The Plaza de San Gregorio offers the best views of the Guadalest reservoir and the Xortà, Bèrnia, and Aitana mountains.

Although it is the 12th century dungeons, located under the Town Hall, which enjoy the greatest prestige among visitors.

Capileira cannot be separated from the region where he lives, the Alpujarras of Granada.

Neither of the other 24 municipalities that make it up.

They don't need it,

the snows that paint their roofs and streets white in winter

Capileira is white all year.

Mirror of the immaculate heights of the Sierra Nevada

, the etymology of the name of the region, Alpujarra, certifies it: 'alba sierra' is its meaning in the Muslim language.

Halfway up the precipices of the Poqueira ravine, such terrain means that the windows are below the streets.

Between one and the other, the very personal

'terraos', flat roofs of stone, wood and launa, land of the region with semi-impermeable characteristics.

Simple and functional, the urban fabric is a labyrinth adapted to the mountain, steep slopes, twisting alleys, passageways under buildings and a universe of pots overflowing with flowers.

Above all this the unmistakable and chimneys

Cylindrical, they are topped by a slate slab

that, so that the wind does not carry it away, they have a huge conical stone on top.

Their appearance gives them a resemblance to witches' hats.

Perhaps for this reason, the neighbor Soportújar has earned the nickname of the town of witches, although this is another story.