In the Canadian boreal forest, a research station to explore the past, present and future

The Lac Duparquet Teaching and Research Forest (FERLD) research station in Abitibi-Témiscamingue is home to the International Cold Forest Research Laboratory, which studies… 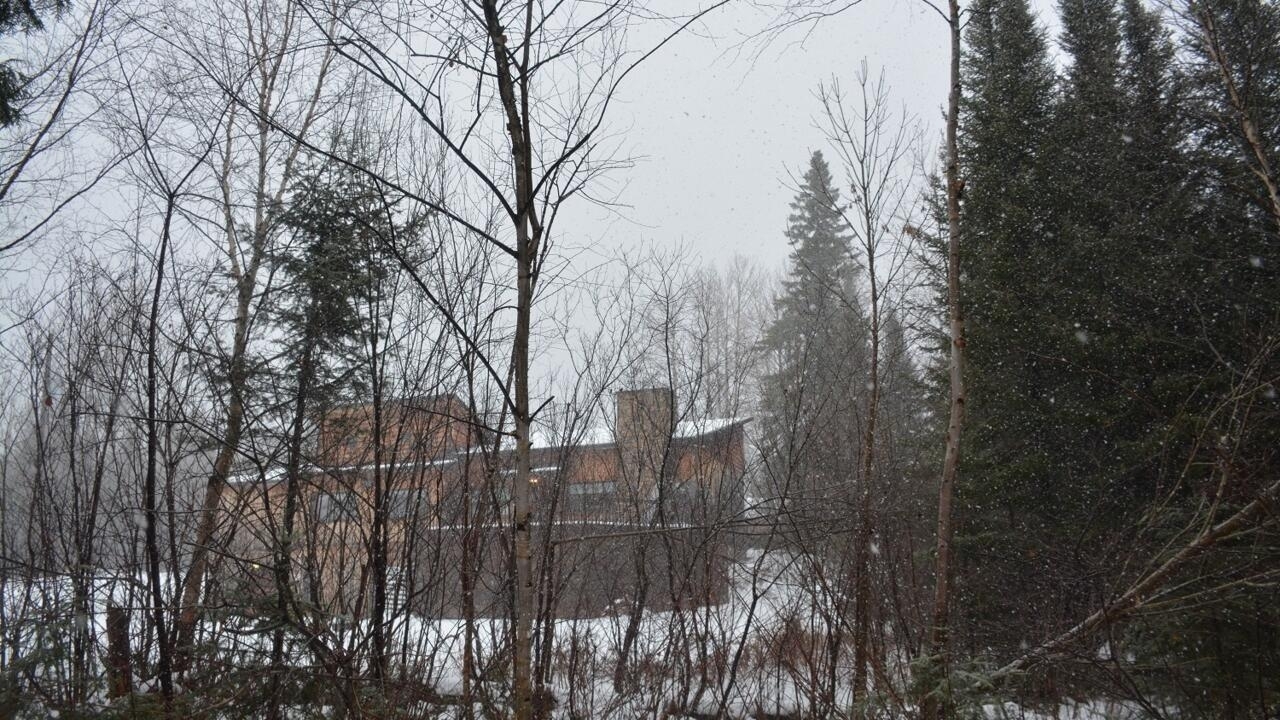 In the Canadian boreal forest, a research station to explore the past, present and future

An eight-hour drive north of Montreal, it hosts dozens of students who work on the past, present and future characteristics of the forest, to better understand ongoing climate change.

Do you need help?

Our rescuer, Yvan Poirier, manager of the FERLD research station, got out of his 4x4 to push our car.

Dorian Gaboriau, coordinator of the Laboratory on Cold Forests, which we are trying to join, had however warned us that the ice was going to be part of it.

At the beginning of December, the negative temperatures of the Quebec region of Abitibi-Témiscamingue, associated with rains, transformed the path leading to the resort into a skating rink.

Our little car finally parked on the side, Yvan's 4×4 with studded tires takes over.

After five minutes on the icy road, the five buildings of the station are revealed between the conifers.

A figure wrapped in his coat waves to us in the parking lot.

After quick introductions, Dorian Gaboriau takes us to the Desjardins pavilion, the only accommodation open in winter.

Only Yvan lives here all year round.

of teachers and students

Me, I alternate: about a month here for my field and laboratory research, then a month in Montreal to write

”, specifies the young coordinator by removing his hat.

Snow crashes on the window.

The trees, including the old cedar just in front of the chalet, are already covered in powder.

The boreal forest represents a third of the world's forests and includes all the forests that encircle the polar zone, such as those of Canada, Alaska, the Nordic countries, Russia and China, with particularities specific to each region. .

Here, we are in a mixed boreal forest: we are in the fir-white birch domain, between the fir-yellow birch domain to the south and the black spruce-moss forest to the north

In Canada, the functions of the boreal forest are multiple, both culturally and ecologically.

And then the boreal forest has economic functions and a role in relation to climate change, in terms of carbon sinks, but also for biodiversity, with the preservation of species

An economic function, too.

In Abitibi-Témiscamingue, the forest industry can exploit nearly 51,000 km² of forests, or 88% of the territory, according to the regional environmental council.

The industry's 'paths' - comprising roads between two and ten meters wide - meander for more than 63,000 km and carve up wildlife habitats.

This is also one of the many interests of the FERLD station.

Thanks to the results of their research, the scientists exchange regularly with companies and local and governmental institutions to teach them more virtuous forestry practices.

In the buildings of the research station, surrounded by traces of lynx and beavers, isolated in the forest, the issues of the excesses of logging, just like those of the COP15 on biodiversity to be held in Montreal in a few days , seem a long way off.

But the isolation of the site is only apparent: the research station, inaugurated in 2005, is open to the world.

The International Cold Forest Research Laboratory is a Franco-Quebec initiative between the universities of Montpellier, Franche-Comté and Abitibi-Témiscamingue.

Thirty to forty Quebec and international students take turns all summer to carry out their research, taking advantage of an 8,000-hectare teaching forest.

Dorian himself benefited from this: he completed his thesis in paleoecology on forest fires between France and Quebec.

The interest of joint supervision is that you spend half of your thesis in one of the universities, the other half in the other university, so you benefit from both the skills, the know-how from each laboratory.

Scientists from France, Quebec and elsewhere, including some members of the International Cold Forest Research Laboratory, regularly conduct their analyzes on the site and supervise the students.

Marion Blache, a doctoral student in paleoecology, arrived last January in Rouyn-Noranda, a mining town of more than 40,000 inhabitants, located a 45-minute drive from the research station.

She was able to live for several months in the laboratory with a dozen other students during the summer.

We are very united with each other.

We discuss our research, it allows us to open up, not to limit ourselves to our subjects, and sometimes

we help each other out for samples

From the past to the future forest

The research station has a pole in dendrochronology and another in paleoecology.

Behind these barbaric names hides a simple concept: going back in time.

Dendrochronology is the study of the growth rings of trees, to reflect the life of its tree and the natural factors that affected its growth.

We can go back up to a thousand years of history, because we have here, to our knowledge, the oldest trees in Quebec, cedars or western thuya

But he is more specialized in paleoecology.

We change the time scale.

From an analysis close to the season, but limited to a scale of a millennium thanks to tree rings, we can trace the existence of a great fire until the last glaciation,

Sediment cores are taken from surrounding clay lakes and then studied in laboratories to reveal the past life of the boreal forest.

library of information on the past dynamics

of ecosystems and their disturbances

In addition to purely historical interest, paleoecology and dendrochronology make it possible to better anticipate the future.

The direct human impacts on the boreal forest are known: deforestation, loss of biodiversity.

But what will happen to the forest when the greatest human impact, climate change, is at its strongest?

Climate change is already having effects on boreal ecosystems, for sure, whether it's on the growth of trees, changes in structure, composition and the modification of the regime of natural disturbances, such as fires, insect epidemics, or anthropogenic disturbances.

The study of the Holocene, the geological period that extends from the last glaciation to our time, could provide some answers.

During the middle Holocene, temperatures were higher than today.

Some species were present, others not in the territory.

The problem is that current climate change will be very rapid, much faster than during the Holocene.

The species will probably not have time to migrate, and we must therefore try to anticipate as quickly as possible and find ways to try to adapt the forests

Despite the snow, Dorian accompanies us for a walk on the osprey trail, which runs along the lake.

Dorian remembers that at the beginning of his research, what struck him the most was the evolutionary nature of the boreal forest: "

We often see cold forests as static forests, far from the image have equatorial forests, like the Amazon.

However, these are ultra-complex ecosystems in constant evolution, with species and fire regimes varying according to the regions of Quebec, Canada and the circumboreal zone.

Today, in the face of global warming, the boreal forest is changing, but not fast enough to adapt to rapid climate change.

Its consequences are already being felt in northwestern Canada, and biodiversity is suffering.

A reminder that the future of biodiversity and climate are more closely linked than ever, as COP15 on biodiversity opens in Montreal, a few weeks after COP27 on climate in Egypt.