[Exclusive] "Save people!"... Drunk U.S. soldiers 'knock the driver' instead of taxi fare

A drunken USFK soldier beat a taxi driver indiscriminately and ran away. The assault scene at the time was intact in the taxi black box. This is the exclusive report of reporter Park Chan-beom. 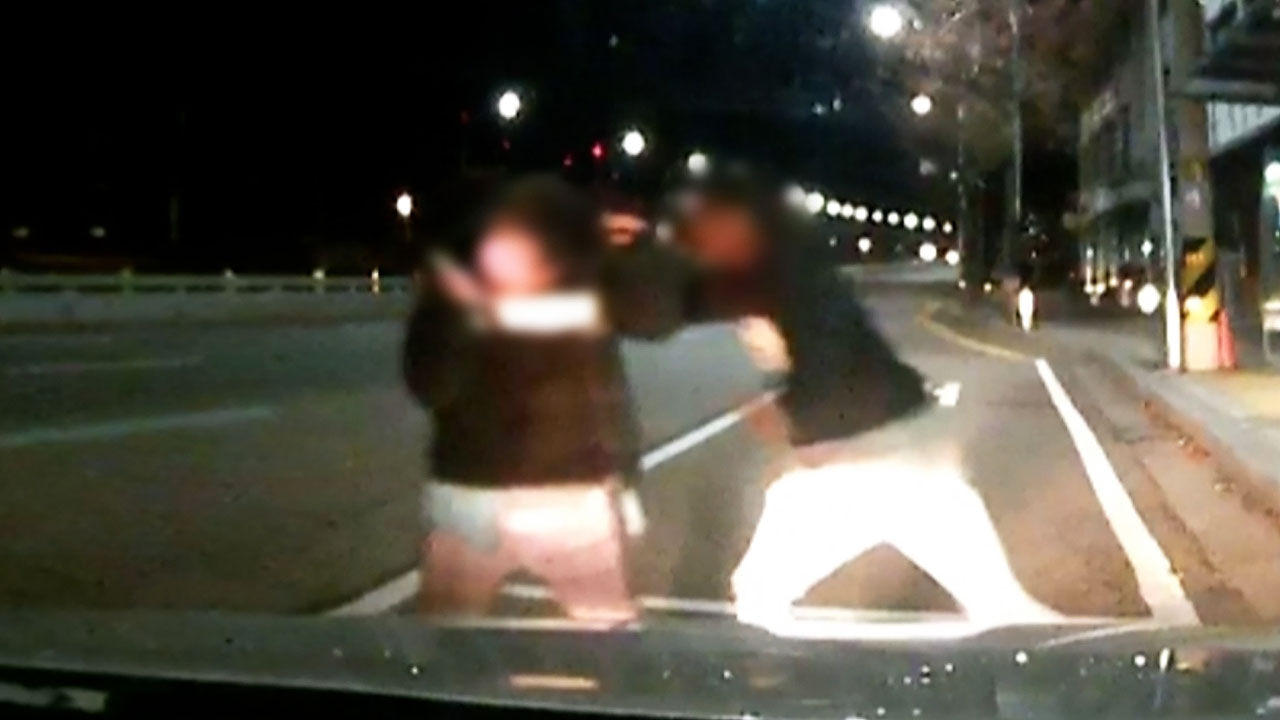 A drunken USFK soldier beat a taxi driver indiscriminately and ran away.

The assault scene at the time was intact in the taxi black box.

This is the exclusive report of reporter Park Chan-beom.

At dawn on the 27th of last month, a foreign man with a bottle of beer in his hand stops a taxi.

He begs his drunken friend to give him a ride to the US Army base in Seongnam.

This is the K-16 Unit in Seongnam City.]

A 58-year-old taxi driver, Mo Kim, picked up male A and departed from Itaewon.

But I kept suddenly opening the back seat door while driving,

[Mr. Kim/Taxi driver: Excuse me, please close the back door.

We arrived at our destination after twists and turns of stopping the taxi 4 times.

However, I couldn't pay the taxi fare with my credit card.

Eventually, I went to a nearby convenience store ATM together, but Mr. A suddenly punched the taxi driver.

Before reporting to the police, he hit Mr. Kim on the face about 10 times.

[Mr. Kim / Taxi driver: I thought I shouldn't get hit in the face, so I covered my face with both arms, but I intensively hit my head too hard, regardless of the front and back of my head...

Mr. A left his wallet and mobile phone with his identification card in the back seat of his taxi and fled in the direction of the US military base across the street.

When the police dispatched to the scene checked his ID, Mr. A was a soldier belonging to the USFK unit at Seongnam Airfield.

Even now, I feel dizzy and my head hurts so much that it is very difficult to do my daily life.]

Mr. Kim has not been able to drive a taxi for a week, and I am at a loss as to whether he will be able to get the cost of treatment from the US soldiers as well as the taxi fare he has not received.

The police investigation into Mr. A has to be conducted in consultation with the US military, so there is no progress yet.

[Mr. Kim / Taxi driver: I feel a little sick, but going to the hospital and being hospitalized is a bit difficult, so I only take medicine at home and suffer like this.

police revealed that they are coordinating with the US military the date of the summons and investigation of Mr. A, who was charged with assault.