The message that makes you fear for Elena Huelva: "I have already won"

Elena Huelva, influencer and author of Mis ganas ganan. Nobody has promised us a tomorrow, live in the present, he has left his followers very worried with his last message. After... 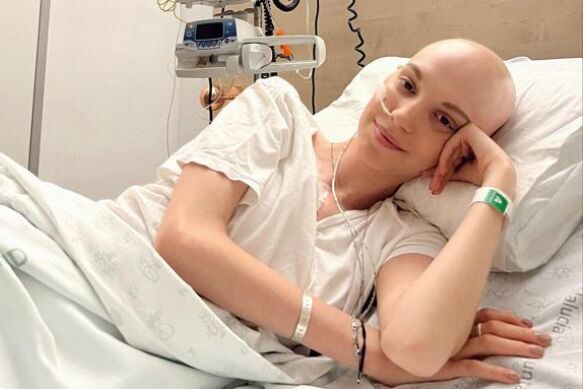 , influencer and author of

Nobody has promised us a tomorrow, live in the present

, he has left his followers very worried with his last message.

After being admitted to a hospital while she fights

, which she was diagnosed with in 2016, she has recounted that "things are not going well."

To which she has accompanied with the message: "I have already won"

According to the 20-year-old, they have "found more disease in her

", which is a severe setback for the girl, who has become a symbol of resilience, struggle and an example of positivity in difficult situations. .

"It is very dangerous, as you know, it is where we breathe. It is not necessary for me to say much more," he recounted in a video uploaded to

"No matter what happens, I know that my life has not been in vain because I have fought and I have achieved what I want, to make it visible. I want you to always remember the phrase 'The desire wins', for everything, that it is not necessary to win to know that we have already won. In

the end, life is about living

and taking the memories you have with people, and I take many good memories with wonderful people and many other things, "he said almost through tears.

And what for many has sounded like a farewell is the end of the video, in which Elena says goodbye to her followers.

"I wanted to thank you for all the love you have always given me, we will continue to see each other, I love you."

A phrase that has sounded like a farewell to many,

After going to several specialists, the truth was revealed to her: she had Ewing's sarcoma with metastasis in the lungs.