This time, regardless of the cold, let's go to the site where we are preparing for street cheering. It's very cold, so if you're going out, be sure to dress warmly. 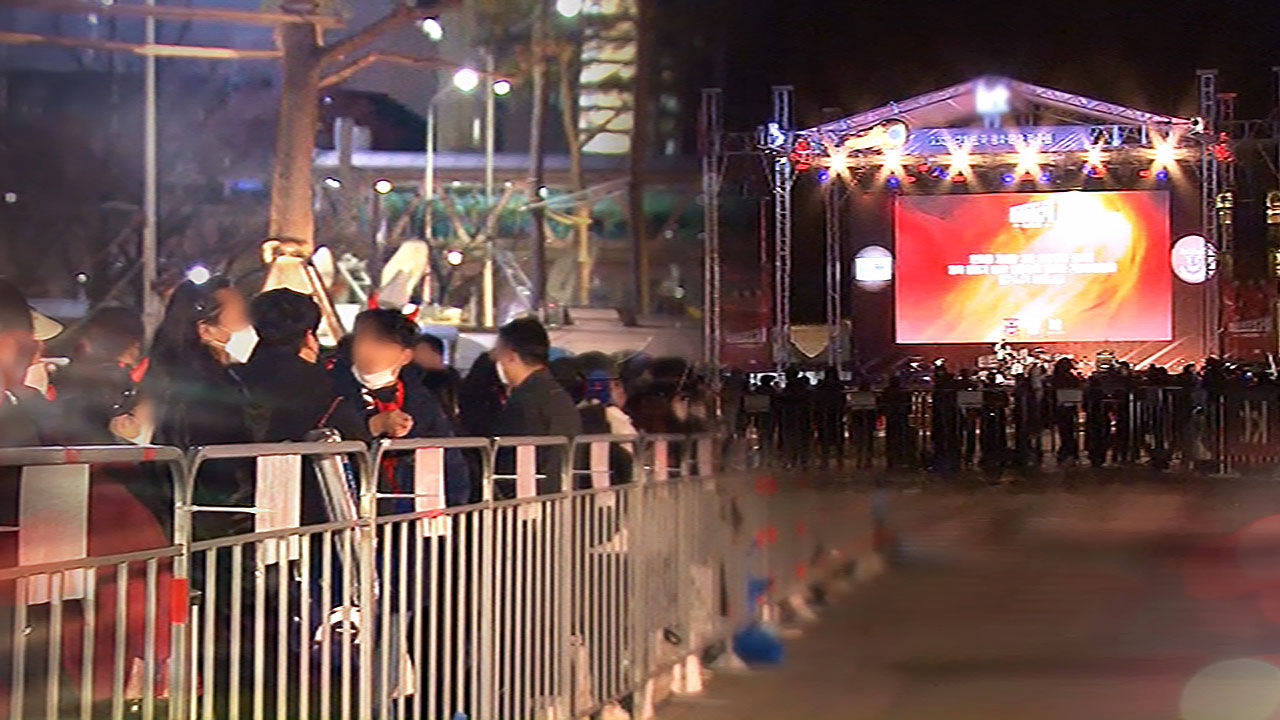 This time, regardless of the cold, let's go to the site where we are preparing for street cheering.

It's very cold, so if you're going out, be sure to dress warmly.

I will go to Gwanghwamun Square.

Reporter Park Ye-rin, It's a game at 12:00 pm in December, but there are already a lot of people gathered.

Yes, more and more citizens are gathering to pray for the victory of the soccer team, wearing thick clothes even in the cold weather.

A cheering match is being held at five locations, including here at Gwanghwamun Square, to pledge victory against Portugal, the final preliminary match.

Citizens remember the match against Portugal in 2002 and hope for a victory like that time and advance to the round of 16.

[Cho Hye-jin: I watched the 2002 World Cup while cheering a lot.

So, I hope the children can feel the same feelings we felt back then, so we came together.] [Nam

-yoon: I hope Korea beats Portugal and advances to the round of 16.

] 1) I heard that it snows in some areas at night.

Yes, at 0:00 a.m., the time of the game, snow forecasts are in place for the central region including the metropolitan area.

The police deployed 850 personnel, including 11 riot police units, in preparation for the crowd.

As the game ends around 2 am tomorrow, the last train of subway lines 2, 3 and 5 will be extended until 3 am.

In addition, the night bus, the Owl Bus, is intensively dispatched to the Gwanghwamun area from 2 to 3 am.