The outside temperature marked six degrees, but inside the Palacio de Cristal de Arganzuela the heat of the stoves was felt, where on Monday night METRÓPOLI delivered its... 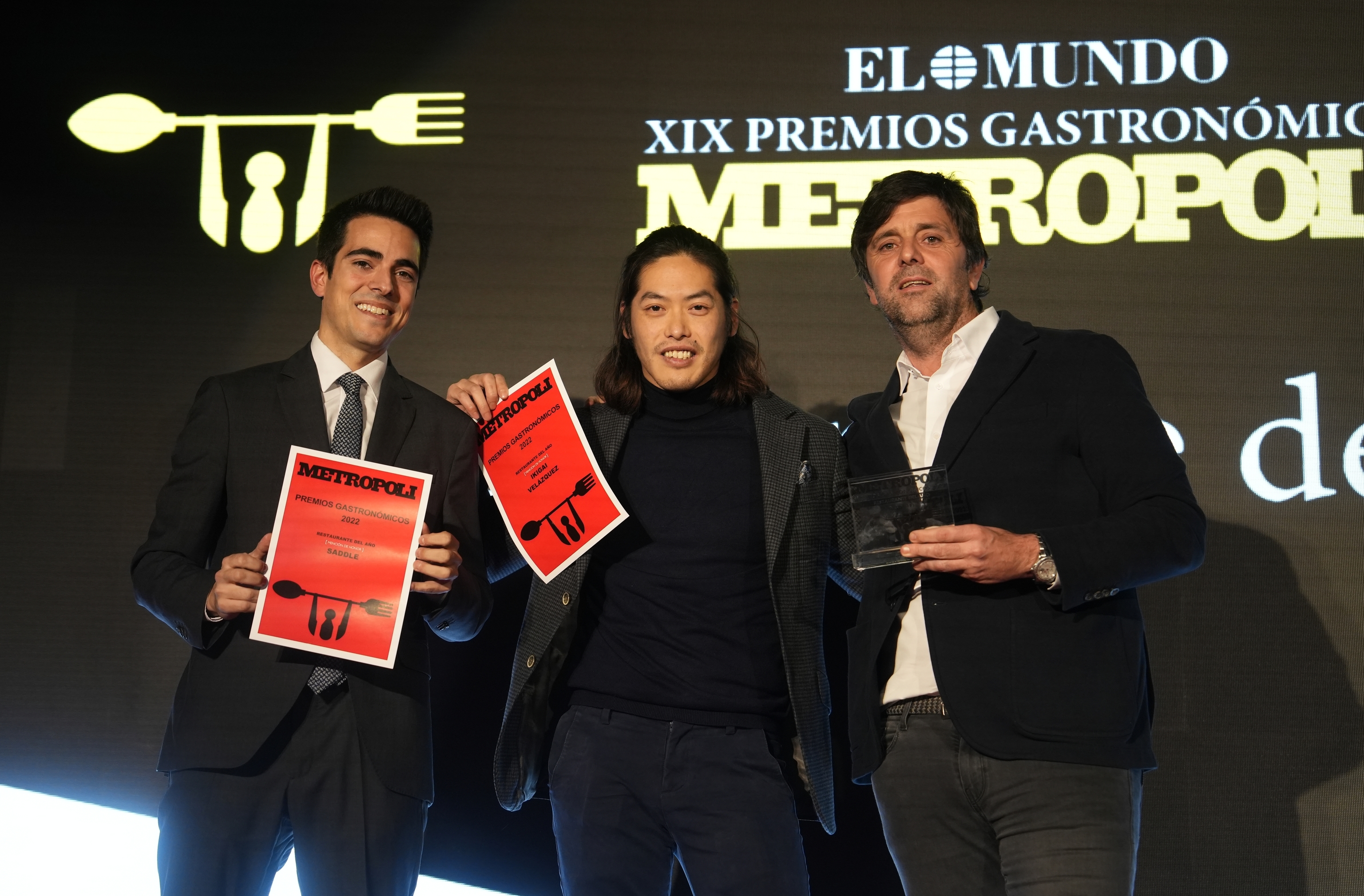 The outside temperature marked six degrees, but inside the Palacio de Cristal de Arganzuela

the heat of the stove was

A gala -presented by Begoña Tormo, an all-terrain journalist- conceived with the idea of ​​"sharing and celebrating. If we look at 2021, today Madrid seems like a different city, with more and more openings.

We are delighted to witness that boiling and grateful that you have opened the doors of your restaurants, wineries, shops...

Because in the end, we tell and reward stories. It is about giving a name and surname to the work you do", explained Amaya García, editor-in-chief of METRÓPOLI, the leisure and gastronomy guide of EL MUNDO.

We start with Desde 1911, the Restaurant of the Year

, which is just that, a year old, although behind it is the historic Pescaderías Coruñesas hotel group.

The awards were given by

Eva Sánchez Hernández, owner and director of Management and Communication at Fisan.

, the most personal project of Hugo Muñoz, a well-traveled chef who has worked over a thousand stoves.

They were accompanied with mention:

where everything revolves around first-class meat and Argentine grilling, and

the small tavern in which pickles are king

We continue with more

, in this case with the

and the Franco-Andalusian fusion cuisine that officiates at

The Restaurant of the Year went to Since 1911 (right);

, in charge of the Saddle winery and its more than 1,600 references.

He was escorted with mention by

The awards were presented by

ticket of less than 40 euros

, whose prizes were given by

, inspired by the European bars of the early 20th century, was voted

They accompanied him with mentions of

and his commitment to recovering the spirit of traditional local bars, and

, a temple of natural labels located in the San Fernando market.

(in Vallehermoso), a benchmark for Canarian products in Madrid, emerged as the winner.

, a gourmet shop in the Chamberí market with tradition in the capital, and

, a butcher shop in the Chamartín market with more than 40 years of history.

In the foreground and to the right: Hugo Muñoz, chef and owner of Ugo Chan, the Revelation Restaurant of 2022.

Coque, the Most Sustainable Restaurant of this edition

, is a family with a tradition in Madrid gastronomy, the Sandovals.

, a dining room in the Ponzano area,

The awards were handed over by Pandora Peñamil, director of the Evooleum Guide.

Horcher was chosen as the Restaurant with

a true history of the capital with the fourth generation of the same family at the helm, an award presented by

One of our classic categories is

the Best Gourmet Shop that Coalla Madrid won this year.

He was accompanied with an honorable mention by

, a gourmet boutique in the Salamanca district, and

, one of the capital's star workshops.

The three received the awards from

restaurant , with a unique interior design and an impressive vault that opens onto the Madrid sky, was awarded the

, who starred in a double with the mention for Restaurant of the Year, and

He presented the prizes

We spoke at the beginning of the boiling of gastronomy and, if any concept has shaken the panorama, that has been

delivery, which is here to stay and with which we launched the category

, whose awards were given by

, the home format with which Dabiz Muñoz triumphs, won the highest distinction.

, from Familia La Ancha, and

, who since 2007 has officiated in Madrid with a very personal traditional cuisine, based on the product and with current techniques.

Ron, who received the award from

, thanked the recognition with a forceful

"never ate better in this country than now".

. I am also proud that my first speech at the awards coincides with the award to Paco Ron, one of the protagonists of the revolution in Spanish cuisine and particularly in Asturias".