According to the police and the Ministry of Land, Infrastructure and Transport, at around 7:13 am today, an object believed to be an iron ball flew into the windshield of a truck that was operating near Busan New Port, and the windshield of the truck was broken. 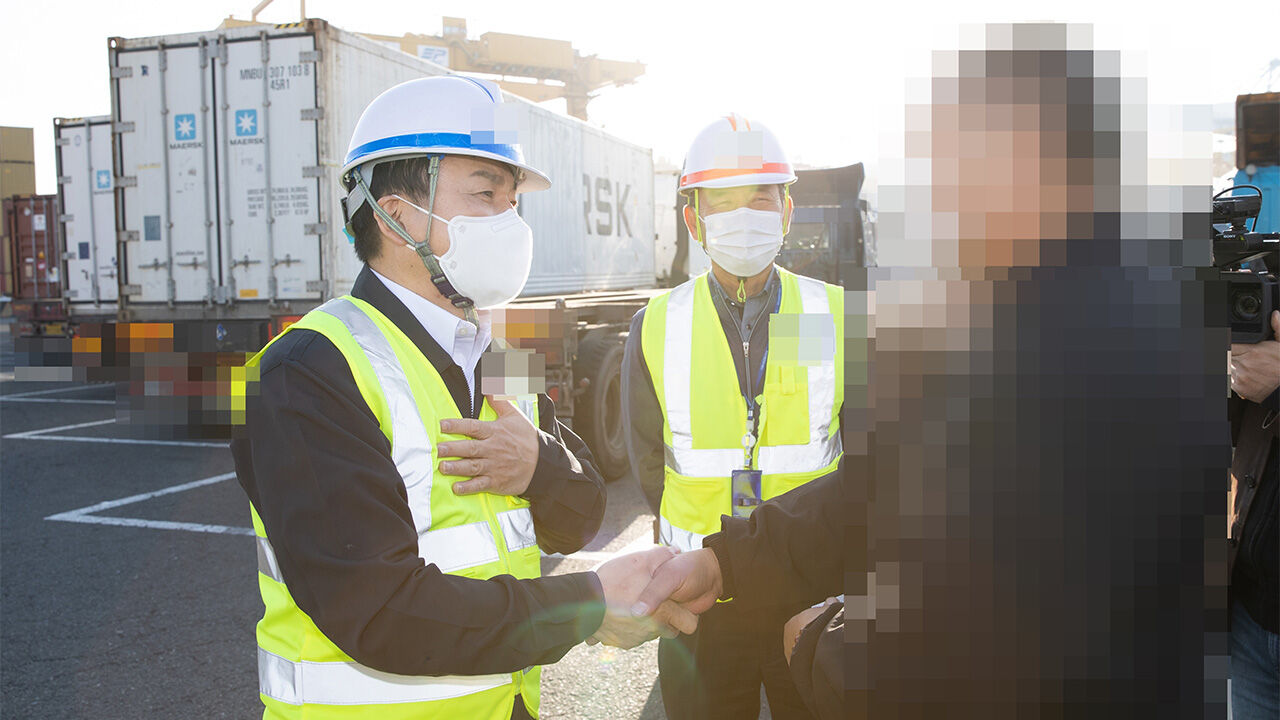 On the 25th, the third day of the cargo union strike, an object believed to be a steel ball flew into a freight car in normal operation at Busan New Port, damaging the vehicle and injuring the driver.

According to the police and the Ministry of Land, Infrastructure and Transport, at around 7:13 am today (26th), an object believed to be an iron bead flew into the windshield of a truck that was operating near New Port in Busan, and the windshield of the truck was broken, causing fragments to fly around the neck of driver A in his 40s. has been scratched.

Fortunately, Mr. A was not seriously injured and was not taken to the hospital.

Another truck that followed also had its windshield damaged by an object presumed to be a steel ball.

The police believe that the strikers are trying to disrupt the operation of trucks in normal operation, and are investigating by securing black boxes and closed circuit (CC) TV images.

The police believe that the cargo union, which continued its law-abiding struggle without much friction until the second day of the strike, used physical force against non-strike participants yesterday when the government continued to apply pressure while reviewing the issuance of an order to start business.

The Busan police operate a quick response team for trucks in normal operation during the strike to escort vehicles when they are expected to be disrupted by strikers.

Minister of Land, Transport and Maritime Affairs Won Hee-ryong, who has been inspecting the strike situation at Busan New Port since the evening of the first day of the strike, received a report from the scene and said, "It is very regrettable that illegal acts of violence have occurred against truck owners who are normally participating in transportation." “We need to actively secure the safety of truck drivers on the road,” he said.

He continued, "Please conduct a thorough investigation to find the wrongdoer and punish it severely." "The government compensates for damage and damage to the vehicle caused by illegal interference with normal transport vehicles, so the damage to the owner of the truck can be restored. We need to take action immediately,” he added.