Non-regular workers in charge of school lunches and care work went on a general strike today. Reporter Jeong Da-eun will tell you what they are asking for and whether there were any disruptions at school due to today's strike. 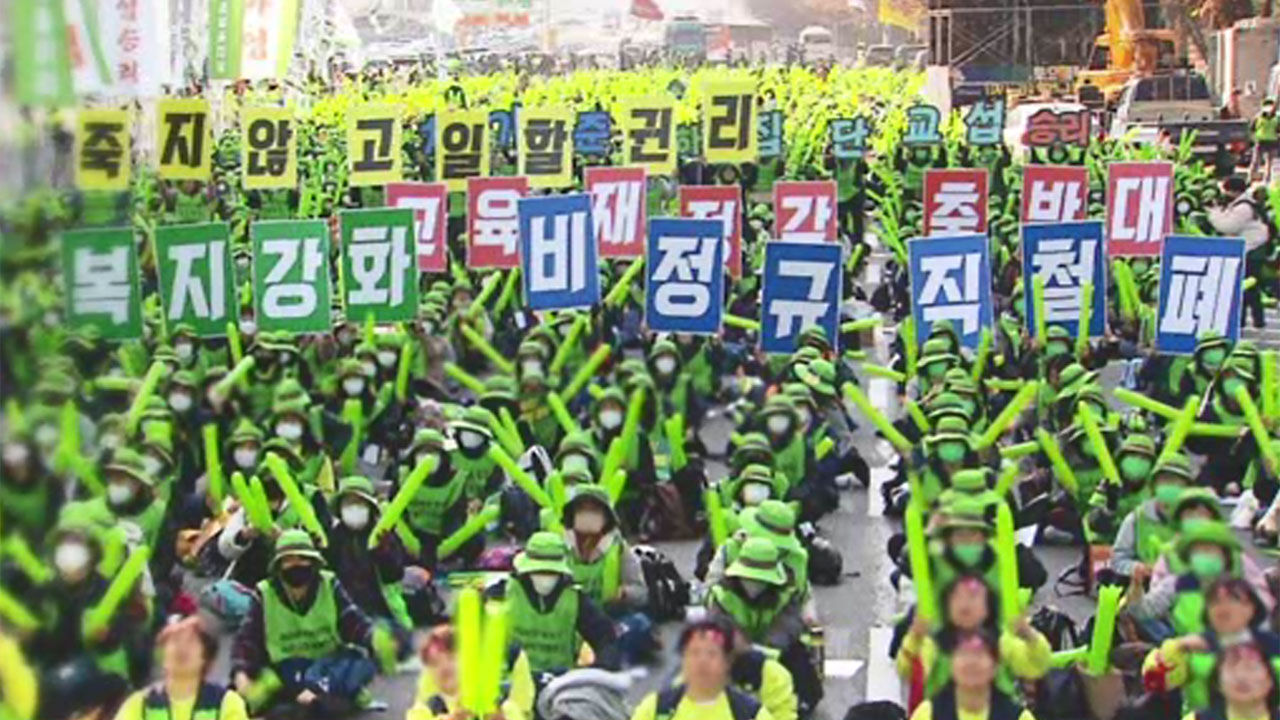 Today (the 25th), non-regular workers in charge of school lunches and care work went on a one-day general strike.

Reporter Jeong Da-eun will tell you what they are asking for and whether there were any disruptions at school due to today's strike.

Lunchtime at a middle school in Seoul.

Instead of rice and side dishes, sandwiches and juice were placed on the plate.

Convenience food was provided as non-regular school workers, such as cafeteria cooks, participated in a general strike.

Some schools have announced the suspension of meals altogether, and have moved the dismissal time forward by about an hour.

The Ministry of Education said that 21,000 people, or 12.7% of education officials nationwide, took part in the strike, and that 3,100 schools nationwide and 1 out of 4 schools had disruptions to school meals.

The strikers criticized the education authorities for proposing a wage increase of 1% at a time when the inflation rate exceeded 5%.

In addition, they urged improvement measures, saying that workers are suffering from lung diseases due to lack of ventilation facilities in the cafeteria.

[Lee Yun-hee/Director of the National Office of Education: After the first lung cancer accident in 2018, 5 colleagues passed away, and numerous colleagues are struggling with lung disease due to lung cancer.]

As a result of the health checkup being conducted for food service workers for the first time this year, about 1,600 people have received abnormal findings from lung diseases such as suspected lung cancer in six education offices.

[Seo Geum-ae/Former cooking staff (recognized as an industrial accident due to lung cancer): After frying pancakes, this plate turns black.

Then I have to wipe this clean white.

If you wipe it with chemicals, this smoke comes out like a mist.

Then I will drink it all.

My mind is hazy.] The

National School Irregular Workers Association announced that it would go on a general strike again next semester if wage increases and work environment improvements are not made.