Last night, the Mugunghwa train derailed near Yeongdeungpo Station in Seoul. 34 passengers were injured and other trains were delayed. Reported by Park Chan-beom. 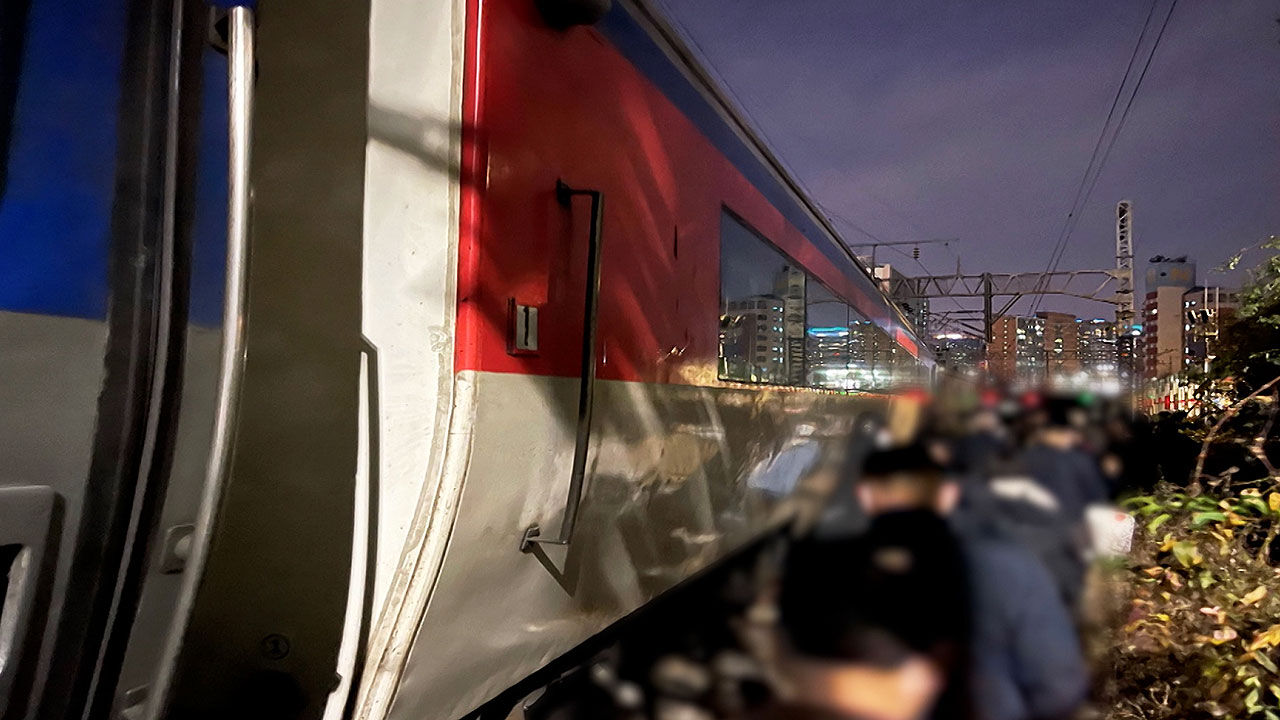 34 passengers were injured and other trains were delayed.

Passengers who exit the train cabin with the lights off, walk on the track and head to the station.

The exterior of the train was badly damaged, and the track facilities were also on the verge of falling over.

At around 8:50 yesterday evening, the Mugunghwa train carrying 270 passengers derailed near Yeongdeungpo Station in Seoul.

[Passenger: The train heading to Yeongdeungpo Station was derailed.] The

accident train left Seoul Yongsan Station at 8:15 pm and was on its way to Iksan Station, Jeollabuk-do.

Fire and rescue teams dispatched immediately after the accident opened the train door from the outside and evacuated, but passengers had to walk to Yeongdeungpo Station.

[Station clerk: I'm going over there!

34 people were injured in the train derailment, and 21 of them were taken to hospital.

[Firefighter: If you feel uncomfortable!

Please raise your hand once.]

Thirteen people who were not seriously injured were treated at the scene and returned home.

The train has been running for a while.

There was also smoke inside the train.

I was so surprised.]

As the accident track was controlled, other trains such as KTX were delayed one after another.

The Seoul subway service was also temporarily suspended at the time of the accident, but the service resumed after about 40 minutes, causing inconvenience to passengers on their way home from work.