Alicia Borrachero: "I have venerated Pérez-Reverte for years"

Hidden businesses, deaths surrounded by strange circumstances, suspects with a lot of power and Seville as a backdrop. With these elements, Arturo Pérez-Reverte achieved a... 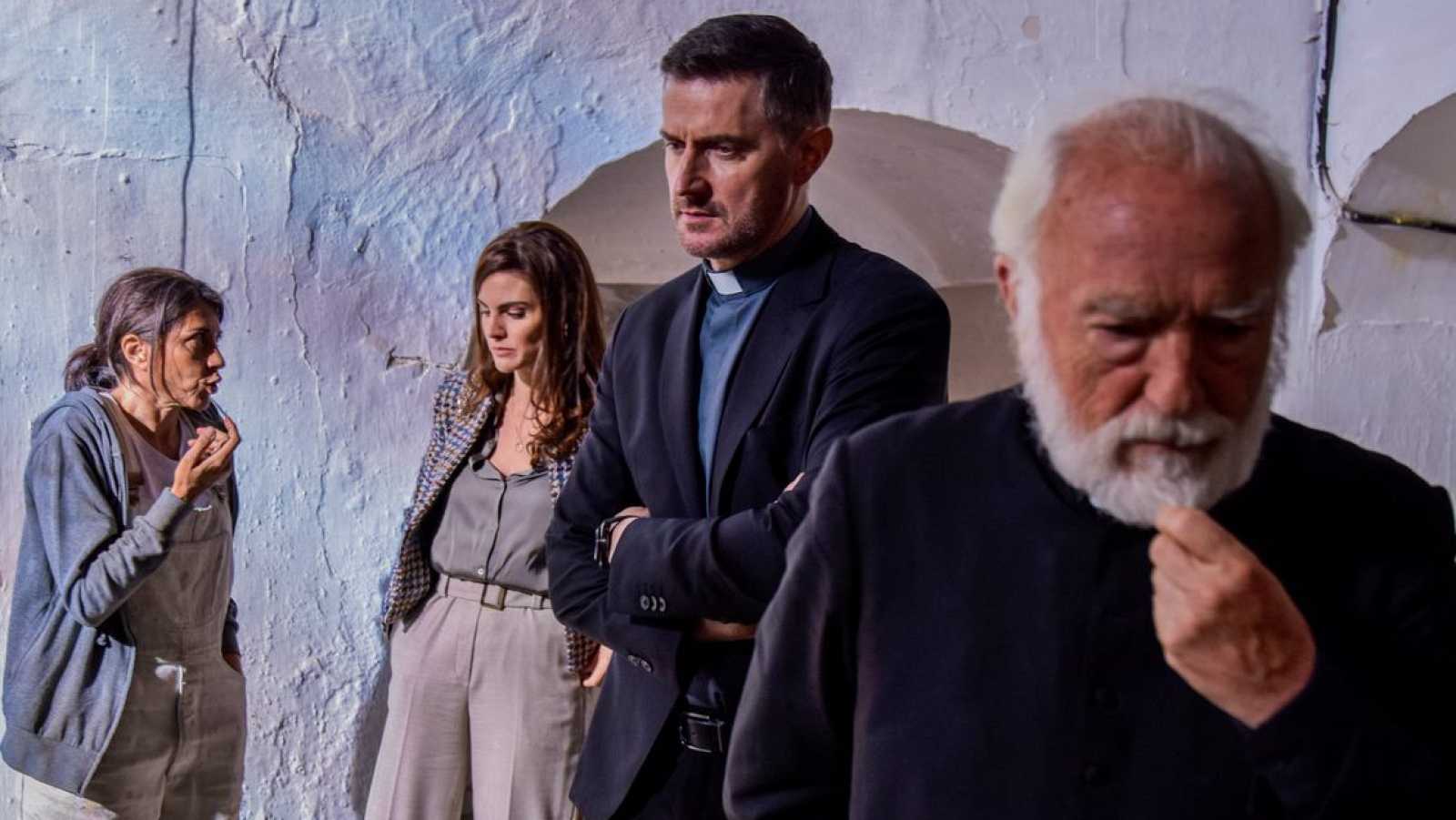 , deaths surrounded by strange circumstances, suspects with a lot of power and

Seville as a backdrop

With these elements, Arturo Pérez-Reverte achieved publishing success with his book

Now the film that adapts that novel arrives in theaters, with Richard Armitage, Amaia Salamanca, Rodolfo Sancho and Alicia Borrachero

in the shoes of the protagonists of an addictive thriller.

"I love the mystery that the story gives off.

That effect that the novel produced at the time is also present in the film now," says Alicia Borrachero.

This actress, known for series such as

, a key character in unraveling the great mystery that dominates the plot.

The character of this nun has allowed me to speak English without having to change my American accent for the first time in my career."

Thanks to this ability to express herself perfectly in English (she is the daughter of an American mother), Alicia Borrachero has been claimed for blockbusters such as

The Chronicles of Narnia: Prince Caspian

Before, they asked me to lower my accent and play a Latina in English, but in

I have been able to express myself without having to vary anything."

"In Seville, the goblin is in the air".

With this phrase, the Madrid interpreter expresses her gratitude to a city that, together with Carmona, has hosted the filming of an ambitious thriller, which has been praised by Arturo Pérez-Reverte, creator of the novel, and has allowed This actress enjoy a very special city.

Seville has always attracted me because it seems to me a city for anything.

Its people and its vitality are reflected in a production that invites the viewer to let go, to be part of the investigation", he explains.

A PLOT FULL OF ENIGMAS

In the plot of this film, political, police and ecclesiastical leaders, with an appearance by the Pope himself (played by Franco Nero), revolve around the management of a Sevillian church and the possible benefits they could obtain from its demolition.

"I have venerated Pérez-Reverte for years"

an entertaining film that offers the viewer a journey

Image from the series 'Crematorium'.

having participated in such beloved series as

"Now we can enjoy many series and many formats that were not usual before. In the case of

, I remember that it was something that we all wanted to do.

Something original that was a commitment to quality. I thank everyone who was involved in that project that they put all their professionalism at the service of

a story that turned out to be different"

THE MADRID OF... ALICIA DRINK

"For me, coming in here means feeling as comfortable as if I were in my own home. It is

a place with a lot of history, where everything from Ava Gadner to

lifelong bullfighters has passed. It is the perfect place to go with friends, to enjoy a good after-meal conversation and delight in

dishes that could well have been cooked by your own mother.

A place from another era that I hope will never end"

"It is, in addition to my friend Sacha Hormaechea's restaurant, a hilarious and versatile guy,

the place you want to go when you have to celebrate something special.

"Here I have performed

, two plays that have marked me a lot.

such as Matadero Madrid"

Ships of the Spanish Theater in Matadero Madrid

"I know I don't discover anything, but from this corner

I'm left with the pleasure of being able to sit down, read a book and enjoy.

A place to go and get lost"

Joaquín Sorolla was an enormous painter

whose works have moved me for a long time. But,

since I discovered this museum located in what used to be his home in Madrid, I can't stop admiring myself even more.

When my son was little I started taking him here . Just as I often do when family or friends come. His garden seems like a secret corner in the city where you can sit for a while and read a book in a moment of pause"

. They have helped me a lot to look for titles that I wanted to find at a given moment. They usually organize a lot of activities"

"For personal reasons that have to do with my family,

I have always been amazed by the carillon that is located on the facade of the Plus Ultra headquarters building.

For this reason, my favorite image would be one that includes that space, with the Hotel Palace , the Plaza de Neptuno and the Jerónimos in the background"

Neighborhood of the letters.

"It is a very special place in Madrid for many reasons. I could talk about its history or about the emblematic characters that have lived there. But also about

all those corners that you can walk around and see

, such as Plaza de Santa Ana, the Spanish Theater or the Mariano Tavern"

"This clothing store is one of my favorites in the city.

Different, with well-chosen and quality products