Drug letters from the United States found in piles of mail... Who is the real recipient?

Recently, as LSD, classified as a new drug, was delivered to a family in Jeju City by international mail, suspicions are growing about who sent the mail to someone else's address and why and who the actual recipient is. 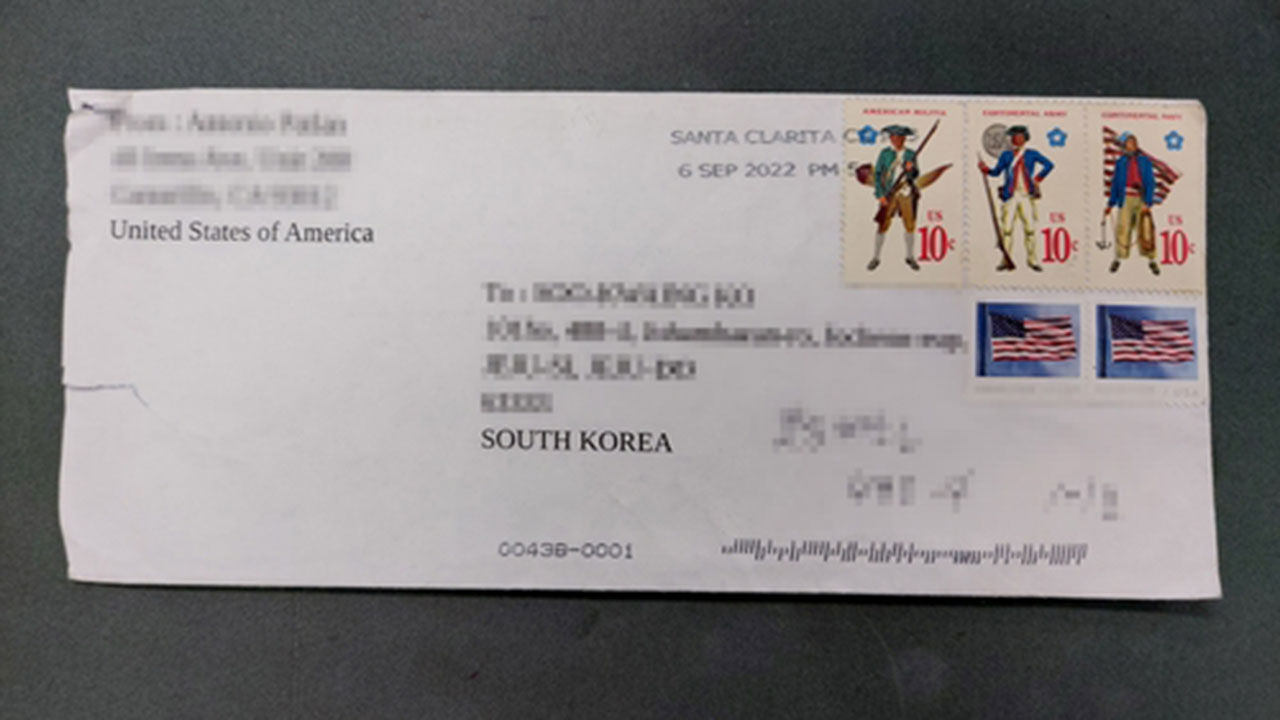 Recently, as LSD, classified as a new drug, was delivered to a family in Jeju City by international mail, suspicions are growing about who sent the mail to someone else's address and why and who the actual recipient is.

This is the first time LSD has been detected in Jeju, as well as the distribution of drugs through the mail.

According to the Jeju National Police Agency today (6th), the Jeju Branch of the National Institute of Forensic Sciences conducted a detailed analysis of mail with suspected anthrax reported to the police on the 28th of last month.

LSD is a powerful hallucinogen, usually sold as a picture printed on paper in the form of a postage stamp.

This mail, sent from California, USA, was delivered by international mail to the home of Mr. A, a resident of Jocheon-eup, Jeju-si around the middle of last month.

It was confirmed that the name of the recipient was written on the outside of the envelope along with the home address of A.

In addition, the sender's name was written on it, but it has not yet been confirmed whether the person actually resides in the place of origin.

I found it while checking the mail piled up in the mailbox by acquaintance B on behalf of Mr. A, who was difficult to move at the time.

At the words of Mr. A that 'there is no connection to the United States,' Mr. B recalled a letter he had encountered in the past media reports containing anthrax from the United States, and came to the Hamdeok Police Box and reported it.

The police believe that the current recipient, Mr. A, has no direct connection with LSD and is concentrating on digging up the distribution channels such as how the mail was delivered to Mr. A's house.

The police suspect that someone tried to receive the LSD using Mr. A's address, although the mail was addressed to Mr. A.

The fact that Mr. A is not usually in a position to check the mail frequently because of his physical discomfort increases this possibility.

In light of the recent detection of similar types of narcotics, it is possible that the drug buyer used Mr. A's mailbox as the location of the crime.

Previously, Mr. C in his 20s living in Incheon was caught by Incheon Customs while selling drugs delivered from overseas to someone else's address from June to August last year.

He used 19 mailboxes stacked with outdated mail in apartments and shops near his residence as the location of the crime, stealing recipients' names and addresses, and stealing drug-laden mail when it arrived.

After the customs discovered the drugs ordered by Mr. C from international mail from France and undertook investigations, they urgently arrested Mr. B, who was running away with drugs from the mailbox.

D, a delivery driver in his 30s in Incheon, was caught by customs in April of smuggling drugs by stealing the address and name of a customer who did not receive direct delivery from among the places he delivered.

According to the Korea Customs Service, the number of cases of smuggling of narcotics for self-consumption in small quantities of 10 g or less using international mail increased by 179% from 138 in 2020 to 385 last year.

Among them, cannabis and the new drugs LSD, Lush, and MDMA accounted for 77% of the cases.