“Objective reality may not play any role”: a psychologist on the motives of criminals attacking schools

The media play a key role in the development of such a destructive phenomenon as Columbine *, said the head of the department of medical psychology of the Scientific Center for Mental Health of the Russian Academy of Medical Sciences, a leading researcher at the Department of Personality Psychology, Faculty of Psychology, Moscow State University named after M.V. Lomonosov Sergei Enikolopov. In an interview with RT, he explained that media attention is most often riveted to the personality and biography of the killers, and not their victims, so journalists involuntarily glorify mentally ill criminals. At the same time, many of them were not at all hunted outcasts, as is commonly believed, but only perceived themselves as such due to mental deviations. Therefore, it is almost impossible to identify a potential criminal by external signs. Even experienced psychiatrists can only diagnose the disease, but are not able to predict 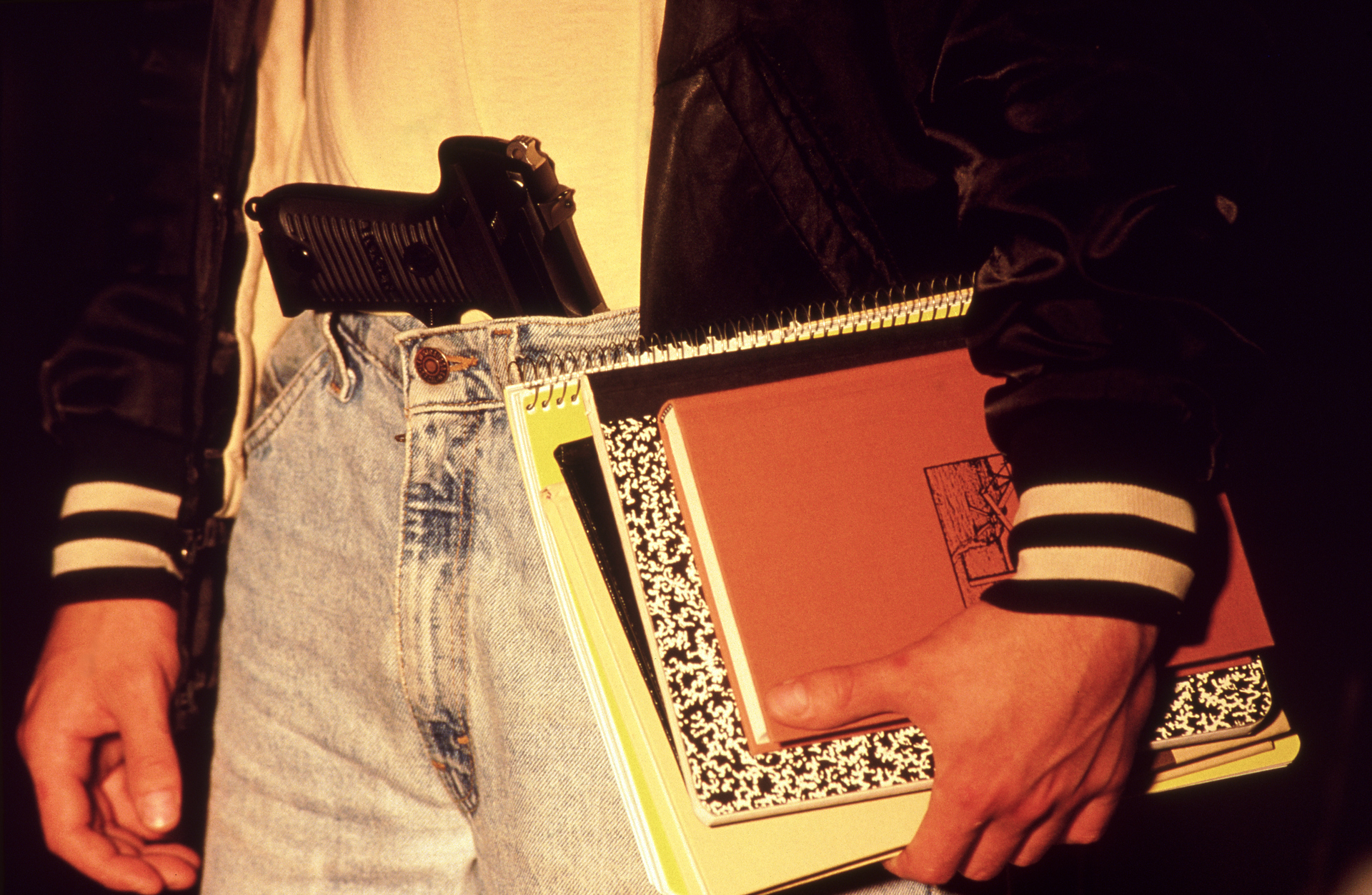 - Sergey Nikolaevich, at the end of September, a shooting took place in Izhevsk school No. 88, 17 people died.

Unfortunately, this is not the first such tragedy.

many attacks on schools are new?

“It is absolutely not new.

The first case of mass murder at a school was recorded in the United States in 1927.

So the problem that has been called “Schoolshooting” in our time * has been around for almost a century.

There have been such criminals before, they do not always resort to firearms, they can also use other weapons of crime, for example, explosives.

So although the term associated with shooting has become fixed in the lexicon and in the legislation, in fact, the key criterion in this case is not the method, but the place of the crime.

It is important that it takes place in an educational institution, it is not necessarily a school.

— Is there any common explanation for this phenomenon for all countries?

- In all countries, such criminals are driven by similar motives, the differences are very small.

To begin with, they have something like a specific ideology, although it is difficult to call it ideas in the normal sense.

You can call it a kind of paradigm, maybe it will be more accurate.

But at the same time, he postulates his superiority over others, sometimes even over all of humanity.

Up to the deification of oneself, as was the case with the Kazan criminal.

Actually, such a psychology is described in Dostoevsky's novel Crime and Punishment.

Such a dichotomy is observed in Rodion Raskolnikov: I am a louse - I am God ... People with such a perverted self-perception are usually attracted by the so-called "Columbine".

They find in this movement an ideological justification for their internal problems and contradictions.

Why do these criminals behave in such a similar way, even copying each other's clothing style?

Are these images spread through the media?

Seriously, it is the media that are to blame for the emergence and development of this extremist movement.

Because such tragedies are always described by journalists in a very one-sided way, according to one scheme, where the emphasis is on the identity of the killer.

Every time the same thing: dozens of articles and reports are published about who the killer was, how he studied, what kind of relationship he had with his peers, what he was fond of, what he talked about, etc. They also begin to discuss whether his classmates bullied him or classmates.

And this is also speculation, because in the mind of a mentally ill person, objective reality may not play any role.

He may not be an outsider in reality, but his mind will still be dominated by the self-perception of himself as a victim and at the same time as a superman.

In fact, most of these criminals were not victims of bullying.

Most of these people are mentally ill - maybe up to a certain point the disease simply did not manifest itself clearly.

And before the exacerbation, they do not even fall out of behavioral social norms.

Therefore, others may not even guess that this person considers himself an outcast.

- Can a psychologist, a psychiatrist at an early stage identify a tendency to such actions?

- In theory, it can, but only in theory, because such a task is usually not set before psychiatrists.

Moreover, most often such criminals die themselves, it is difficult to analyze their psyche after the fact in order to make any generalizations.

At least, academic studies of this kind are not carried out.

Typically, in clinical psychology and psychiatry, such methods appear as follows: first, work is carried out with some type of patient, then this experience is generalized and becomes the property of the scientific community.

And then it is reflected in diagnostic and therapeutic approaches.

Unfortunately, in the case of attacks on educational institutions, such work has not yet been carried out, although, of course, it needs to be done.

If we talk about what can be done right now, in addition to installing metal detectors at the entrance to schools and other security measures, it is very important to pay more attention to mental health services than is being done now.

Yes, we have psychologists in our schools.

Most of the specialists working in schools have the word "teacher-psychologist" in their diplomas.

Therefore, they cannot diagnose or detect mental disorders in anyone.

“Will a clinical psychologist be able to recognize that a person is planning to commit such a crime in the near future?”

- Probably, an experienced specialist will note some deviations.

But, for example, in the USA there was a case when such a criminal just a few weeks before the attack went to a psychiatrist who prescribed him medication, and the doctor did not notice anything.

The fact is that a mentally ill person can suddenly "jam" in the head, a spontaneous impulse arises.

Physicians can recognize an addiction, but they cannot determine whether or when a particular patient will commit a crime.

The same is true in the case of suicides - only suicidal tendencies can be detected.

Are there any mental or psychological disorders typical for such criminals?

- In such cases, there is often a depressive component, and depression often leads to suicide.

If an ordinary criminal always thinks over ways of retreat, the possibility of hiding, then such criminals do not have an instinct for self-preservation.

- Why do some of them return to school or other educational institution for reprisals years after graduation?

Part of this can be explained by the influence of the Internet and the media, because the defects of the school system are constantly discussed everywhere.

And such a person may get the idea that all his failures in life are connected precisely with the school.

The school as an institution has been demonized by society.

- How should the media cover such tragedies so as not to provoke other potential killers?

- Firstly, calmer, and secondly, the emphasis should be shifted towards the victims, not the perpetrator.

Even if we take the latest tragedy, thanks to the media, everyone knows the age, biography of the attacker, but what is known about his victims?

The same is observed in the United States, where such tragedies occur very often - the media constantly talks about the killers, involuntarily glorifying these sick people.

Under the influence of this propaganda, new criminals begin to imitate their predecessors and adopt their paraphernalia.

What is striking is that society, thanks to the work of the media, has almost no compassion for the victims - neither in the United States nor in Russia.

American psychologists have been writing about this dangerous phenomenon for a long time.

— Are there countries where it was possible to solve this problem and eradicate cases of attacks on schools?

Is it possible to borrow someone's experience?

— No, there are no such examples yet.

Another question is that there are countries in which there have simply not been such cases so far.

- If school psychologists cannot diagnose students, can they, for example, monitor the psychological situation at school together with teachers?

- They can, and for this both psychologists and teachers must understand that their tasks include not only teaching disciplines, but also raising children.

Teachers should tell what is good and what is bad.

That, for example, you can’t bully someone, and if a teacher sees cases of bullying, he must stop the children.

However, studies show that most teachers today do not even pay attention when one of the students is being bullied.

- Is it possible to introduce a new criterion for evaluating the work of teachers for schools - a good psychological climate?

— That would be right.

Moreover, in a school with a good psychological atmosphere, children will learn better than in stressful conditions.

Yes, so far there are no criteria for assessing the psychological well-being of schools, but if such a task is set before the scientific community, then the criteria will be developed over time.

* "Columbine" ("Schoolshooting") - the movement was recognized as terrorist by the decision of the Supreme Court of the Russian Federation of 02.02.2022.