It is not the first time that he has crossed a Madrid bar demonstrating power. Dressed in tropical print, she pulls her easy smile as one hand stirs bourbon with... 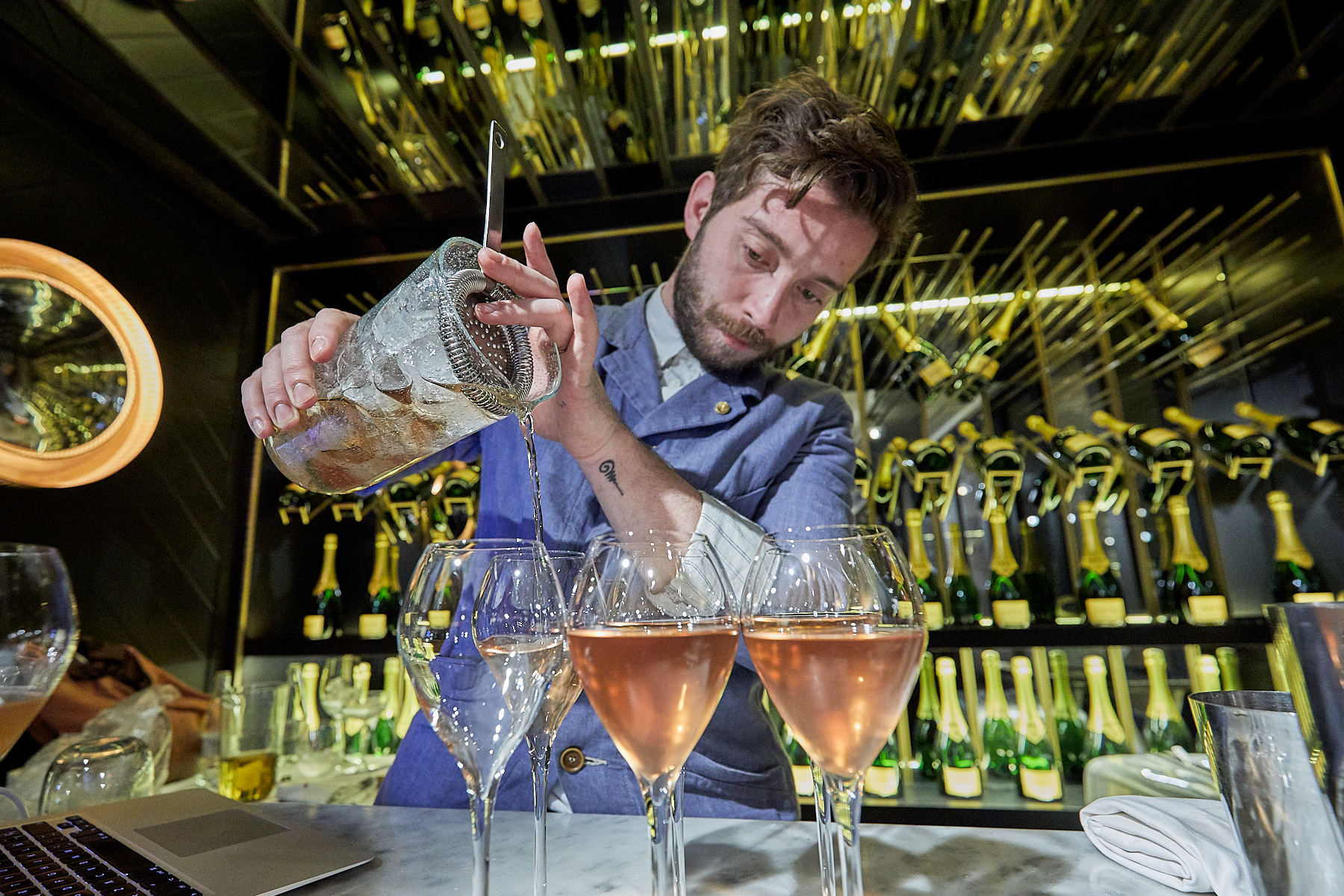 It is not the first time that he has crossed a Madrid bar demonstrating power.

Dressed in a tropical print,

she pulls her easy smile as she stirs cinnamon bourbon and Cream with one hand and swirls a shot of mezcal with the other.

With that last name, the mix was written in her destiny.

As usual in Spain as on the list of the most influential people in the industry,

He then enjoyed the night at the

cocktail party , held at the Edition hotel, and over the weekend he attended

, the event that brought together some of the most relevant cocktail bars in Latin America at Salmon Guru and Viva Madrid.

the United States they think that the heart of the industry is Barcelona, ​​but Madrid is already at the same level."

FROM NEW ENGLAND TO MALASAÑA

and among Hispanic-American bartenders.

There is a reason for this connection: "I'm from a very small state, Vermont, but I moved to Guatemala when I was 19 years old.

It was my first time traveling alone and I fell in love with such a different culture. I learned Spanish and started working in bars and at Café No Sé. I also traveled to Mexico

, to see palenques in Oaxaca and learned about mezcal".

The Leyenda bar, which she has run in Brooklyn since 2015, and her book,

"It's not my culture but it was my inspiration; even when I worked at the Clover Club, which has classics like the Dry Martini or the Old Fashioned, I was already making cocktails with pisco and cachaça."

And it is that the opportunity to set up his pan-Latin place, which people also fill for dinner, came

from the hand of his partner and mentor Julie Reiner, a fundamental woman to understand the modern cocktail bar in New York

"In 2014 she asked me if she wanted to open a bar because she wanted a tequila and mezcal bar."

Ivy picked up on the suggestion but she spread the idea and added Caribbean rum, cachaça, pisco and singani to the agave drinks.

Leyenda is a cocktail bar that makes a lot of Margarita, it even has taps, one of its own classics being a drink she calls

, a Mai Tai with mezcal.

A BAR ON PEZ STREET

Ivy Mix is ​​that mixture: Anglo-Saxon presence but a more relaxed spirit.

That's why he fits in the bar on Pez Street where he presented four of his cocktails, with Michter's American whiskey but also with Los Siete Misterios mezcal, Jamaican rum and ingredients such as pineapple, sage or jalapeños.

"I had a great time," she told us the next day, tired but satisfied.

who came for my cocktails and came up to thank me. I like doing

Also, Alberto has a great team and it's a very comfortable bar. And we sold all".

His figure, however, is not limited to the cocktail.

Since last year he has

, a mainly wine shop, and he even makes his own mixing glasses with his father, an artisan glass blower.

But where Ivy Mix breaks the mold is with his activist profile.

Ten years ago, she co-founded

competition for charity to fight cancer

and which has raised more than a million dollars.

"We want to extend ourselves again to other countries, hopefully also to Spain".

Feminist, better not to mention Trump: "Everything is changing after

And there is no United States after Trump because he is still there. Biden is better but I want to have a woman in the White House

although I don't know if we are ready. It seems that the only way is a Le Pen or a Meloni".

There is also a lot left for his ideal of conciliation and equality in the cocktail bar.

"It's even more difficult in the United States because we don't even have maternity leave. It's almost impossible to see women with children in the industry. Carina Soto de Candelaria, in Paris, Julie...

I want to have children but I don't know how

Now there are the

in Barcelona and only one or two women own these bars. I used

but now I focus on seeing that we need more women in positions of power.

Demonstrate that there may be bar owners with children because women can do many things at once".

This is how Ivy wants to change the world while she also dreams of returning to the Sanfermines.