Recently, an injection procedure in which a substance called 'exosome' extracted from stem cell culture is directly injected into the skin for skin beauty is gaining popularity. 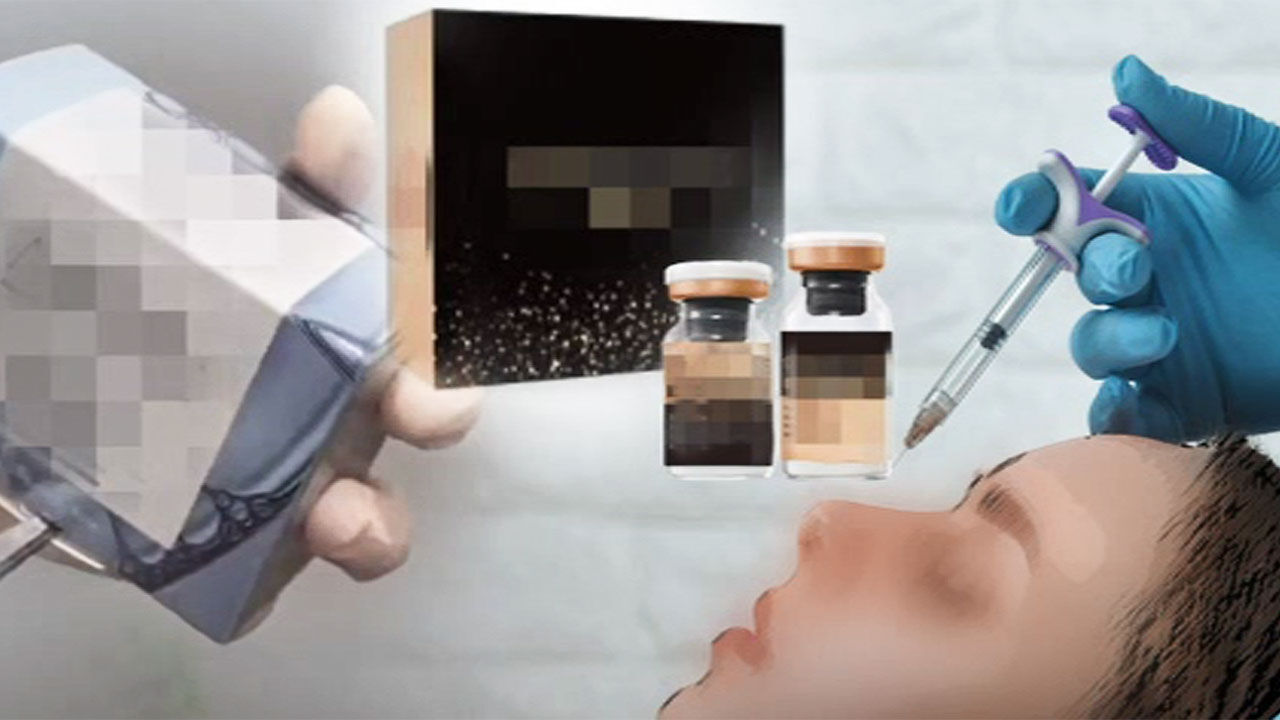 Recently, an injection procedure in which a substance called 'exosome' extracted from stem cell culture is directly injected into the skin for skin beauty is gaining popularity.

However, it has been confirmed that this substance that goes directly into the skin has not been approved as a drug.

I searched for 'exosome' on an internet portal site.

You can easily find hospital promotional materials that say that it can have a great effect on skin regeneration and improvement of elasticity, along with reviews about the injection procedure.

It is a method of injecting a substance called exosome extracted from stem cell culture solution into the dermal layer of the skin with a needle.

The problem is that all products used as injections need drug approval, but exosome products are registered as cosmetics.

Pharmaceuticals must comply with the sterilization of the manufacturing process along with the product approval procedure that verifies safety, but cosmetics can be registered without this procedure.

It has not been confirmed what effect it will have if injected by injection, and it is only registered for use on the skin surface.

[A Dermatologist: Because it's okay to inject it and it's a waste if it leaks.

It can't be dangerous.

There are no side effects to the drug.

We do not use cheap drugs.]

Another place emphasizes the effect even though it is illegal.

[B Dermatology official: It is illegal to inject.

When it becomes a problem, there is no way for you to be guaranteed anything.

The effect is bound to be good.]

Recently, complaints of side effects such as scars and redness have been received, but management and supervision of these problems are not being performed properly.

It was confirmed that even within the Ministry of Food and Drug Safety, the department in charge of this product could not be decided as opinions were divided over whether this product was a cosmetic or a drug.

[Hye-Young Choi / Member of National Assembly Health and Welfare: Common sense is that the government safely manages substances injected into the human body.

Investigation of the actual situation and preparation of countermeasures are urgently needed.]

As the number of users of exosome injections continues to increase, it seems that the authorities urgently need to prepare safety standards for this.