In September 2016, a magnitude 5.8 earthquake occurred in Gyeongju. It was the most powerful earthquake ever observed in Korea, and after a long study, the exact cause was revealed. 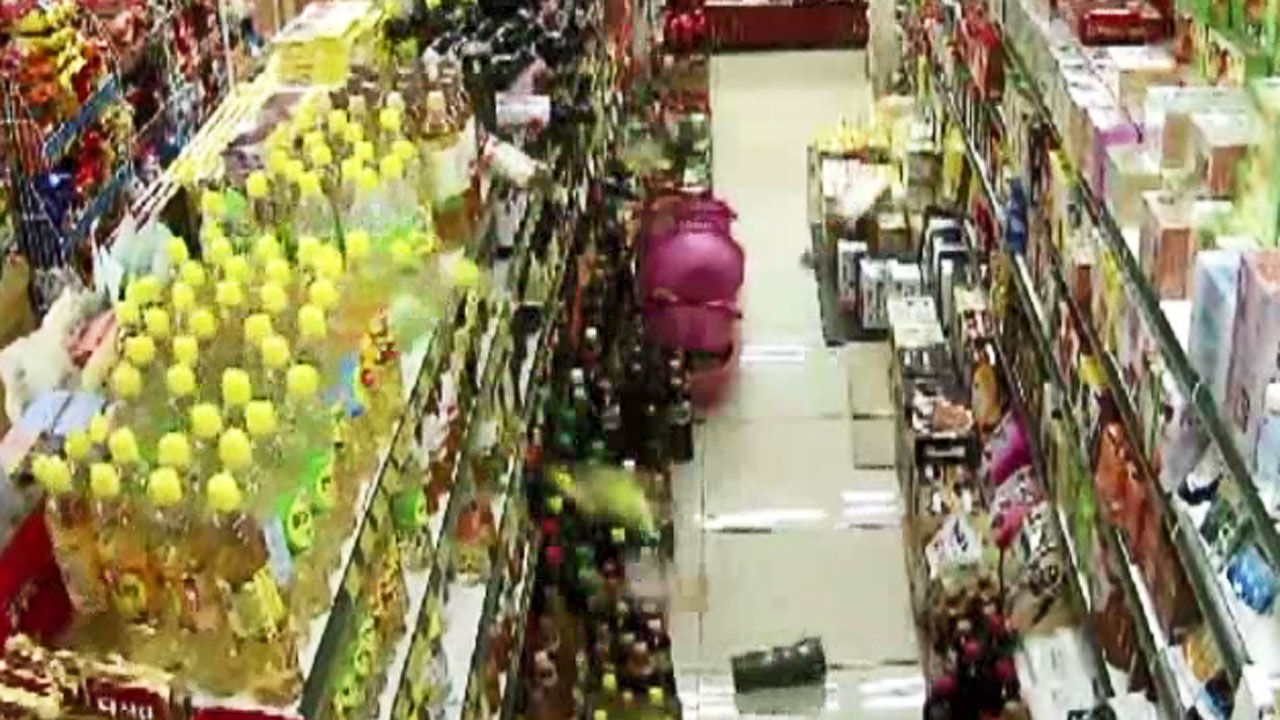 In September 2016, a magnitude 5.8 earthquake occurred in Gyeongju.

It was the most powerful earthquake ever observed in Korea, and after a long study, the exact cause was revealed.

The research team analyzed that an earthquake with a magnitude of 6.0 or greater could occur on this fault in the future because it is caused by a newly discovered fault rather than the fault that has been pointed out so far.

This is the exclusive report by Seo Dong-gyun.

The shop windows are shattered, and two citizens rush out.

A vibration is transmitted along with a roar to the studio that was broadcasting live.

This is a picture of the Gyeongju earthquake in 2016, which injured 23 people and caused property damage of 11 billion won.

At 5.8 on the Richter scale, it was the largest earthquake observed in Korea, but the exact cause has not been determined.

The research team installed 200 seismometers in the Gyeongju area and observed even small-scale earthquakes.

It was named after the 'Naenam Fault', the area where the fault was found, Naenam-myeon.

It is a small fault at a depth of 10 to 16 km, and it has a complex structure that is divided into several pieces.

The research team analyzed that there is a possibility of an earthquake exceeding the magnitude of the 2016 earthquake, saying that the force acting near Gyeongsang-do is being applied in a favorable direction for the Naenam fault to operate.

[Lee Jin-han/Professor of Earth and Environmental Sciences, Korea University: I calculated the largest earthquake that could occur when the entire area of ​​the (Naenam Fault) ruptures at once.

The largest earthquake can travel up to 6.1.]

As a new active fault that was not previously known has been discovered, greater earthquake preparedness is necessary.

Q. Is there a possibility of an earthquake?

[Reporter Dong-Kyun Seo: Once the fault has been discovered, it is only considering the possibility of an earthquake, not about when and how an earthquake will occur.

The frequency and timing of earthquakes are unknown.

The result of this investigation is that there is an active fault that can cause a strong earthquake in this area, so prepare and prepare in advance.]

Q. What about the Wolsong nuclear power plant?

If a magnitude 6.1 earthquake occurs on the Naenam fault, we calculated the energy that would reach the nuclear power plant.

, it was evaluated to be far lower than the Wolsong nuclear power plant earthquake-resistant design 0.2g.

Therefore, even if a magnitude 6.1 earthquake occurs on the Naenam fault, it will not be a problem for the nuclear power plant facilities.

However, during this investigation, many small-scale earthquakes were observed on the east side of the Miryang and Ulsan faults.